A recent video posted on youtube on April 26, 2016 shows a two-engine jet leaving a single trail from the starboard engine that stopped eventually. 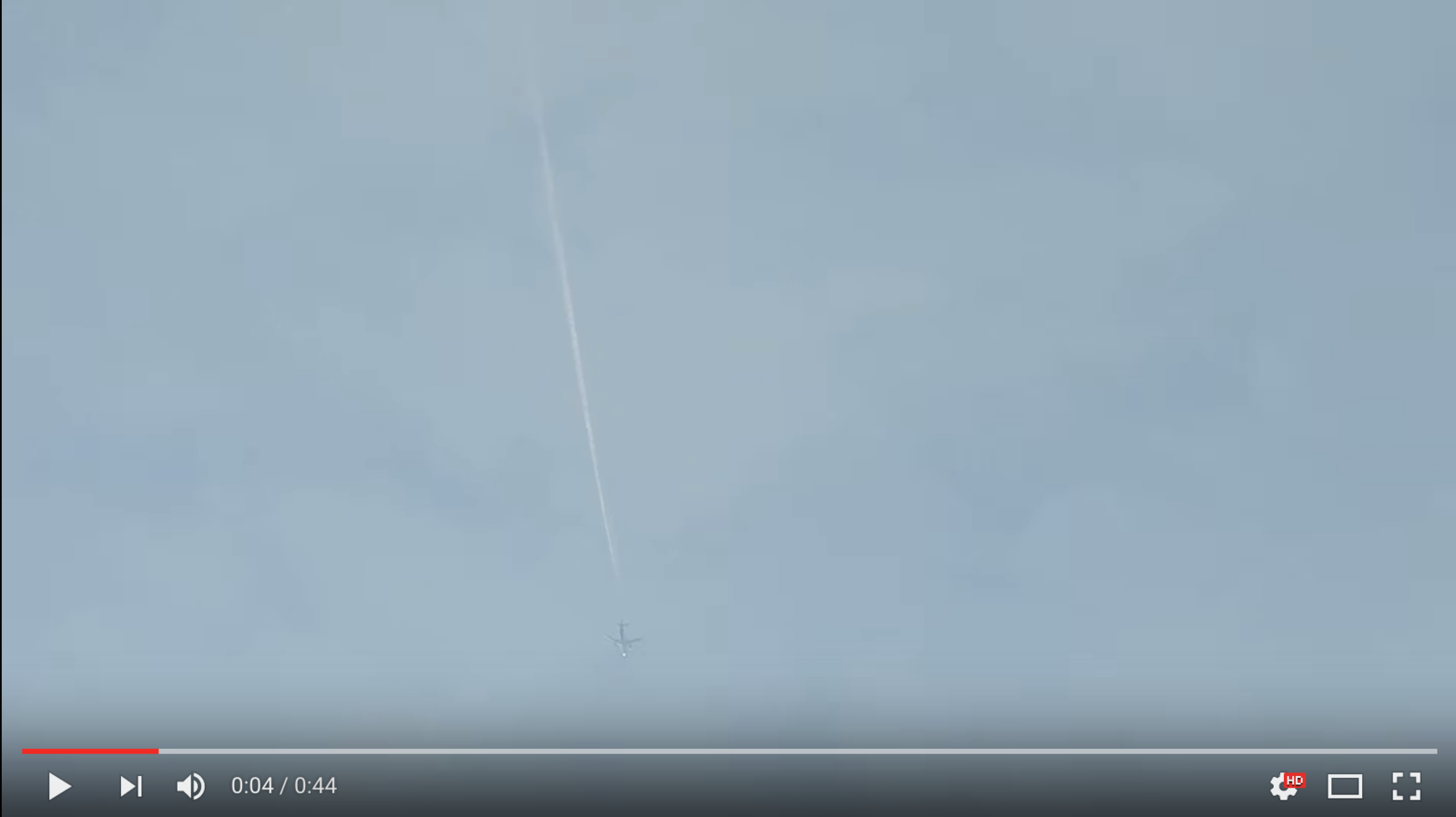 In the very beginning, there are also remnants of the port engine's trail that stopped earlier. The video was taken in Thuringia in the middle of Germany, but no information was provided on the exact location, date and time of filming.

Fortunately, in the video there is a zoomed in image of the aircraft that allowed its unambiguous identification: 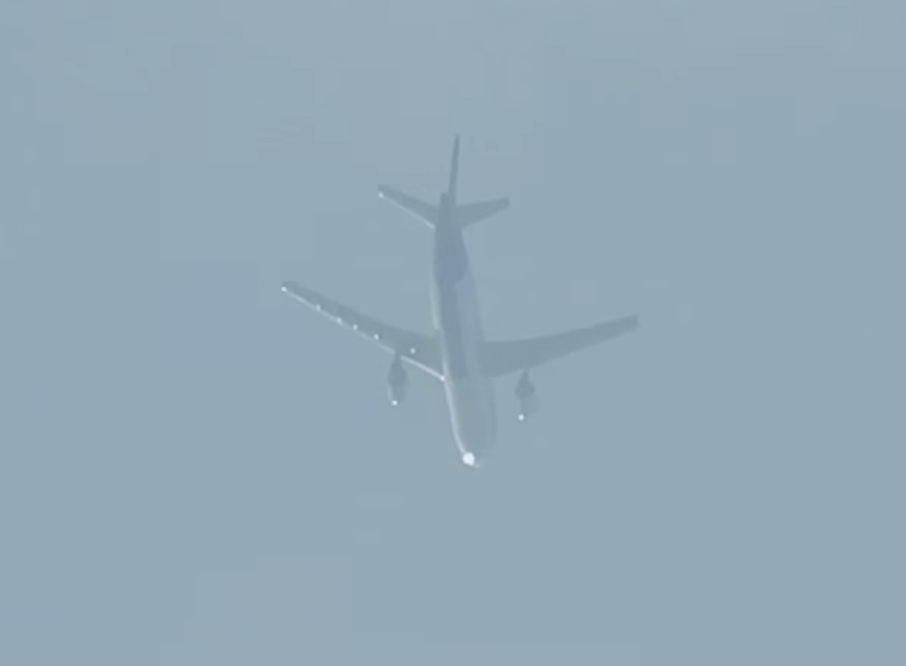 The Sun's reflections from the bottom of the wing revealed five flap track fairings per side, more than in any modern airliner, but characteristic of an older Airbus A300. A small number of A300s are still flying in Europe, mostly as cargo planes. The zoomed in image also shows a bit of the airline livery - a dark (blue?) painted tail and a half-lenght strip underneath the body. These belong to a recent livery of MNG Airlines, the Turkish cargo airline with hubs in Istanbul and Cologne, Germany. 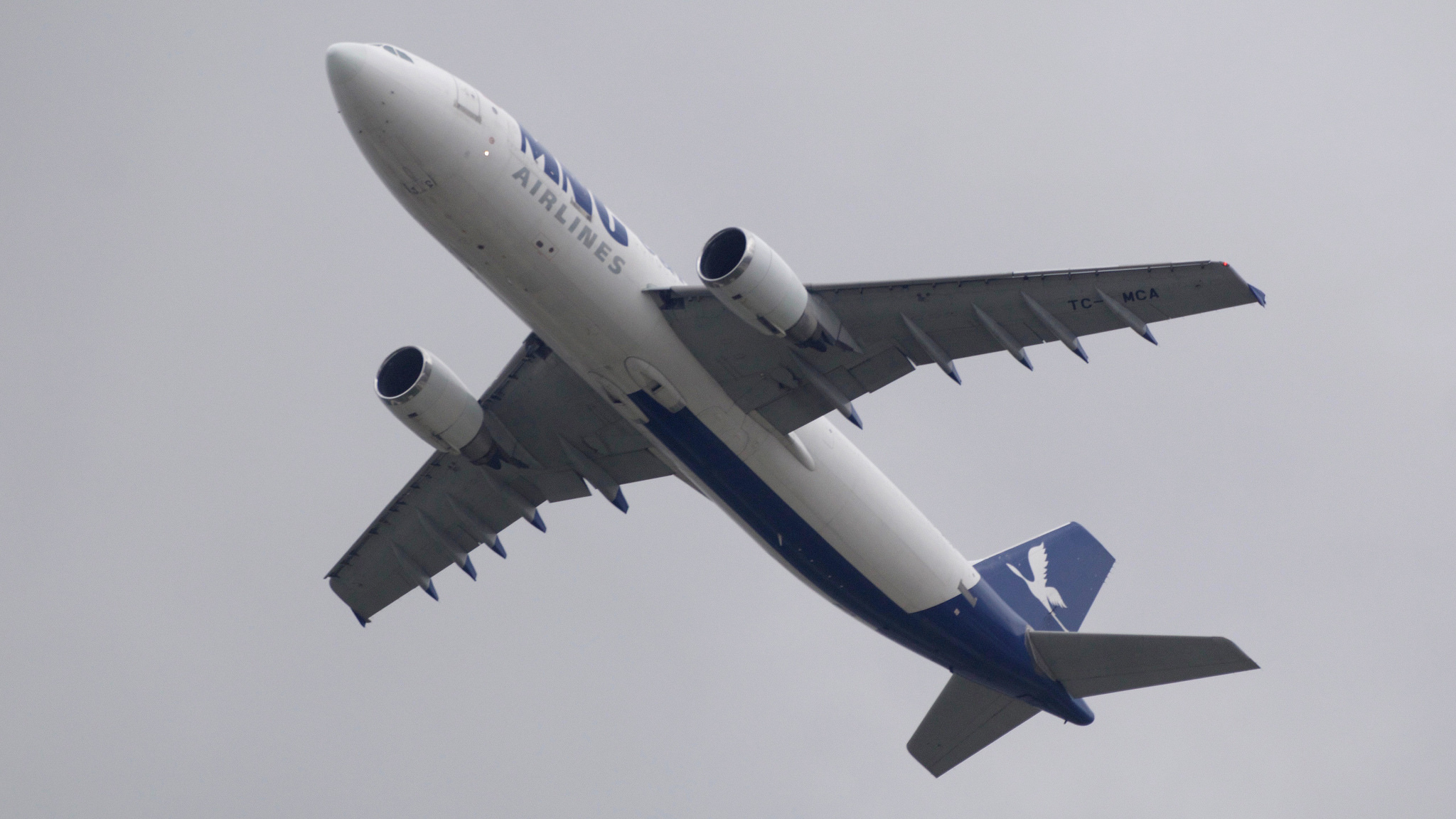 TC-MCA by Jim Fulton, on Flickr
The airline has six active A300s in its a fleet and operates regular flights from Istanbul to Germany and beyond. Of these, only MNB6121 to Cologne passes over Thuringia. The most of MNG flights to and from Western Europe are in the night time, with the exception of Sunday's flights to Cologne, which arrive there in the afternoon before sunset. Of the four MNB6121 Sunday's flights in the past month, the two on April 3 and 24 were made by TC-MNV, and the other two on April 10 and 17 were made by TC-MCA. Both aircraft were sporting the above livery, however a few months ago TC-MNV had been repainted to a new livery that rules it out. In contrast, TC-MCA remains in the original livery, in which it was photographed on landing in Cologne three weeks ago, on Sunday, April 10, 2016: 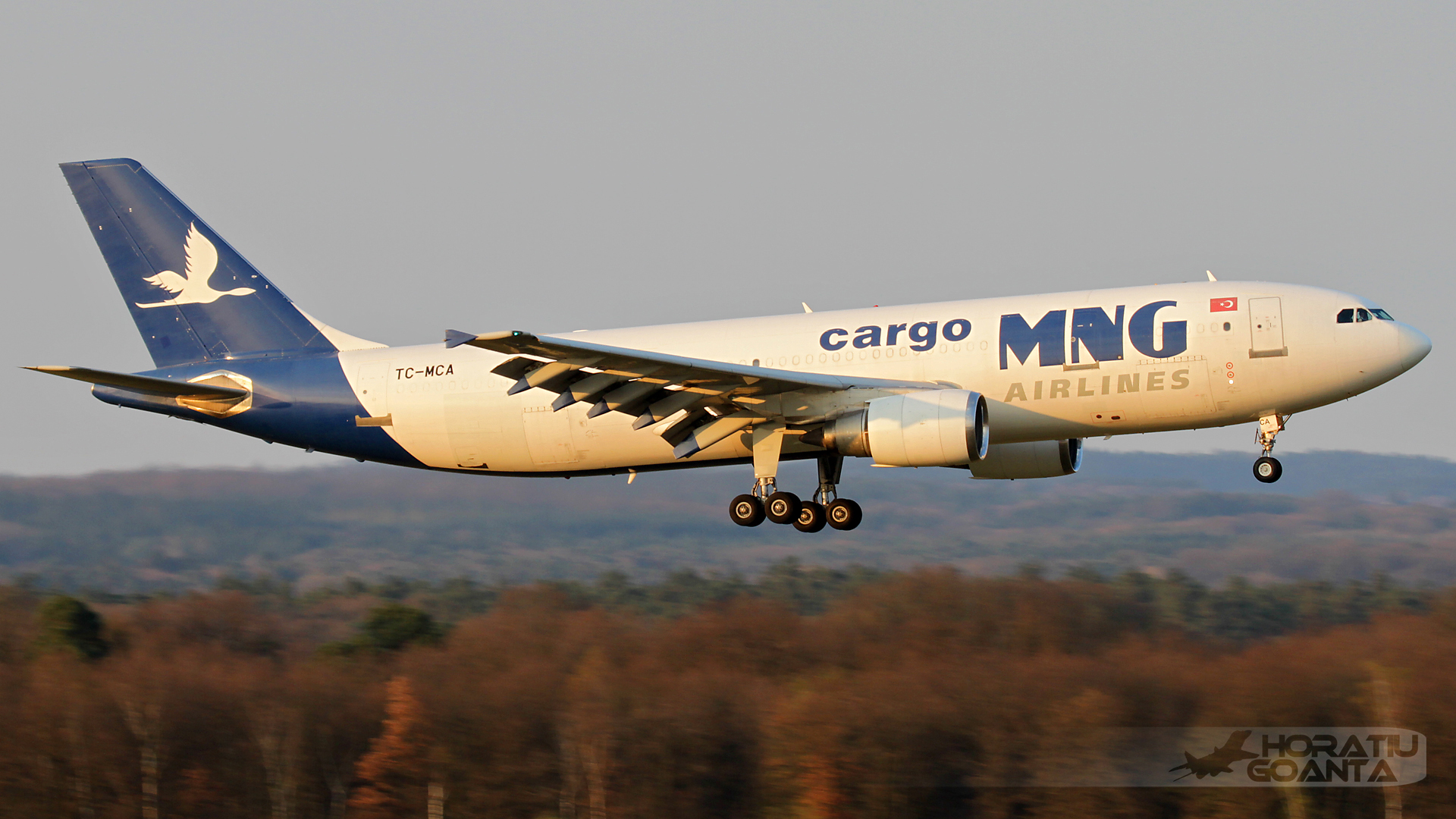 Therefore it almost certainly was TC-MCA, the only remaining A300 in this livery, which probably was videoed in the late afternoon on either April 17, which is closer to the posting date, or, alternatively, one week earlier on April 10. The Planefinder.net playback shows that on both occasions the aircraft passed over Thuringia, where its descent to the Cologne Airport had begun. 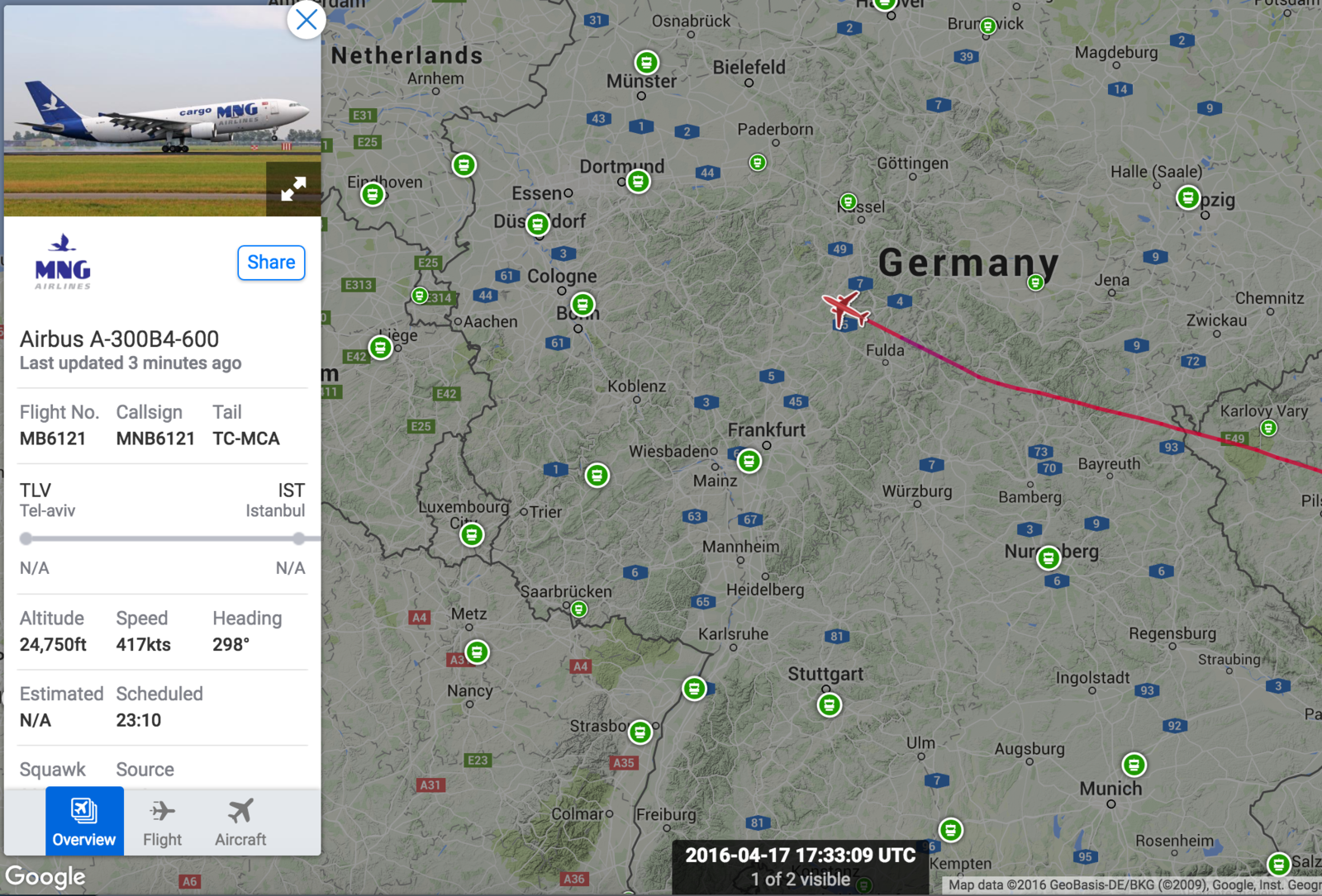 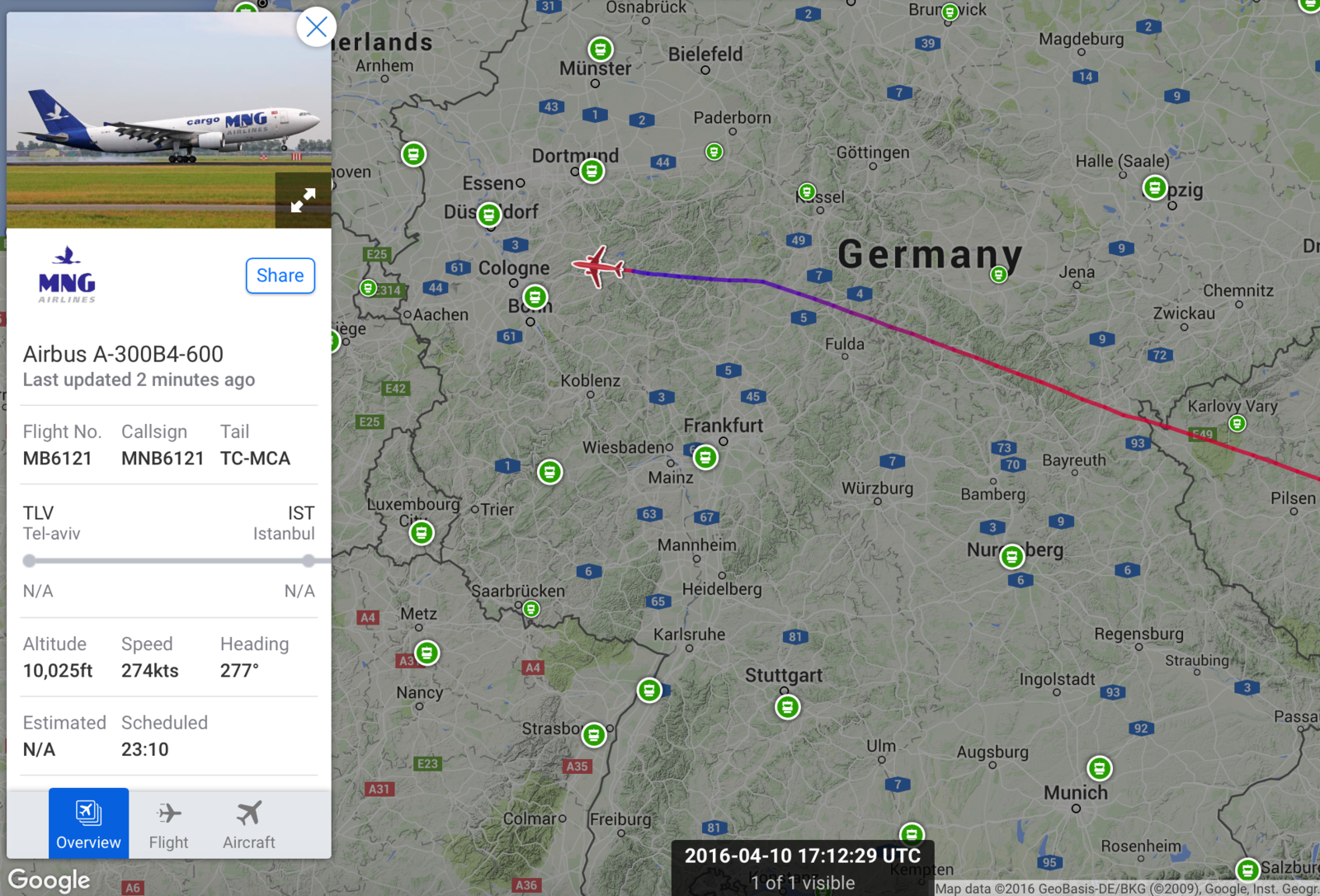 The descent from from 34,000 ft to a warmer air below can account for the contrails' stopping. Still, the main question remains: why did the contrails from different engines stop asynchronously?

I have come with two possible simple explanations. One is that the old plane during its 20+ years' service could have the original engines replaced with two different engines of slightly different efficiencies. The other is that the pilot initiating descent could have throttled down one engine, while keeping the other engine's settings unchanged. I would like to hear professional opinions about these, as well as other possible explanations of asynchronous stopping of contrails.

Staff member
That A300C4-605R's (TC-MCA) engines are listed in several places as as 2x GE CF6-80C2A5. This document suggests no intermixing is certified, but might be out of date. 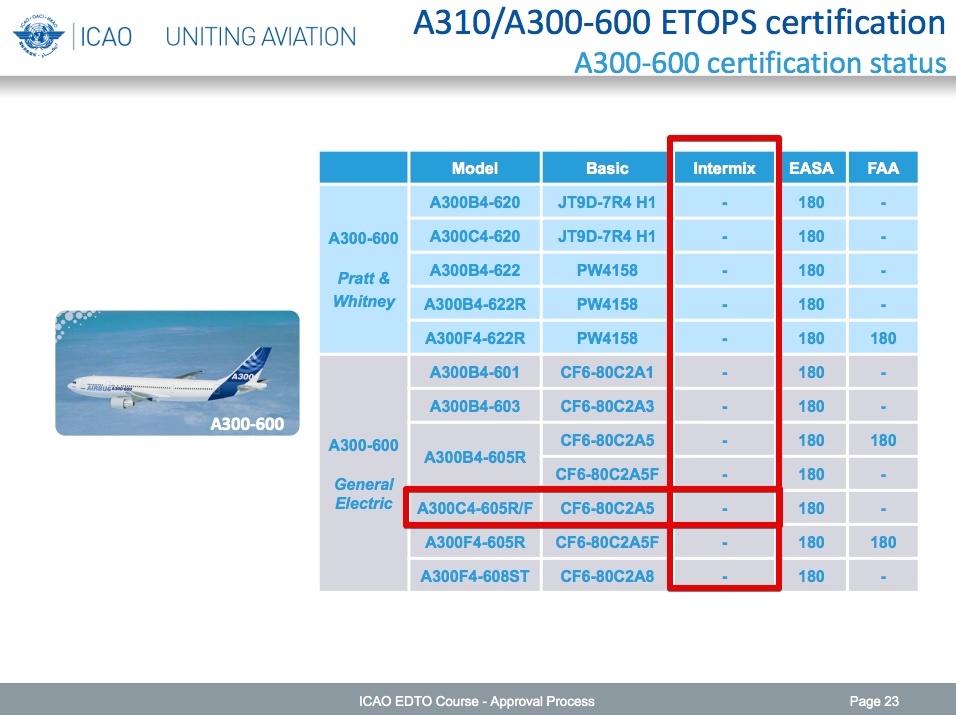 Engine thrust is always kept symmetrical unless there is a some sort of malfunction or procedure to go through.

With older engines though their may have been some difference in the fuel control units that allowed one trails to last a little longer as the thrust was brought back to initiate the descent. Th effect was only for a couple of seconds so while I am speculating here, it is plausible.

TWCobra said:
Th effect was only for a couple of seconds
Click to expand...

In the video, one contrail outlasted the other by about ten second or more. I think this asynchrony is somehow related to the plane's old age, but can only speculate about its possible causes.

Anyway, the asynchrony of engine contrails ought to be due to either different engines, or different engine settings. If the latter is true, it could be a malfunction, or a deliberate procedure. Perhaps, the old aircraft engines have a "temper", responding differently to controls, like some old car engines?
Last edited: May 2, 2016
You must log in or register to reply here.