Tube-like objects on back of wing [Static Wicks, Static Dischargers] 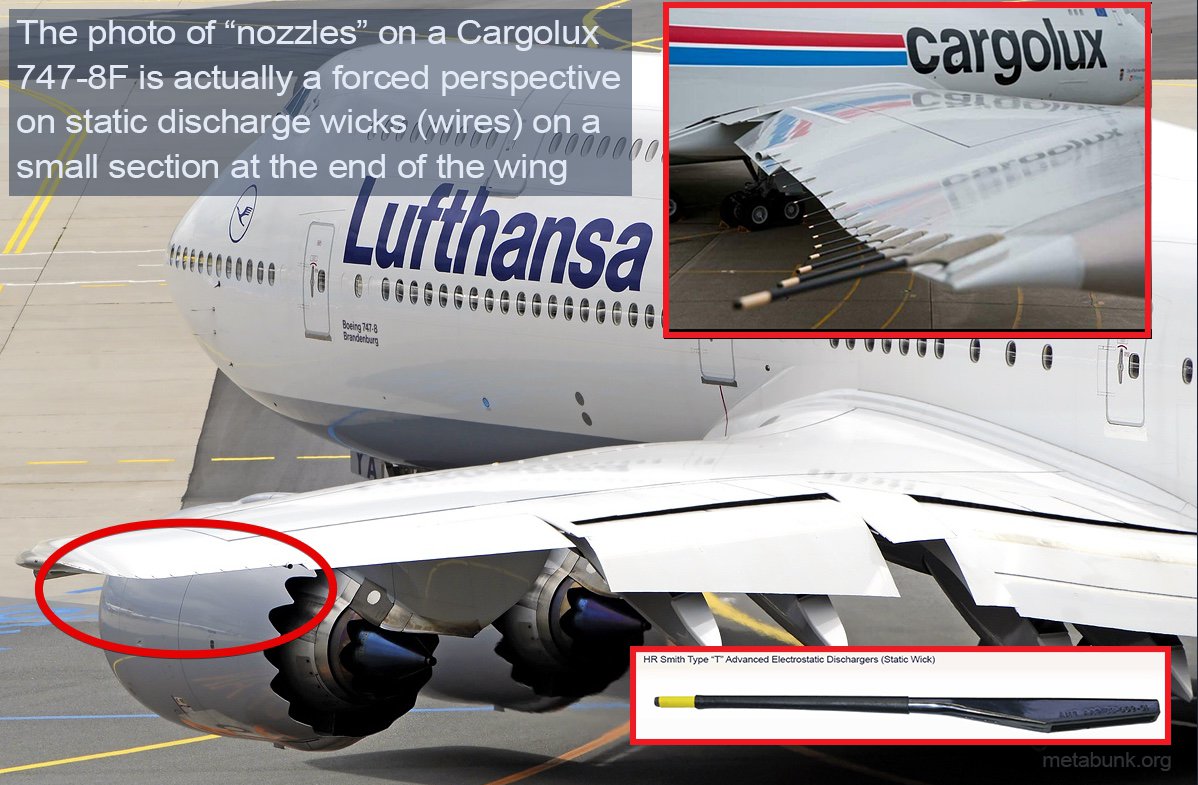 This photo of what looks like "nozzles" is currently being sharing on social media as supposed evidence of a secret spraying program using commercial jets (i.e. the "chemtrail" theory). 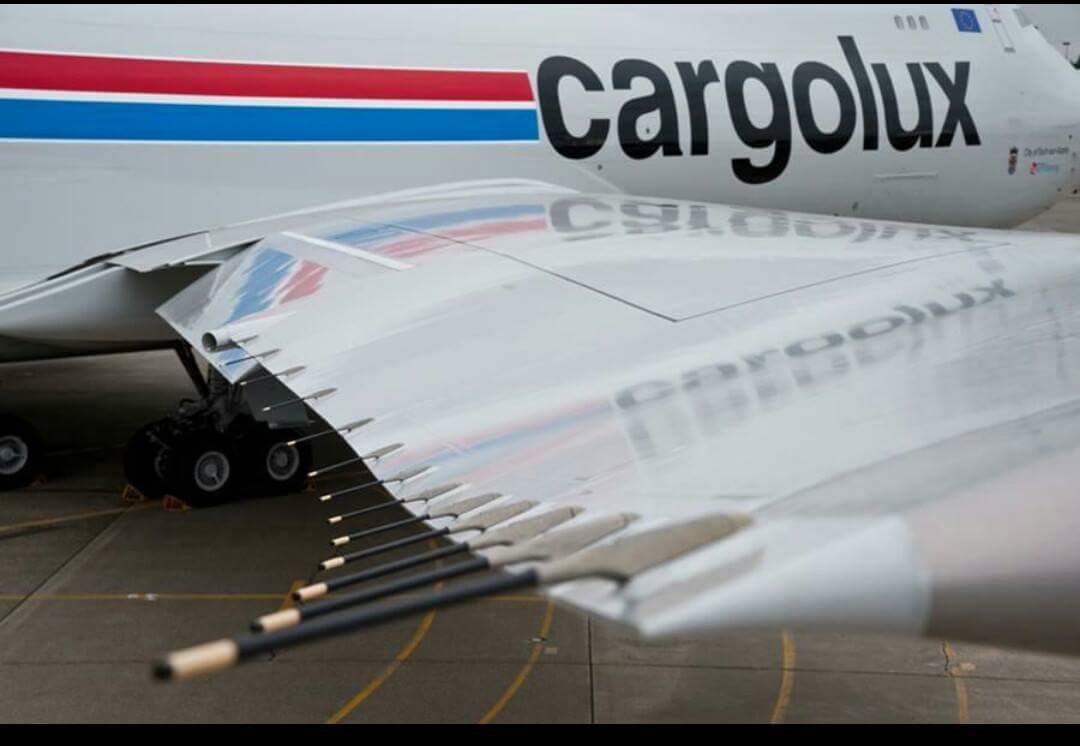 The image that is being passed around has a very forced perspective. It look like the wicks go along the entire wing, but it's actually just a few feet towards the tip of the wing. The wicks are barely visible in most photo of a 747-8F, because the plane is so big, and the wicks are tiny. 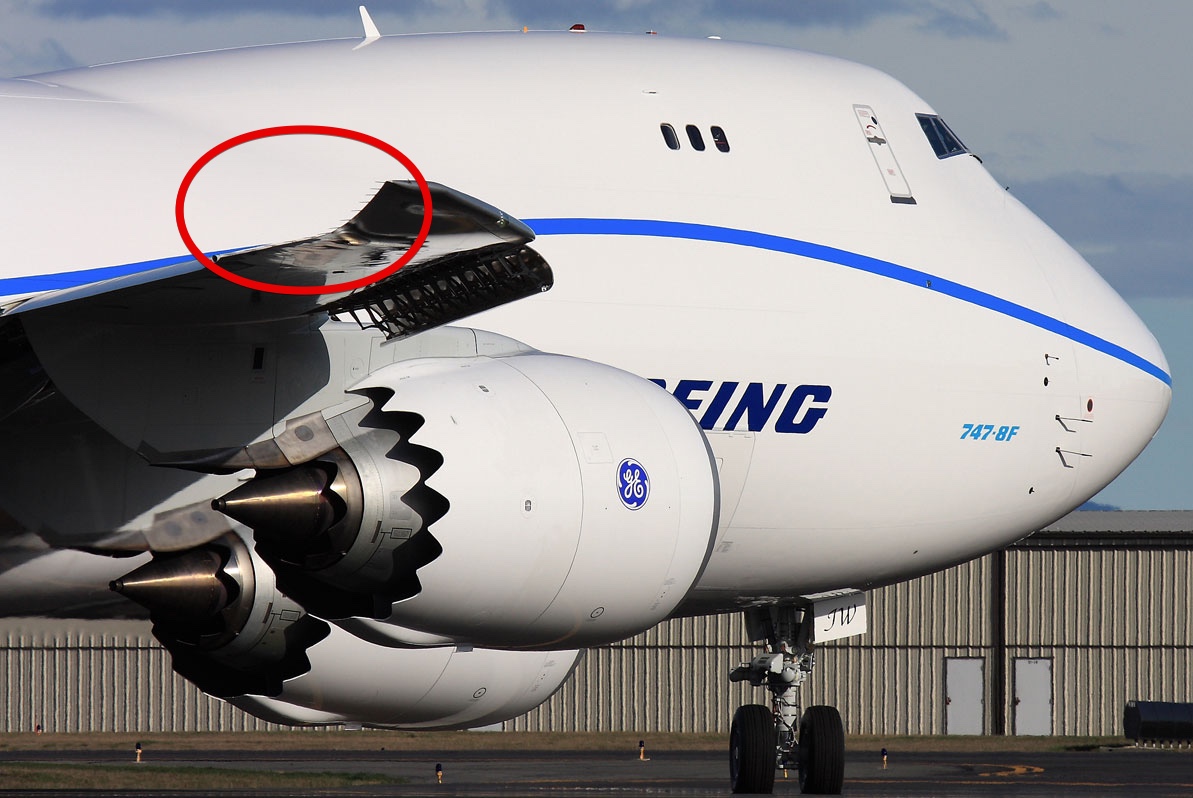 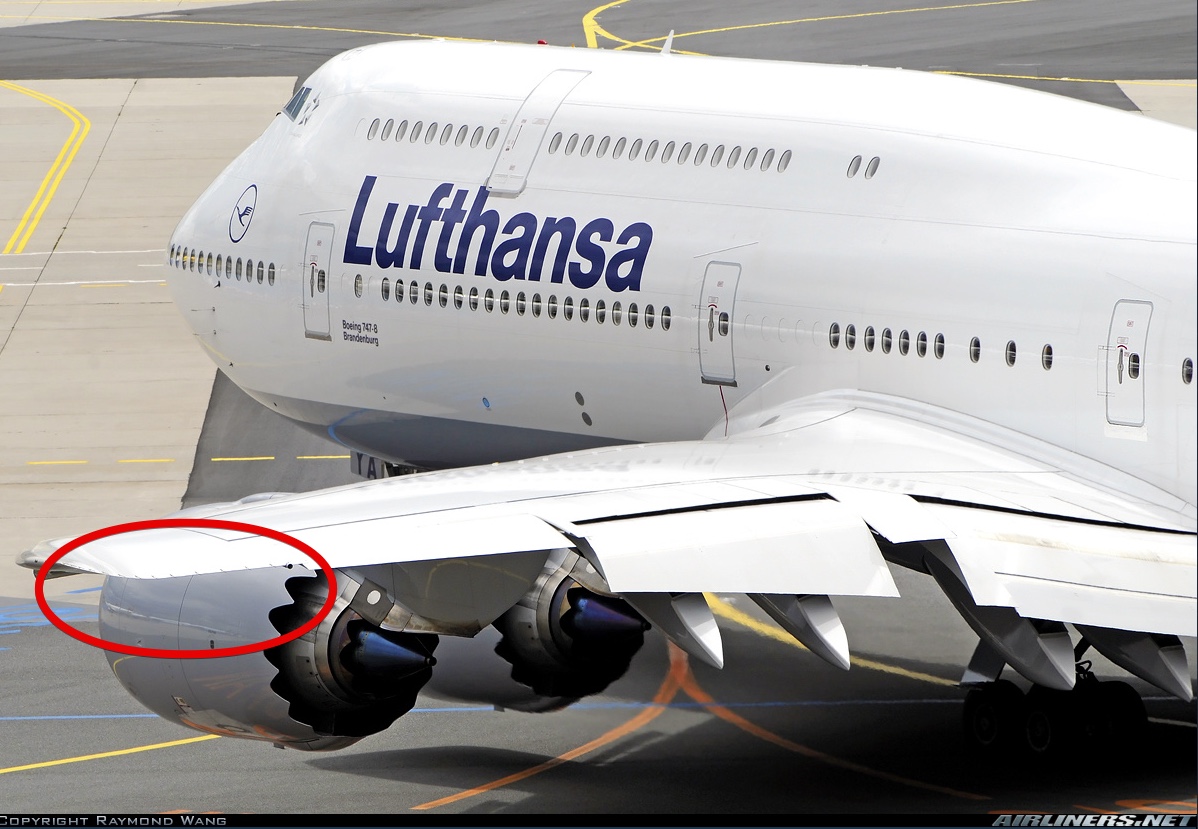 From inside the plane they are barely visible, way out on the end of the wing. 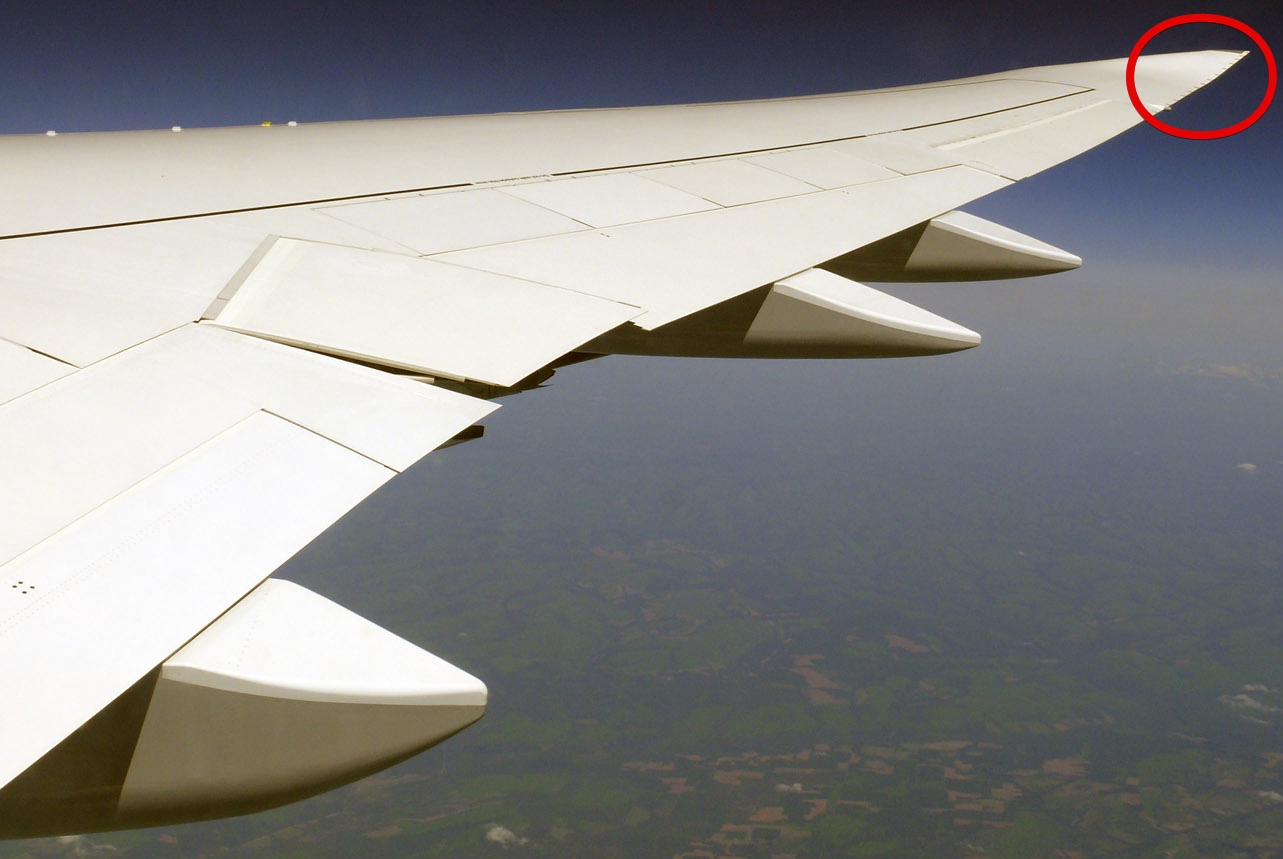 This video shows the wicks in context, and gives you a better idea of their size.

Here's a patent for a static discharge wick. It's basically a piece of multi-strand steel cable, covered in plastic, less than half an inch thick. 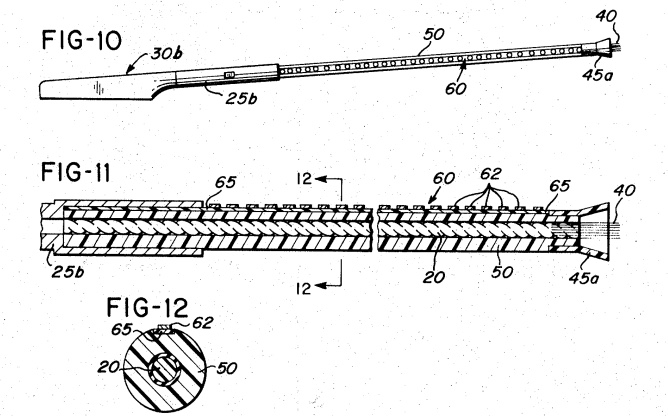 There is actually one "nozzle" in the photo though, the fuel dump vent. Due to the force perspective it looks like it's in the middle of the wing, but it's actually near the end (with the wicks)

Heres the vent in action. Jets sometimes have to dump fuel when they have to return after takeoff (or land midway to their destination) due to some emergency.

And here's a shot of a fuel dump with the static wicks visible, giving a good sense of scale. This is on a 777. 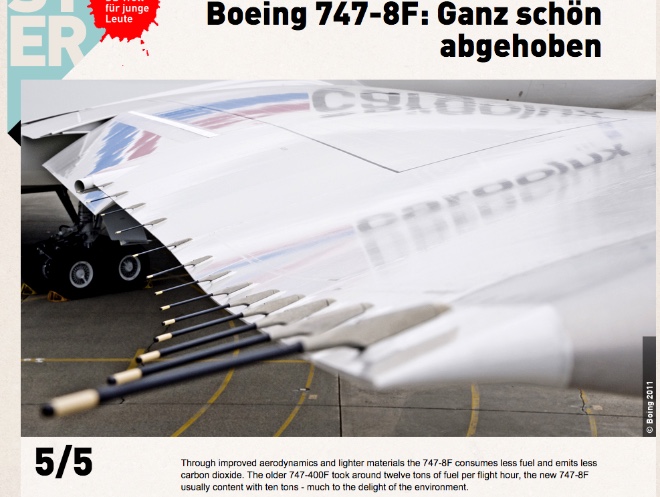 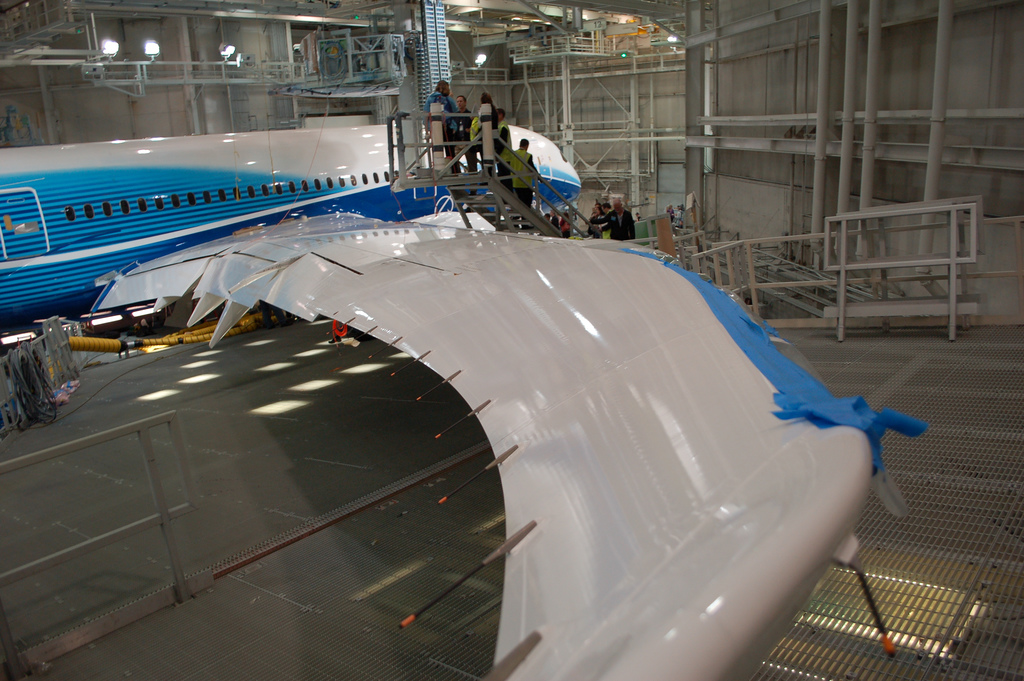 Prodiax: These static wicks had also created a controversy. A man had spied a plane during maintenance and claimed that in fact this system was used to release a product.

I looked up static wicks and was led down a path of Boeing PDF files to find the supplier of the items in question, HR Smith (Technical Developments) Ltd., and a link to the product page. 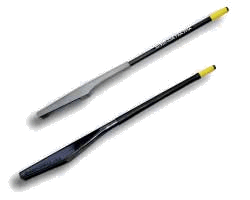 They basically discharge built up static electricity that would otherwise damage the plane.

Smaller planes, like Airbus A320 have similar sticks on back of wing and winglets too: 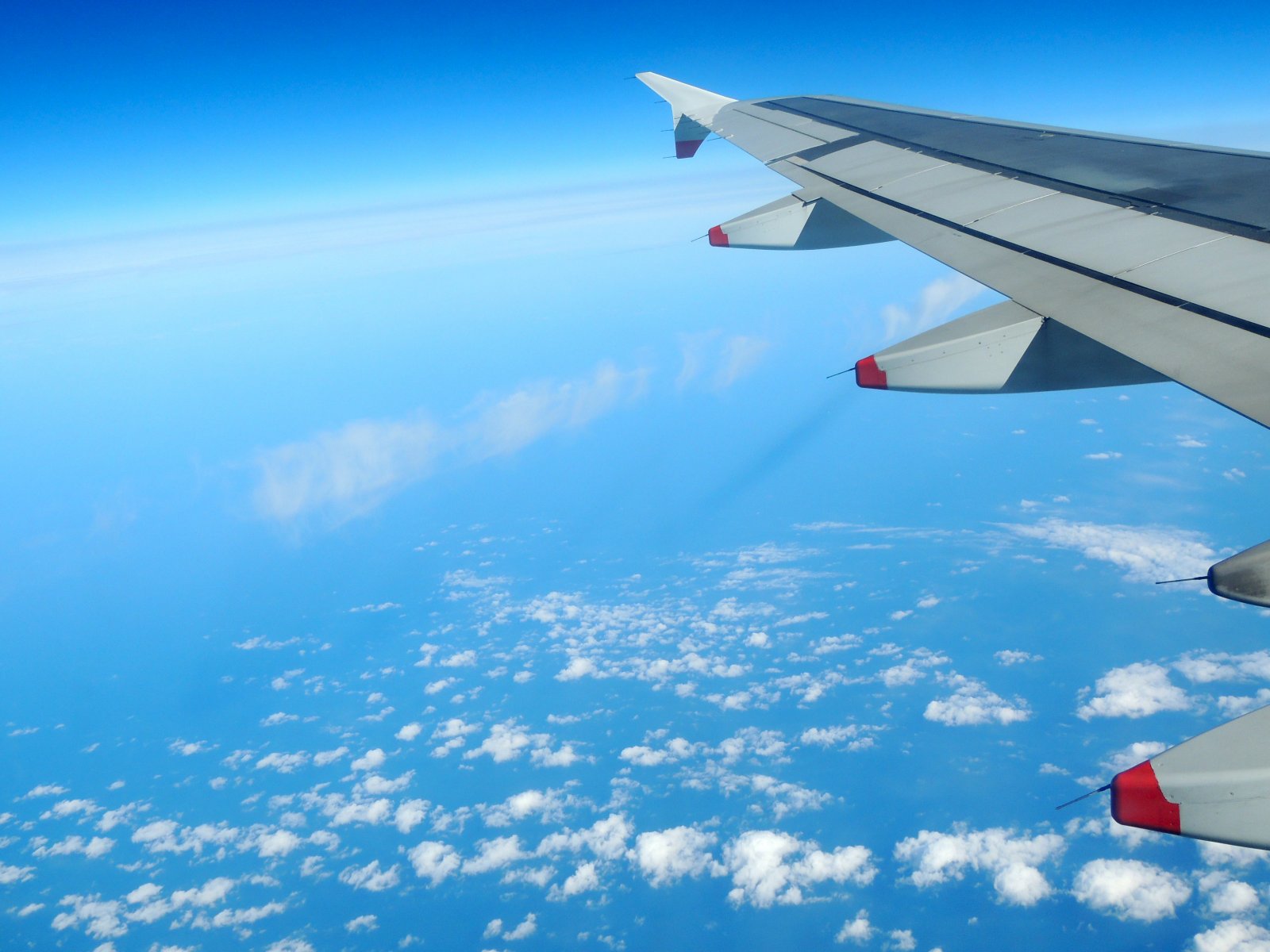 From the wing tip end they look like this: 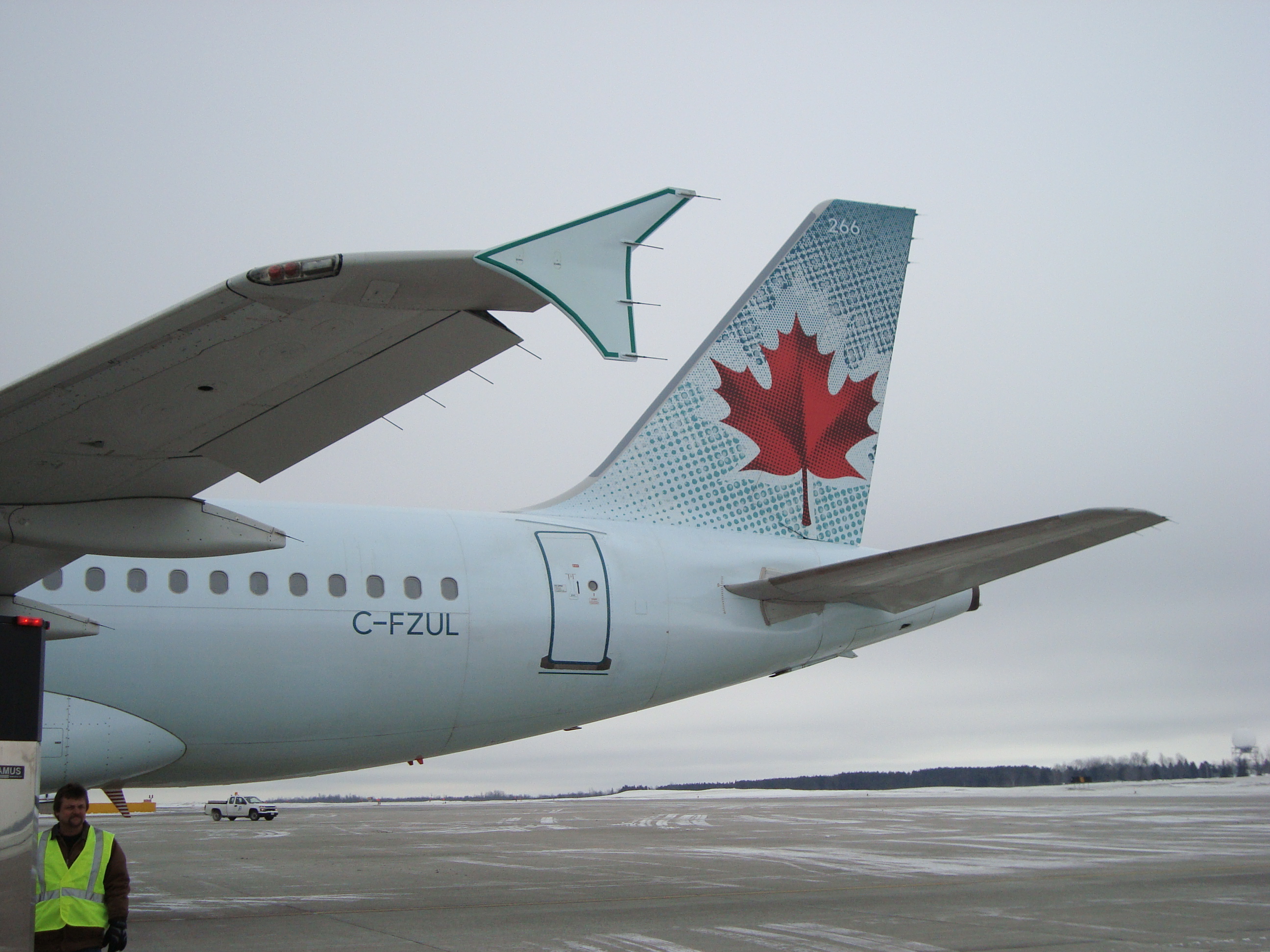 Staff member
Thanks to @Fin for the original questions. I'm going to hijack the OP for a more detailed and useful explanation/debunking

Thanks Mick. This is just the sort of info I was looking for

From the Airbus manuals. This shows where they are and how many can be missing or serviceable. Airbus call them "Static Dischargers". 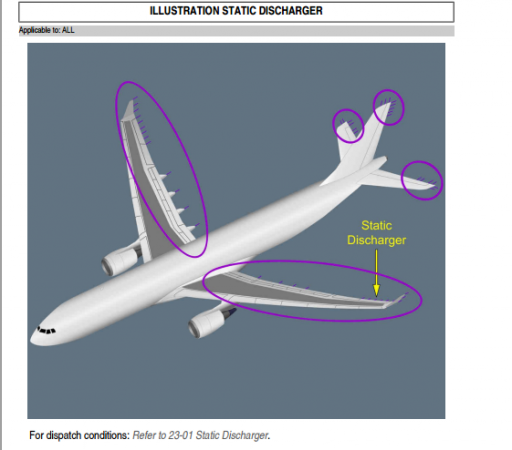 Not many things on an aircraft that you're allowed to lose 1/5th of.... Interesting, thanks.

Gridlock said:
Not many things on an aircraft that you're allowed to lose 1/5th of.... Interesting, thanks.
Click to expand...

Depends on the aircraft. Somewhere I have a schematic of what the A-10 was designed to fly without. It's... Enlightening.

Edit: Can't find it. Have a Wikipedia instead.


The aircraft is designed to fly with one engine, one tail, one elevator, and half of one wing missing.[51]

Mick West said:
And here's a shot of a fuel dump with the static wicks visible, giving a good sense of scale. This is on a 777.

I found a close-up on these in my iPhoto library. Taken on December 6, 2011 from United Airlines flight 935: 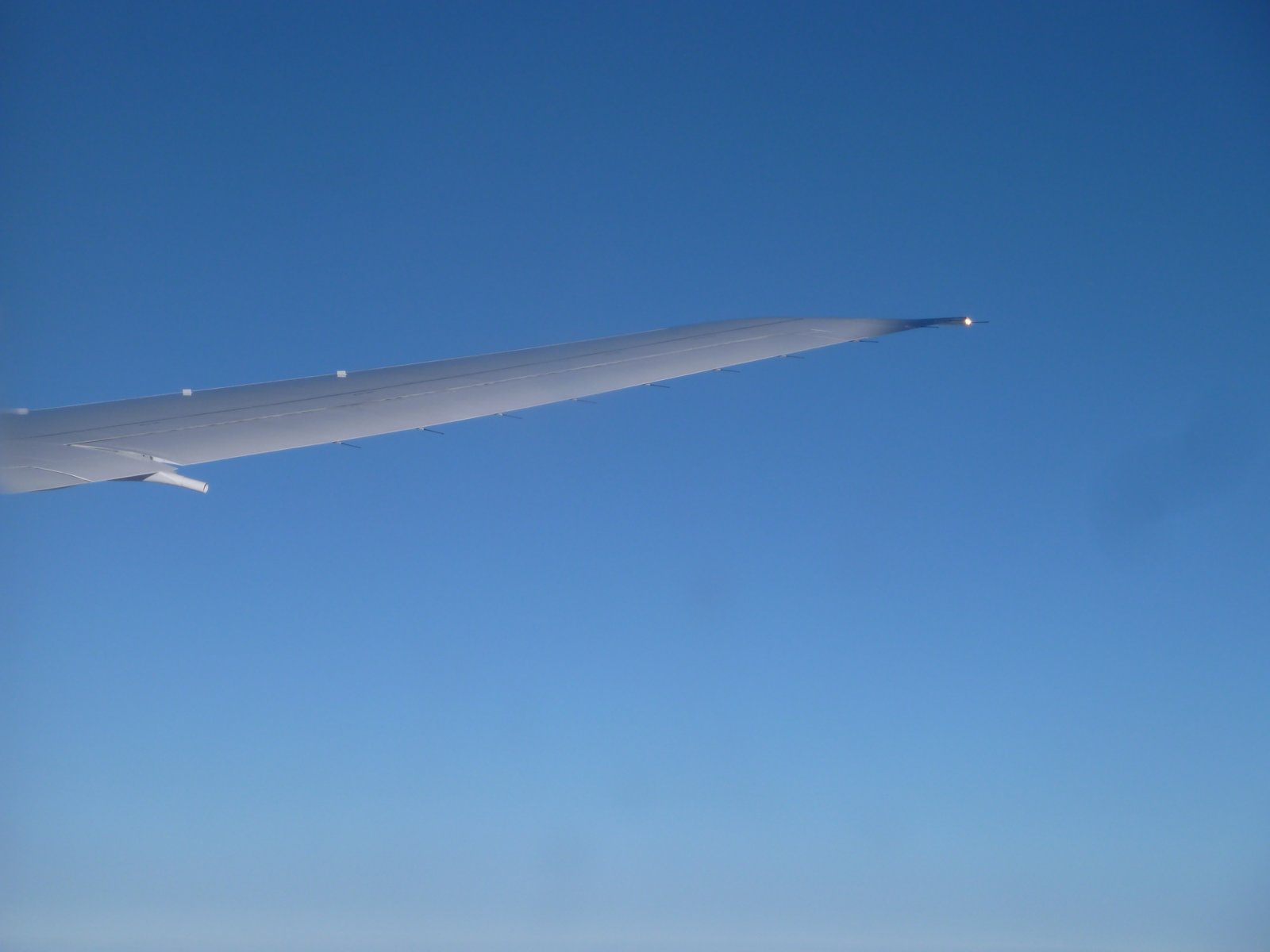