Mike Rogers was the crew boss driving the truck that night. In this brief informal interview he says Travis discussed with him creating a UFO hoax, and that "it was all deliberate, it was all a staged thing."

Along with the Betty & Barney Hill case, this is often touted as one of the "best" in UFO abduction circles because of multiple witnesses who haven't recanted in 46 years. Given Mike's role in controlling the truck (i.e. how long the crew were able to actually view the UFO - about 30 secs) and the way he hyped them up ("Did you see that!?!?!") it seemed clear to me that Mike and Travis hoaxed the rest of the crew (with the help of Travis's brother). Mike is now confirming this.

This case is about to be blown apart and is a great example of how a prank for cash (the National Inquirer prize money in this case) snowballed out of control over the decades and came to define the lives of all 7 crew members, 5 of whom were deceived, and those still living have just been told they were suckers.

How do you think the hoax was perpetrated? 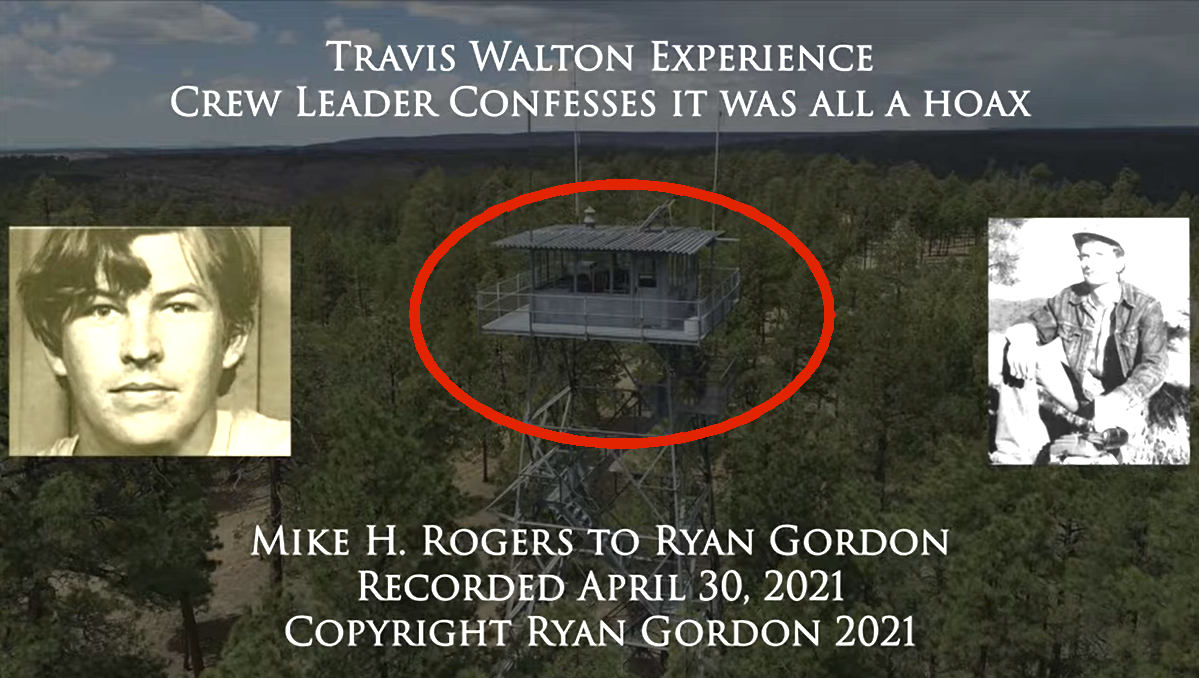 Mike had been posting on Facebook in March/April that Travis Walton was a UFO hoaxer, see below.

I managed to interview Mike Rogers in March, he talked about how Travis had owed him money and he was upset about that, and because Travis was lining up a new movie and hadn't told Mike.

Later on Facebook I noticed Mike had come to an agreement with Travis and they were friends again
In case you don't know, Mike was not just Travis's best friend back in the day, but his sister is married to Travis


Writeup on Travis/Mike here including a balloon UFO you could buy back then that looked very much like Travis's UFO
https://threedollarkit.weebly.com/travis-walton.html

This story by Jeff Wells who was one of the first to interview the crew when Travis re-appeared is well worth the read.
https://debunker.com/texts/walton.h...gtBs3VpyIohcNEUNgge4rd8yYxP_U1pgl6ipXH3E-en38


Years ago Travis had failed a lie detector test on game show called "The Moment of Truth" . I wont post it n case of copyright. But if you have streaming rights to the show, it's well worth a watch. Travis was asked he was abducted to which Travis answers yes. Then they show the polygraph result of that same question they had asked him earlier - and.... it said he failed it 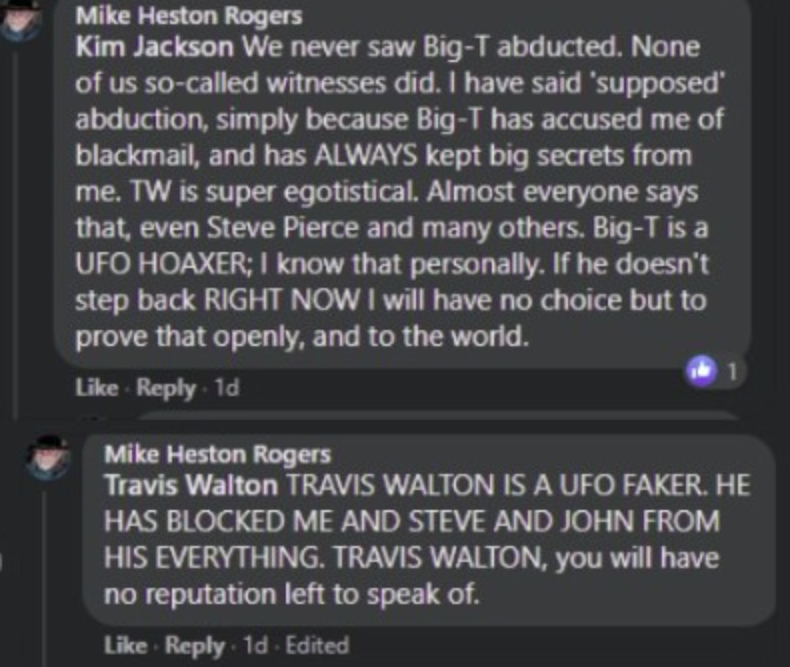 If what he's saying is true...that was a really daring hoax to pull off with so many witnesses. Seems like a lot could go wrong.

A lot has been happening on this case, and quickly: https://badufos.blogspot.com/2021/07/the-travis-walton-ufo-abduction-story.html

A new website, ThreeDollarKit.com, walks you through the operation of the hoax.

Mike Rogers was on Erica Lukes' "UFO Classified" Friday evening for two hours. He affirmed 100% that there was no hoax, then a bit later says he is starting to have doubts! He said Travis and I did not hoax this, but I didn't actually see Travis abducted.