Jeremy Corbell claims to have received another piece of evidence from the Pentagon UAP Task Force: 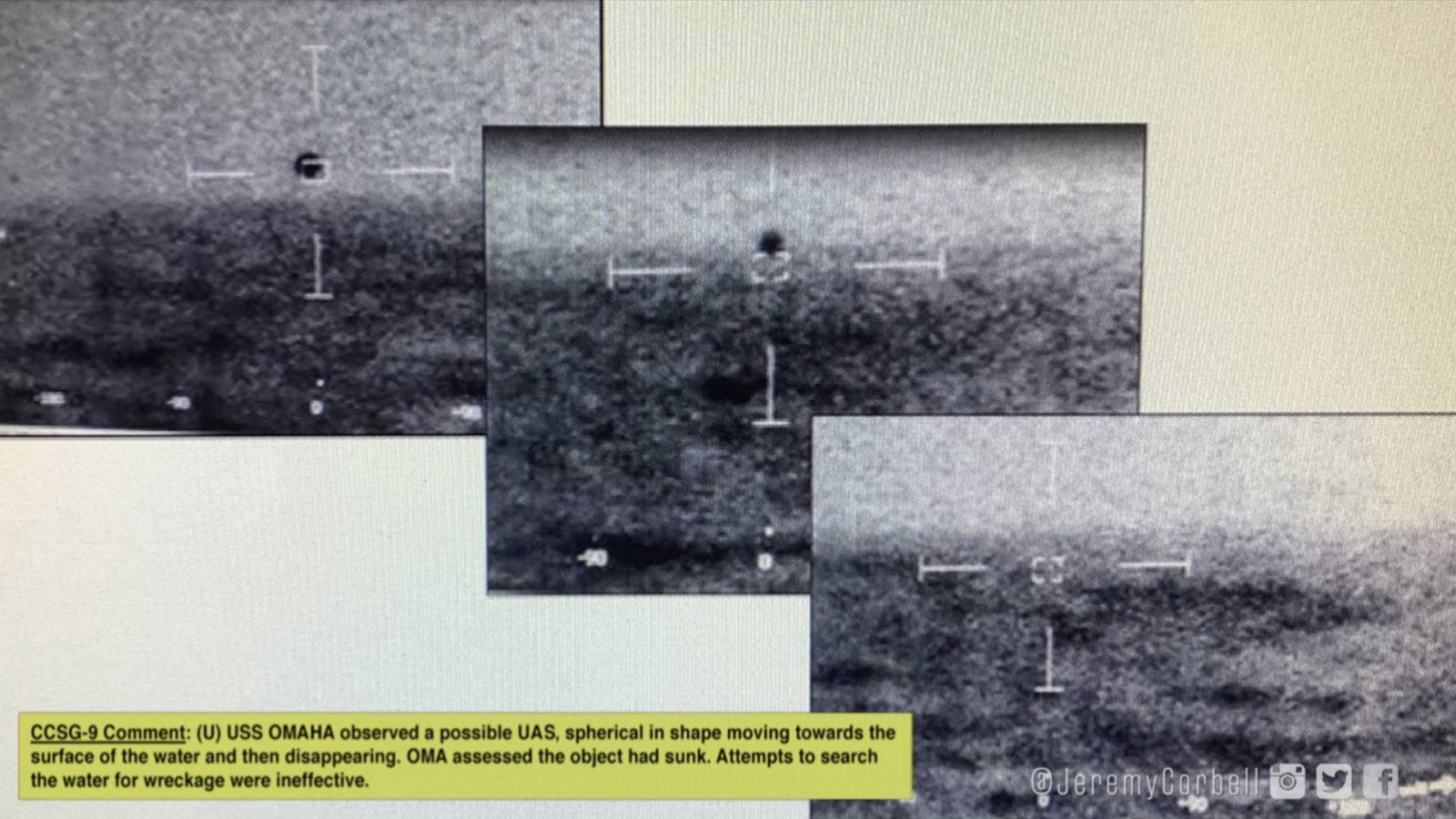 Not enough resolution to make any conclusion IMO - it could be a number of things.

Also odd lack of context, "moving towards the surface of the water" from where? The sky? Same altitude? Appeared out of thin air?

I'm confused, UAS means Unmanned Aerial System. Which means an unmanned aircraft and the equipment to control it remotely or autonomously. It's synonymous with drones (UAV)

Are they now saying it was unknown drones?

Seems like a wide-net term. Almost anything without a pilot in it would be covered.

Only other info we have: https://www.extraordinarybeliefs.com/news4/navy-filmed-pyramid-ufos

Not much we can analyse here honestly.

I am not an expert, but is it normal the target cross/box changes from solid to ones with gaps?

Staff member
My far the most common type of spherical UAS is a balloon. Specifically a weather/scientific/"into space" balloon.

My #1 hypothesis would be a spherical balloon with some fairly heavy payload. It did not burst at altitude for some reason (underinflation, maybe deliberate), and instead ended up drifting down. It hit the water payload first, and the wind caused a rip in the ballon, instant deflation, sinks.

For this hypothesis to work you'd need a balloon that becomes neutrally buoyant at some point.

An issue with this is that UV radiation apparently degrades the ballon, causing it to pop before it sinks to the ground. However this might not be an issue if it was designed for low altitude flight.
Last edited: Apr 12, 2021

Staff member
There are also balloons with valves (buoyancy control systems) that can achieve neutral buoyancy, and then negative, for a later "soft landing" 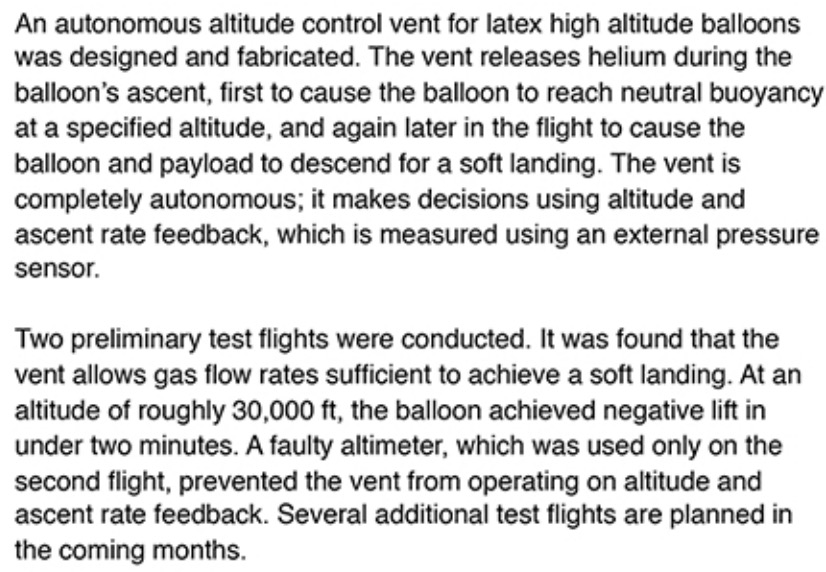 Staff member
Note, the military often refers to balloon UAS as "aerostats"
You must log in or register to reply here.

Jun 30, 2021
ParityCheck
P
U
The UAP Policy and Discursive Shift - Changing narratives on UAPs and its effect on policy.