As reported by MysteryWire.com and now also independently confirmed by SilvaRecord.com, Lue Elizondo’s hints during an interview on Coast to Coast AM with George Knapp are true. Lue Elizondo, Chris Mellon and Steve Justice are no longer with TTSA.


Well, I can’t speak for TTSA. You’d have to go through TTSA channels to ask them about TTSA and I’ll tell you from my perspective I love my friends at TTSA. They are incredible human beings, but I also have to say my mission has always been very clear, George, and that was to push disclosure forward. That’s it. I think after three years, you know, I can look back and I think we’ve achieved much of what we’ve set out to do. TTSA, it’s no secret, also focuses on it’s entertainment division and, you know, let’s face it, guys like Chris Mellon and Steve Justice and myself, we’re not entertainers. We’re not. So, very much like the History Channel project, we have accomplished our mission. Mission success. We have done more in three years collectively than anybody I think really expected us to achieve. Now it’s time I think we shift from…you know it’s like a car, right? You know I speak in car talk, I’m kind of a gearhead, so I think the time has come from the proverbial first gear to now second gear. We have enough momentum, enough inertia where we can shift gears and continue moving forward and to do that guys like me are looking at new and exciting ways to expand that conversation to an even larger audience while still staying true to our core mission of disclosure.

But it's not hugely unexpected. People are seeing what they inexplicably missed at the start, that TTSA is largely centered around entertainment, with a focus on getting more inverstors, and the "science and technology" division was never going to produce anything.

Steve Justice must have a had a hard awakening, if he genuinely believed the initial claims that TTSA regarding studying UFO technology and then building a spaceship. Now they are left with the vaporware of a UFO reporting app, and the endless saga of "materials" that never seem to do anything interesting. The original slate was far more exciting and ridiculous. 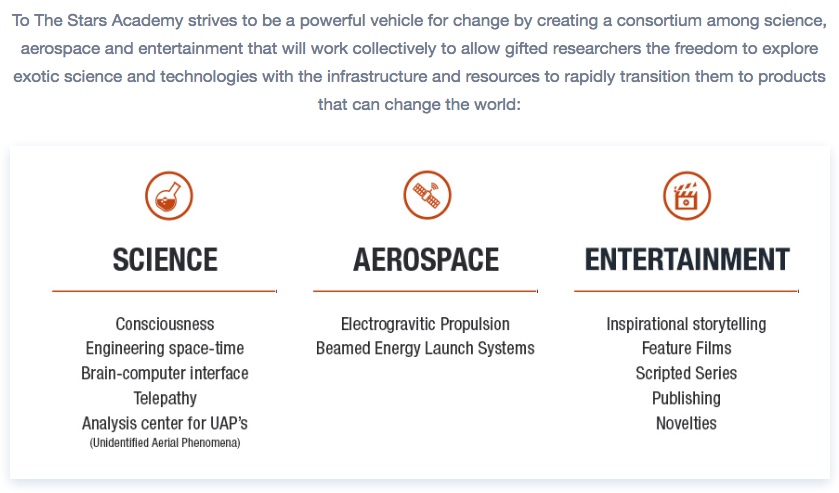 And Justice's ambition similarly so:


For example, one objective is to harvest the technology to build a vehicle that will allow for almost instantaneous travel through land, air, oceans and space, by engineering the fabric of space-time. Such a vehicle could also float, like something from science fiction. Steve says we have had glimpses of the science that could make this possible. It is not outside the realm of possibiity, if the necessary resources are in place. 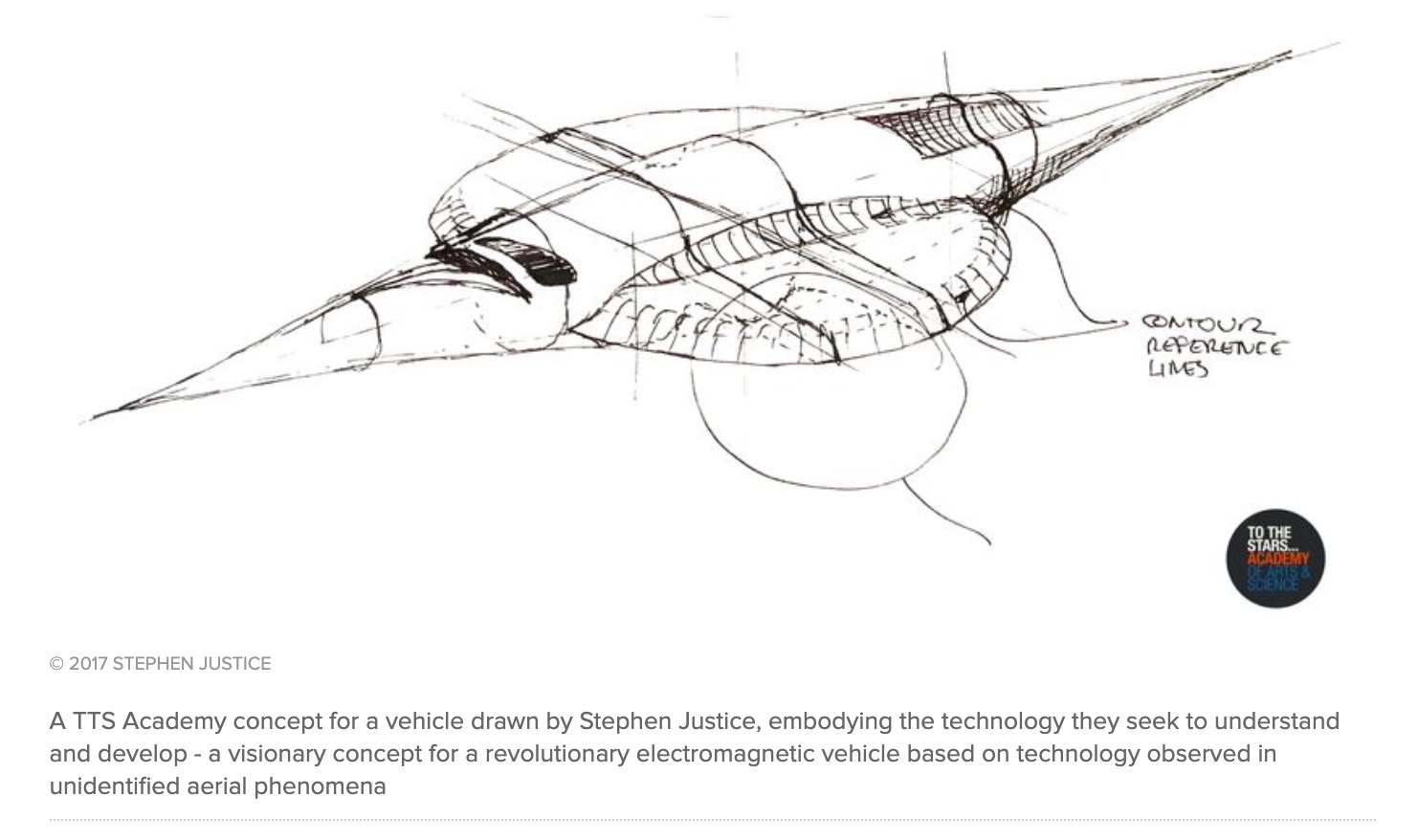 But Mellon, Justice, and Elizondo were really what gave TTSA any credibility at all (based on their careers). With them gone it will be interesting to see A) where they go, and B) what will become of TTSA.

Staff member
Some fans are trying to frame this in the best possible light. Here's a Facebook post.


I may be mistaken but I sense that TTSAs Mellon, Elizondo and Justice have been asked to function in the Biden/Harris administration to help formulate the 180 day public UAP report to the Senate and what follows. Harris was part of that Senate committee, she sat in on the closed sessions that TTSA helped organize. 2021 will be a very interesting year. This may be very good news.

Looks like Elizondo and 4 others have started a LLC called SkyFort. Only info is as per below: 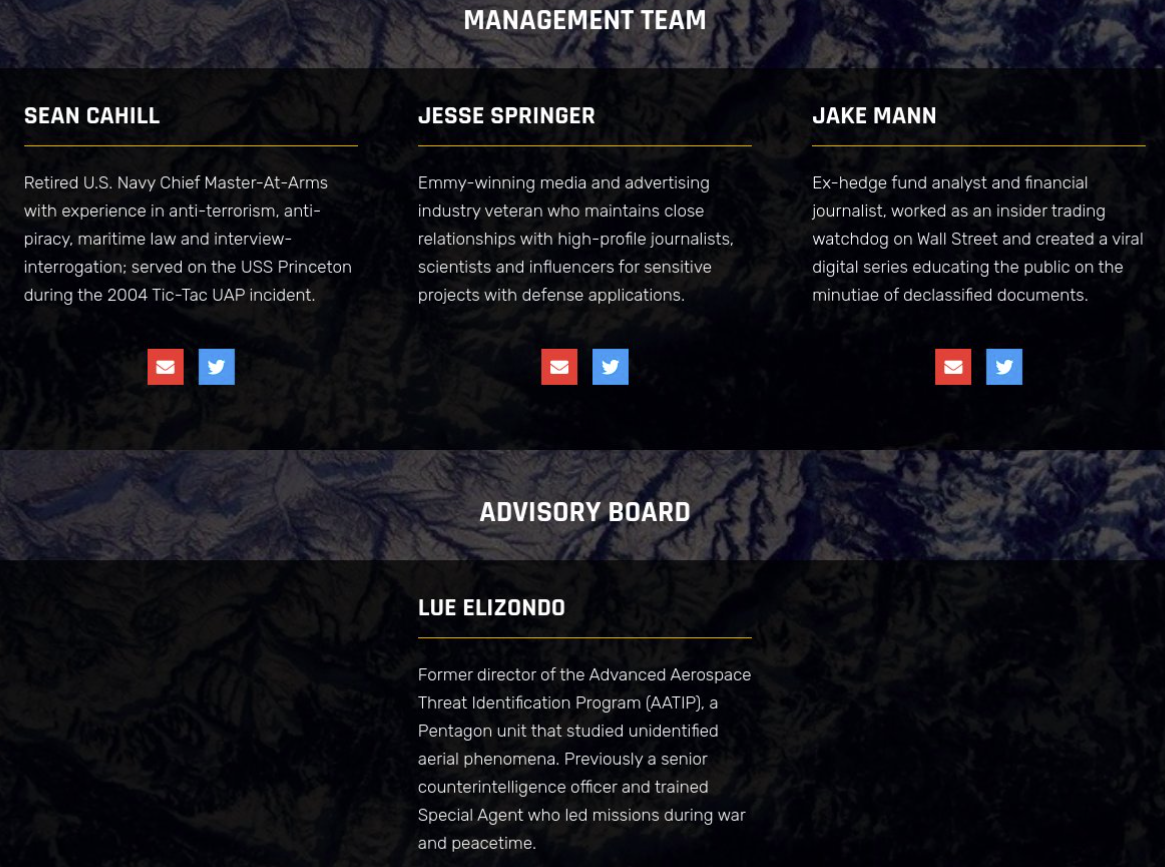 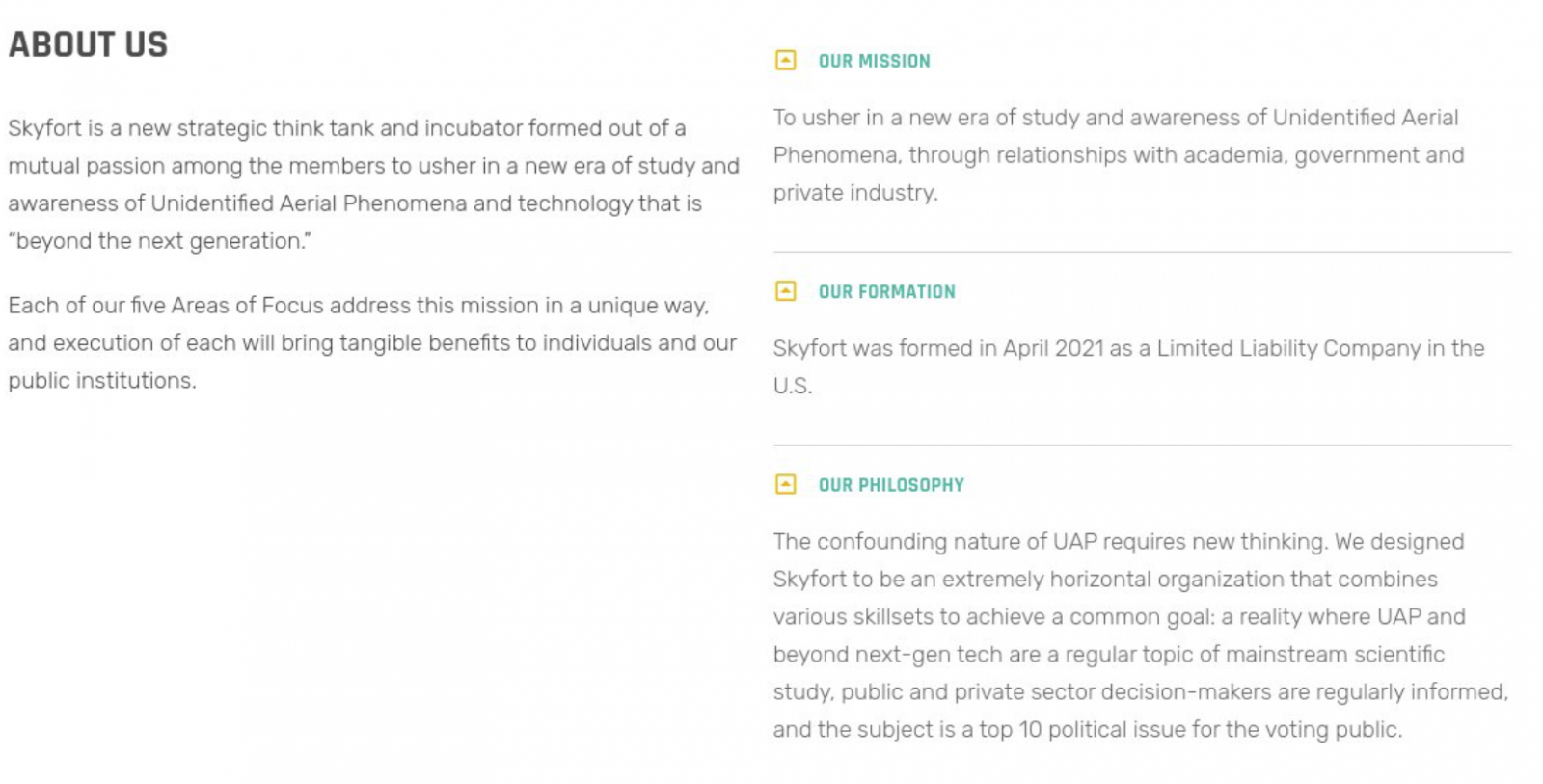 There was a time I would have laughed at the idea of a group seeking to make UAPs a top ten voter priority. I don't laugh as much about such things anymore... it's a very ominous thought.
J

He's a VP at Virgin Galactic now. Lockheed Martin is still listed under Experience. There's nothing about TTSA. There's a a hole in the resume, partially plugged with a "Consultant (Self-employed)" entry.

I'm not sure whether TTSA had never been listed or whether it was removed. I suppose it tells something about how he perceives it. He was in six episodes of a reasonably well-publicized TV show produced by TTSA (https://www.imdb.com/name/nm10812658/). It seems odd that commitment at that level should just vaporize. Did he have a change of heart? Does he regret having his name associated now?
You must log in or register to reply here.