This was taken about 9am this morning on the SF Bay (close to San Quentin prison) looking S-SE - a bit into the sun so it's not very clear. The uniform bend in several contrails caught my attention. I had assumed that the bend was taking place somewhere over the south bay, but when I looked on Flight Radar I saw that it was much farther south, over Salinas, CA. Gave me a new appreciation on perspective. The jets that left the trails were from Los Angeles going to Portland, OR and Seattle. 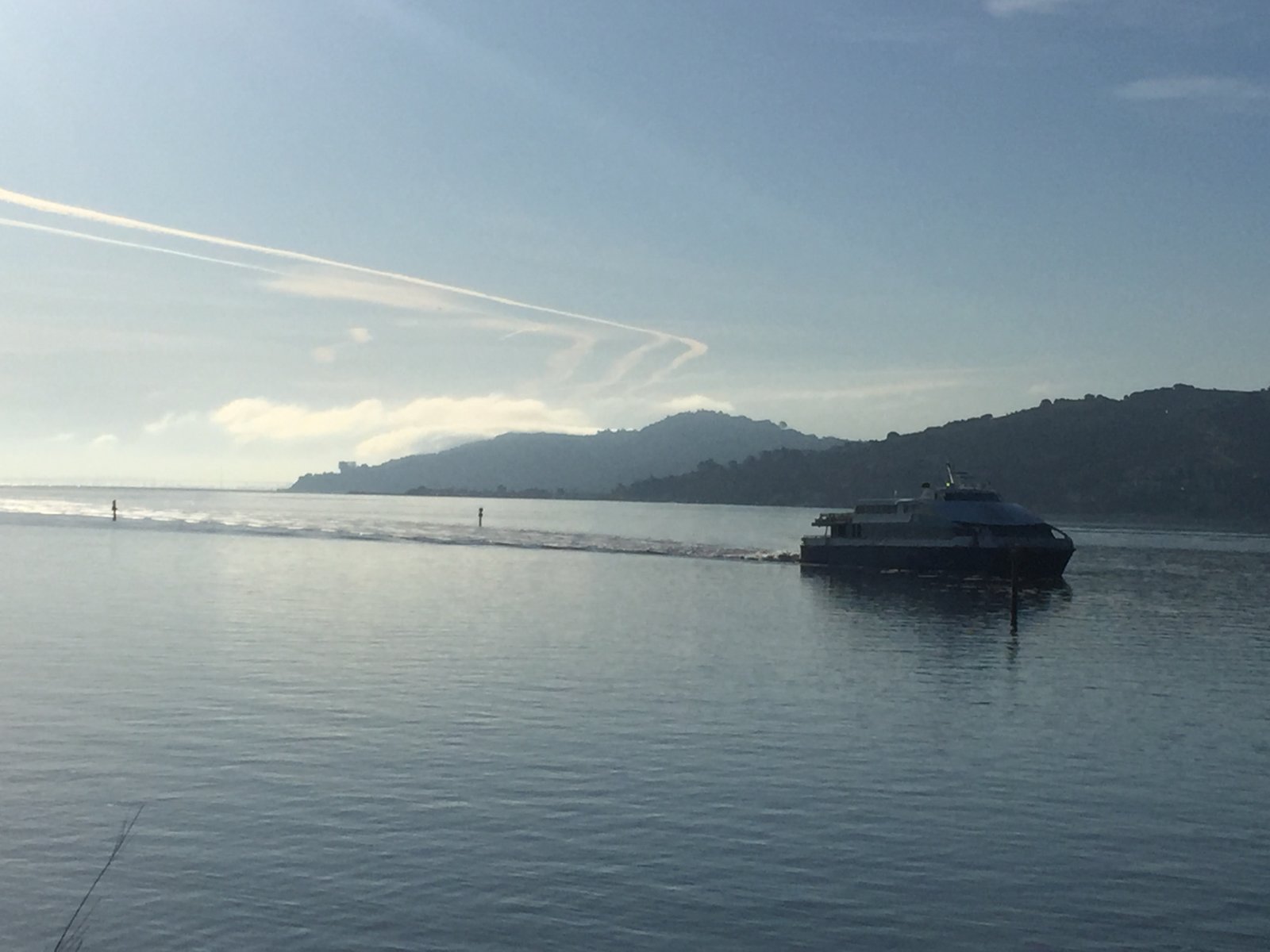 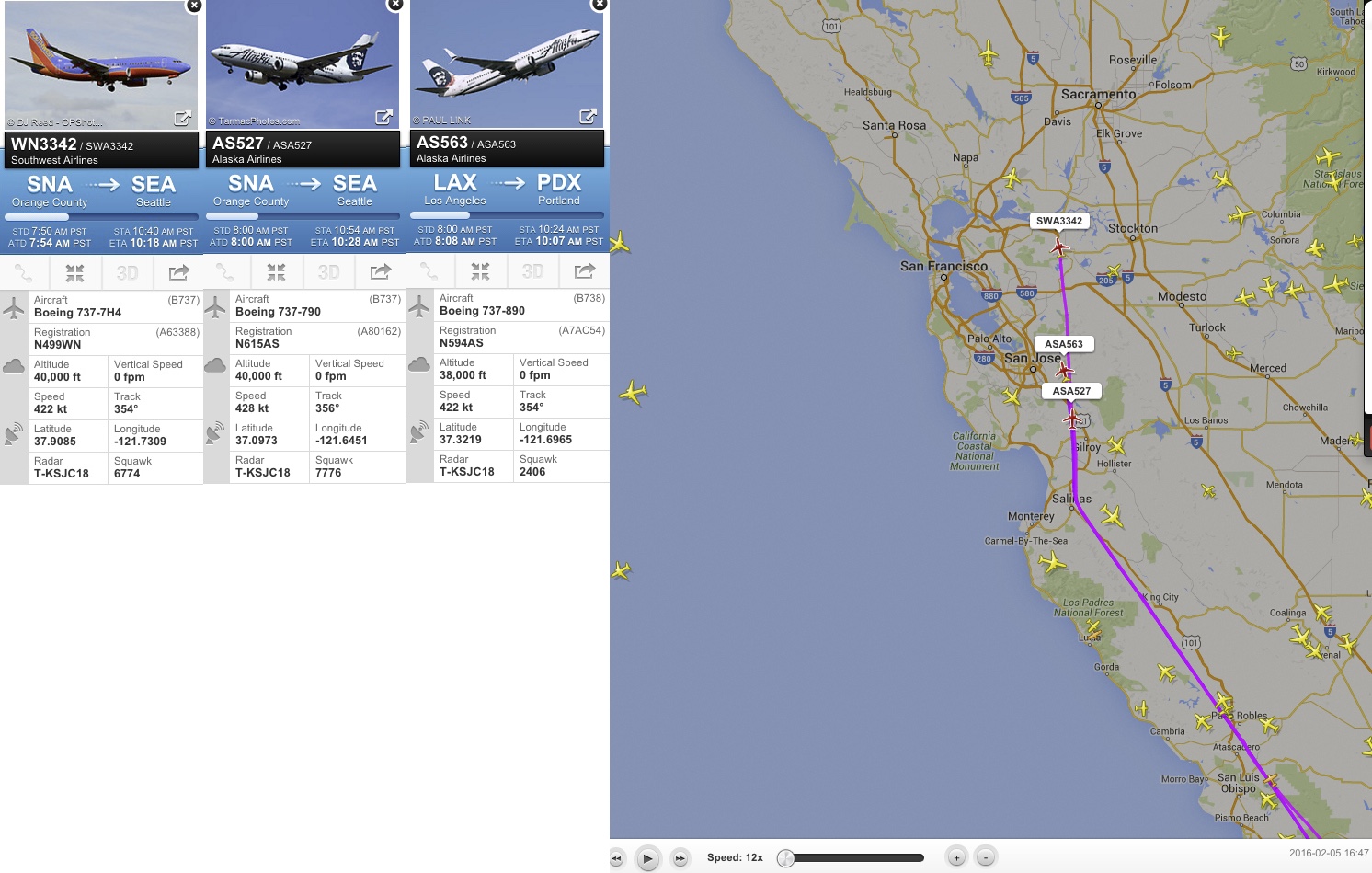 Staff member
Interesting, as it seems a few people noticed: 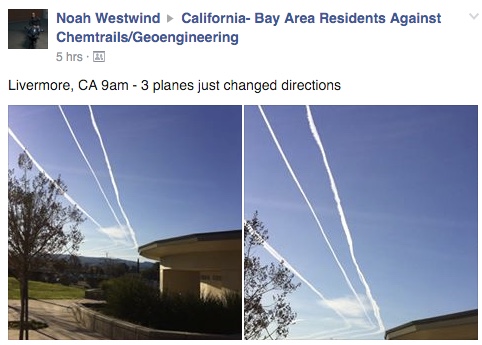 And in the comments: 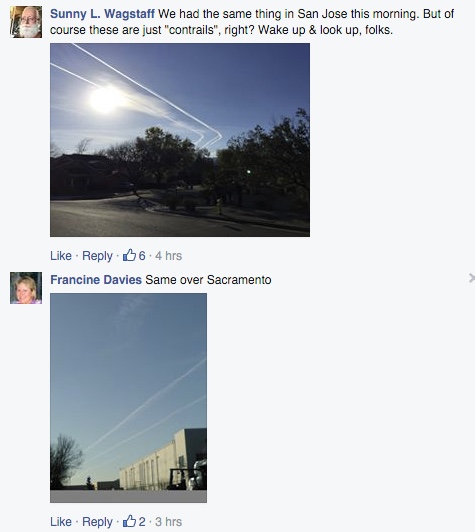 Staff member
With perspective these turns look a lot sharper than they actually are. They are turing 35°, but it looks like a right angle turn or sharper. Combined with three being three planes at once, then it's understandably hard to understand why these trails form.

They turn over Salinas because that's where the navigation point is 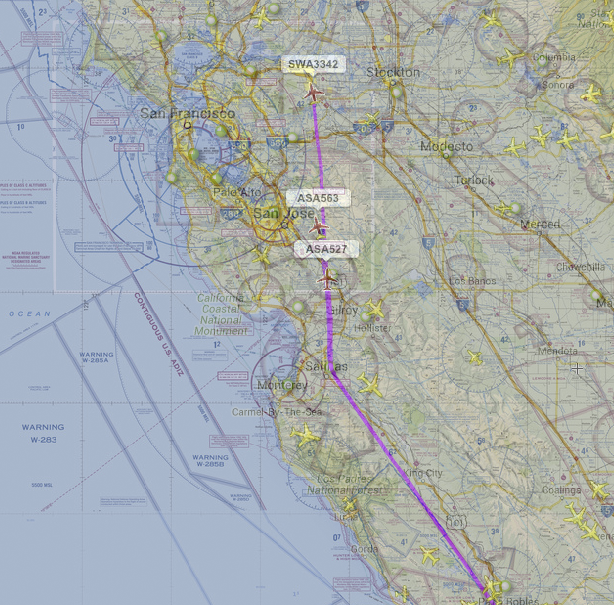 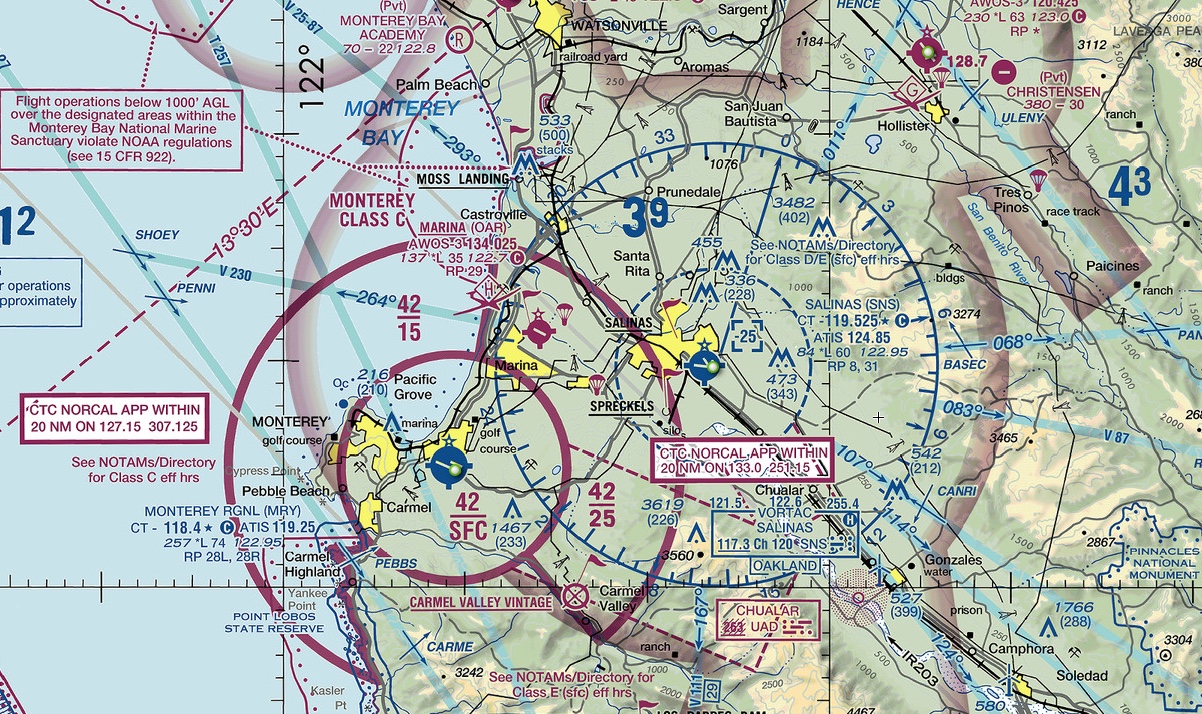 I wondered if that is their normal flight path or if Super Bowl events necessitated a course change - but seems unlikely at that altitude.

Marin B said:
I wondered if that is their normal flight path or if Super Bowl events necessitated a course change - but seems unlikely at that altitude.
Click to expand... 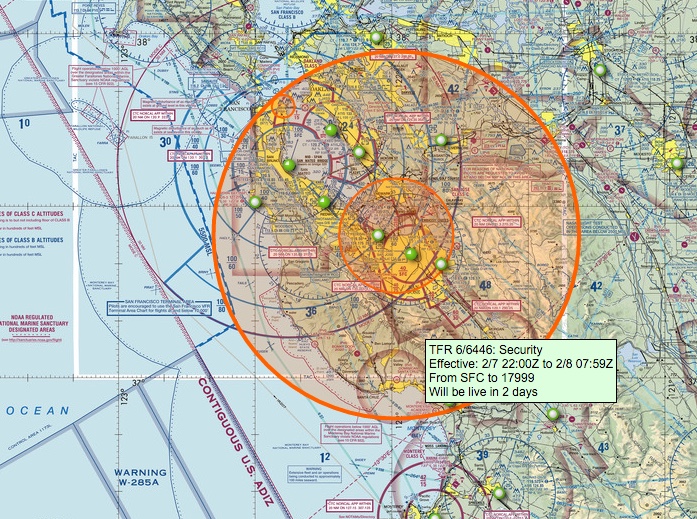 Perhaps a high level chart would be more revealing, I'm short on time right now but maybe later I can check on that.

Dan Page said:
Perhaps a high level chart would be more revealing, I'm short on time right now but maybe later I can check on that.
Click to expand... 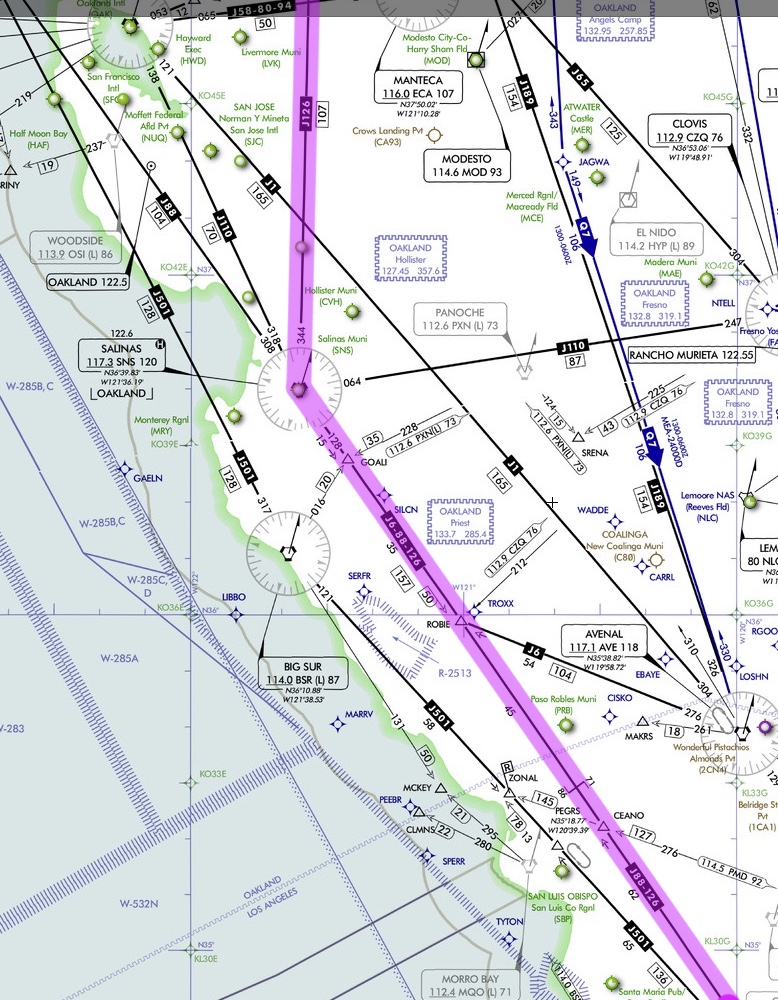 Seems like a straightforward turn from Jet Route J6 to J126

Ok, so both ASA flights filed J88 to SNS (Salinas) then basically direct to a waypoint near their destinations. Not sure why they would take this route instead of the more direct J1 to Avenal then J189, maybe they just wanted to have a nice view of the coastline, guess you'd have to ask the pilots. There is no restricted airspace or anything like that which would force them west of a more direct route. Not sure of the third flight SWA3342, Flightaware says that one goes from Houston to Chicago. 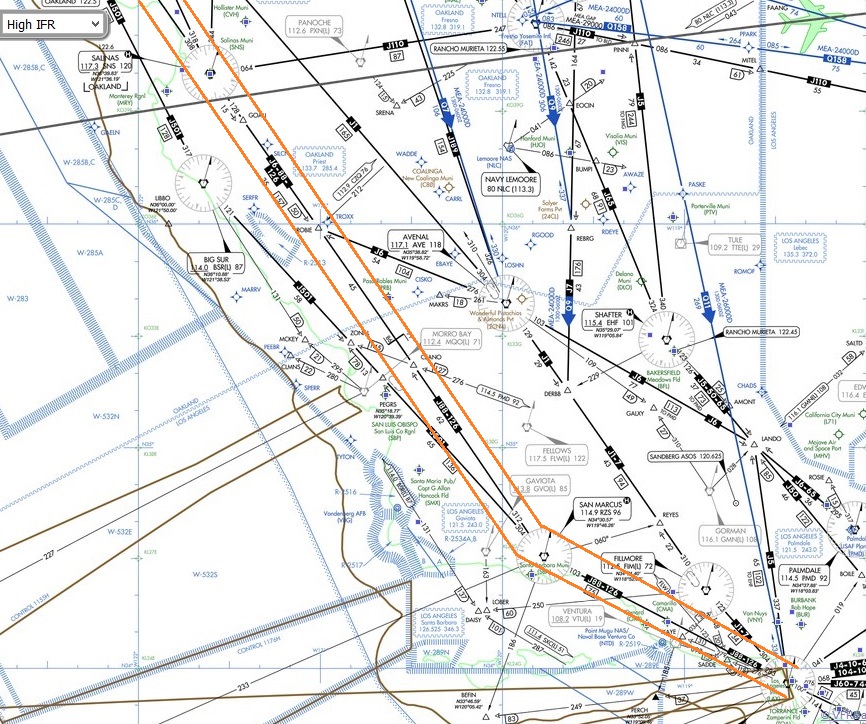 You beat me by seconds! And did a better job LOL.

Dan Page said:
Not sure of the third flight SWA3342, Flightaware says that one goes from Houston to Chicago.
Click to expand... 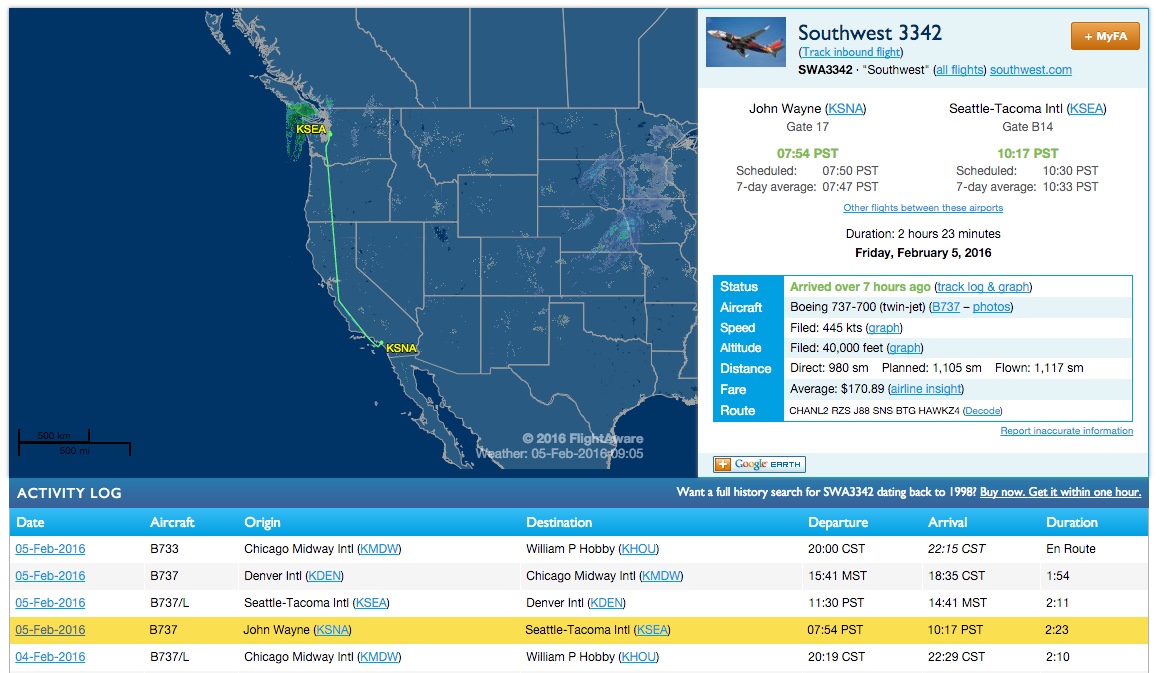 Dan Page said:
Not sure why they would take this route instead of the more direct J1 to Avenal then J189, maybe they just wanted to have a nice view of the coastline, guess you'd have to ask the pilots.
Click to expand...

It seems like the northbound traffic tends to stay along the coast. That's been my personal experience flying North, and also seems to be what is happening in FR24. Very busy corridor, so makes sense to separate North from South traffic.

Staff member
(And the planes are making a right turn, not left. I edited the title to fix this).

On Wednesday, I was driving from Fresno to Bakersfield and saw a very similar formation. When I first noticed the pattern, Allegiant Air #4211, Palm Springs to Bellingham, and West Jet #1723, Palm Springs to Vancouver, the contrails showing the course corrections and the drift between the 2 were already established with the West Jet just a little southeast of me. A few minutes later, I watched Alaskan Airlines #517 make the same turn, it still looked close to 90°, I would have at been about the midpoint between Tulare and Delano, or 50-60 miles from the course correction. It's kind of surprising how small the angle really was.

Sorry, I didn't stop for photos, I had a couple of more jobs to complete in Bakersfield. I didn't want to dilly-dally at that time. My photo would not have been nearly as defined as the OP, Skywest #4669, Palm Springs to Seattle had passed by not long before, and I'm sure a few others before that, making that part of the sky fairly hazy. 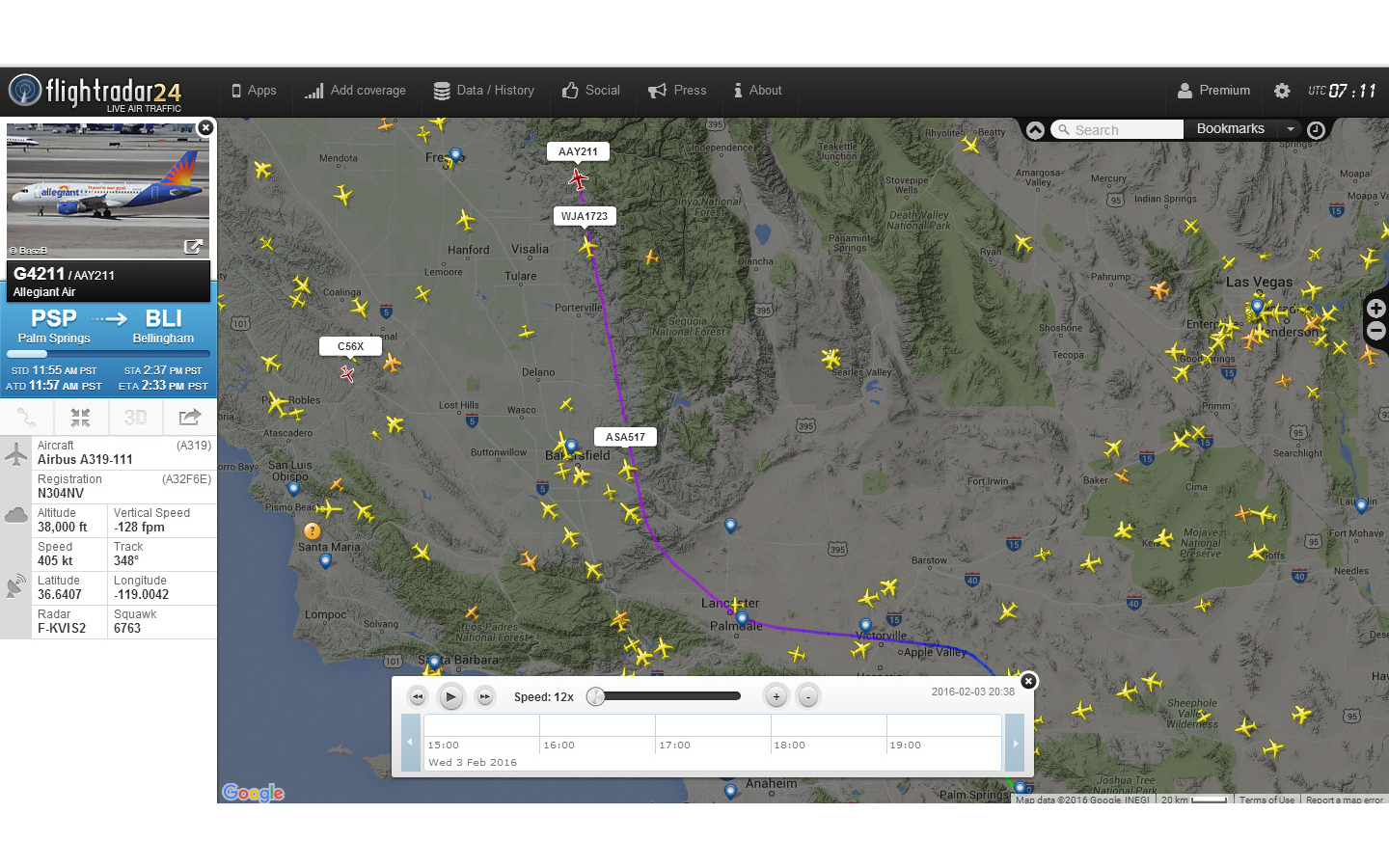 I can see where some chemtrail believers might assume something nefarious here. They would point to this coincidental triple contrail formation and say that it was a purposeful pattern of aerosol release or something similar, as when they make claims of grid patterns of dispersal. What seems to be lacking is basic knowledge of flight paths and traffic loads. Some believers don't seem to know that the sky is crisscrossed with flyways, like highways on the ground, complete with "traffic signals" like waypoints which all must follow, and that many planes throughout the day will use the same flight path. Busy flyways from very busy airports will launch one plane after another along the same flight path, so that at any given moment there can be multiple planes, each with its own contrail, flying the same course. But you guys all know that. I've tried explaining such things to people, but they insist that such contrail patterns are due to geoengineering and not to ordinary air traffic control measures designed to prevent accidents. Maybe they should watch "Air Crash investigation/Mayday"—that documentary series explains air traffic control, flight path designations, and runway protocols very clearly and concisely.
You must log in or register to reply here.