The Where's Waldo game, and the Conspiracy version.

I've usurped and bastardized the idea of the "Where's Waldo" visual game, to describe the idea of current conspiracy thinking, where if he isn't found, he "must" still exist. 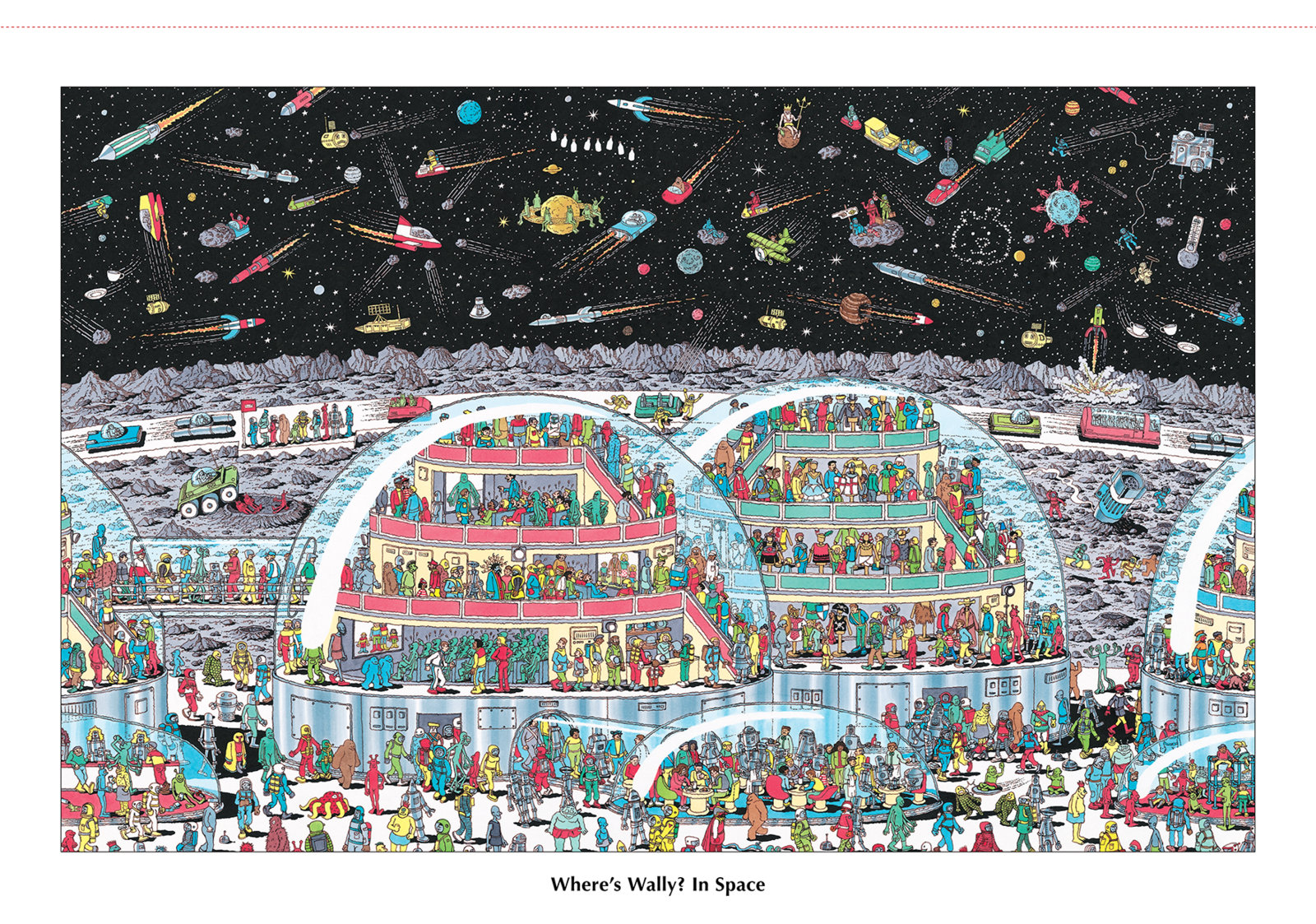 Let me note the obvious, that finding Waldo is not dedicated to conspiracy thought or method. Finding Waldo can certainly be a scientific or logic or brain problem, because somewhere in the real game, he IS there to be found.

But if Waldo is not found by the conspiratorial players version (my analogy), he is found by usage of suspicions and often judgement. The imagined and suggested finding of Waldo when he is not there, is to some, just as valid as a "win".

Listing the topics where my analogy exists could be extensive, but here are a few topics where it is played.....(3 usages off the top of my head)
1) Looking for reasons for the Las Vegas shooter's motives. (I have found the motive, here is my idea)
2) Searching for the launch bases of Chemtrail planes. (Here are the bases, and it's the secret truth)
3) Looking for anomalies in Lunar Landing photos. (I found something weird, to prove my theory)

The reason I'm posting this, is very often, I see conspiracies spouted as truth and with little evidence to back it up......as if they've found Waldo, even though he is not seen.
Last edited: Dec 12, 2017

Leifer said:
where if he isn't found, he "must" still exist.
Click to expand...

he does still exist. that's the whole point of "where's waldo". He is there if you look hard enough.

Leifer said:
(aka, not there at all)
Click to expand...

He's always there. Maybe the analogy you mean is 'they are looking for Waldo in an "I-spy" book. ?? 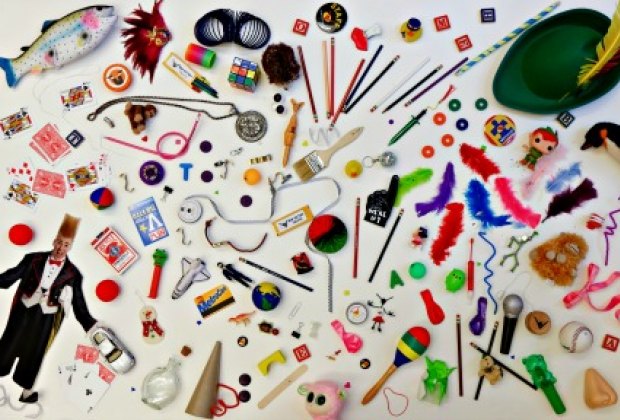 No, I meant looking for Waldo when he is not there, but believing he is there, because of prior expectations that he would be there.

I look at conspiracy vids, and it seems they are searching for Waldo, when no Waldo ever enters the picture.
It's an analogy, and another explanation of the problem.
Are you testing me ?
Last edited: Dec 12, 2017

Leifer said:
I look at conspiracy vids, and it seems they are searching for Waldo, when no Waldo ever enters the picture.
Click to expand...

you're bending reality. If it's a Waldo game (or book) he is ALWAYS in the picture.


Leifer said:
Are you testing me ?
Click to expand...

stop messing with my head

But like all the best conspiracy theories, Wally (or whatever you lot in the colonies call him ) is hidden in plain sight.

I get what @Leifer is saying... it requires a bit of abstract thinking. Think of it this way.. you're walking into a situation where you automatically assume Waldo/Wally Exists.. IE a Where's Waldo/Wally book of some sort. The issue is, he's not actually there at all because there's a misprint... human error left him out completely but you dont know that up front. To a normal mind, you'll search all the pictures in the book over and over and come to the conclusion that this must be a misprint or a mistake was made because he's LITERALLY not there. In science its very plausible to say "where's waldo/wally?" and the correct answer is "he's not here/he does not exist."

To the conspiratorial mind, however, BECAUSE the book is called "where's Waldo/Wally" he therefore MUST exist and IS located somewhere in the book even though, in reality, he's not there because there's a misprint. They will continue to look and look and look, and they'll piece him together from fragments of images that LOOK like parts of Waldo/Wally and say SEE SEE I TOLD YOU, HE'S THERE YOU'RE JUST NOT WOKE ENOUGH TO PUT ALL THE PIECES TOGETHER, even though thats not how Where's Waldo/Wally works. The publisher then releases an apology and says that there was a printing error and Waldo/Wally isnt in this most recent edition of the book.. the Conspiratorially minded will ignore that release and STILL continue to search the book, because they're being lied to.. the publisher just wants their money and god dammit they're going to find Waldo/Wally.

Svartbjørn said:
To the conspiratorial mind, however, BECAUSE the book is called "where's Waldo/Wally" he therefore MUST exist and IS located somewhere in the book even though, in reality, he's not there because there's a misprint. They will continue to look and look and look, and they'll piece him together from fragments of images that LOOK like parts of Waldo/Wally and say SEE SEE I TOLD YOU, HE'S THERE YOU'RE JUST NOT WOKE ENOUGH TO PUT ALL THE PIECES TOGETHER
Click to expand...

yea, I was going to mention that the artists throw in people dressed like waldo (like in the OP space pic) who aren't waldo, but a crisis-actor hoaxer (face blind people) will think that IS waldo because they suffer from face blindness. So that example jives for sure.

Slate.com had given tricks away to help find Waldo, in 2013, HERE.
and a 3/2017 update HERE.
This guy (Randy Olson) went hog wild with the analysis of probable locations of Waldo. (the best)

I like the analogy, I feel as though it definitely works more when deirdre put it as "looking for Waldo in an iSpy book", but all in all if someone wants what they think is reality to be reality and they want to be the one who lets everyone know they're wrong and they're right. That being said of course there are conspiracies that turned out to be legit and I'm sure in today's insane world there are so many open secrets. When Terry Crews reveals things with his current situation and tweets things like this"If I have a timely 'accident' – you know where to look", people want to believe. Which I guess all goes back to the X-Files if you really think about it.

The world is crazy and sometimes people process things in a way that would let them jump to conclusions right away, or there are those with skepticism. Sometimes these two things mix and create the "Waldo is mos def in this iSpy book bro" kind of guy. I think Eddie Bravo is the perfect example of the guy, and it's interesting to think that back in the 90's he was not the super skeptic man he is today, but still a total master of his craft.

Doesn't take much to become successful and trick the masses into following a theory or a certain news story that may or may not be false. Just look at how divided the mainstream media is, I honestly think that's what creates this huge divide. The corporate's interest is always top priority.

RJ Polanc said:
The world is crazy and sometimes people process things in a way that would let them jump to conclusions right away, or there are those with skepticism. Sometimes these two things mix and create the "Waldo is mos def in this iSpy book bro" kind of guy.
Click to expand...

OK, sure.
But is the world crazy because all world's information is now broadcast everywhere ?
There was world turmoil before cellphones and before the internet.....
It's just that now, turmoil (and craziness) shows up daily on peoples media devices and TV.... but it's always been there, even if locally, before the internet.

Look at the Waldo puzzles....crazy activity, and the goal is to find one figure among it all.... basically trying to ignore the rest, almost to futility.

Leifer said:
.... but it's always been there, even if locally, before the internet.
Click to expand...

nah. people knew what clouds looked like (for the most part) before the internet. now you have a lot of people freaking out about "killer clouds"

deirdre said:
nah. people knew what clouds looked like (for the most part) before the internet. now you have a lot of people freaking out about "killer clouds"
Click to expand...

....I was speaking of "all" crazy world news, not just clouds. (but you are right about clouds)
There were political turmoils, border turmoils, natural disaster turmoils...all turmoils.

Sounds almost like Tooth-Fairy Science as performed by non-scientists.

Let’s say you’re a scientist who wants to do some research on the Tooth Fairy. You could design your study to determine if the Tooth Fairy leaves more money for a tooth left in a plastic baggie under the pillow than for a tooth wrapped in a piece of tissue (as we used to do in our family). Or you could look at the average amount of money left behind for the first baby tooth to fall out compared to the last tooth. Or perhaps you might attempt to correlate Tooth Fairy proceeds with the income of the toothless kid’s parents.

None of these would be good research, according to Dr. Harriet Hall, editor of Science-Based Medicine. She explains:

“You can get reliable data that are reproducible, consistent, and statistically significant. You think you have learned something about the Tooth Fairy. But you haven’t. Your data has another explanation, parental behaviour, that you haven’t even considered. You have deceived yourself by trying to do research on something that doesn’t exist.”

Content from external source
Both seem different from your typical a priori reasoning, as the flaw isn't necessarily in beginning an investigation in order to reach a predetermined conclusion, but in choosing what or where to investigate -- or even in choosing whether to investigate at all.

Perhaps the search for Waldo (in my analogous version) is like trying to find the Tooth Fairy, or Santa.
They're not really there.

Disclosure: Some conspiracies turn out real, but usually they are of a smaller statute (status) than the popular large conspiracies that are suggested on-line.
Last edited: Dec 18, 2017
You must log in or register to reply here.

Friday at 9:15 AM
David Coulter

Related Articles
Nanothermite on 9/11 - Where did the idea come from?
Where online is debunking most effective?
Where are you on the Generic Conspiracist Beliefs Scale?
Where to ask questions about posting?
Where did the third trail go?
Where and How could the Wallace Experiment Easily Be Repeated?
Occasions where you don't engage a misconception CT?
Where does "Scientist" end and "debunker" begin?
Converting mb (pressure) to altitude, and sites where this is useful
SkyderALERT: where does the money go?
The Johnson and Johnson Settlement, where does it fit in the conspiracy world
Where are the AE911 models?
Debunkers, Skeptics and Conspiracists: Where are you on the political compass?
Where did the explosions come from?
Where is the Stratosphere today?
A Game Designer’s Analysis Of QAnon
Applications of Game Theory to Assessing the Plausibility of Conspiracy Theories
Share:
Facebook Twitter Reddit Pinterest Tumblr WhatsApp Email Share Link