The Shape and Size of Glare Around Bright Lights

It's unpolished. But I've got a polisher, and it will be interesting to see how well it works without polishing. I was quite surprised what a good image you get reflected from a matt metal surface, so maybe a window might work somewhat with not polishing.

Here's a metal surface reflecting my hand in thermal IR. 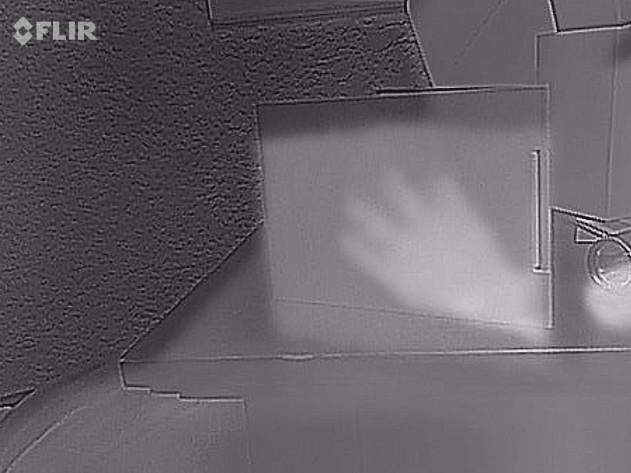 But, it's matt, with near-zero specular reflectivity. 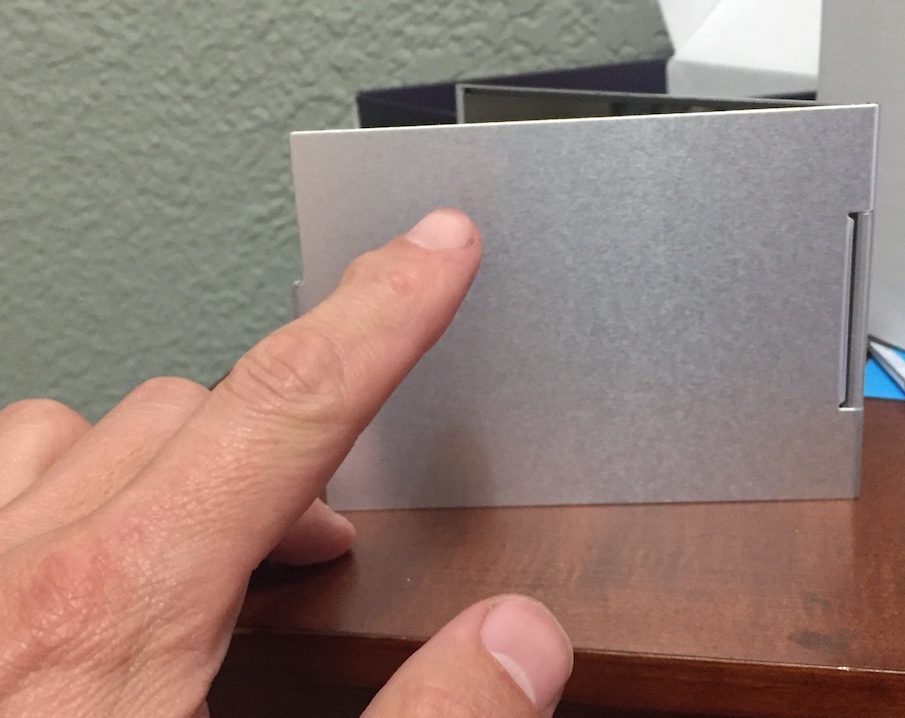 It's of course all due to the use of long wavelengths. You need half-lambda surface quality to make a "mirror", for IR of say 10 um, this comes down to 5um, which is what likely is the surface roughness of the metal part shown.
I

When looking at jet engines in IR, another factor besides glare comes into play.

The images showing rotating glare in IR and visible light can be a bit misleading in that sense, since they only show glare.

The images demonstrating glare from jet engines do show the typical spikes radiating out, which indeed do rotate with the optics, but the center of the blob does not since it is a thermal image of something physical (a hot exhaust cloud), not glare.

Itsme said:
The images demonstrating glare from jet engines do show the typical spikes radiating out, which indeed do rotate with the optics, but the center of the blob does not since it is a thermal image of something physical (a hot exhaust cloud), not glare.
Click to expand...

Can you show an example of what you mean?
You must log in or register to reply here.

Related Articles
MUFON case 115206 - [OBJECT] CROSSED OVER I-10 FREEWAY LEAVING A SHADOW OF ITS SHAPE/SIZE
Shape-Changing Light From Plane with Nikon P900 - Polarizing filter + Venus?
Explained: How Mount Rainier helps demonstrate the shape of the globe
Quick and easy demonstration of the shape of the Earth
V shape UFO on thermal camera [Probably Birds]
All The Ships At Sea: A Pragmatic Test Of Earth's Shape
Using Mountain Ranges to Predict the Shape of the Earth
The Southern Cross, Celestial Poles, and The Shape of The Earth
"Unknown force changing cloud's shape" - form the front page of Reddit
Moon shape is changing due to Japanese mining?
Judging Size and Distance of Unidentified Objects
The Easy And Logical Debunking Of UFO 'Size'
Size of "the Pile"
Need Debunking (Claim): Metabunk Curve Calculator Does Not Calculate for Angular Size
Explanation needed for the decrease in size of USA in NASA's picture from space taken in 2012-13
An Easy Experiment to Debunk the Flat Earth by Observing the Size of the Sun
Debunked: Claim MH 17 wreckage engine fan is wrong size
Reduction in sig size
Hypothesis - Rotation of Gimbal not caused by lens glare.
Avionics System Technician Discusses FLIR Targeting Pod's Tracking and Glare
Bright Lights Behind Trees, With Roiling Glare. Panama City, Florida.
Share:
Facebook Twitter Reddit Pinterest Tumblr WhatsApp Email Share Link