The Physics of Explosions Tossing Girders - Overpressure and Impulse

Staff member
The idea that explosion in the World Trade Center tossed multi-ton girders hundreds of feet has always been something that seems ridiculous, and is generally dismissed as such. But what's the actual physics?

Explosive detonations create an incident blast wave, characterized by an almost instantaneous rise from atmospheric pressure to a peak overpressure. As the shock front expands pressure decays back to ambient pressure, a negative pressure phase occurs that is usually longer in duration than the positive phase as shown in Figure 4-1. The negative phase is usually less important in a design than the positive phase. 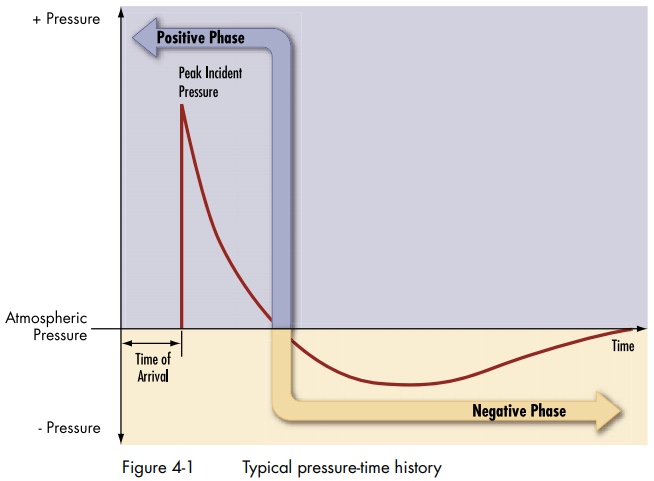 So how fast will a girder go if you apply 1,800,000 pounds of force to it? It depends how long. Explosions are very short events, a fraction of a second, the pressure also decays rapidly.

So what we actually want is the impulse, the integral of force over time, or put more simply the area of that triangle. It's essentially the average force multiplied by time.

The units that we use to measure impulse are the same as we use to measure momentum, so in standard (metric) units it's mass * velocity, or mass * movement / time, or kg.m/s (kilograms times meters per second).

(to be continued)
You must log in or register to reply here.

Debunked: Debris from twin towers was projected upward by explosives