In videos posted on Facebook (now removed, #1, #2) we see a plane leaving a contrail across a good portion of the sky. The contrail is below a cloud layer, but because the sun has set it is illuminating the clouds from below and the contrail is casting a shadow upwards onto the clouds!

The plane is flying towards the camera, and in video #1 it is almost directly towards it, so the trail looks vertical even though it's in near level flight. It's a thick contrail from a 4-engine 747 (see below) and as it's overhead it's as close as it gets, so would see usually large. 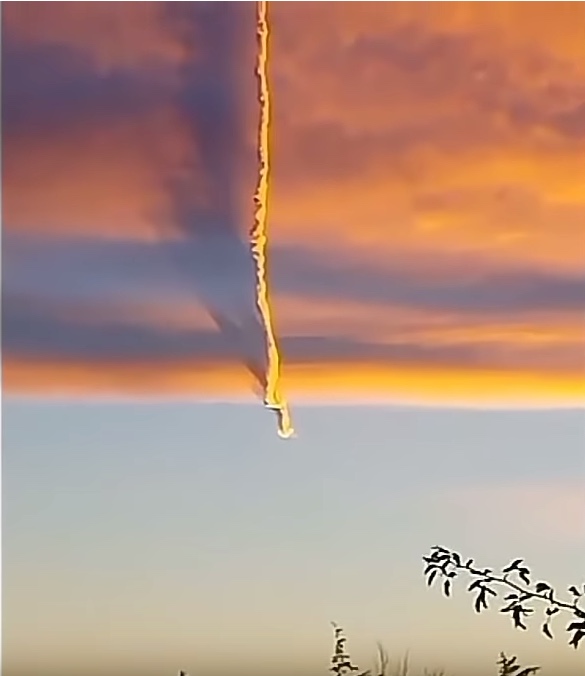 Note the above two images, and most of the interest, are on the older tail of the contrail. At the front of the trail is the actual plane, now in shadow even though it's at the same altitude. 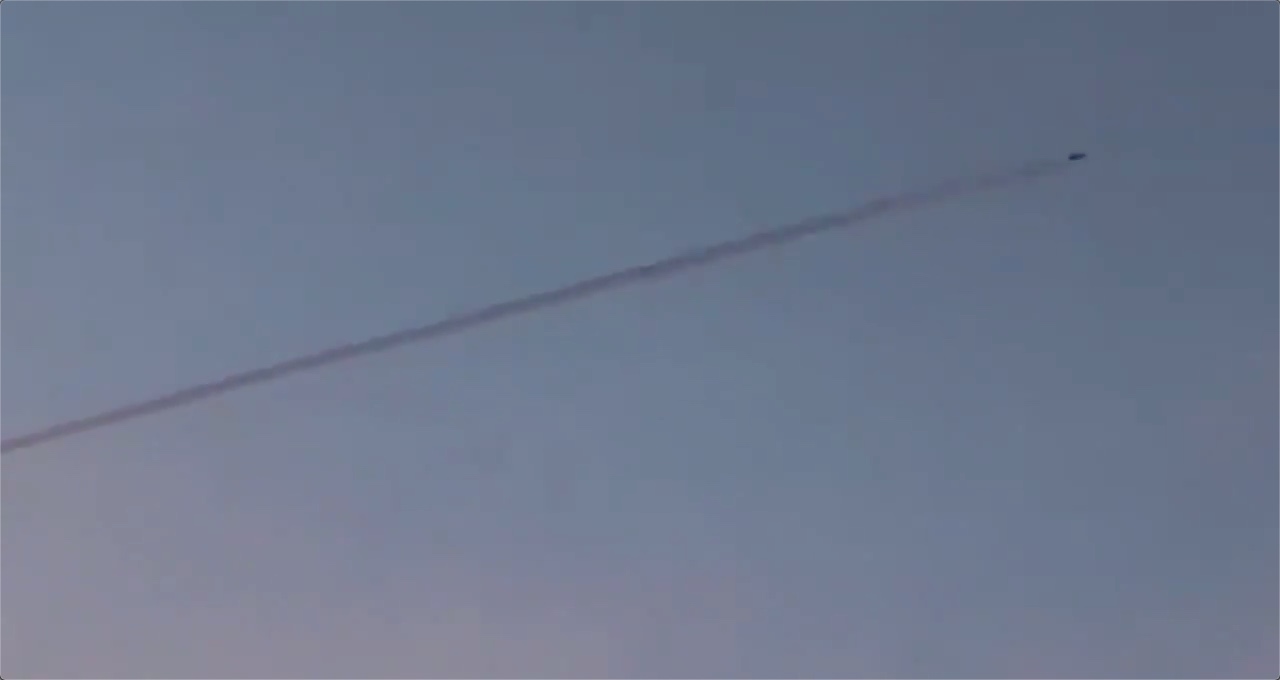 Given that timeframe, it would have been American Airlines flights 2226 from San Jose to Chicago HOWEVER, in the audio the woman says "it's Friday", which would be Nov 23rd. This means it's a Singapore Airlines Cargo plane, SQ7957, a very large 747 that leaves a large contrail, and here is also flying at 37,000 feet, above most of the nearby traffic. 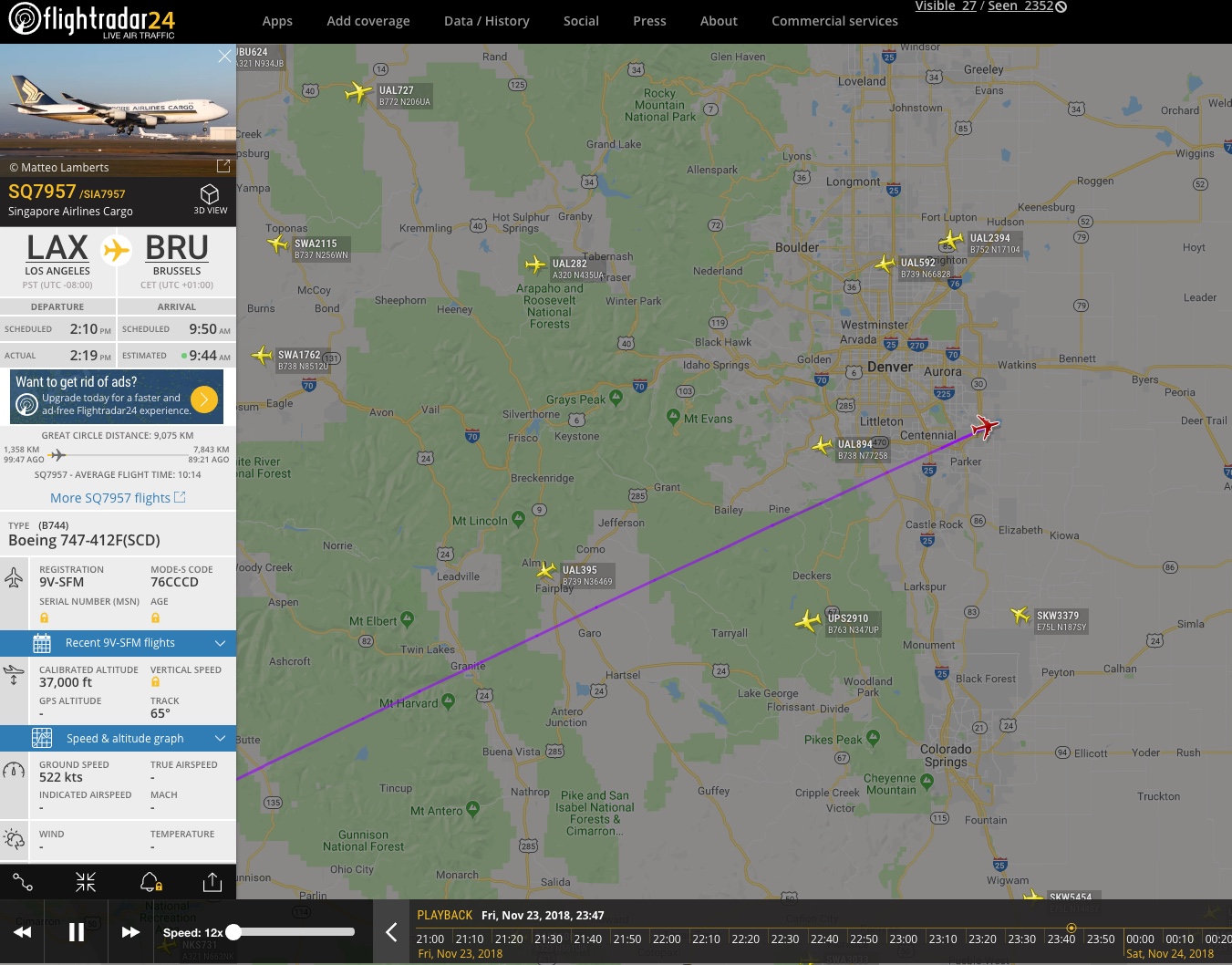 A wider view shows the path of the plane is perpendicular to the termination of the sun, meaning it's flying nearly directly away from the sun, consistent with the videos. 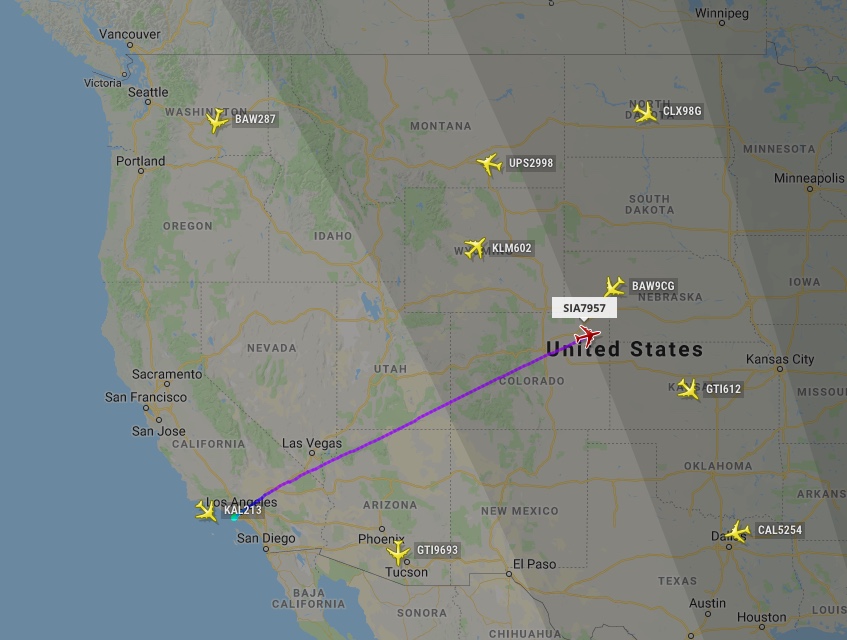