Reported in The Sun newspaper in the UK. Sighting over Cambridgeshire, UK on 15th April 2020. 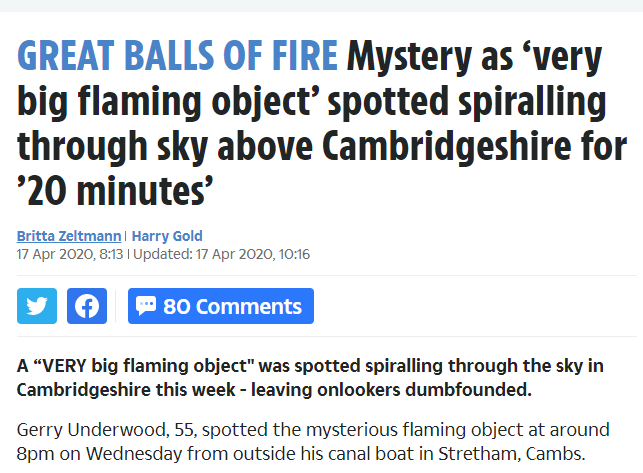 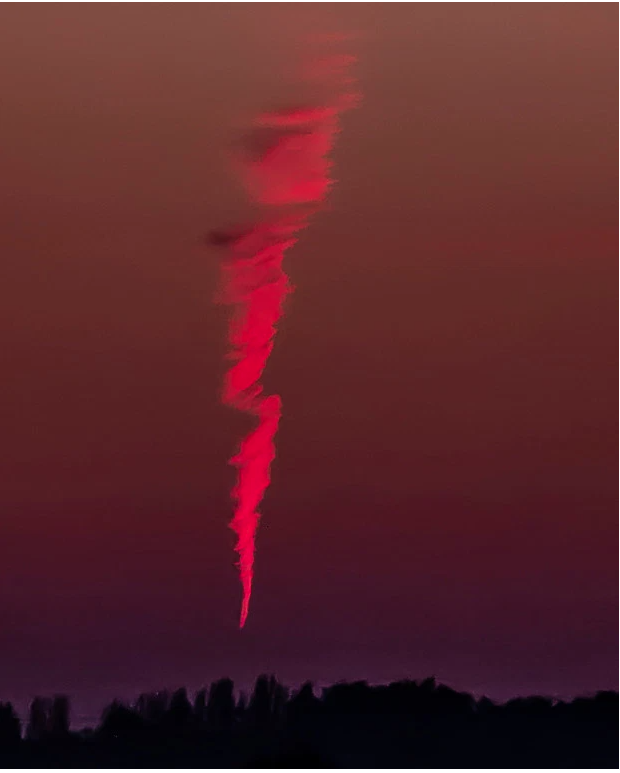 From following article in UK newspaper The Sun.

Boeing 777, QR8101/QTR8101 Qatar Cargo, registration A7-BFL. It was flying from Amsterdam, The Netherlands to Chicago, US and flying in a westerly direction over Cambridgeshire at 34,000 feet.

Yellow arrow denotes the filming location Stretham, Cambridgeshire. The person film indicates that he was filming in the direction of Huntingdon, Cambridgeshire, which is west of his location.

Gerry said he was looking towards Huntingdon as he watched it descend, but stressed the object might have landed "well beyond that.
Click to expand... 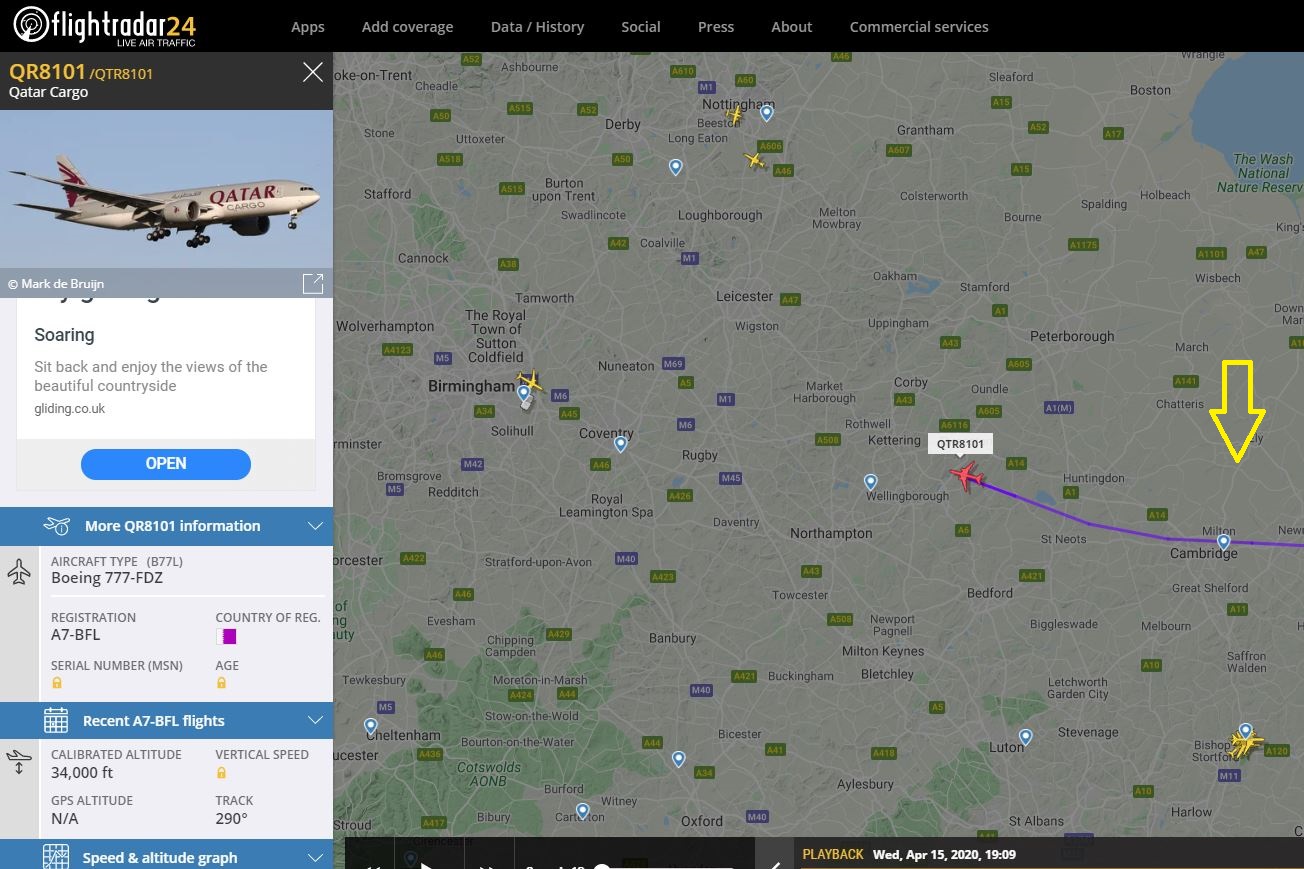 QR8101/QTR8101 noted flying over Wales as it headed for the North Atlantic routes.

https://goo.gl/maps/72oa1D2xFdMMsWYs7
You must log in or register to reply here.