Staff member
Early this morning the sky was clear but shortly before 9am contrails started persisting in places: 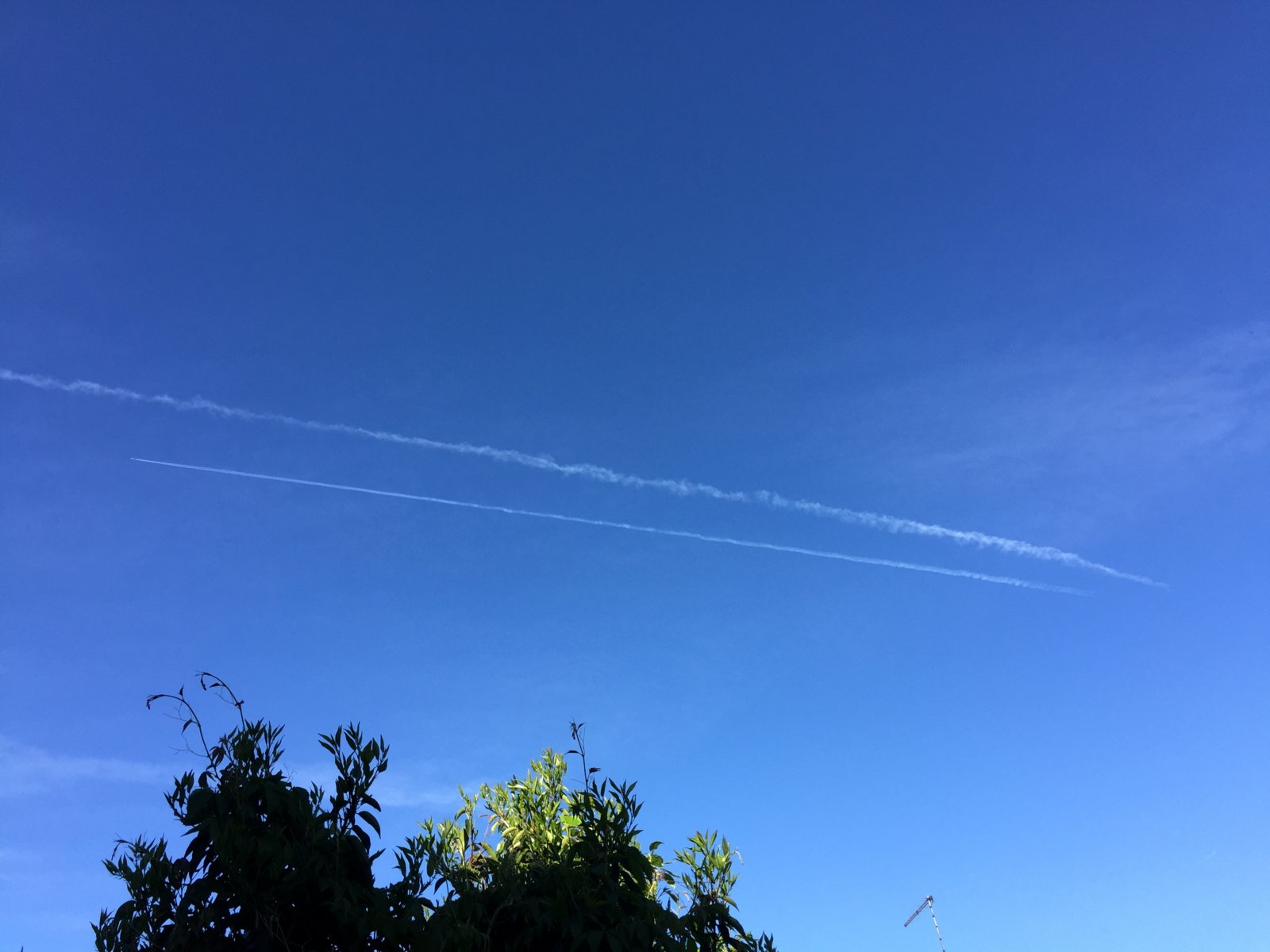 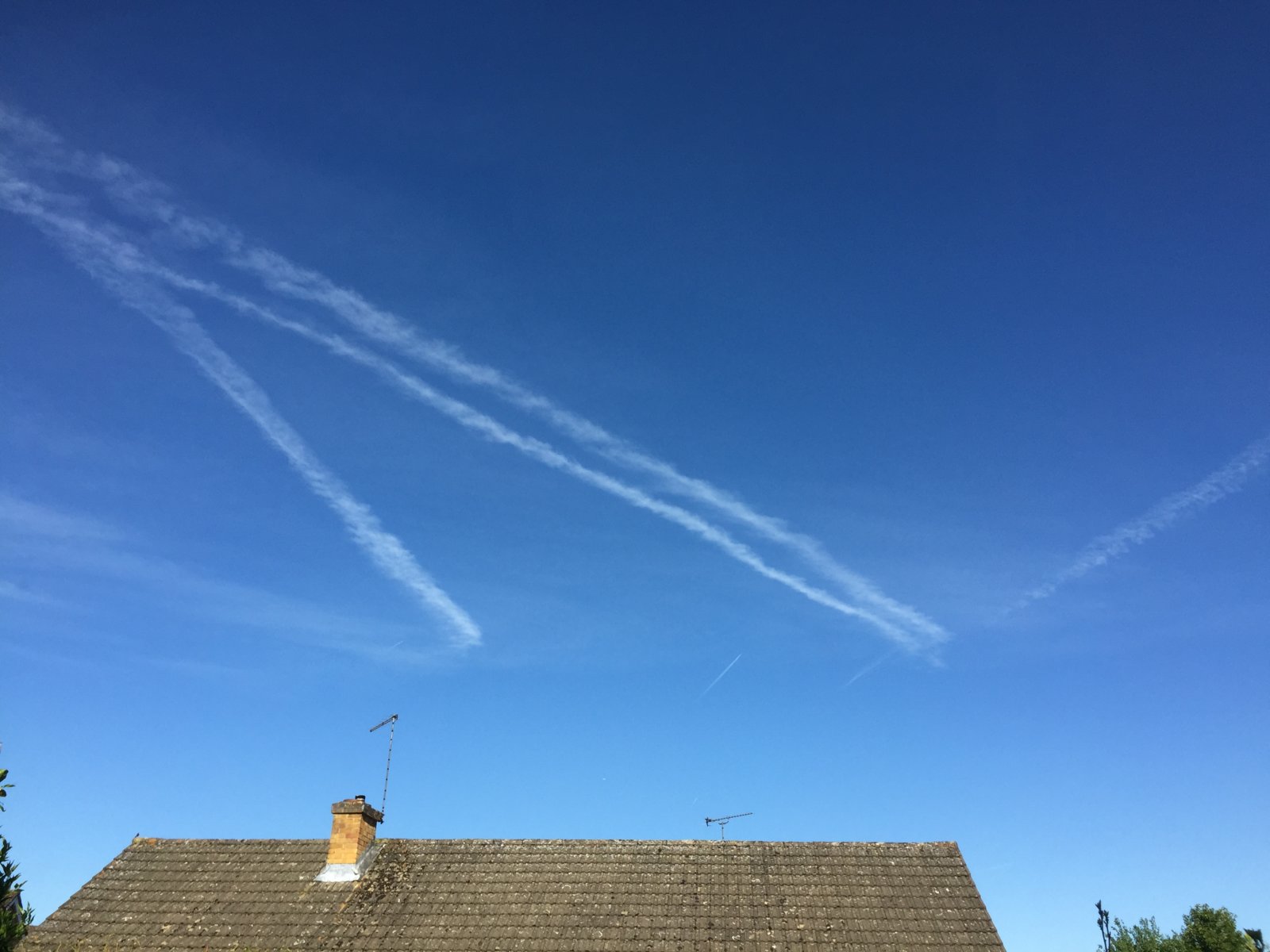 All the contrails started appearing along one line roughly parallel to my northwest-facing window. Soon the sky was well covered with a grid of contrails while beyond the line, to the west, stayed clear: 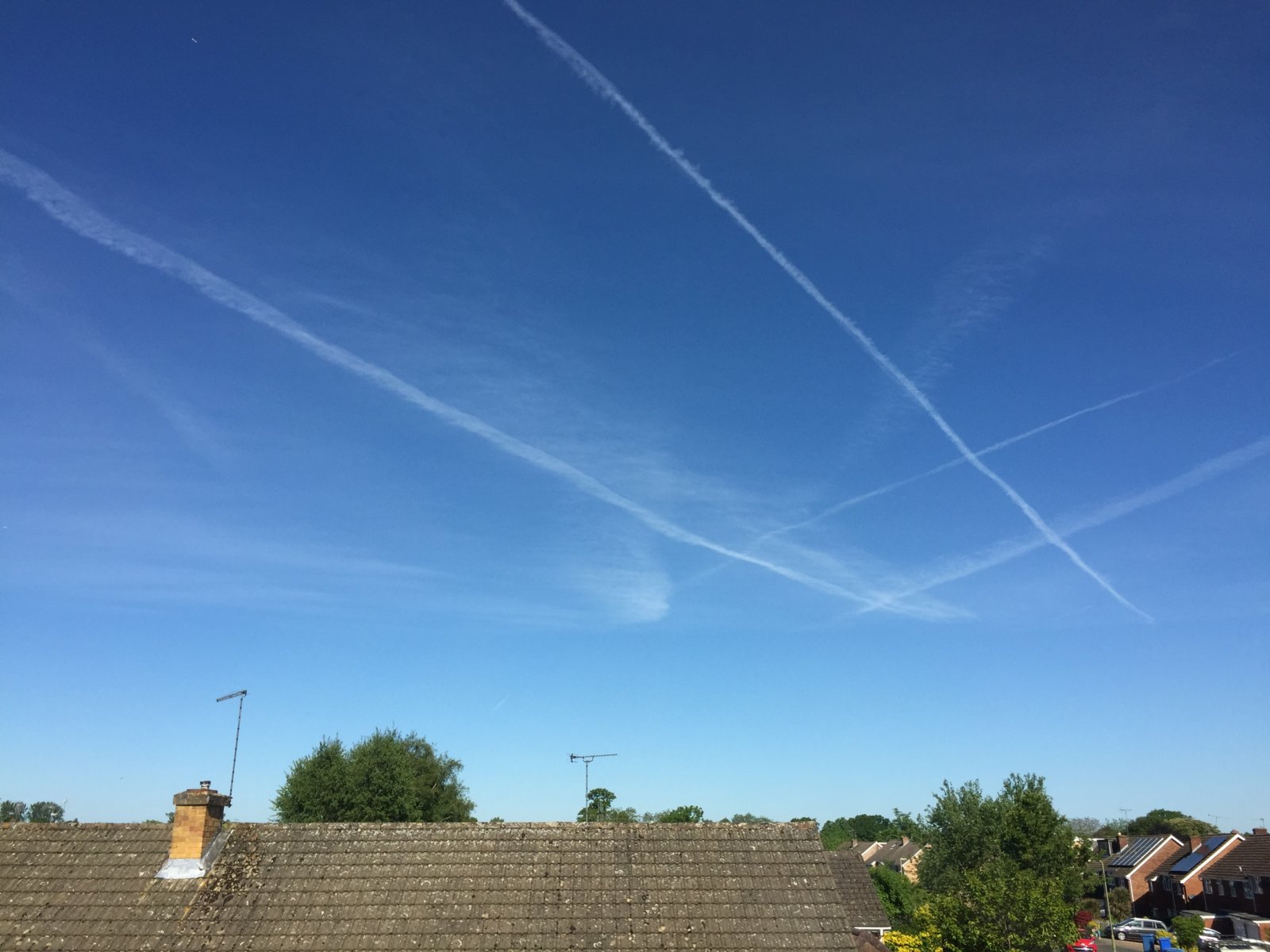 The boundary between clear sky and contrails is gradually getting further away to the west. 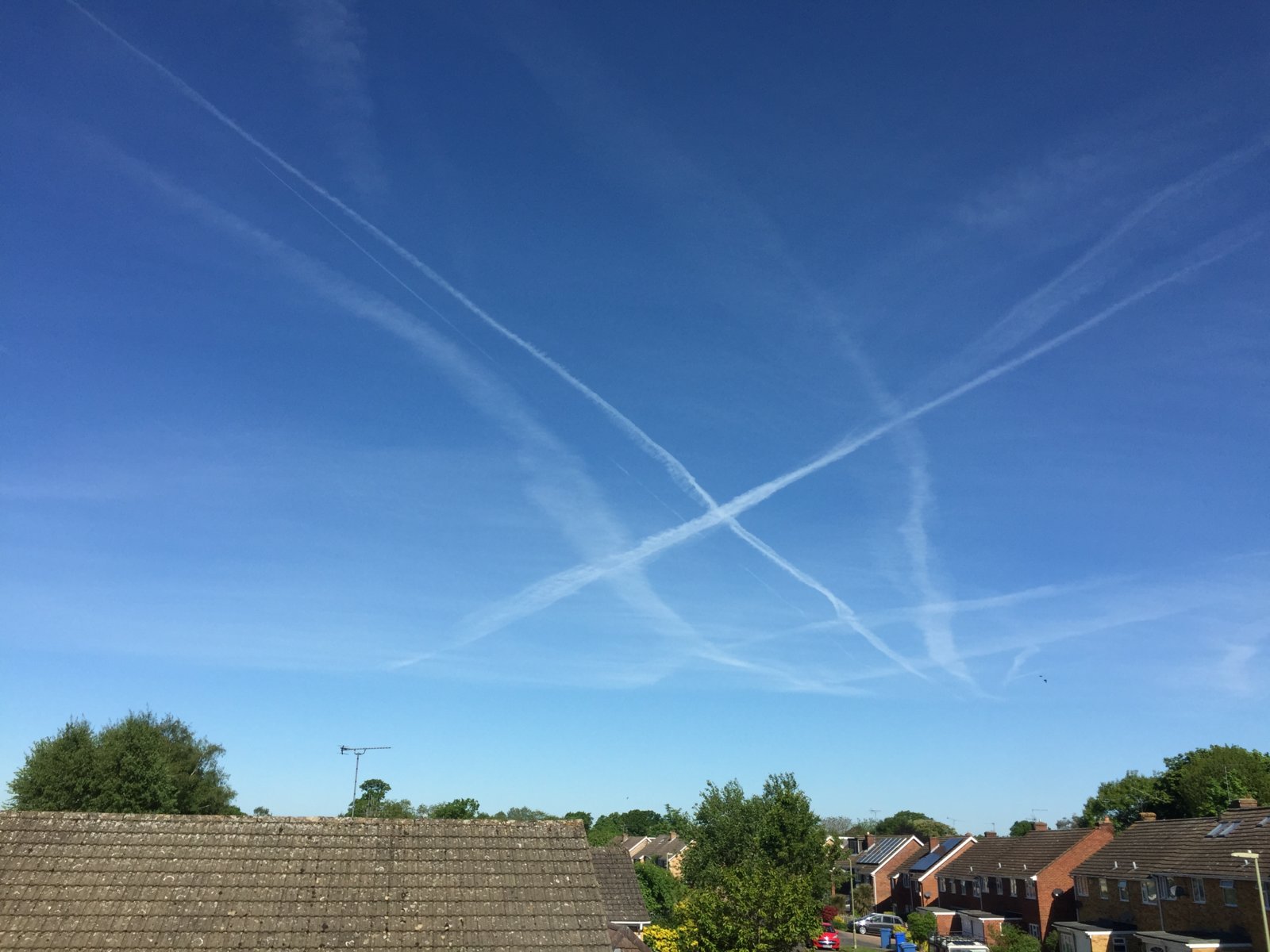 250mb humidity chart for 10am with my approx location marked by the dot. 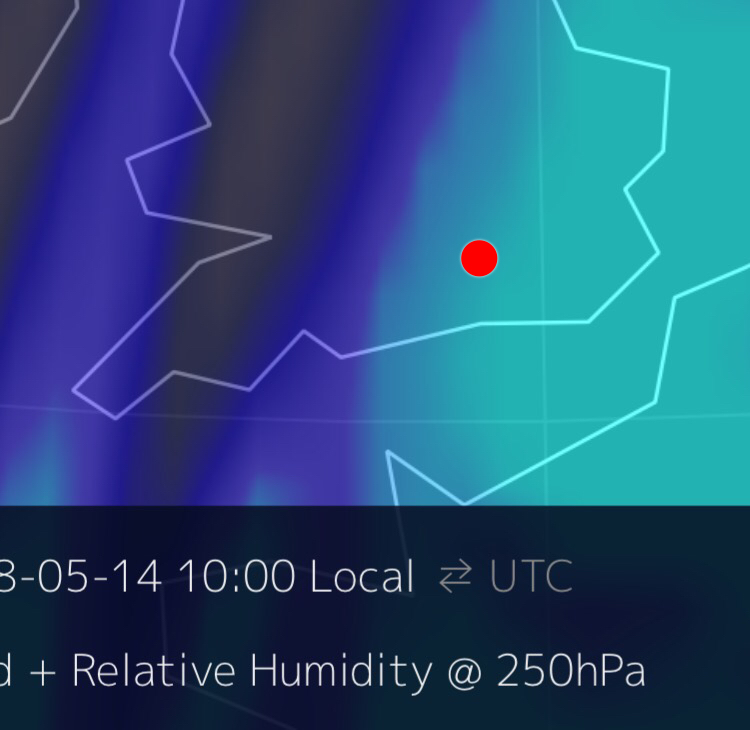 The sky to the east: 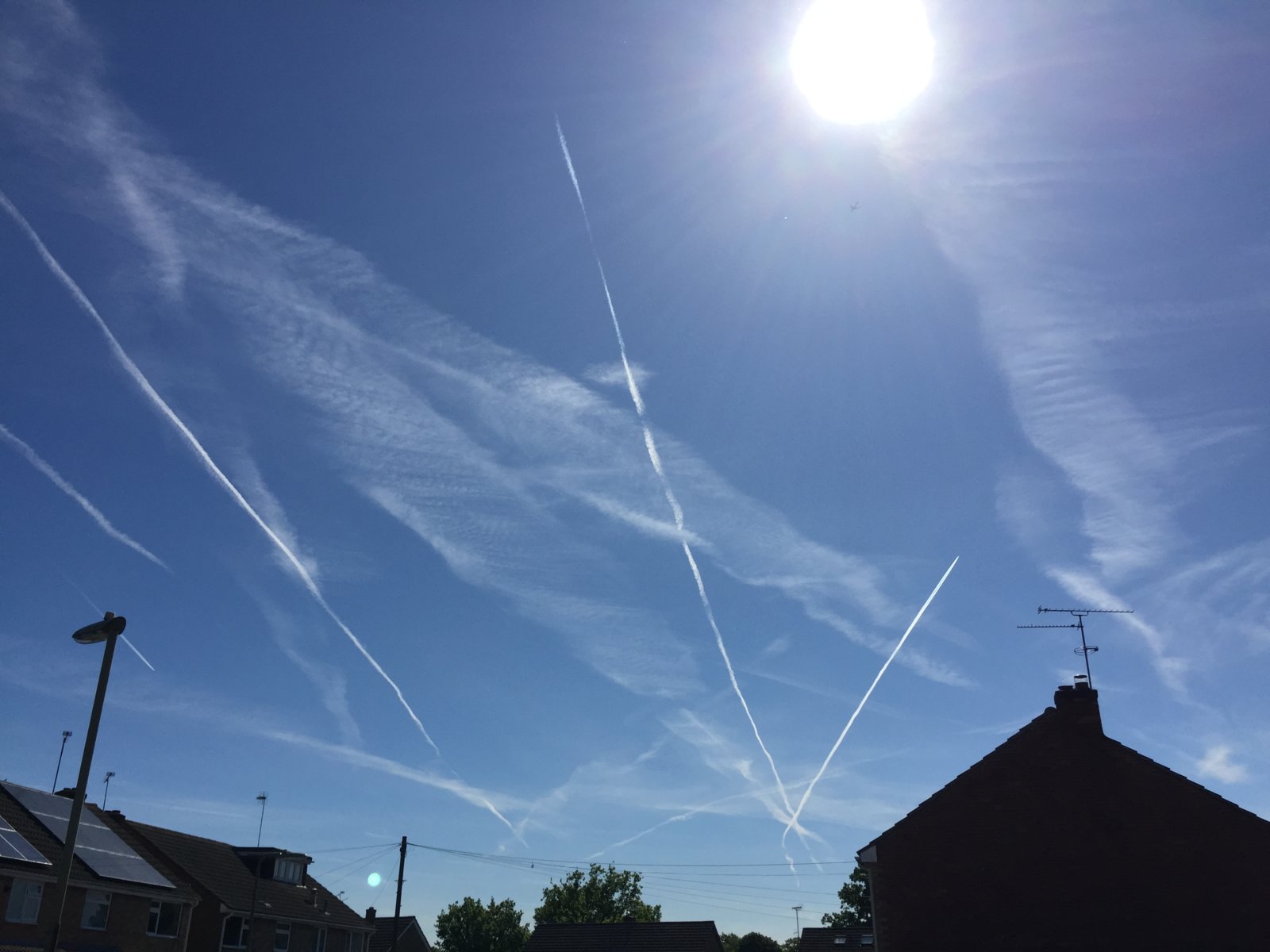