Spotted a satellite launch from Vandenberg early this morning. It started with a brilliant dot with a short contrail which lengthened very quickly. Grabbed a still shot as it rose. I thought it was an airplane at first but the brightness wasn’t quite right. 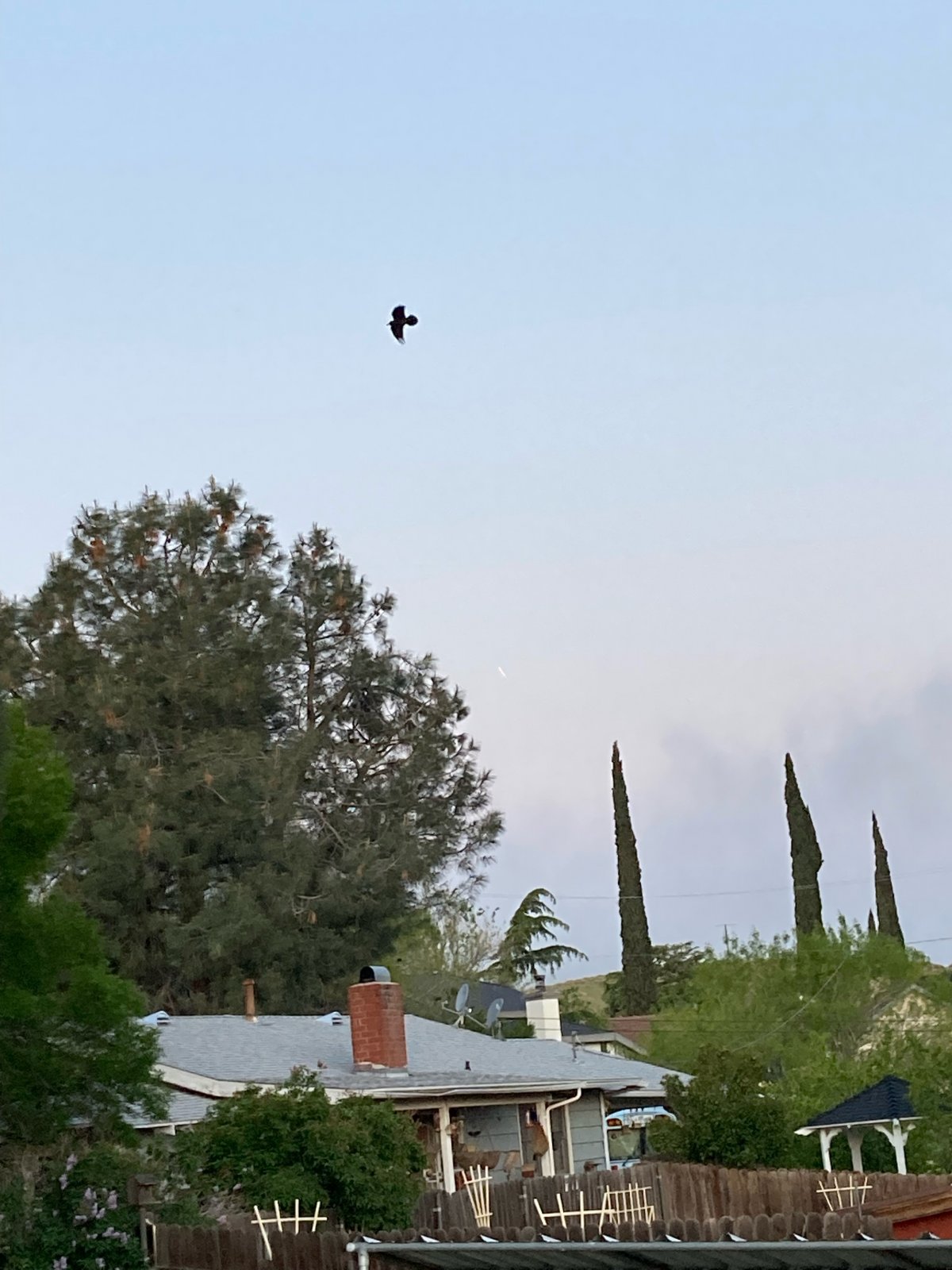 Switched over to video as it continued to rise but forgot to hit the “record” button until just after first stage separation. When the video starts, they have just separated. The first stage is still bright and the rocket can be seen slightly to the left and down.

When the second stage dropped off, it seemed to break off into 2 distinct objects headed off in different directions. I assume this was the second stage, but I suppose it could have been the payload cover. After that, no real contrail any more. Just a bright dot moving away.

The rocket launched from almost due west of my position and the flight path was generally along the ecliptic plane.

The video is definitely in the LIZ so you have my apologies. Once the second stage dropped, I could no longer see the image on my phone screen, even thought I could see the object clearly with the naked eye. I did not edit the files so that you forensics folks could see the details. If you feel any need to repost either file, please remove the geocoding for privacy reasons.

Edit: Having issues uploading the video. Will try again.
Last edited by a moderator: Apr 30, 2022

Second try at the uploading the video didn’t work, either. It’s almost 70 MB so maybe it’s too large. It appears to upload, but the thumbnail doesn’t render and, when posted, the file does not appear.

Trying the upload once again and adding some additional notes. I have the file size down to 6MB.

In the original photo, the contrail is about the width of my thumb held at arms length. In the video, I also now know why some many of these phone videos are jerky. I literally could not see the rocket on my phone during the latter half of the video. It was too small and there was not enough contrast to make it out. I was guessing whether I was capturing the rocket of not.

Lastly, the sun had risen, but the ground was still in darkness. Why is this coming out sideways?

Sorry, all I see is a pine tree.

It’s barely visible on my phone and only slightly better on the iPad. It’s very frustrating that the quality is so low because the live experience was spectacular.

I use a 54 inch TV as my monitor. Full screen, I don't see anything but a brief glimpse of a squiggly contrail. Sorry.

Oh well. Too bad they don’t announce these things in advance so you can bring out the good camera.

Mechanik said:
Lastly, the sun had risen, but the ground was still in darkness. Why is this coming out sideways?
Click to expand...

Rockets have to turn to accelerate parallel to the Earth's surface to get into orbit. If they just go straight up, when the engine stops they just fall back down. Getting TO space just requires going up a bit, but STAYING there requires going up and then building up a lot of speed "downrange". I think that's what you're asking about.

EDIT: To add, I can see the rocket exhaust/trail just fine. Not sure why anybody else would ahve problems, but that's computers for you, I guess...

I can see a contrail.

That's where it is at first: 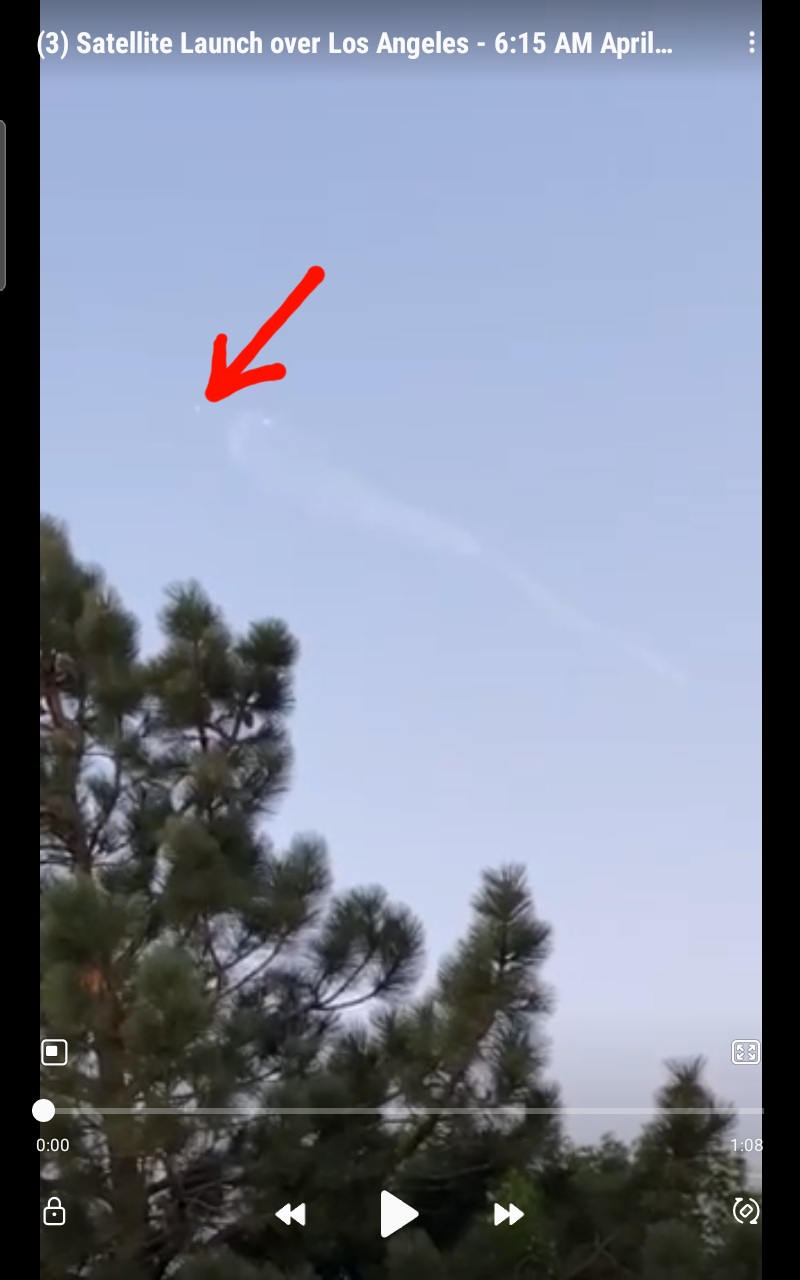 @Mechanik then pans over the trail, and after that, it's here: 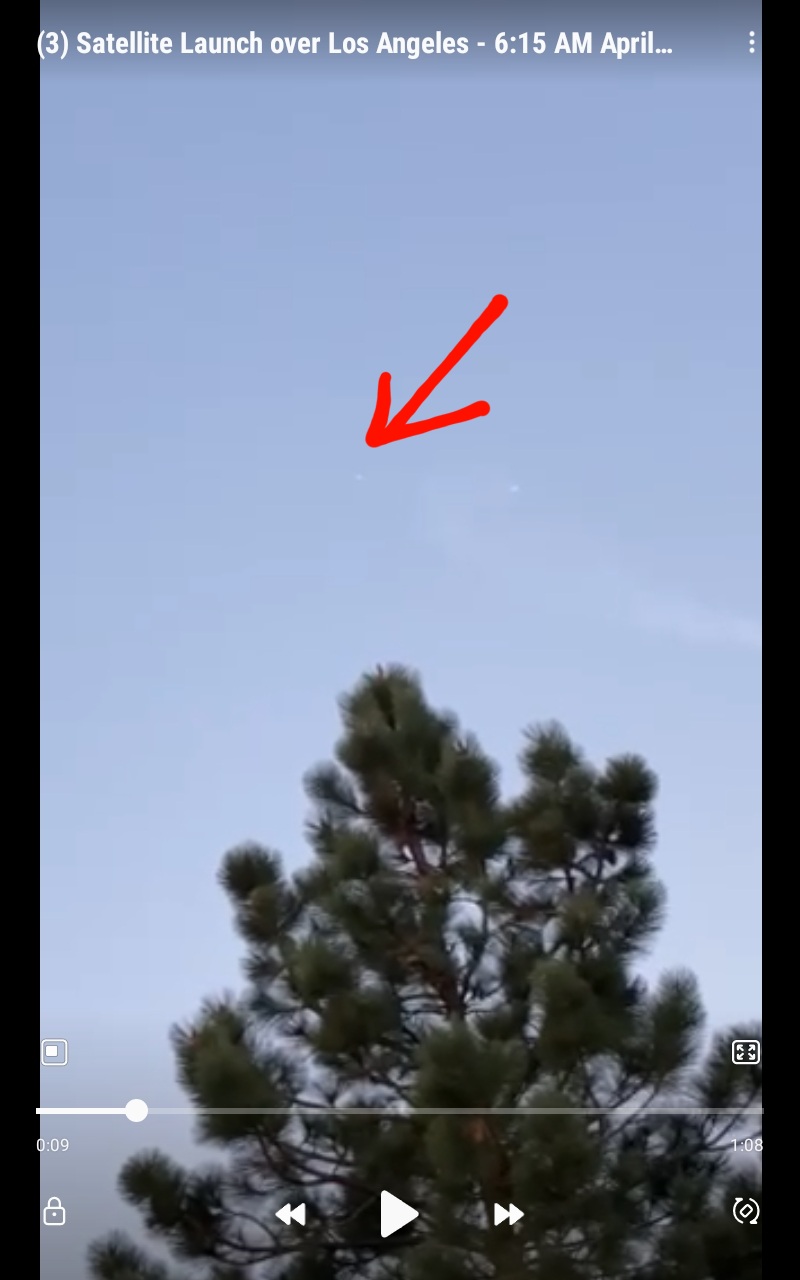 From the on, it stays in view, vertically centered at first, moving towards the right edge, then towards the left edge; and then, approximately from the "flash" comment, it moves towards the bottom center.

As a teenager living in the San Fernando Valley in the 1960s, my family and I were occasionally treated to a light show from a rocket launch at Vandenberg AFB. The times when they were most spectacular was just at dusk when the expanding plume of exhaust gas at high altitude would light up the darkening sky. As I recall, the trajectory was from right to left in the southwest sky. So, I figure the satellite, if that's what it was, must have been launched into polar orbit. The last time I saw a rocket launch from VAFB was around 1966. I have no idea what kind of satellites were being launched in those days, but I am sure they were crude compared to today's sophisticated space craft.
Last edited: Apr 30, 2022
You must log in or register to reply here.

The Origins of AAWSAP