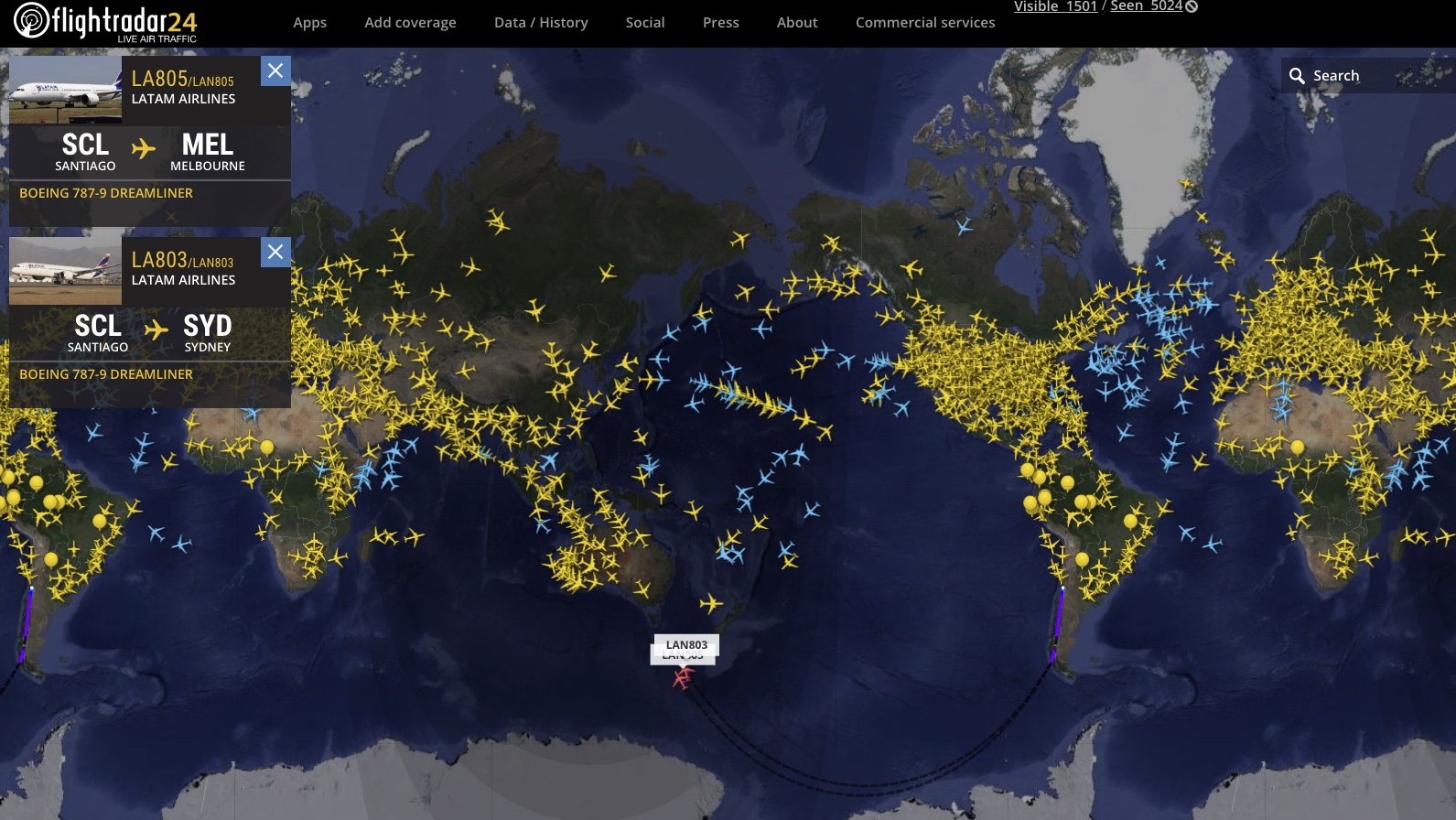 The new blue planes in FlightRadar24 are flights that are transmitting GPS coordinates via satellite. These give a near-live position for planes over the open ocean (and some remote land areas), with delays of less than ten minutes.

This fills in areas of missing coverage, particularly near Antarctica, that the "Flat Earth" folk thought was evidence that southern hemisphere flights were being faked.

While it shows the (near) live position, it does not seem to show the historical track when you click on the plane. However, you can now see that planes do actually fly close to Antarctica - routes that only work on the globe Earth.
Last edited: Jul 5, 2020
J

Perhaps the FEers have moved on from this thread, but there's another interesting aspect to the challenges of commercial aviation, and that's Extended Twin Operations (ETOPS).

Commercial aircraft have only so much fuel and so many engines, and there's rules on the routes they can take and the maximum one-engine-out travel time to a airport large enough to land them. There were some contorted paths back in the day, when jets traveling across the Pacific (NA to Australia, NA-Asia) had to travel some significantly non-great-circle routes. A fun site for exploring this is Great Circle Mapper.

Certainly there were issues with the base range of the aircraft (how far on how much fuel, with what payload, and what weather). But the more fascinating thing was the ETOPS concept. What to do if the a/c lost an engine.

Losing an engine on a 4-engine jet wasn't so bad. As jets went to 3 and then 2 engines for oceanic flights, an engine out is a much bigger deal. It wasn't until about 2 decades ago that NA to EU flights were able to route over the north pole, partially due to the extremely limited number of all-weather landing fields that far north, but mostly because a/c ETOPS range certifications got longer and longer.

On the south side of the planet, it's further crimped by having a circumpolar global ocean, and much less population for air flights to make money on. Once, 35 years ago, traveling for work but also hoping to get out a bit, I was almost able to get a Sydney-Perth-Capetown SYD-PER-CPT (now YSSY-YPPH-FACT) flight. The Perth-South Africa leg was either BA or Lufthansa, can't remember now. That would have been awesome. But, sadly, that leg got canceled a couple weeks before I was scheduled to travel, so my route to Africa ended up being SYD-MEL-SIN-BOM-NBO (now YSSY-YMML-WSSS-VABB-HKJK). At least I made it to the Serengeti!

So, back to ETOPS. For instance, go to Great Circle Mapper and enter YPPH-FACT (Perth-Cape Town). That's a 5400 mile route on great circle. Using an ETOPS of 120 minutes (that means being able to get the a/c to an appropriate landing field in emergency) it's obvious that there's no way to fly non-stop between the two cities. 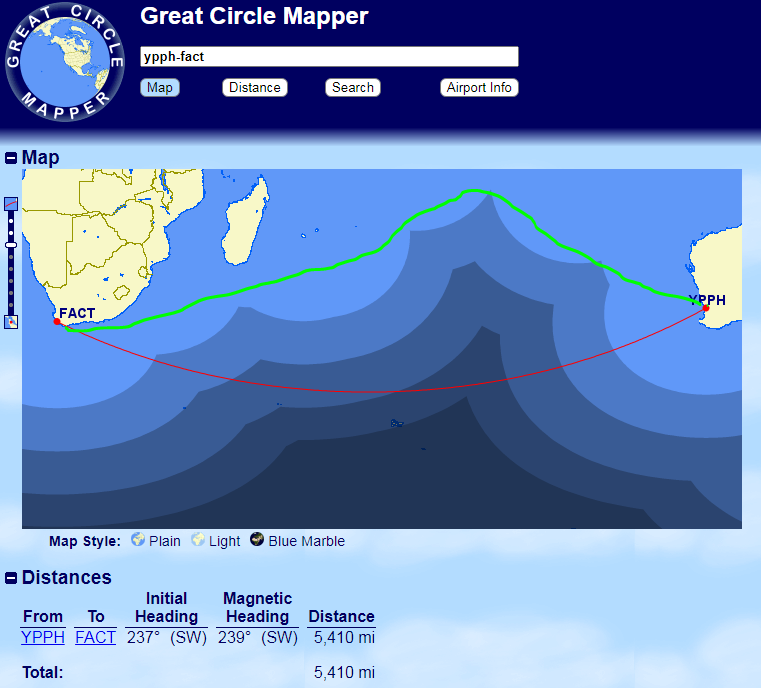 The lightest blue is the maximum range the a/c can go following the ETOPS 120-min rule, the next step is 180, then 240, then 285 minutes. The red line is the great circle path between the two cities. As one can see, only an a/c with an ETOPS rating of 285 minutes could travel that leg straight. Now, if the flight had "fuel to burn", so to speak, a twin-engined commercial flight could have done the route with an ETOPS of 120 but only if it stayed completely in the light blue zone by following the green path, which was over 1500 miles further. Was impractical and expensive.

Nowadays, if there was enough business, it could be practical for a twin engine jet to make the great circle route but only if certified to 285 minutes or greater.

Explained: Why the Earth does not look oblate in photos from space

Matching GOES-16 or other Geostationary Satellite Views in Google Earth