Salar de Uyuni is the world's largest salt flat. In a rainy season, it could appear as a huge mirror spanning over a large distance all the way to the horizon. Flat Earthers take the flatness of Salar de Uyuni (and salt flats in general) as 'evidence' the Earth is flat. 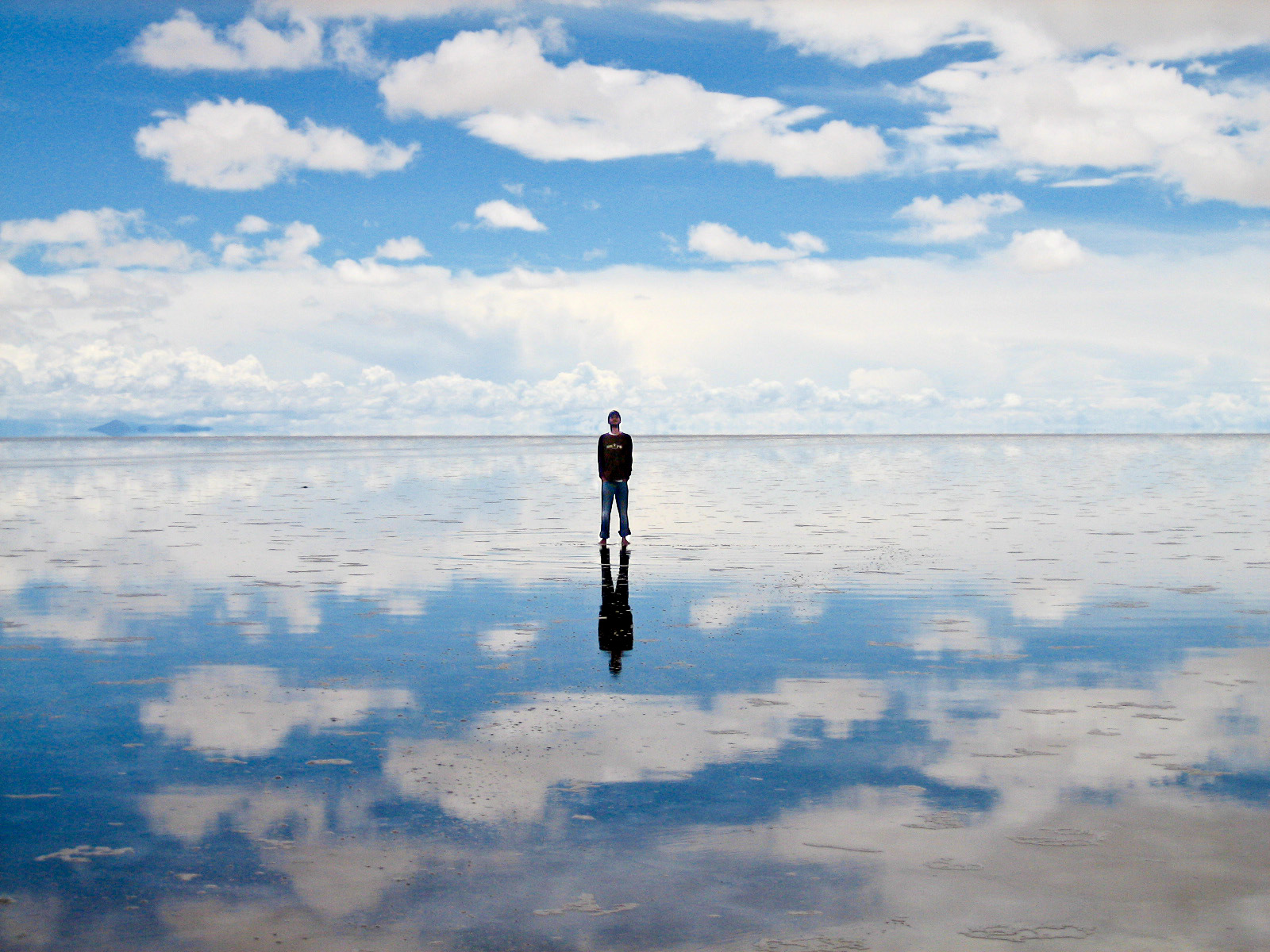 Evidently, Salar de Uyuni is a very popular tourist destination, and there are a lot of tourists made 360° photosphere in the area. So I started to look at some of the pictures and tried to find if there's an easily recognizable landmark in the area which we can use to show the obstruction from the curvature of the Earth.

The topology of Mount Tunupa (from topographic-map.com) 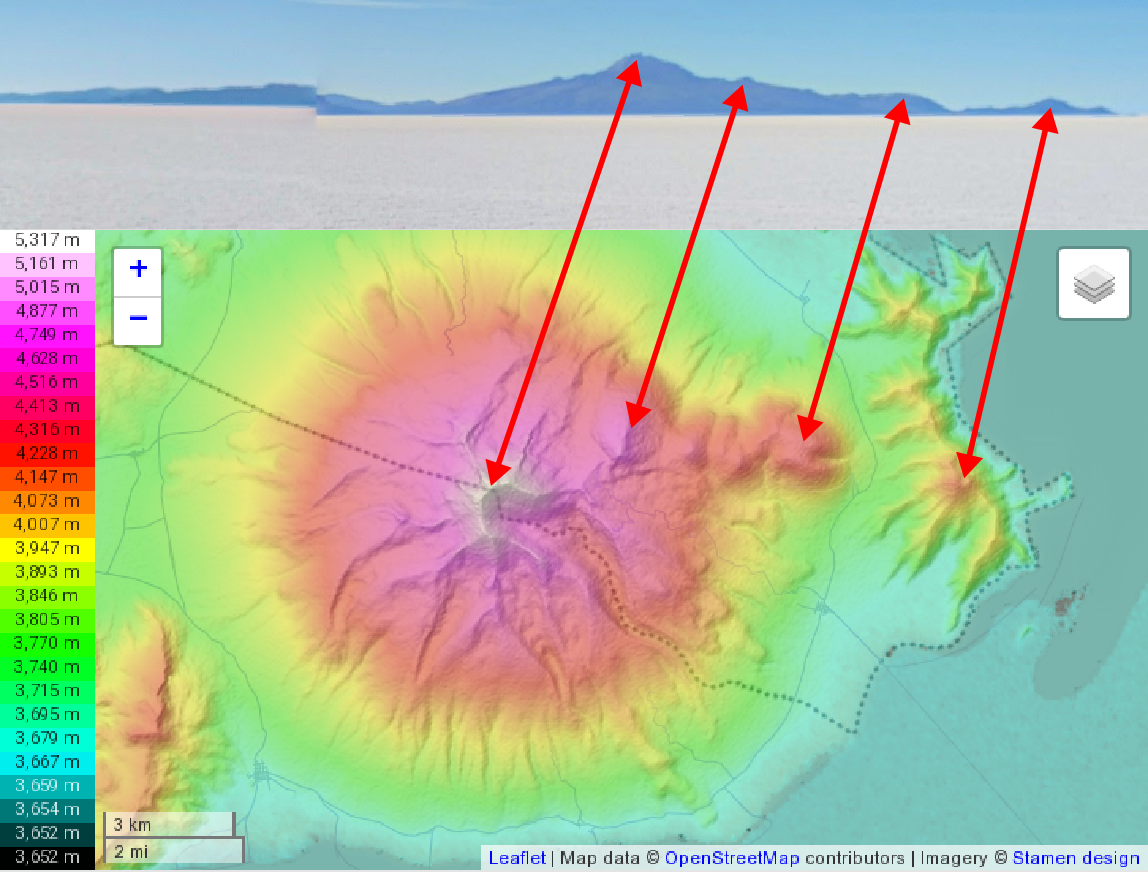 The notable features are the hill on the right and the valley connecting it to the peak of Tunupa.

The following is the compiled result of 19 photospheres along the route. The photos are rotated and scaled so that both peaks are level and aligned. Discontinuities in the pictures are stitching glitches, which are not unusual in casually taken 360° panoramas.

Map showing the positions where the photosphere was taken. There are the possibilities of GPS errors, so I took as many pictures as possible along the route. 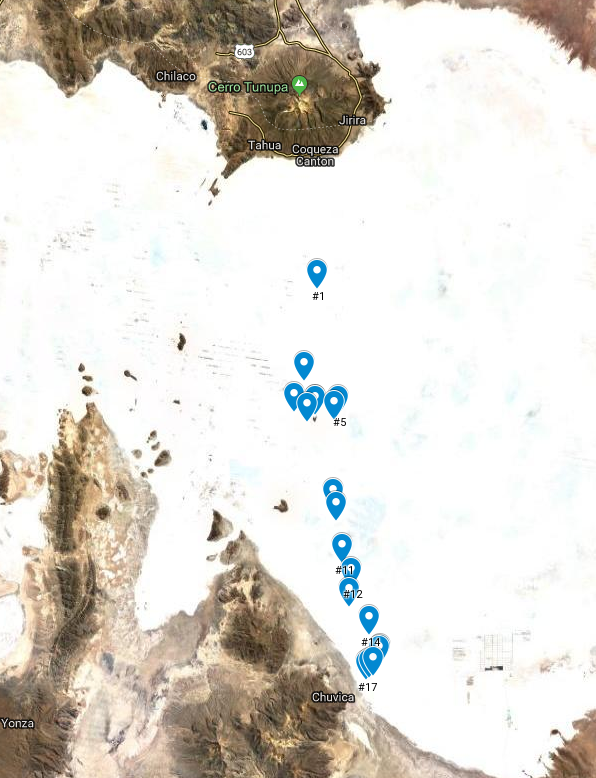 As we can see, everything is as expected on a spherical Earth. We see less of the volcano as we go farther, and it disappears from the bottom up.

Staff member
See also:
https://www.metabunk.org/detecting-the-curve-on-salt-flats-and-salt-flat-lakes.t8814/
You must log in or register to reply here.