Ukrainian officials stated that Russian forces have already committed about 330,000 servicemen to their invasion of Ukraine without conducting partial or full-scale mobilization in Russia. Ukrainian General Staff Main Operations Deputy Chief Oleksiy Gromov stated that Russian forces grouped 150,000 servicemen into battalion tactical groups (BTGs) and other formations and involved additional 70,000 troops from air and sea elements, with the remaining personnel staffing non-combat support units.[6] Gromov noted that Russian forces committed more than 80,000 servicemen of the mobilized reserve, up to 7,000 reservists of the Russian Combat Army Reserve (BARS-2021), up to 18,000 members of the Russian National Guard (Rosguardia), and up to 8,000 troops from private military companies. Gromov did not specify if Ukrainian officials included information about forcibly mobilized servicemen in the Donetsk and Luhansk People’s Republics (DNR and LNR) in these numbers.

British intelligence estimates that Russian losses in the first three months of the war were up to 20,000, while Ukrainian officials said Russian losses were nearing 30,000.

The WaPo then quotes Michael Kofman, director of Russia studies at CNA:

Russian forces continued offensive operations to drive north toward Lysychansk and reached the southern outskirts of the city on June 23. Ukrainian sources confirmed on June 23 that Russian troops captured Rai-Oleksandrivka and Luskotivka on June 22, which will allow Russian forces to launch further advances toward Lysychansk without having to complete an opposed river crossing from within Severodonetsk. 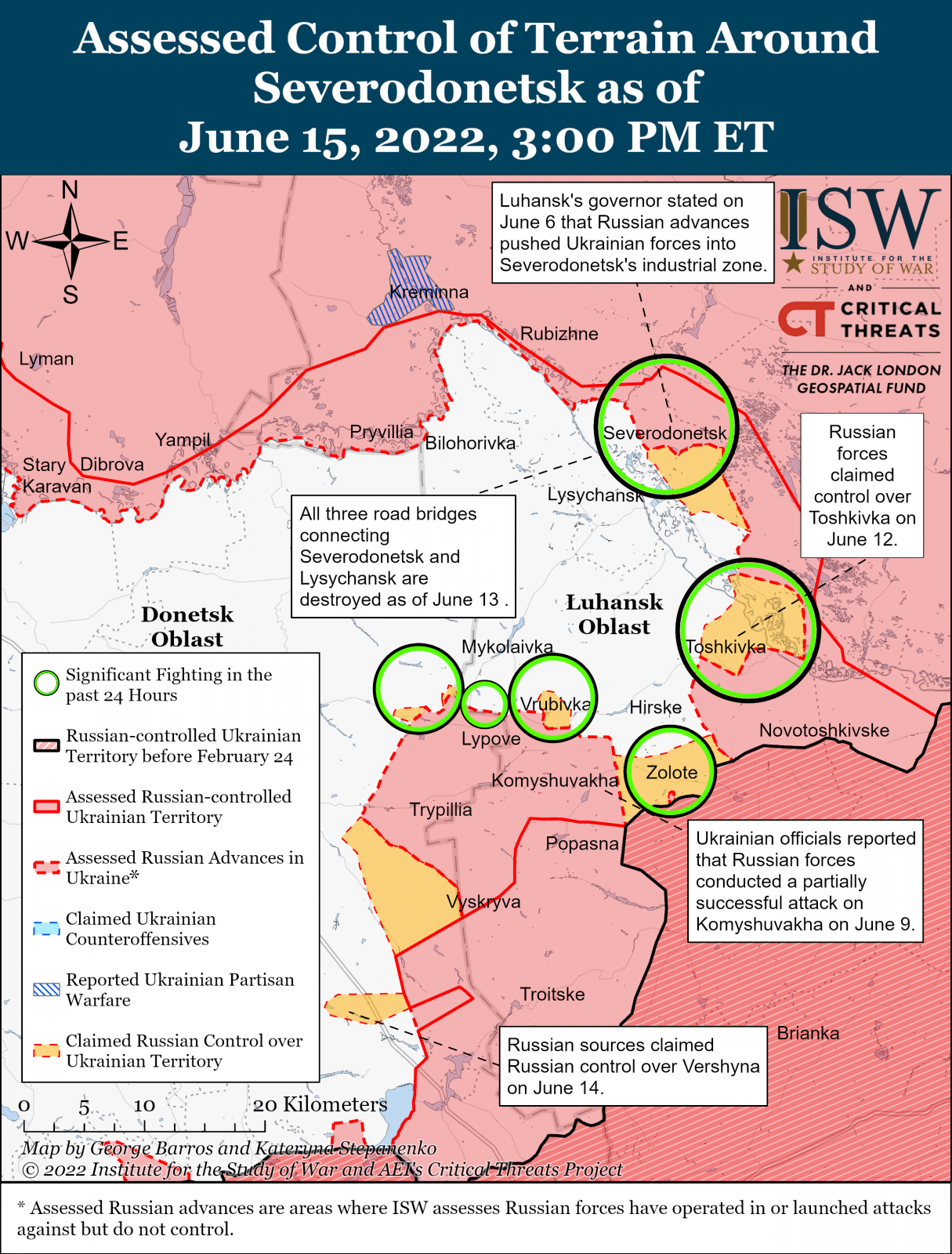 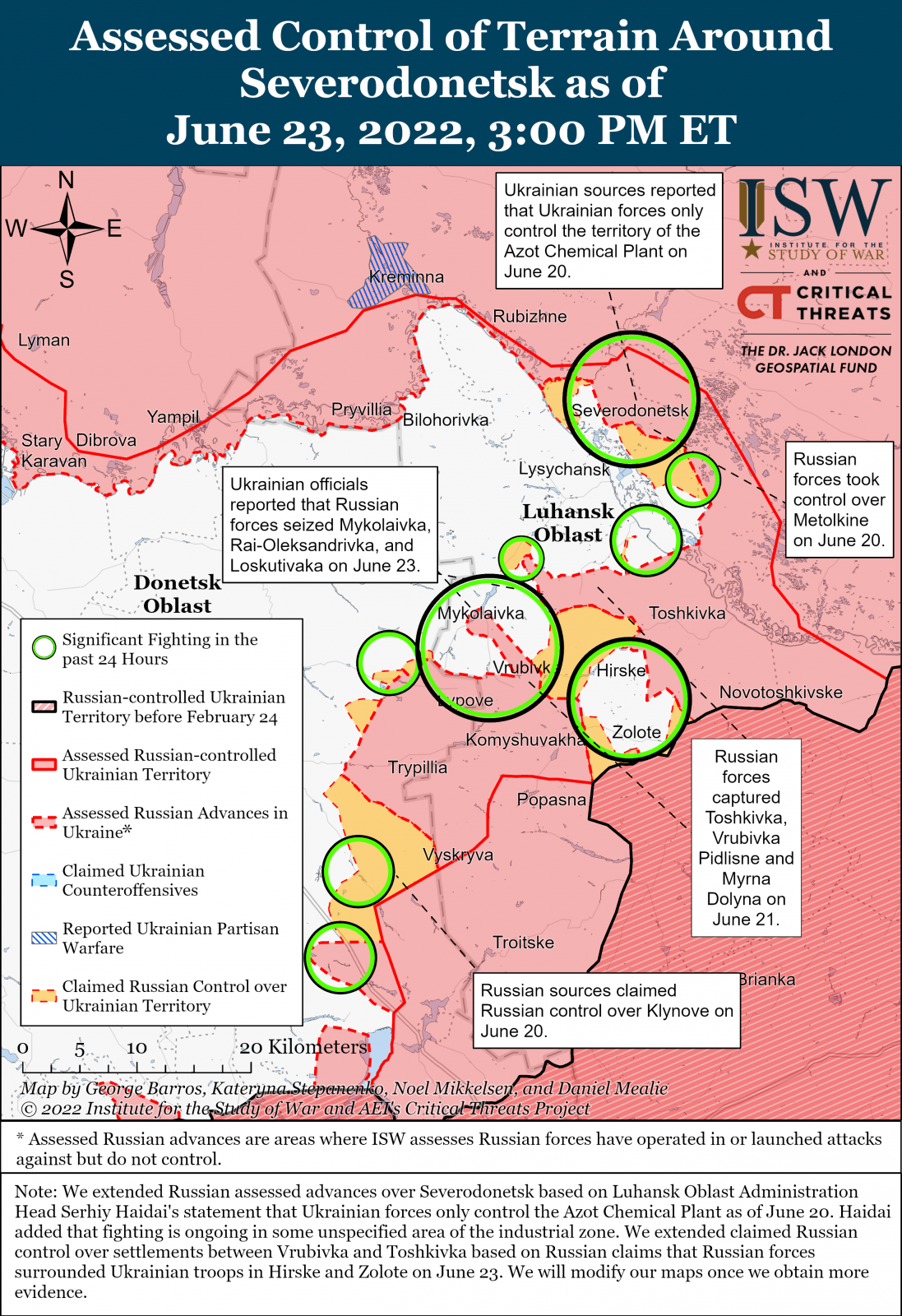