This picture of Roman numeral "figure eight" contrails had been taken at Saint Simons Island, GA on December 26, 2014. 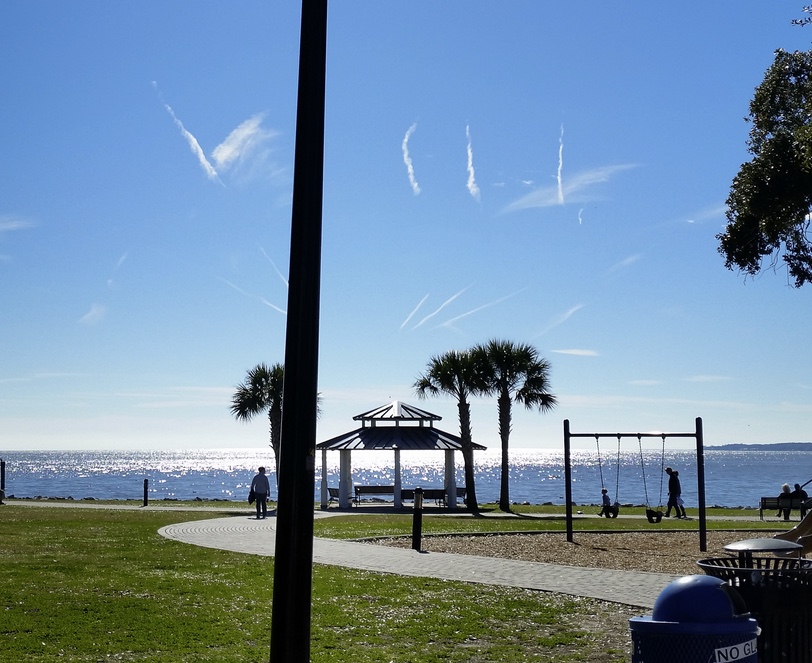 The number VIII is made with short contrails within a narrow band of sky, almost parallel to the horizon. The sky above is clear and there is a band of clear sky below these contrails separating them from those closer to the horizon. This suggests that these contrails probably have been formed within a long pocket of moist air surrounded by the mass of dryer air, an invisible linear cloud revealed by the passing planes.

To explore this suggestion I have pinpointed the location of the photo to a paved lane in the seafront Neptune Park. It has allowed a perfect fit of the photo to Google Earth, which is fully consistent with its Exif. This includes the Sun position at the time of photo (11:50 EST) right behind the street lamp: 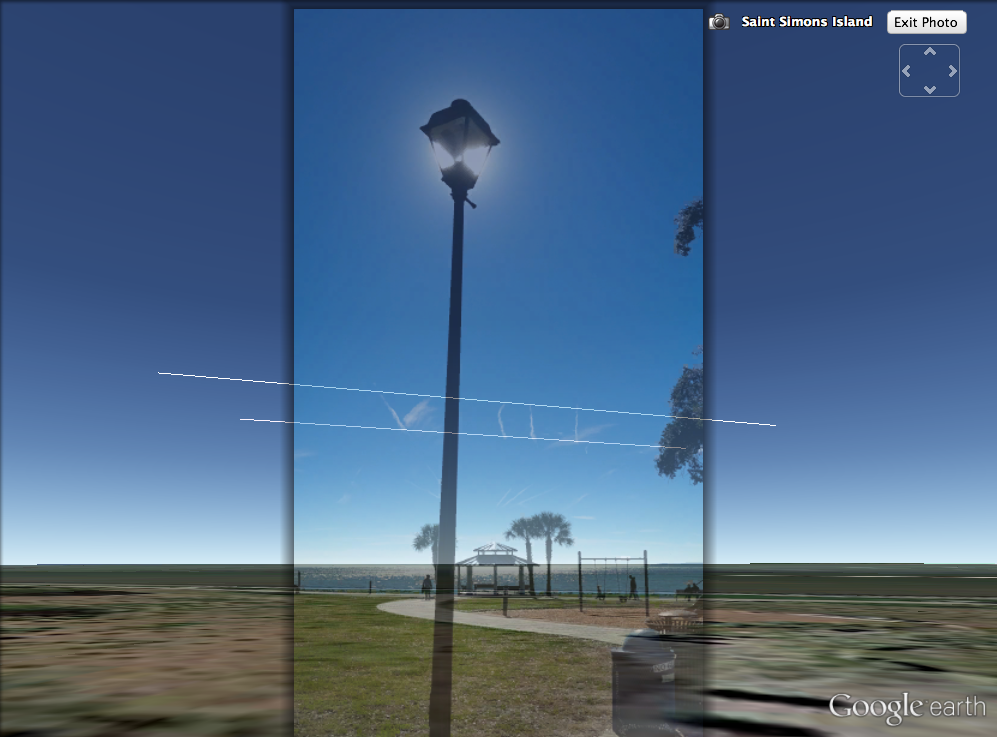 Then I have modelled the trails as lines raised to the altitude of 35,000 ft. I also have connected the 'top' and 'bottom' pieces of presumably the same plane's trails: 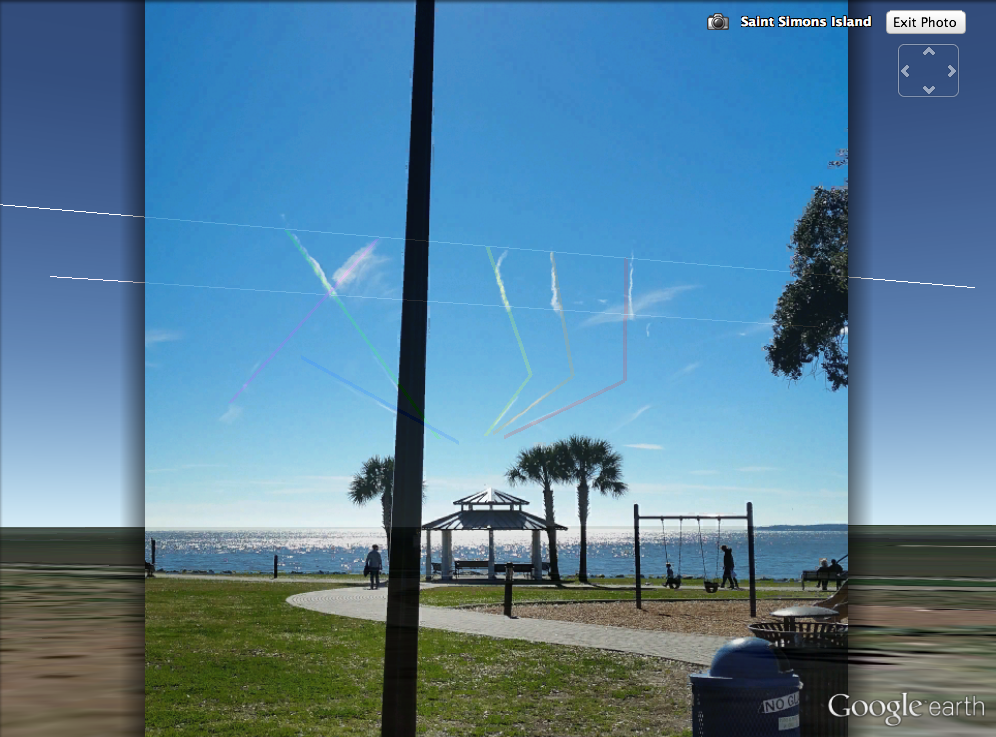 In the next step I have checked the FR24 playback and identified the candidate flights for each of the six trails: DAL2367 (purple), DAL2610 (blue), JBU62 (green), DAL2076 (yellow), UAL1496 (orange) and ACA1225 (red). The oldest (purple) trail is about twenty minutes old and the youngest (red) is about three minutes old. Their flights' tracks downloaded from FlightAware are all to the west of the observed trails, but each of them has a right shape and orientation and is at a corresponding distance from its presumed trail for the same wind speed and direction: 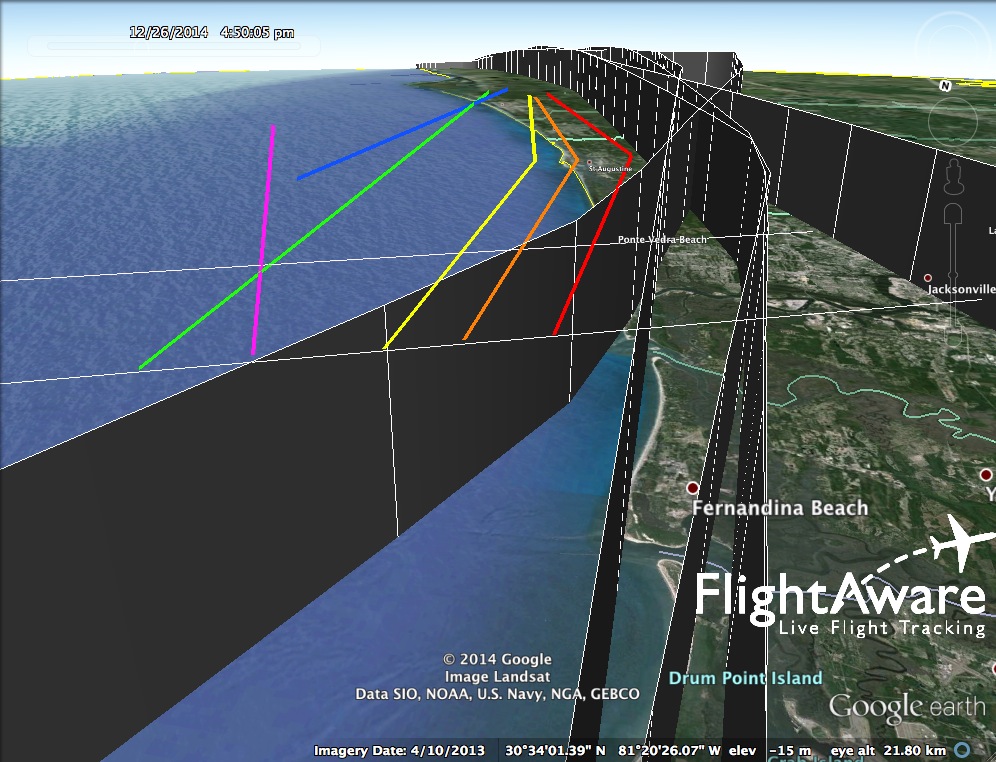 All these flights were at essentially the same altitude of 35,000 ft at the time they crossed a 10 km (7 mile) wide band between the two thin white lines. DAL2076 was still ascending that may explain a slight curvature of its presumed trail. The estimated wind direction (245°, along the white lines) and speed (130±10 km/h) are in an excellent agreement with the forecasted ones for the date and time. Interestingly, the 1500Z (10 am EST) forecast does show a band of moist air at this approximate altitude (250 hPa) near the contrails location: 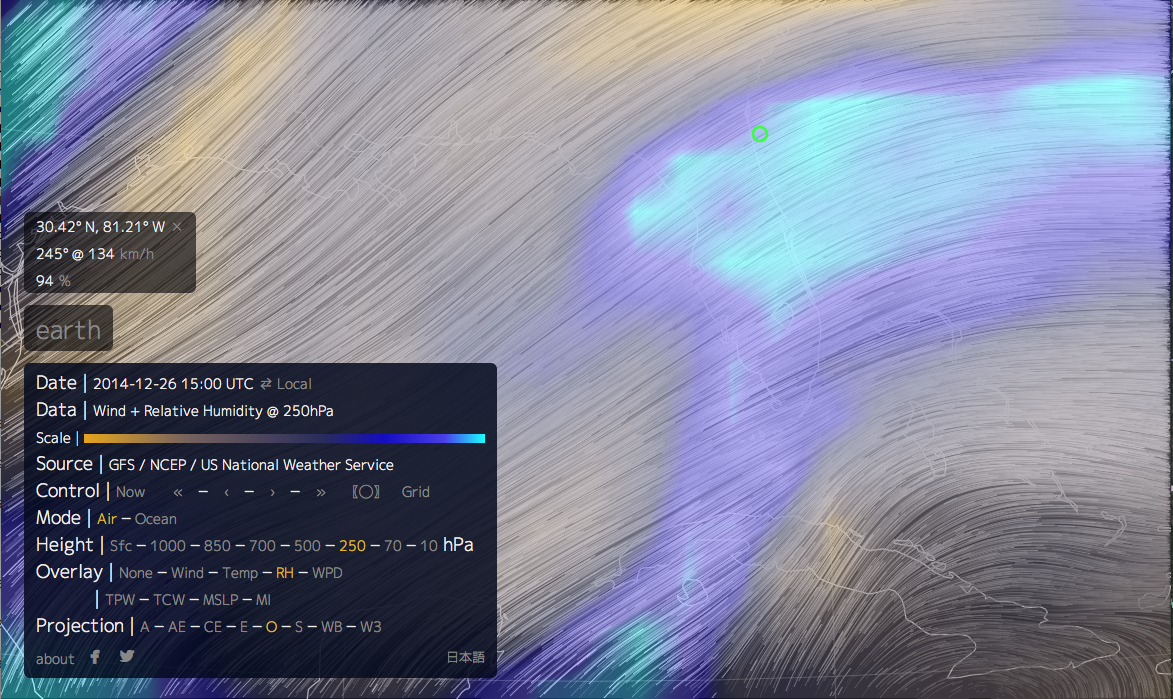 PS Technically, these contrails were of the Florida coast near the FL/GA border, but in the title I would like to 'credit' Georgia, from where they had been observed.

PPS The KMZ file for this analysis is attached.

Wow this was an amazing read. Very informative. I've seen similar trails living next to an airport and was curious what factors of altitude and direction. If there wasn't a pocket of moisture in that region do you believe there could have been at the presumed altitude the flights traveled through that zone in? Cool stuff!
S

Going though the comments on the FB page linked to the Shawnee "Awareness Ribbon" post, I spotted a picture of Roman numeral "19" made of short contrails: 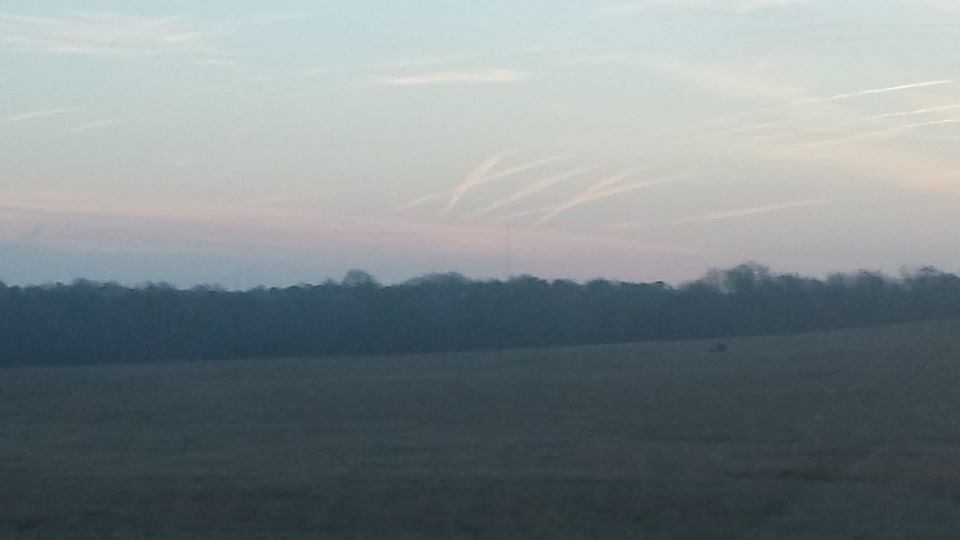