What the researchers discovered was that out of the 30 suspected troll-like clusters they manually analysed, 28 self-identified as pro-Trump, Make America Great Again (MAGA), or QAnon accounts.

derwoodii said:
What the researchers discovered was that out of the 30 suspected troll-like clusters they manually analysed, 28 self-identified as pro-Trump, Make America Great Again (MAGA), or QAnon accounts.
Click to expand...

you left out the preceding paragraph which gives your quote much needed context.


Dr Graham said the team also separately zeroed in on tweets that specifically pushed the conspiracy theory that the virus had been manufactured as a "bioweapon" by the Chinese Government.

"The reason we wanted to look at that was because it was probably one of the biggest during this pandemic," he said.


The second part of the analysis identified co-ordinated efforts to promote a particular coronavirus conspiracy theory – that it was engineered as a bioweapon by China. With this narrower scope, the method to identify co-ordination was expanded from one second to one minute and so likely captures fully automated bot accounts as well as more hybrid automated-human accounts and perhaps some fully human accounts operating in close co- ordination. A co-retweet network of 2,903 accounts and 4,125 links or co-retweets between them was identified. Within this network, the top 30 clusters were analysed manually to identify group identities within each cluster.

Of these 30 clusters, 28 identify as Pro-Trump, QAnon, and/or Republican partisan. The two exceptions were a cluster of broadly pro-Democrat accounts and a cluster of ‘Baloch National Movement’ accounts that heavily pushed anti-Pakistan content.

The co-ordinated efforts to promote the bioweapon conspiracy theory focused on 882 original tweets, which were retweeted 18,498 times and liked 31,783 times, creating an estimated 5 million impressions on Twitter users. Similar research in January suggests there is a sustained, co-ordinated effort to promote this theory by pro-Trump, Republican and aligned networks of accounts.

Whether the coordinated inauthentic behaviours we have observed for the bioweapon conspiracy are orchestrated by the hard core of participants in these groups themselves, or are designed by external operators to target and exploit the worldviews of such groups, the net effect is often the same: the themes and topics promoted by coordinated inauthentic activity are taken up by the wider fringe community, and thereby gains amplification and authenticity: the mis- and disinformation contained in the initial messages is no longer distributed solely by bots and other accounts that may be identified as acting in coordinated and inauthentic ways, but also and to a potentially greater extent by ordinary, authentic human users. 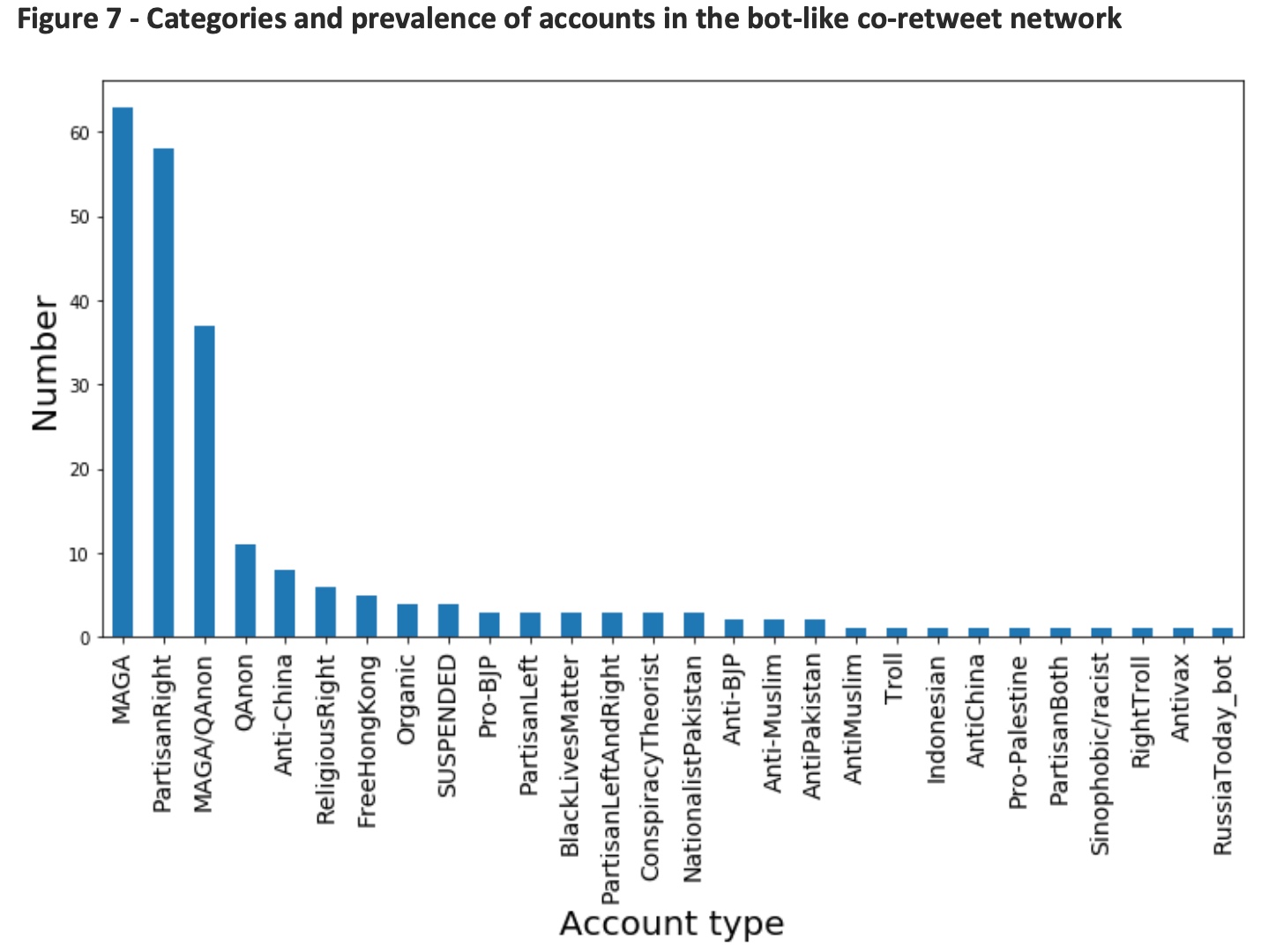 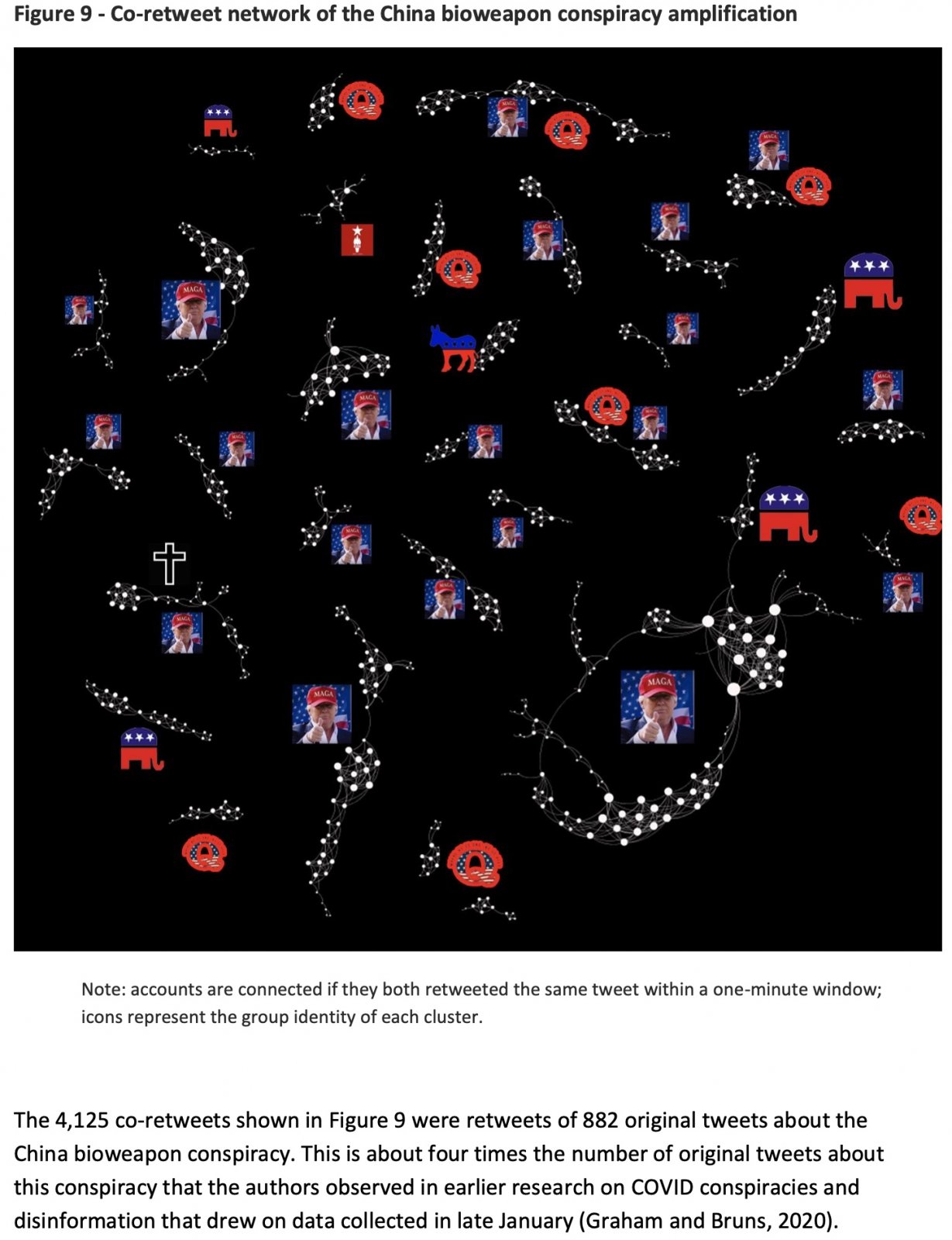