It seems to show a lit object hanging in the sky, it is filmed from a drone, there was some suggestion in the thread that it was the Wintergreen Ski resort. But no actual investigation.

As per usual the location was a bit vague, but by looking at some of the posts made by the OP I was able to get the exact location in Google maps.

The OP also helpfully posted a daytime shot of the same view, apparently from a different altitude though.

It is here in on Google maps. 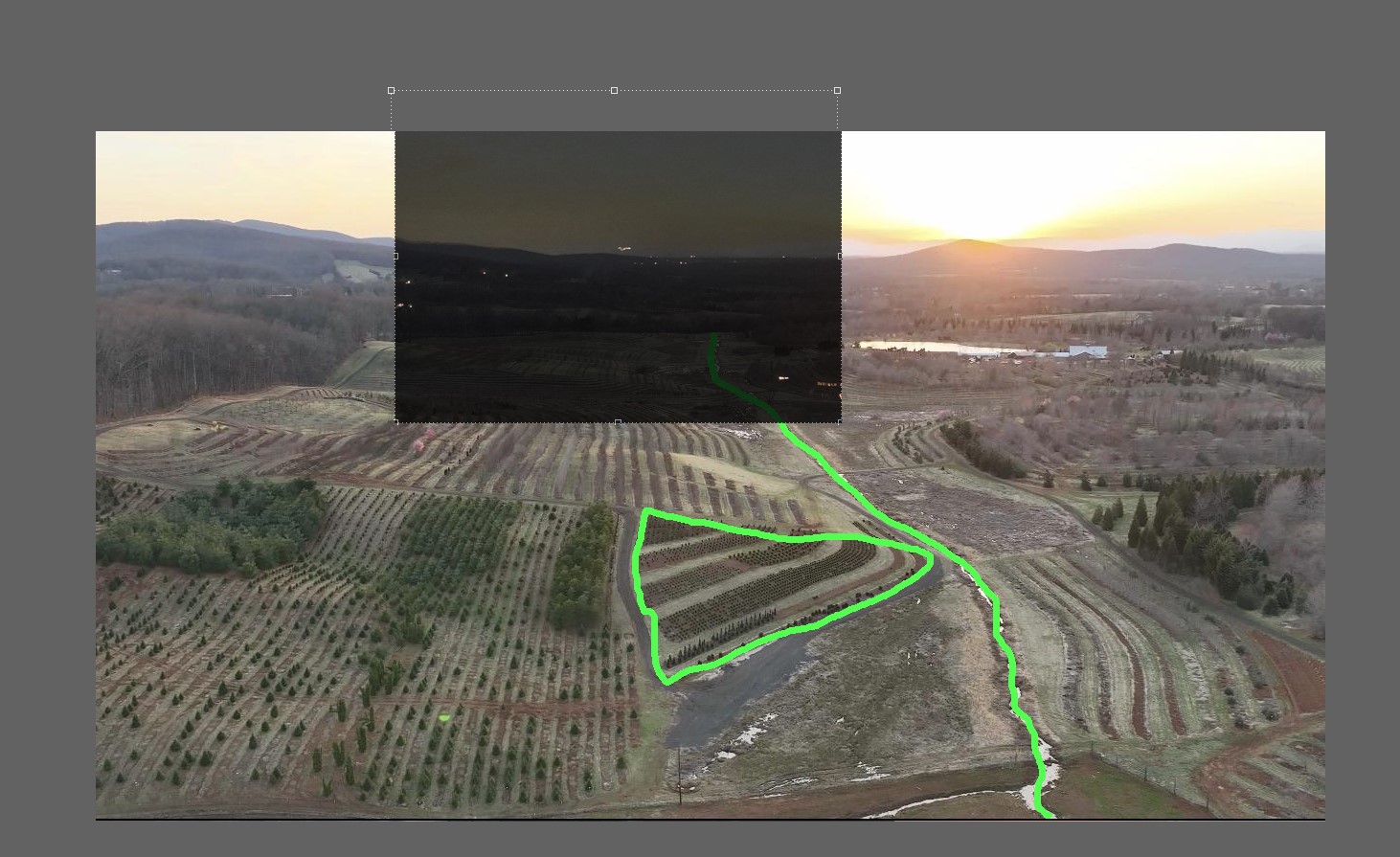 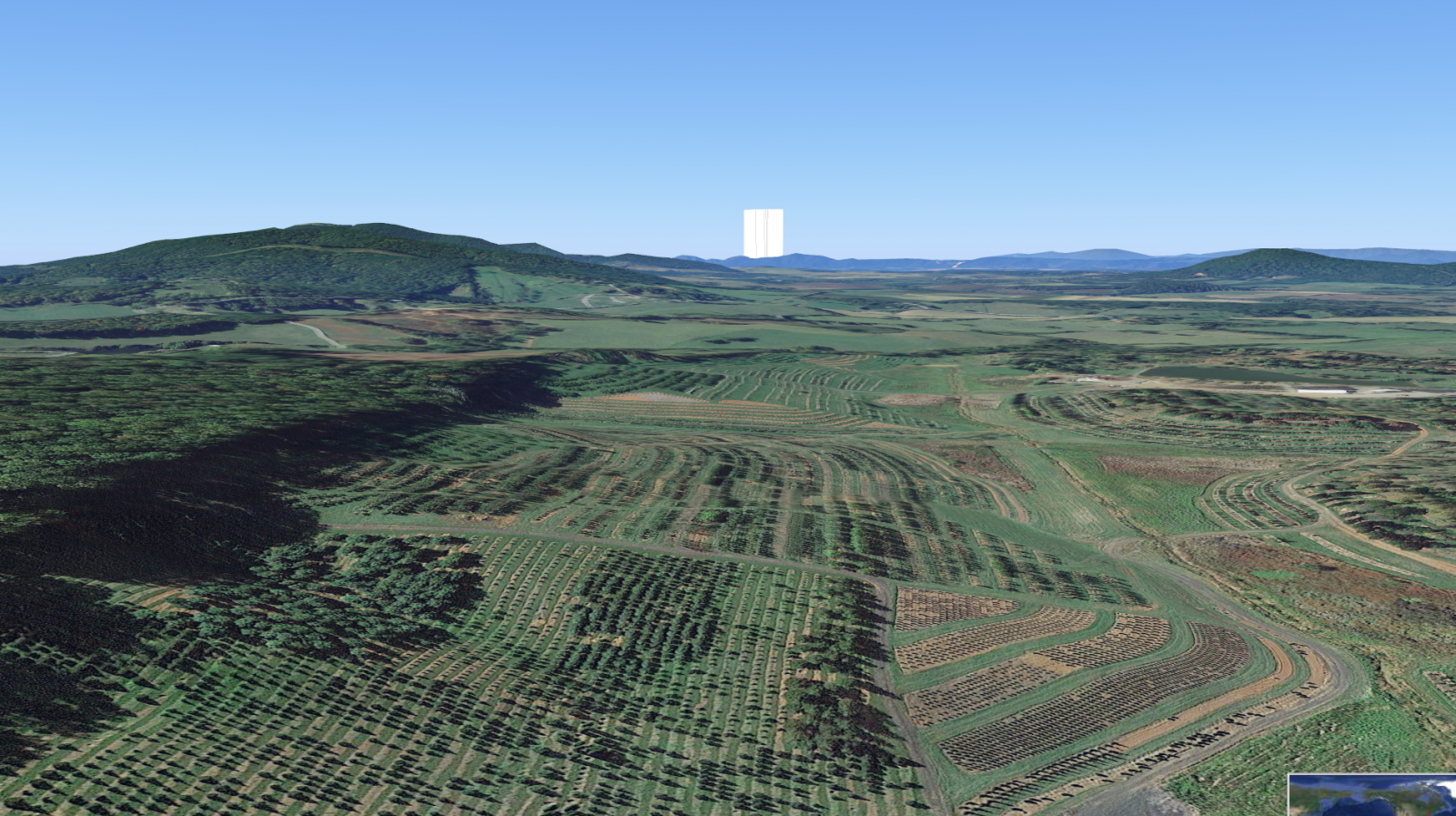 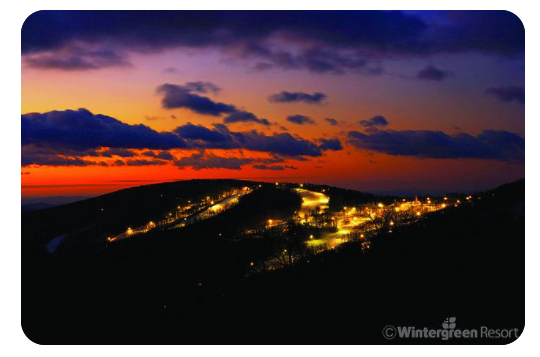 Using Google Earth Identify Contrails and other Objects in the Sky