What time stamp are the palm trees? I couldn't see them.

yea they do look like those. right in the beginning of the vid.

The Windmill Palm is one of the most cold-hardy palms and can withstand temperatures as low as 5°F.

Trachycarpus fortune is a slow grower at only about 1 foot per year. Although they can reach heights up to 40 feet tall, most top out at 25 feet with a frond spread up to 10 feet. It has palmate, sword-like leaves that are about 4-feet in diameter and grow upward.

The Windmill Palm is popular in states like Alaska, Delaware, Massachusetts and Maryland for its cold hardiness.

Staff member
Here's my bash at stabilizing. I did it on individual Tic-Tacs, picking the ones that moved the least, and contrast enhanced
Source: https://www.youtube.com/watch?v=RGVIQxtH8e4


The flashes that show up look like glitches to me.

Mick West said:
Here's my bash at stabilizing. I did it on individual Tic-Tacs, picking the ones that moved the least, and contrast enhanced
Source: https://www.youtube.com/watch?v=RGVIQxtH8e4

Thanks Mick that's the kind of stabilising I wanted to see.

This gif may offer some insight into what may have happened, assuming the UFO video was initially taken because of something real that caught the person's eye, before UFOs were added later in the "zoomed" version." This is a school of bait fish at the beach, jumping out of the water as predators below them chase them towards the surface. You often get gulls and other birds above the school, poor little fishies are caught between predators above and predators below! This would possibly account for the flashing bright patches along the surface of the water, and hints of shapes hovering above. Of course, this would NOT account for the remarkably-stabilized-to-one-another fake-looking movements of "UFOs" revealed in Micks stabilized version. But it might be what caused video of the scene to be shot in the first place, as seen in the first part of the video.

Mick West said:
Here's my bash at stabilizing. I did it on individual Tic-Tacs, picking the ones that moved the least, and contrast enhanced
Source: https://www.youtube.com/watch?v=RGVIQxtH8e4

Certainly a lot better than my efforts.

I've not much experience with image stabilisation, so just used the filter for this in the video editing tool I use. I'm curious what tool you used Mick to get the much better results.

purpleivan said:
Certainly a lot better than my efforts.

I've not much experience with image stabilisation, so just used the filter for this in the video editing tool I use. I'm curious what tool you used Mick to get the much better results.
Click to expand...

Adobe After Effects. Probably 30% of it needed some manual tracking though. Single point on whatever Tic-Tac seemed to be moving least for each segment.
Click to expand...

An excellent reddit post on the hoaxing history of the Cousin brothers or Blake cousins or whatever they're called - with the biggest question of all answered at the end:

As you can see, by comparing the landscape of the video with the area discovered by u/extreme_kiwi, we clearly see that it's the exact same place.


The Blake Cousins claim that the video was sent to them by an anonymous source, and that it was recorded in Jerusalem, Israel. What I did was using u/extreme_kiwi's finding as a starting point and I searched the nearby areas to see if I find any landscapes or buildings resembling what is in the video. And after a few minutes, i found it ! It's in the town of Honokaa, just a few kilometers away from the location where the Tic Tacs were filmed.


This was allegedly sent to them by a guy named Tim Ross and was filmed somwhere in "New Zealand". And again, It's in Honokaa Hawaii, just a few kilometers away from the two other locations. After this discovery, I realized that most, if not all the CGI videos on their channel were filmed in Hawaii. I started marking the locations of the sightings on Google Earth. The end results were interesting.


Now the location of the sighting in the video description is correct, but the footage itself is a CGI, as well as the fake reactions of the people speaking in the background. Not to mention the dramatic music.


The video description is hilarious : "We are now able to publish this video to YOUTUBE after two years of convincing the persons who shot it that we would not reveal their identity!". I found that they recorded the video near the Hilo radio station tower.


This was recorded in an unknown location. Turns out it's the Honokaa Japanese Cemetery, located just a few hundred meters from where the Tic Tacs were filmed.

- Now some of you will say : how does this prove that the videos were made by the Blake Cousins ? well, check this out :

In This video Source: https://www.youtube.com/watch?v=VZ1qoxceojw
, someone is filming a Saucer-shaped UFO. Let's focus on the details of the video : in the beginning it says it was sent to them by a guy named Marcel Gomez.

In another video https://www.youtube.com/watch?v=Oj5eEhB9WlU, the Blake Cousins pretend to interview one of the people who witnessed and filmed the Spinning UFO over the Waipio Valley, then in the second part they showed the footage of the Saucer UFO, but :

and here's a supposedly leaked footage from Area 51 showing a saucer-shaped UFO in a hangar. However, upon closer look, you can see the Blake Cousins walking beneath the craft LOL.


And the answer to the biggest question? 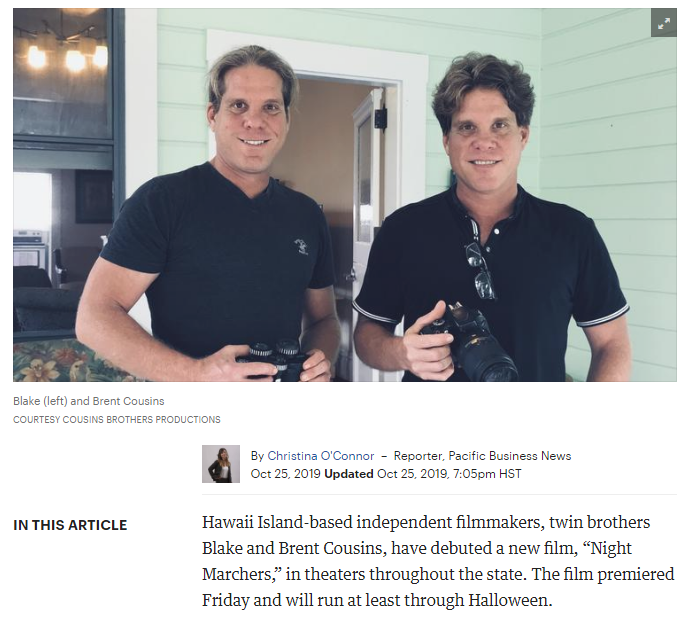 It's the Cousins (twin) brothers of course.

Blake and Brent Cousins. Cousins is their last name.

this earth link a bit off

and this is the same doll they use in other vids (i screen grabbed him because he is identical to the doll in that area 51 interview with the alien. i know because a made a clay mini of his head to show another member how lighting works lol) 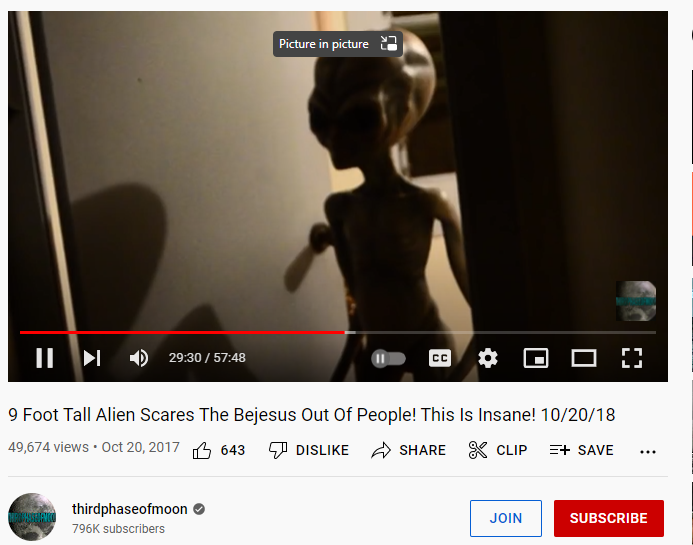 Their movie 'The Night Marchers' trailer:

Mick West said:
Here's my bash at stabilizing. I did it on individual Tic-Tacs, picking the ones that moved the least, and contrast enhanced

In this stabilized version you can see a weird blob throughout the clip that covers a moving location over the water and causes some distortion in the video. Here are some hilariously bad drawings:

Kind of hard to see here, but easier to see in the actual video. One weird thing about the blob is that it causes some distortion in the foreground:

It also conveniently lines up on it's rightmost point exactly with the glitch:

Also, the blob has no apparent effect on the "tic tacs," they move in and out of the blob area without any apparent distortion.

Maybe this is just a use of something like the same blurring effect that they used to blur the license plate, and the video is actually of a white boat moving from left to right, leaving a visible wake, with the bow of the boat popping out from under the blurring effect to cause the apparent glitches. Or something like that. I guess the "tic tacs" would be superimposed on top using cgi or a practical effect.

Very interesting. That blob/smudge seems to me to jitter around with the camera shake, but not pan when the camera does, if that makes sense. That would be consistent with some extremely out of focus something in the foreground. It does not track with the plants/branches either, so if that is what it is then it's, to my eye, closer to the camera than the plants are, but in any event at some different distance than the plants are. If it is added to obscure a boat, and is not real, then of course all of that is out the window. But if they were trying to obscure a boat, why let bits of it show up now and then?

Seeing the video, particualrly the stabalised version, it was clearly fake.

They need a proofreader: "Voicce Magazine" (pronounced "voo-assy" apparently, and no, I can't find a review for this film attributed to Voice, in fact the movie has completely slipped under several quite significant radars, such as IMDB's), and "ledgends".