Recreating the Gimbal's "Fleet" on the SA Page with Sitrec

dimebag2 said:
It's funny that when setting things so that :
- the range matches what the aviators report (6-8 Nm at the end)
- the apparent size is consistent with what we see in the vid (a 10-20% increase)
- the wind direction matches what we hear in the audio (facing the object's trajectory)
Click to expand...

What fleet setting did you use? I can make that the default.

I have this to get something that kinda makes sense with what Ryan says. The fleet acceleration is needed to compensate that if real objects, they may have slowed down before and while turning, rather than maintaining constant speed.


EDIT: Note how the object's motion is almost non apparent on the SA, because it's flying at relatively low speed against the wind. It may explain why Ryan mentioned the object was stationary, it looks like it on the SA, and it looks like it's waiting for the fleet to complete the turn (assuming these are real objects and not radar deception).

I now understand why his accounts are not very consistent, it's a complex scene to describe, with what you see on the SA not being representative of the FLIR and the real (potential) path of the object. Wind makes things difficult to figure.
Last edited: Oct 3, 2022

Staff member
The latest version has your suggested parameters as defaults.

I also added pink bands on the acceleration graph, which makes it clearer that there's no correlation between apparent tilt angle and acceleration. 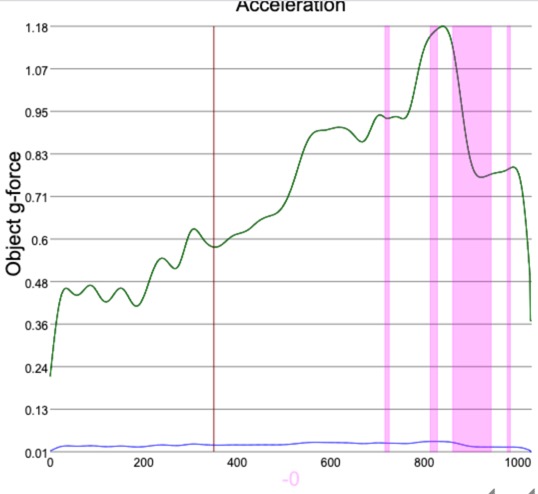 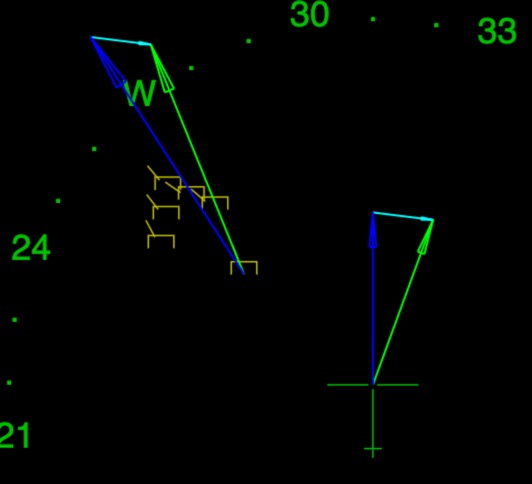 (These are 100x scaled the per-second velocity, i.e. they show how far the plane/object would travel in 100 seconds)

It's a vector sum, which can be a bit unintuitive, but basically, to add vectors A and B to get C you just draw A then draw B from the end of A, and then C is the start of A to the end of the B.

The graphs show the speeds, which is the unsigned length of the velocity vectors, same colors.
Last edited: Oct 4, 2022

Staff member
And the revealed a bug in the tail angle calculation, which was basing the heading on the ground track, when it needed the air velocity. Now fixed, with added arrows to visually verify what is going on. 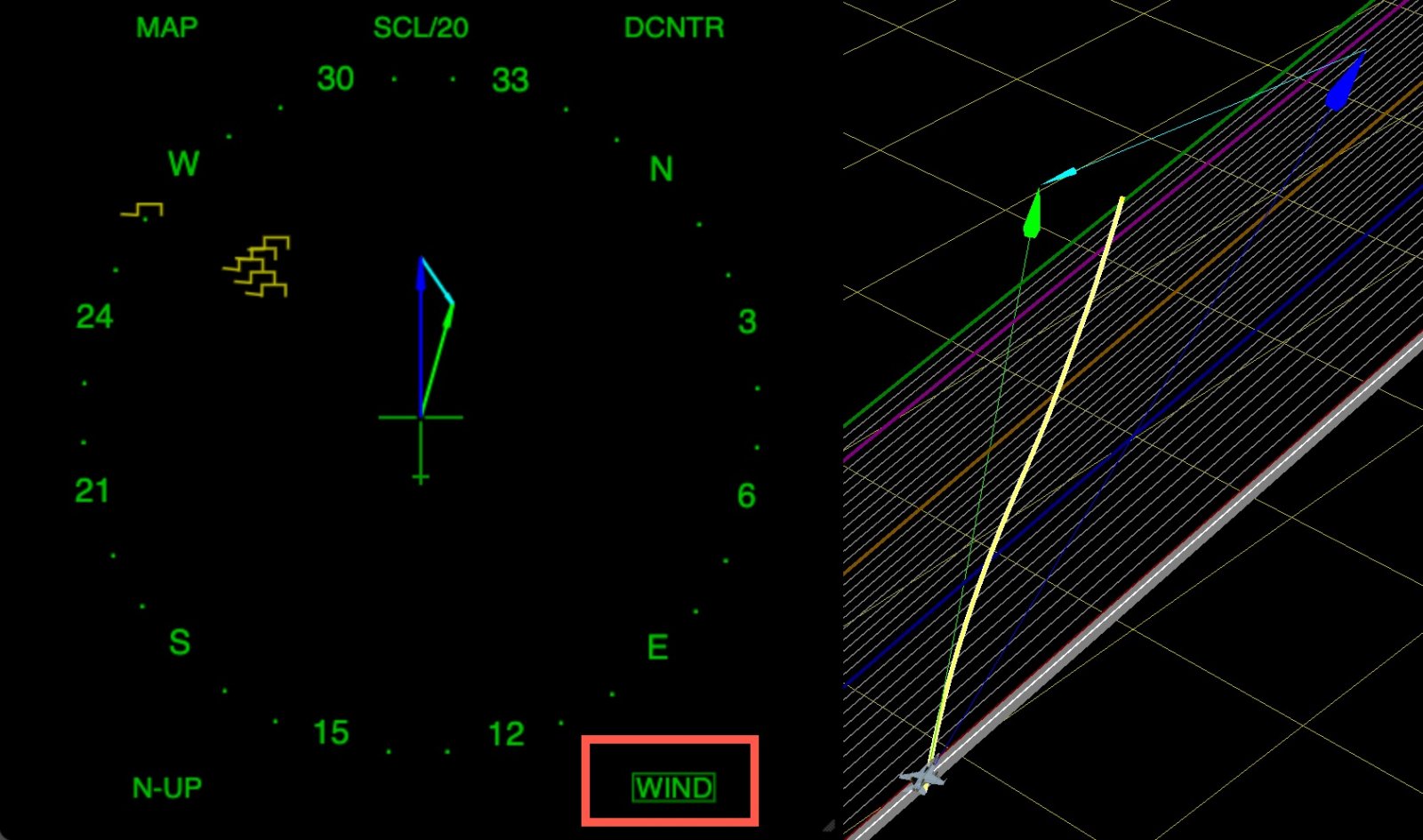 Again, green is the ground track - the physical direction the plane moves in. Here we see the plane angling into the wind 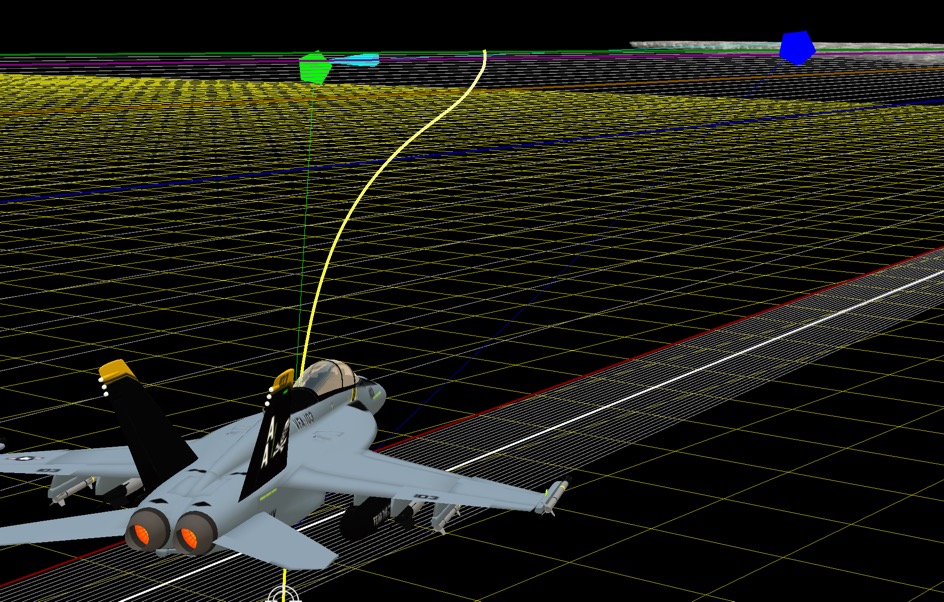 Since the wind is affecting them both the same, it basically cancels out the wind contribution to tail angle, making around 30NM more likely again.

HOWEVER, since the target is at 19,000 feet, it's likely got different wind, so I need to add that.

I've also split the "Gimbal" sitch in two, near and far, defaulting to far.
https://www.metabunk.org/sitrec/

To get the near sitch, you can select it from the menu or use the direct URL:
https://www.metabunk.org/sitrec/?sitch=gimbalnear

Staff member
I've now added a target wind, which I set to 70 knots.

Added a "Constant Air Speed" traverse method that accurately accounts for wind. This is now the default.
You must log in or register to reply here.