Flat-Earthers generally invoke "atmospheric magnification" to explain how the sun maintains its apparent size during the day. Basically, this is the assertion that the atmosphere somehow magnifies distant objects. As supposed proof, some people have offered videos of boats disappearing below the horizon. This video is a good example: 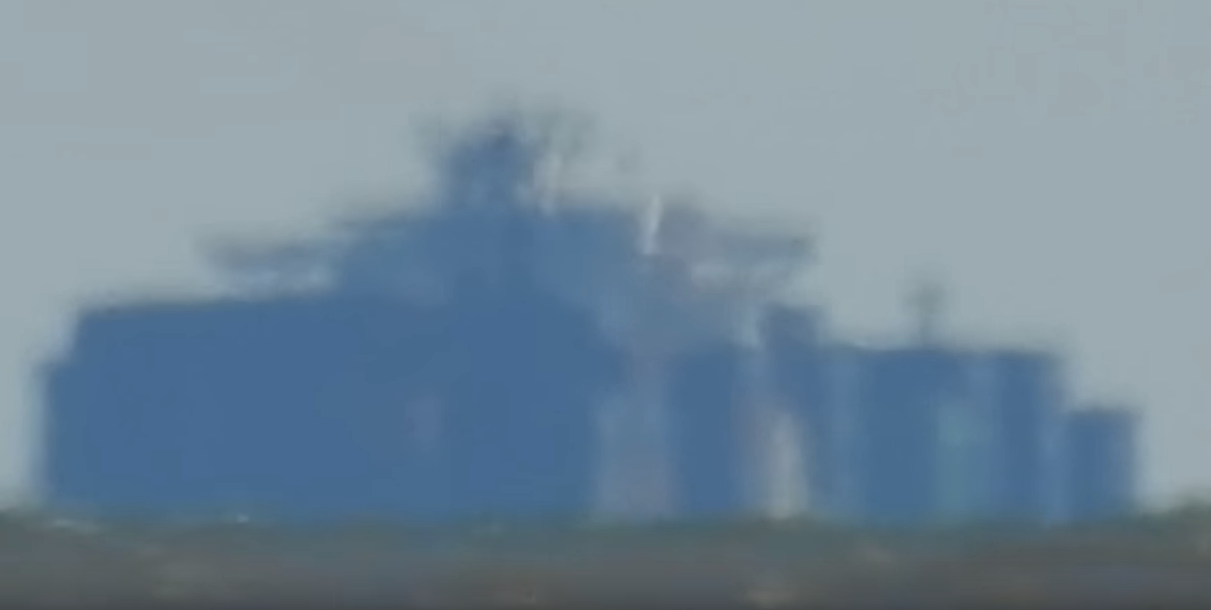 Notice that the boat is already below the horizon. Assuming a viewer height of 2 metres (=6.5 ft), I'd say that this ship is at least 10km (6.5 miles) away from the observer. 15 minutes later (around 15:00), the boat has almost completely vanished below the horizon.

If this ship moved at a speed of approx. 36km/h (typical for large container ships, according to this website), it would have travelled about 9km or 5.5 miles during that time. However, the top structures of the ship did not become smaller, even though perspective dictates that objects get increasingly smaller as they move away from the observer. I am fully aware that the apparent size of an object is inversely proportional to its distance to the observer. Still though, it seems counterintuitive that the size of this object remained constant throughout the video. Is atmospheric magnification at work here?

Hepper said:
However, the top structures of the ship did not become smaller,
Click to expand...

Please demonstrate this, with overlaid images at the same focal length.

They're not bothered by the fact that it's disappearing below the horizon?

And the short answer is no. The atmosphere does not magnify things in the sense of a magnifying glass type thing. However, it CAN stretch (or compress, and distort) them vertically. So if you want to measure angular size, it's always best to use the width.
H

So I made two screenshots (the first at 1:00 and the second around 9:00) and I aligned the top structures of the ship, adding some reference lines to help the viewer visualize the change in size. Between minute 1 and minute 9 in the video, the ship has probably travelled 4, maybe 5 kilometres, so the change in size should be significant.

As can be seen, the structures are stretched out in the second screenshot, due to distortion. However, the width apparently decreased quite a bit. So Mick West's statement seems to be correct.
L

If the atmosphere magnifies the sun (notice how it stays almost pixel perfect from any point in the world, at any point of its transit, simultaneously - I would expect some variation).

Then this should do it for any object - aircraft, gliders, hot air balloons etc etc.
You must log in or register to reply here.