This was being said to be Ison remnants, but (the ghost of) Ison's current position is at sunrise not sunset so I was dubious. 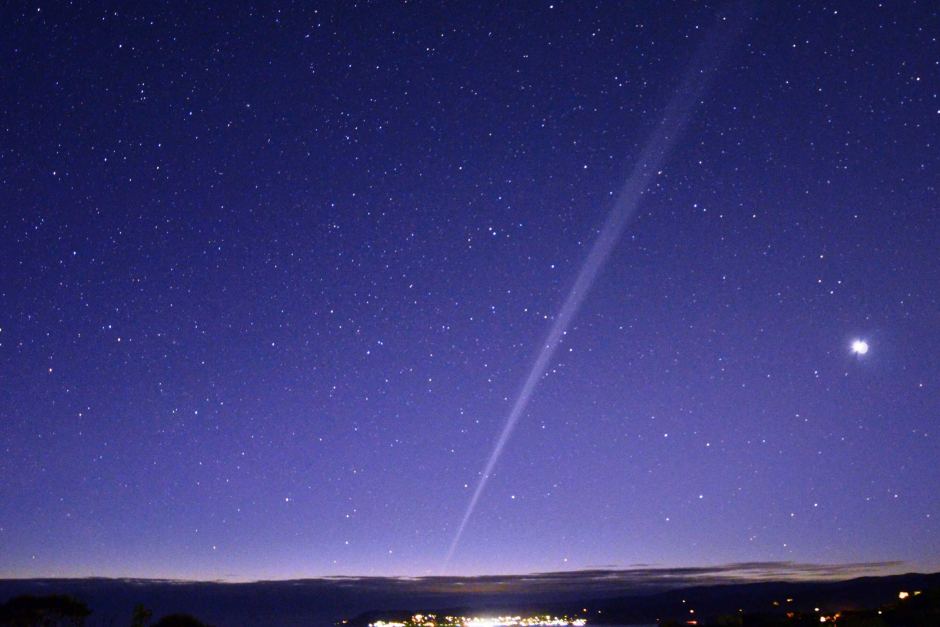 This photograph posted on December 7, 2013 was initially thought to show a cloud of debris left behind by Comet ISON, as seen from Fairhaven near Lorne, Victoria. Experts suggest it actually show a cloud that could have been the result of fuel venting from a rocket launch.
http://www.abc.net.au/news/2013-12-...-sky-fairweather-lorne-victoria-stars/5142380

Pete Tar said:
This was being said to be Ison remnants, but (the ghost of) Ison's current position is at sunrise not sunset so I was dubious.

I'd come across the photo and original ABC caption earlier but didn't get a chance to follow up at the time. Surely a case of mistaken identity -- comets' tails simply aren't straight and tidy like that.

There was indeed a satellite launch which might fit. [See: Atlas V launches NROL-39 from Vandenberg]

A couple of photographers had been commenting on ABC's corresponding Facebook post with their observations, and they both stated it was only visible for a short time before dissipating. Later, another shared this comparable image he'd taken after a SpaceX launch (Falcon 9). Seems like a much better fit.
Last edited: Dec 9, 2013