Hello everybody, this is my first post in this forum, so i am sorry if I do anything wrong, Last week 16/02/2021 during a newscast, something with a weird shape ran across the screen, Here is the link, the possible UFO appears at 1:51:57 after some "research" i managed to find a Reddit post here is the link and in the comment section a user by the name of ewandrowsky replied to the post giving some context, imo i think that was just a plane, but the camera might have distorted it, and somehow made it look like a UFO

For all the non-portuguese speakers out there:

The host is called José Luis Datena, one of the most well know anchors in conservative sensacionalist brazilian TV. He is mostly know for calling out politicians (mostly maior and governors, most of the times relating to São Paulo Estate or São Paulo City). His show is called "Brasil Urgente". He has a right-wing bias and is clearly pro-cop (unrelated to the topic, do what you want with that).

Now, for the news. The main headline is "Olha a chuva", meaning "Beware the rain". Right under, it is written "Right now: the whole city [Sâo Paulo] is paiyng attention [to the rain]". Besides the headline, Datena is talking about the new COVID variant. It is really common for those types of shows to talk about more than one subject at the same time, so nothing weird there.

- "Look at that plane passing by right there. It is either a plane or a flying saucer. Well, it can't be a saucer since when a show starts talking about saucers it's because it's days are already numbered and it will soon stop airing. So it's not a saucer, it must be a plane. "

After that, Datena leaves the UFO aside and continues talking about the new COVID mutation, warning people to stay at home and wait for the vaccine. If you keep watching, you'll see that, after the usual delay time, the camera operator at the helicopter eventually turns the camera left, probably looking for the object, but gives up and continues to film the city.

Later in his Twitter, Datena joked about it in a short video:

Judging from his tone, he is coming from a position of mockery, not fear. UFO-related topics are not respected in Brazil and if you even consider the object to be something other than a plane or a drone, you'll never be taken seriously ever again.
Click to expand...

Staff member
It's the typical cigar or Tic-Tac shape that planes look like when they are too far away.

This is just 720P video, not very high resolution, so everything has a similar lack of detail. 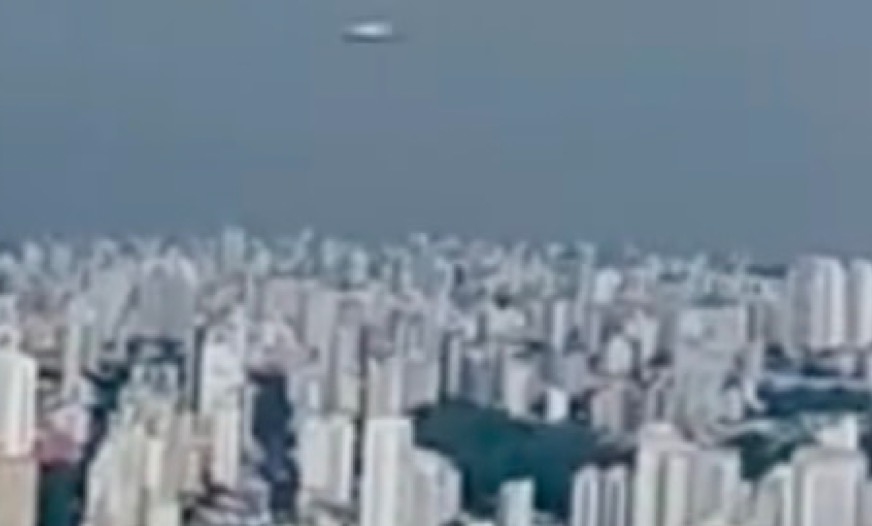 Drowpper said:
imo i think that was just a plane, but the camera might have
Click to expand...

the camera man who is filming, and looking right at it in real life, has zero interest in it at all.

A quick look at Google Earth reveals that there are three airports (2 large enough to have 2 runways) within the city of Sâo Paulo, so aircraft over it should be a common sight.

The largest, São Paulo/Guarulhos International Airport has 10 flights between 6:30 and 7:30 this morning, according to their website, so even with Covid reducing air travel, there's still plenty of aircraft taking off and landing over the city itself. 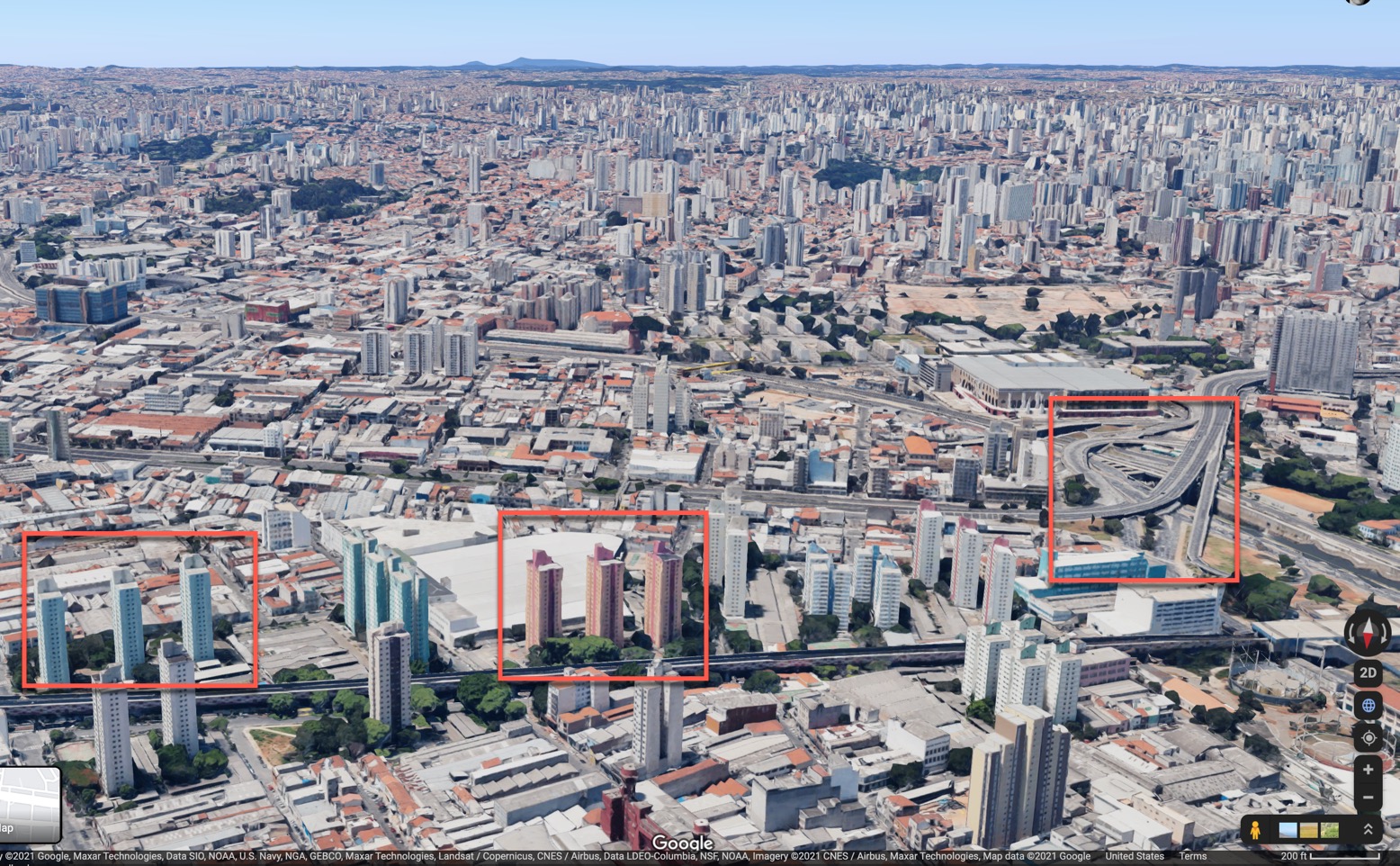 There's a distinctive road intersection that comes into view at the end of the "UFO" encounter, and some recognizable apartment tower blocks.

First impression is that the object is going quite fast, like the speed of a military jet traveling close to mach 1 and it is quite low. I would estimate that it is between 1000' and 2000' above the ground. Despite the poor resolution, it does not appear to be an aircraft, no wings or tail visible and no lights. An airline jet would not be traveling that fast, especially if they were landing, and would be descending. If they had just taken off, they should be climbing, but this object is flying straight and level, almost like they are taking a tour of the city, but if a tour, why so fast? My guess is it's likely a military jet, if not then ??

If we say it's over this building at the start: 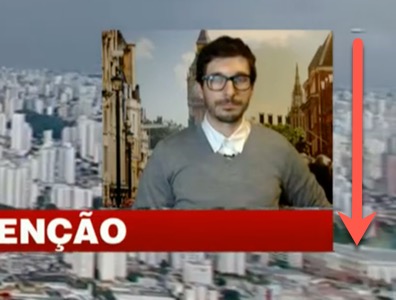 And this at the end (7 seconds) 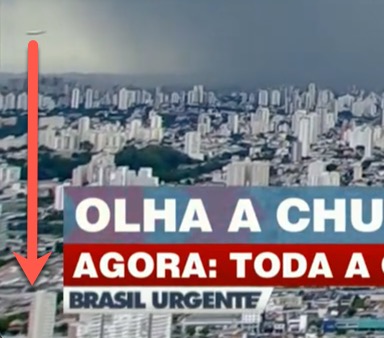 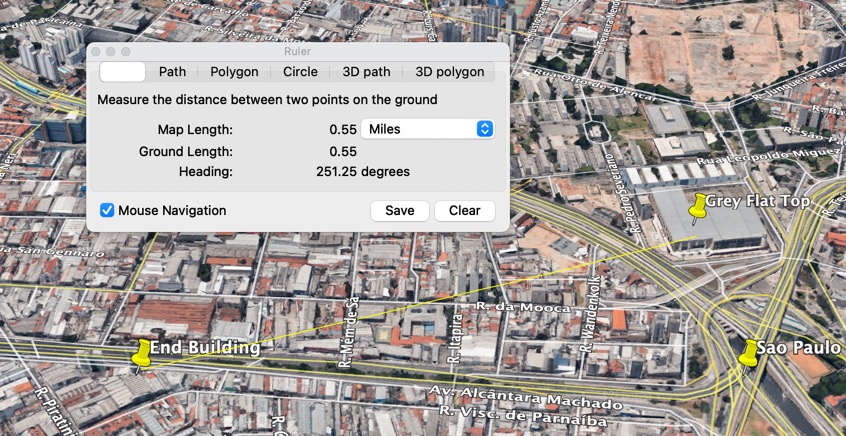 Size at that distance, about the same as this, by the flat topped being 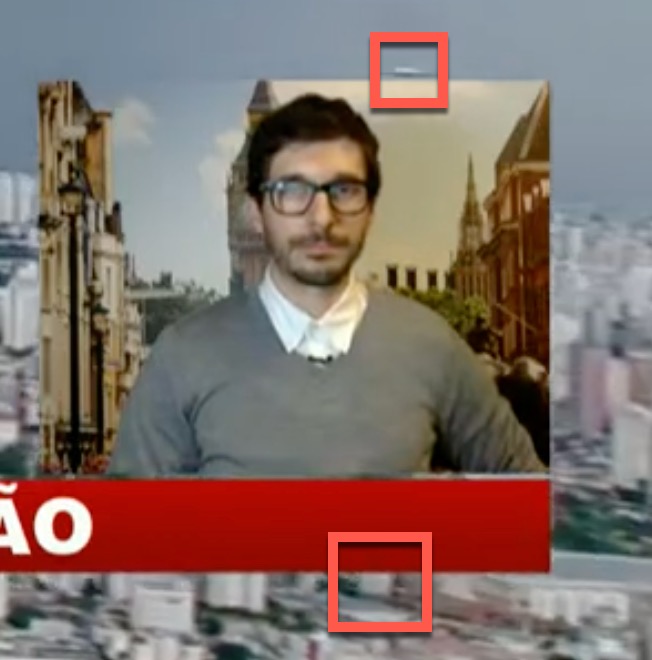 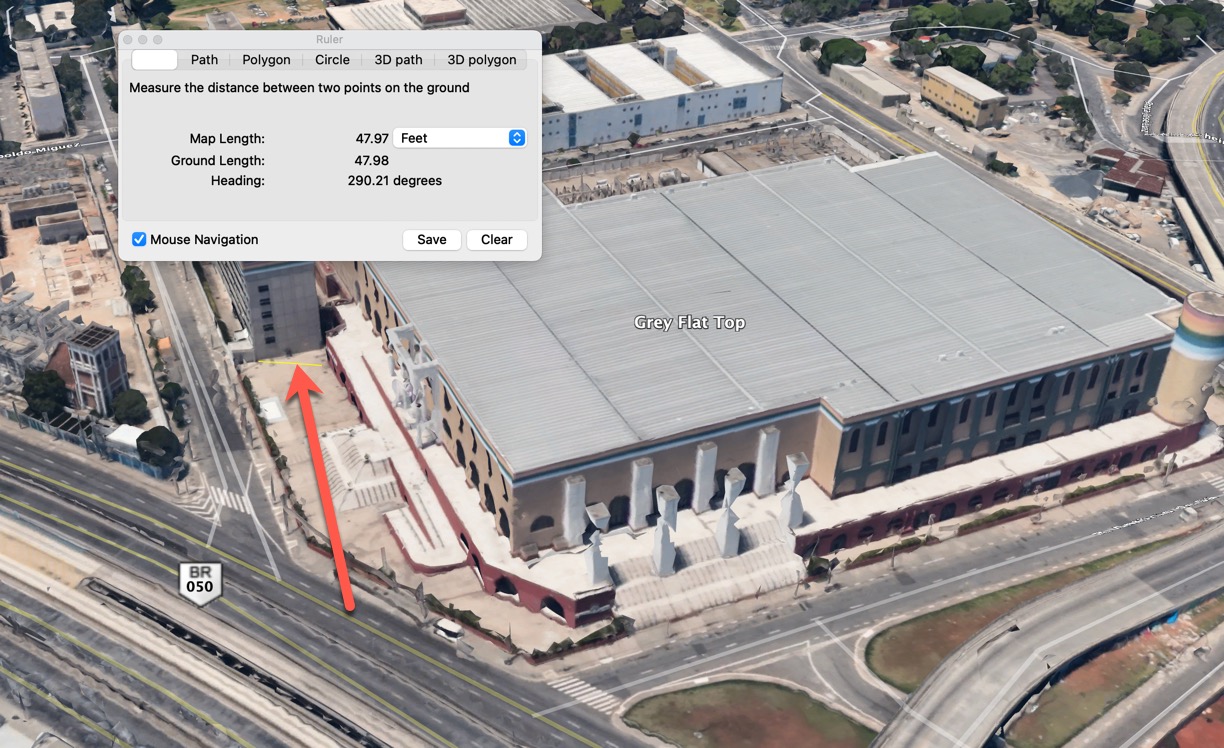 Roughly the size of a light jet, Beechjet 400 for example. 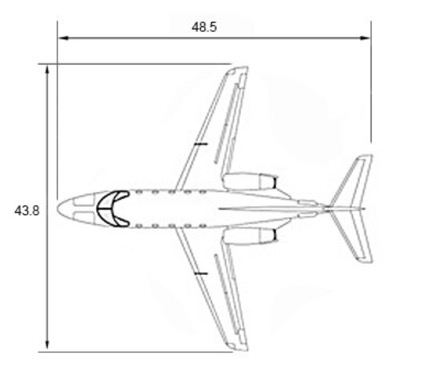 However it could be closer and smaller and slower, or further away, larger and faster.

There's also the speed of the helicopter to consider, but not really a huge factor unless it's very close.

Dan Page said:
First impression is that the object is going quite fast, like the speed of a military jet traveling close to mach 1 and it is quite low.
Click to expand...

This is because the (horizontal) field of view is rather narrow, 30° or less. A couple of minutes before the 'UFO', the camera zoomed in on a distant rain, reducing the initial FOV by factor 2 or more.

This tread reminded me about a video I took from a plane circling over London a few years ago. At 1:19, there is a 'winged' plane that probably took off from London City Airport and was turning around Isle of Dogs. It reappears in the frame at 1:37, flying fairly low and looking very similar to the object in the OP video.

Trailspotter said:
This is because the (horizontal) field of view is rather narrow, 30° or less.
Click to expand...

I actually make it roughly 50°. An iPhone, for comparison, is about 67° 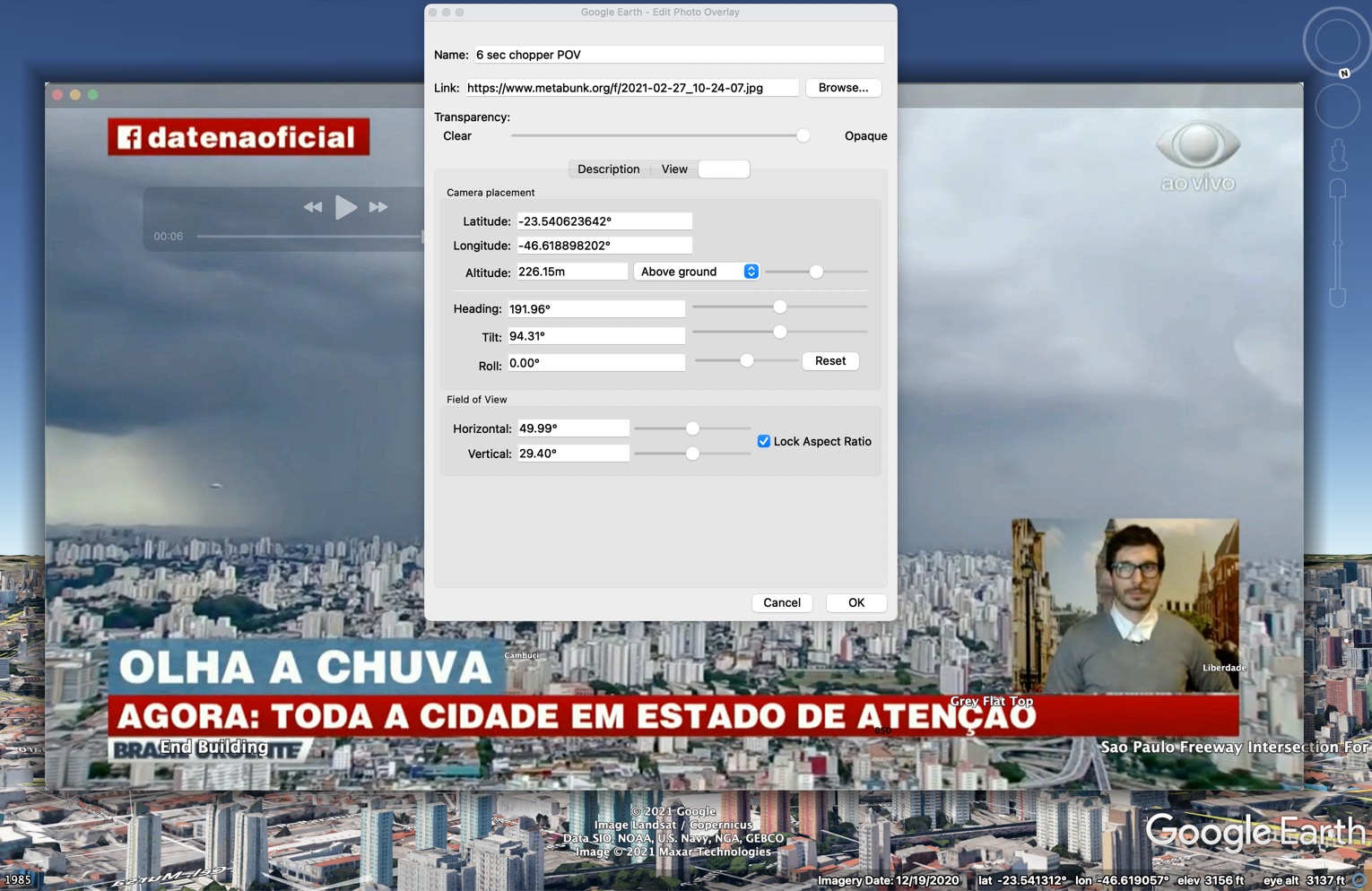 There's a shot with no change in FOV at 1:52:15, shortly after the object has disappeared, where the front part of the chopper's left skid can be seen very briefly.

It's the black bit in the bottom left corner. (You can get a better and longer view a few seconds later but it looks like the camera operator has zoomed in a little bit more by then.)

By hovering over the video timeline you'll notice an exterior shot of the helicopter at 2:18, which confirms that it is a Robinson R44 Raven II Newscopter, registration PP-BAN. It's this one here:

Using the skid as a reference, that does indeed look like at least a 50° FOV.
You must log in or register to reply here.