This video was posted on December 6 by Madisonstar Moon, and now it's over 21k views, 735 shares:
Video on Facebook

Some screenshots from the video: 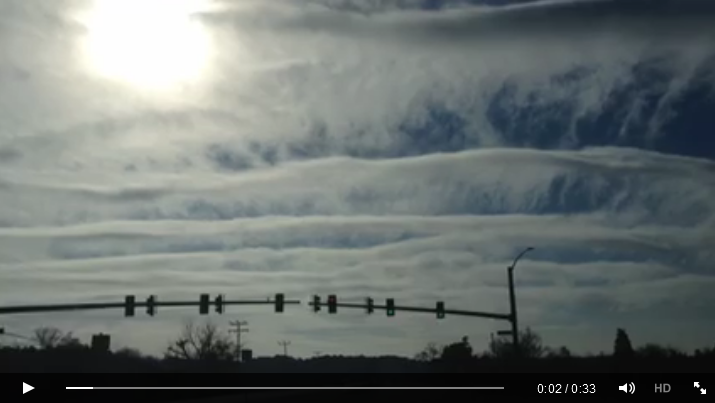 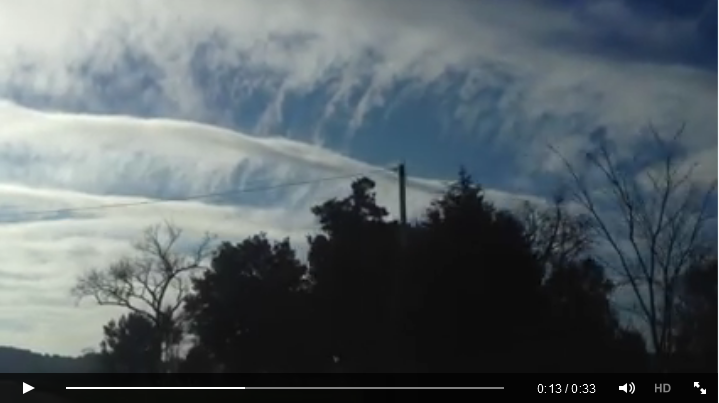 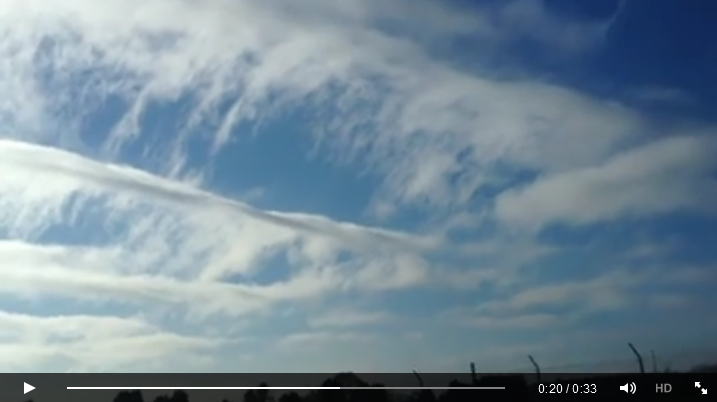 It shows parallel lines of clouds which the voiceover identifies as "chemtrails", and people are raging how unnatural they are. They do not look like contrails, though, they seem to be lower and darker. NASA Worldview shows this satellite image for December 6, although I'm not sure of the time of the day: 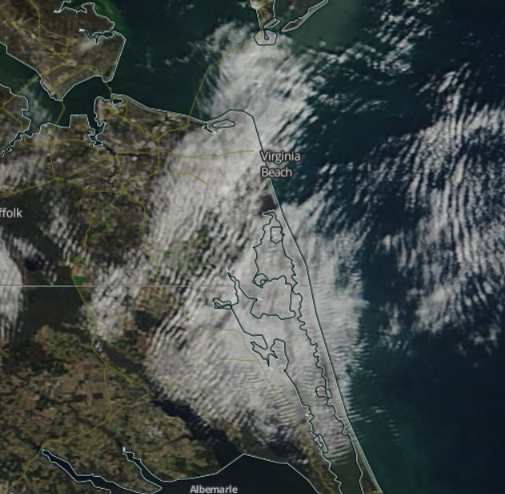 Probably natural cloud formations, but I lack the necessary expertise to definitively identify them. Some of the lines seem to have a helical shape to them. 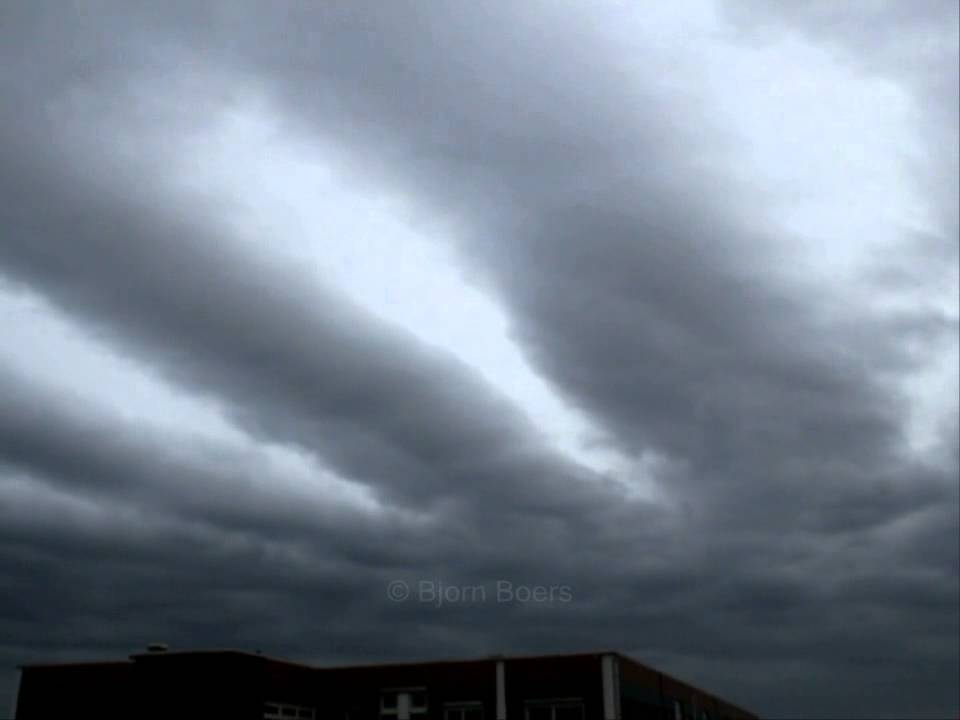 Looks like low stratus clouds that were trapped under a fairly shallow inversion. The layer lifted as the sun warmed the surface. Winds aloft were blowing at an angle relative to the surface creating waves at the top of the inversion layer. The clouds are lined up with those waves, like standing waves in a flowing river.

Relevant portion of some forecaster's discussions from Wakefield NWS office that day:

From 0638 AM Eastern Standard Time Aviation Portion of the Discussion.

A SLIVER OF MVFR CIGS (-1500`) HAVE DEVELOPED OVER NE NC THIS
MORNING. KPHF ALSO REPORTING IFR VSBY BETWEEN 1-2 SM. THESE
CONDITIONS WILL IMPROVE THROUGH 13-14Z. OTW...

That confirms low stratus that morning.


AS OF 18Z...PATCHY MVFR STRATUS OCCURRED THROUGHOUT THE MORNING NEAR
THE COAST ESPECIALLY IN THE ORF AND ECG AREA. THIS WAS DISSIPATING
AT TAF ISSUANCE TIME...GENERALLY LEAVING A CLEAR SKY ACROSS THE
CWA. SOME FOG DEVELOPED THIS MORNING MAINLY AT PHF.

Thanks Maddy S-M...you started my day off with an inspiring wonder of nature 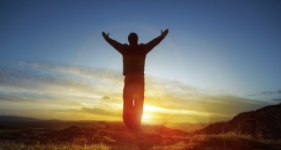 Signed: NoParty & Deborah Ann Harry
Last edited by a moderator: Feb 28, 2016
You must log in or register to reply here.