This picture is often used to point out that this is not Osama, and that the video was faked by the US government in order to prove that Osama was the cause for 9/11. 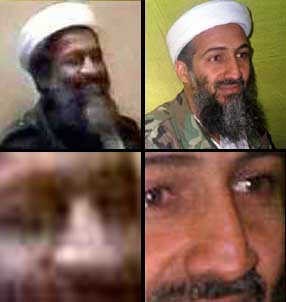 As you can see, his nose too big, his eyes are just wrong, and skin color is too light. Also, Osama appears to be fat. This goes on as proof that this is not him. However....

It is pretty easy to judge on such a shitty photo. I mean, you can't even see eyes, and it so blurry.

Here are other photos from the tape, that Conspiracy Believers like to forget: 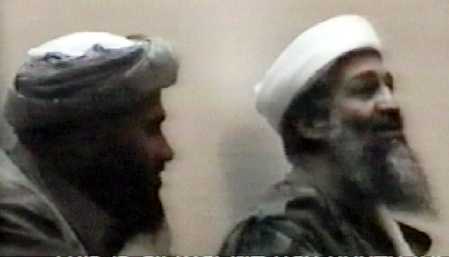 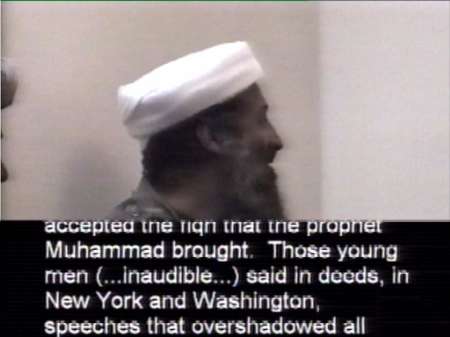 Well that's funny, his nose is fine all of the sudden. It does not appear to be stubby, but rather long, like in other pictures. 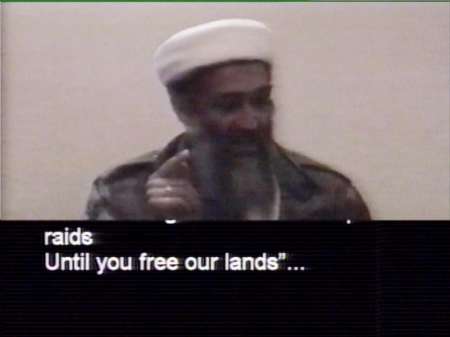 
and now, this is the image from the tape that makes it: 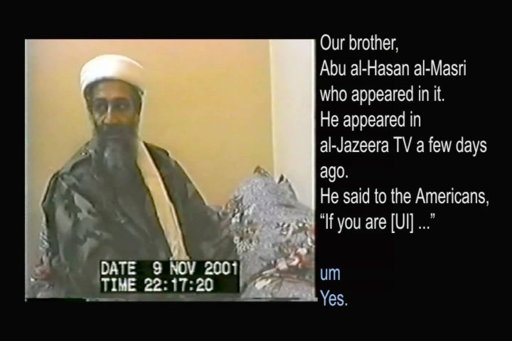 Now, that looks like Bin Laden! A quick mash up of photos was made... 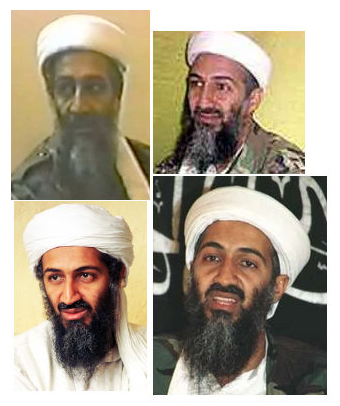 Now, I am pretty sure, that this our man. The nose is right, the eyes are right, and the photo looks like him.

Now, why would Bin Laden be fat?
Some say it is because of the PAL to NTSC conversion. Since the United States uses NTSC and the Middle East uses PAL, the image had to be converted from 720x576 to 720x480. The idea is that it could have been done using linear interpolation conversion method, which eliminates every 5th line from the PAL video in order to fit the NTSC screens.
Also, it is possible that the video itself was distorted in order to add the English subtitles.
You must log in or register to reply here.

Blurry Shapes in a Campfire Photo

Explained: The "Many Faces" of Patrick Crusius, the El Paso Shooter