Ahhhhh, the power of the internet.

Somehow I came across an person (a low-level entrepreneur) who claimed to have won a "Best Selling Author" award, among a few others.
His youtube video looks semi legit....upon first inspection:

He now lays claim to the award, has a beautiful statuette, and uses that award status to boost his credentials and status in his entrepreneurial ventures.
He's officially a "best selling author" , right ?
Well, only if he paid the fee for the award to "The National Academy of Best-Selling Authors ™ ".....an award ceremony created not by any interested creative governing authority, but a scheme of other branding marketers.
http://www.academyofauthors.org/reserve.html

It's a way to frankly, falsely claim you are a best selling author.
However, there are ways to end up on, say, the Wall Street Journal's best seller's list, as well as Amazon's top 100 list, and Barnes and Noble's, as well.
Here's How You Buy Your Way Onto The New York Times Bestsellers List

Because the WSJ best seller list is based on book copy sales...marketers have learned to create a brief spike in sales....so much so, that their book ends up on the list......just enough of a spike during a single-week rating period.
Presto, they've made the list.

...also described in another article....
The Mystery of the Book Sales Spike....How Are Some Authors Landing On Best-Seller Lists?

It's also known as a "vanity award".

A vanity award is an award in which the recipient purchases the award to give the false appearance of a legitimate honor. Pitches for Who's Who-type publications (see vanity press), biographies or nominations for awards or special memberships can have a catch to them in which the honoree is required to pay to win.
(wikipedia)

Content from external source
Buying educational diplomas, awards, and other means of personal brandings are somewhat of a known scam.
I find it very deceptive, and identity bunk.

Great job, I've always suspected this but never had the desire to research it. Often you see media outlets bring authors on the morning talk shows that no one has ever heard of, and they introduce them as a best selling author.

There are many such "vanity award" .....award schemes (not nearly limited to the one's mentioned in the first post). 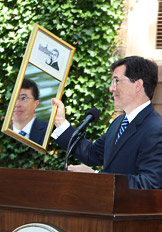 ....from the same people in the OP...http://celebritysites.com/beta/expy/

...many locally targeted "awards" or entry contests that seek-out small businesses, and they'll receive a plaque and/or some certificate of accomplishment/award, for a sub $100 fee.

Many of these schemes tend to target struggling artists or small businesses, in need of some jump-start PR.
Others can be higher-end businesses or persons who have a chunk of cash to expend (like buying 2000 copies of your own book, to help place it on national best-seller lists) 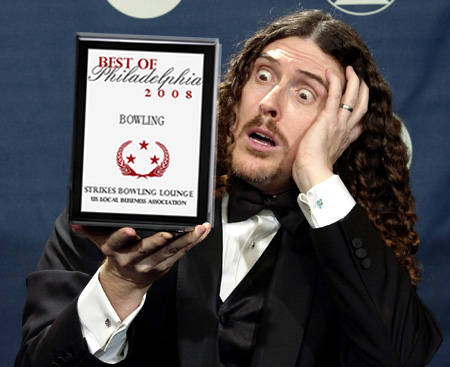 Plus there are other marketing ploys.
Perhaps most the infamous is "paid" positive reviews for books or any other merchandise found on user-supplied product reviews, or reviews posted by the sellers themselves under pseudo-names. Amazon customer reviews is a prime example.
(very good article....great read....)
The Best Book Reviews Money Can Buy

Instead of trying to cajole others to review a client’s work, why not cut out the middleman and write the review himself? Then it would say exactly what the client wanted — that it was a terrific book. A shattering novel. A classic memoir. Will change your life. Lyrical and gripping, Stunning and compelling. Or words to that effect.
In the fall of 2010, Mr. Rutherford started a Web site, GettingBookReviews.com. At first, he advertised that he would review a book for $99. But some clients wanted a chorus proclaiming their excellence. So, for $499, Mr. Rutherford would do 20 online reviews. A few people needed a whole orchestra. For $999, he would do 50.
There were immediate complaints in online forums that the service was violating the sacred arm’s-length relationship between reviewer and author. But there were also orders, a lot of them. Before he knew it, he was taking in $28,000 a month.

But there is some new evidence suggesting that Amazon’s customer reviewers–particularly the top 1,000 reviewers–do not always make independent decisions about which books and other products they write about. According to a new Cornell study that we previewed last week, the reviewers in many cases acknowledge that in order to maintain their high rankings and continue to receive free products (one of the perks of being a top reviewer), they have to make surprisingly calculated decisions about what to review and what to say about those products.

Content from external source
My own theory on customer reviews are.....people will not normally post positive reviews if the product is satisfactory....unless I'm a net-posting addict. (there may be many such people)
If the product lives up to expectations, why post anything ? If the product is unsatisfactory, I may post something, because I'm pissed off.
(sorry, a little off topic)
Last edited: May 28, 2014

In a way, many of the more popular "accepted" award ceremonies.....say, around the Hollywood entertainment theme, are actually Hollywood patting itself on it's own back.
I find it very hard to watch these ceremonies. I never do, even though I am in the industry.

I could brag that I have an Emmy (I was part of a group that received one). I have the certificate somewhere in storage, unframed.

There are too many vanity awards to list them all, but I posted this one because of 2 reasons.....

2) The author of the book I'm reading won 2 of their awards....... She won "Book of the Year" and "Best Alternative Science Book"
http://intuitnow.blogspot.com/2014/06/penney-peirces-book-leap-of-perception_30.html

I could crack several jokes, but some people take this stuff very seriously, so I will not mock it any more than I have.
Perhaps if I get a good paycheck this month, I can pay the fees, submit something for next year, and display my award.
Catch is......

Content from external source
....so I need to travel, and purchase an awards banquet ticket too.
Last edited: Jul 20, 2014

Leifer said:
so I need to travel, and purchase an awards banquet ticket too.
Click to expand...

nah just pay later to have the duplicate shipped to you
You must log in or register to reply here.
Related Articles
25,000 email addresses and passwords reportedly dumped online from NIH, WHO, Gates Foundation, and Wuhan Institute of Virology
Where online is debunking most effective?
New 2017 Cloud Atlas of the WMO Online
Vice: 'It Was Like a Cult': Leaving the World of Online Conspiracy Theories
The Spreading of Misinformation Online
What are the "robots" that are in the "online now" count?
1440 online??
Debunked: Video of UFO behind a cloud, dropping flashing blue lights [Viral Marketing Hoax]
Share:
Facebook Twitter Reddit Pinterest Tumblr WhatsApp Email Share Link