Not sure what to think of it. Dumping powder on the ground admittedly seems a little strange to me as I don't know much about emergency response, but I'm sure there's a more plausible explanation than they were hurriedly creating a faked blast scene while on camera. Blood coagulant or something? Any ideas? 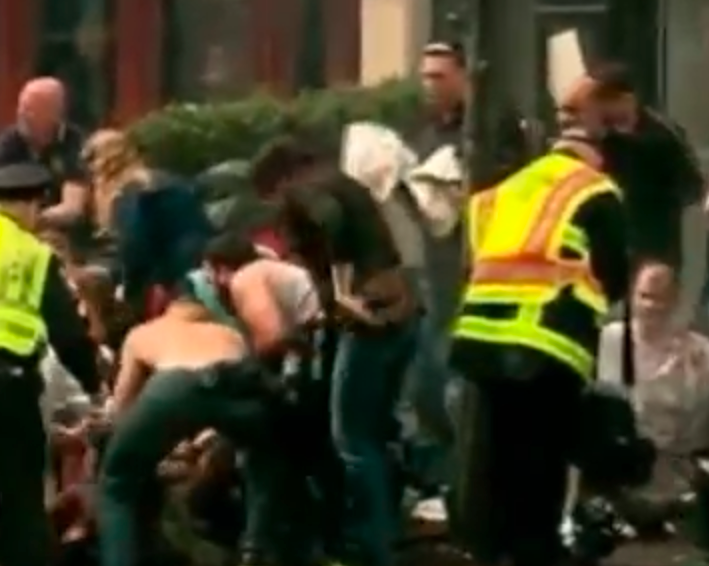 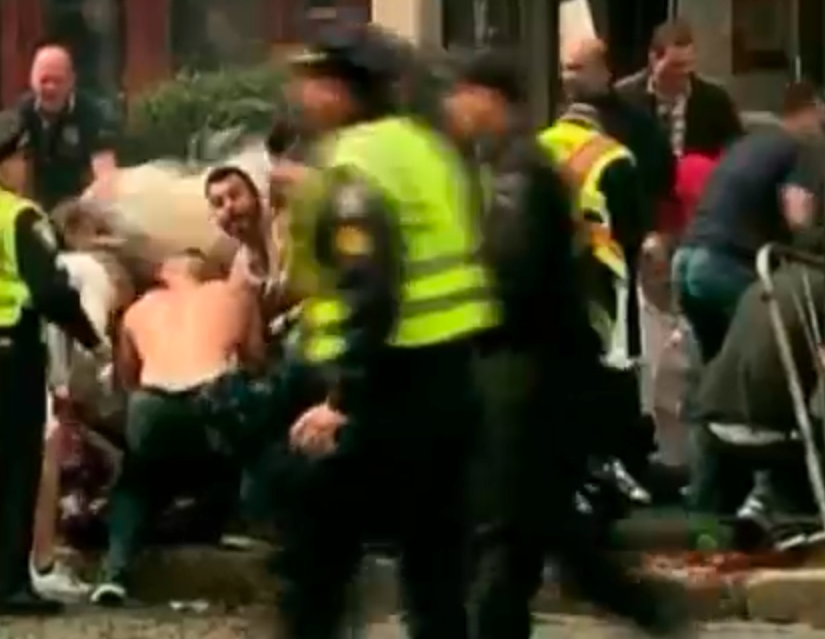 Notice the entire scene is blurry in this video, things that are moving are more blurry (like the yellow vest on the policeman)
Last edited: Nov 20, 2013

Good call, totally looked like a powder to me. There's a good example for you of what framing the content with narration does, it fooled me and no doubt countless others. The poor quality of the video doesn't help.

Hey, guys. Lurker turned poster here. I actually live in Cambridge, MA and was present at the Marathon this past year. A scene I wish to never revisit ever again.

This particular video (and it's creator) is a perfect example of the number one thing I hate; people who were not there trying to paint a picture of what was going on. I was there. Unless they could administer all of that fake blood within one half-a-second after the bomb went off, then the blood you see is real. I know I'm more or less preaching to the choir here, but it's good to blow off a little steam about the subject. How easy is it to sit behind a computer, analyze photographs (with no prior experience in the field) and pretend you know what actually happened without being held accountable? Very easy. And that's what you're seeing from 99.99% of Boston Marathon "truthers."

That was fake blood! No, it wasn't.
They said over a loud speaker that it was a drill! No, they didn't.
There was a city-wide lockdown! No, there wasn't.

All of these claims can be disputed and debunked by simply talking to a person who was there. Notice how 9/11 Truthers latch onto witnesses who report something even a fraction different from what the government reports? Yes, with the Boston Marathon bombings, they're just one witness (out of at least 50,000 others) who, out of context, agrees with their lousy claims.

Sorry to pollute the boards and sorry to debut with such a negative post. Just wanted to blow off a little steam. I'm trying to just stop the idiots on YouTube who think they know so much about the event and what happened, yet were miles and miles away (and will most likely stay that way because they're too afraid of Bostonians.)

Just motion blur as Mick has already pointed out. Looks like sheets or towels. See following video with better resolution and slowed down.

Banned
What exactly is whitish colored powder supposed to fake?
You must log in or register to reply here.

The Illuminati Symbolism of Ke$ha’s “Die Young” (and other videos) Debunked!