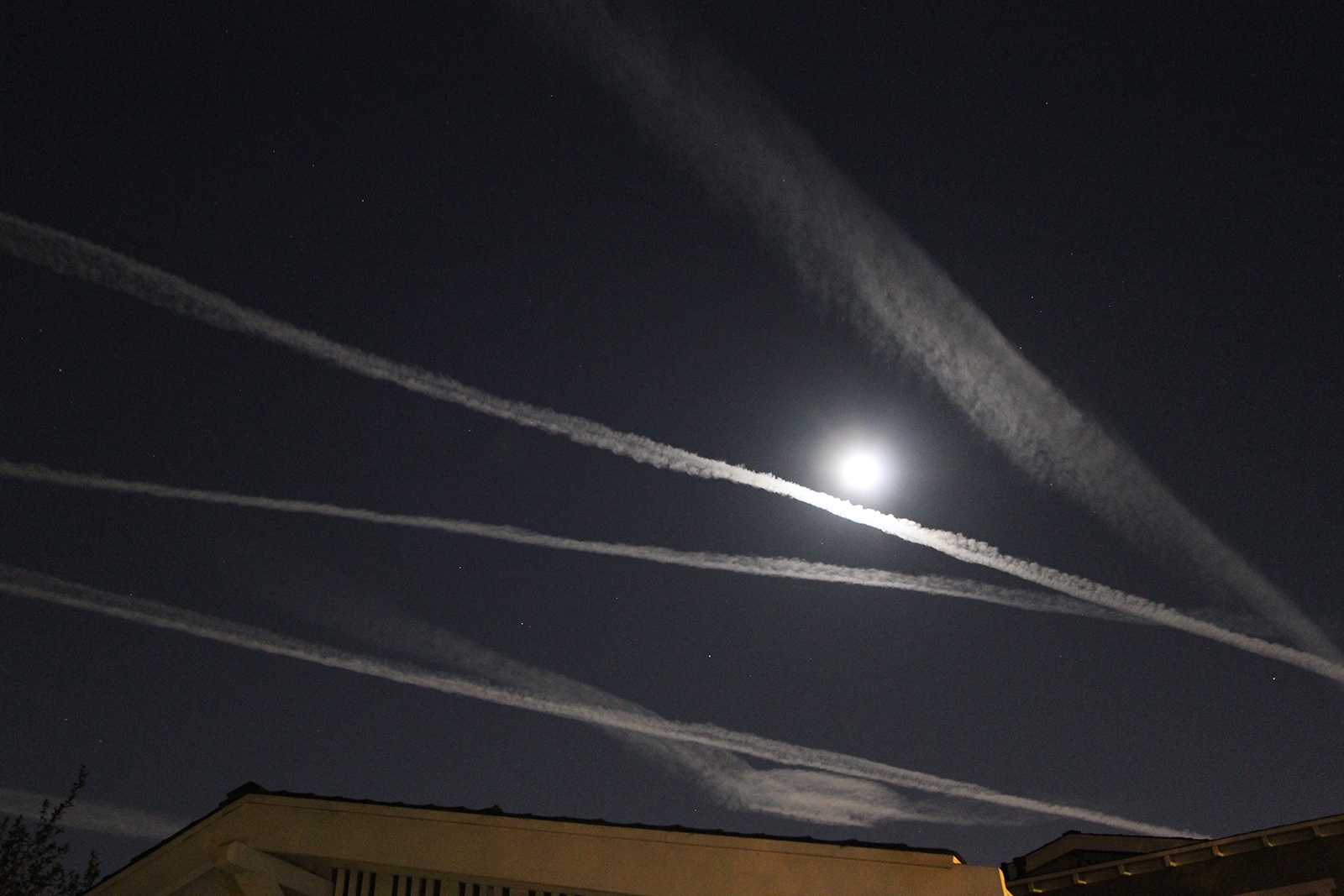 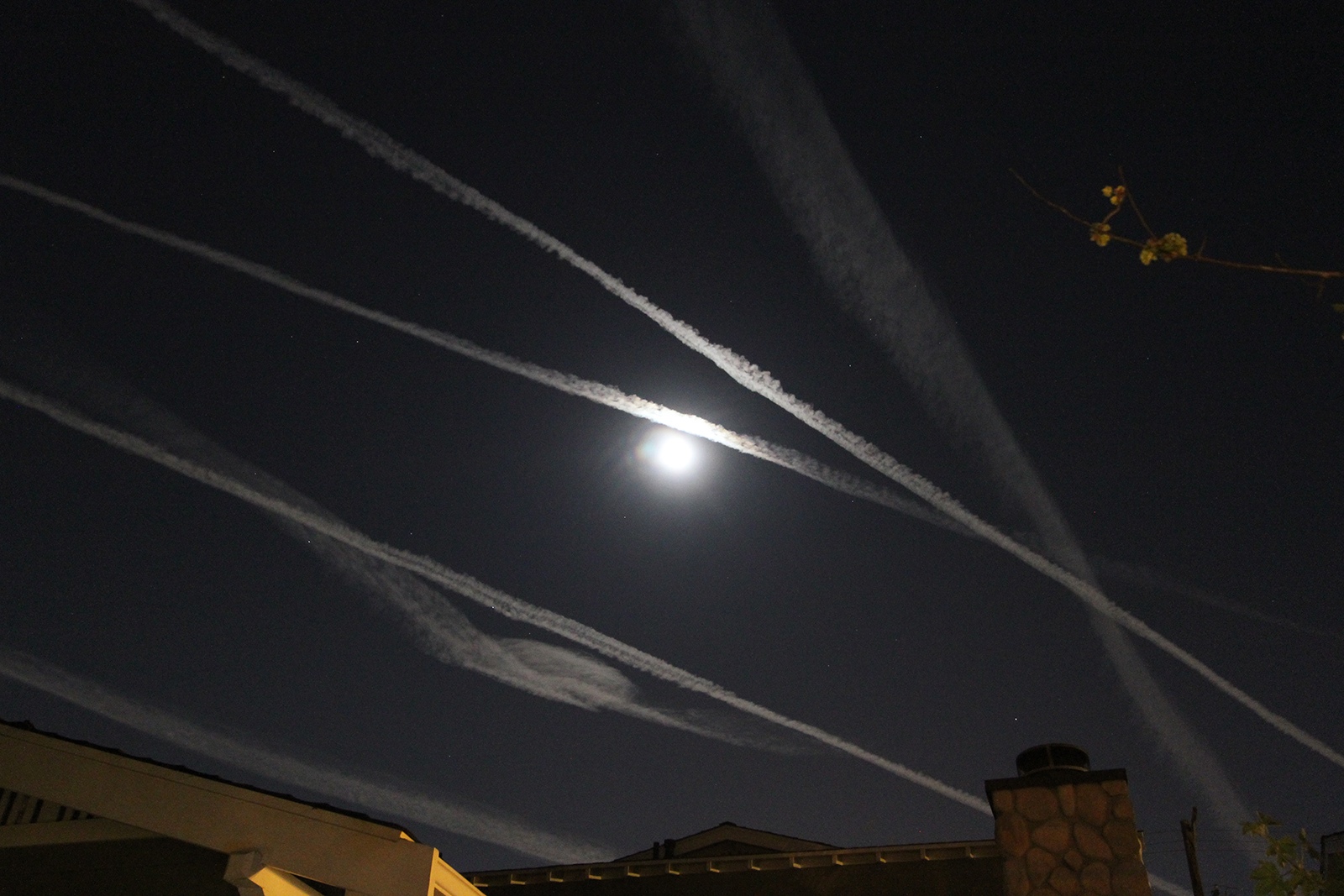 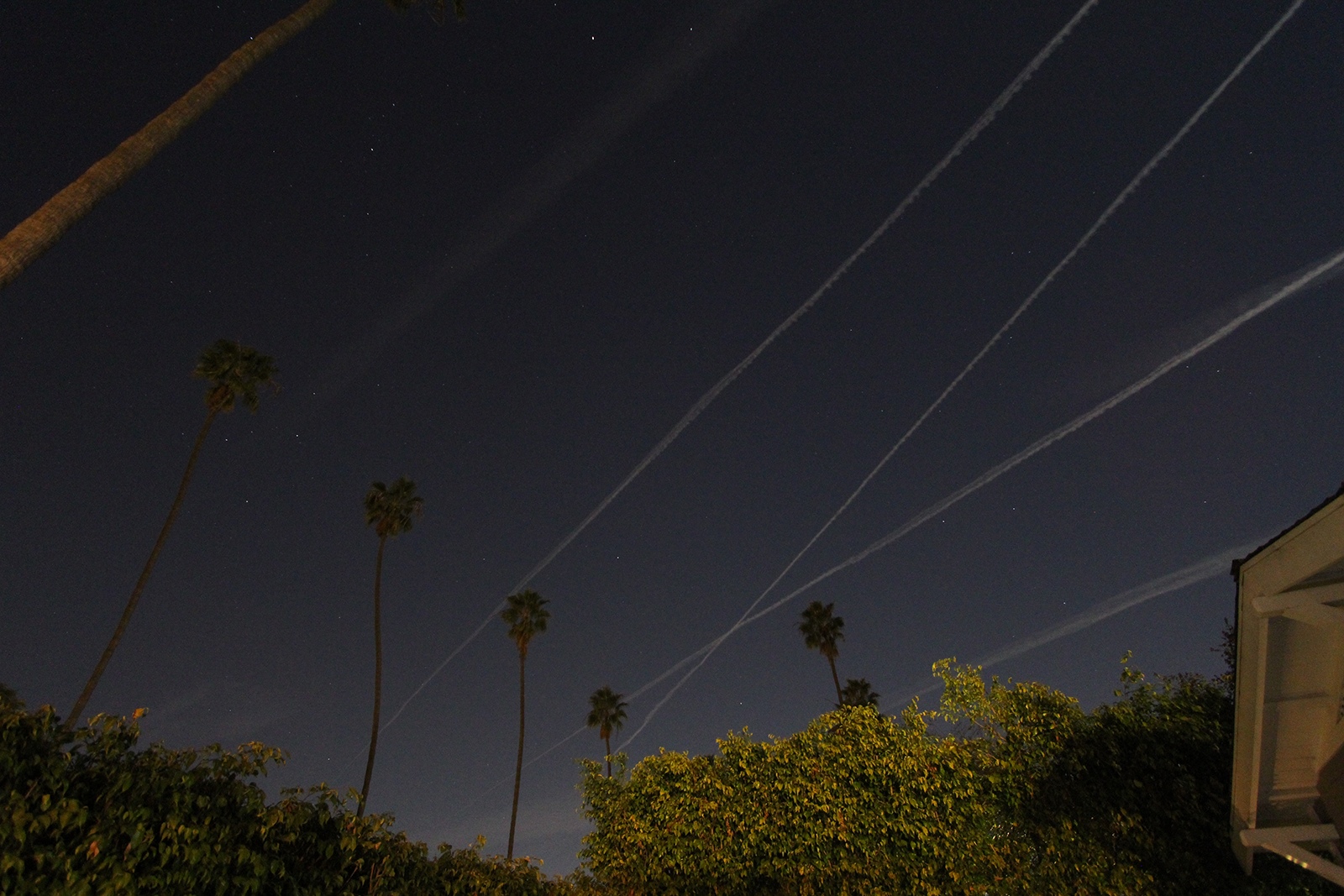 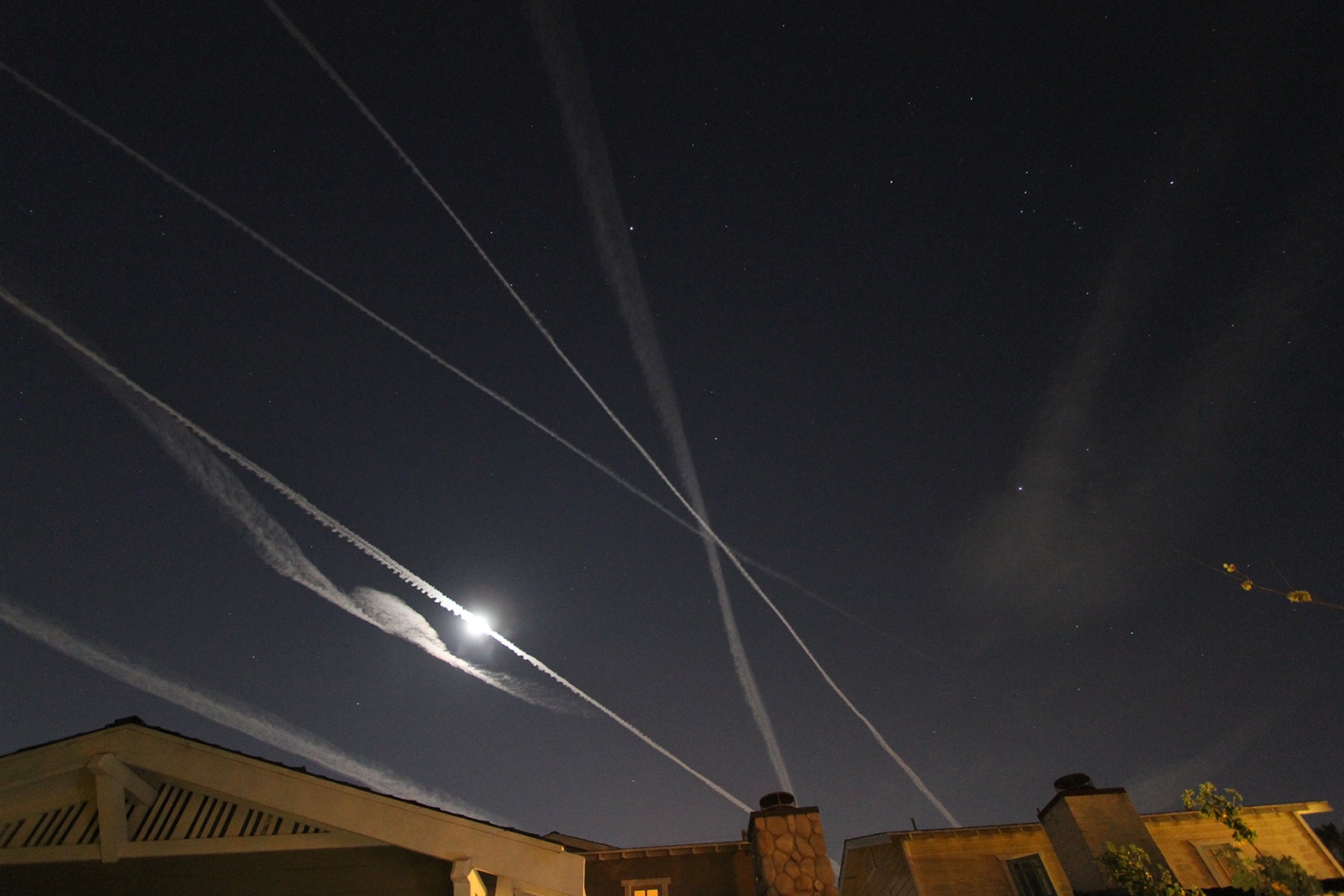 Staff member
This one is a long exposure, so the contrails are blurred. However it allows us to see the movement of the plane relative to the contrail. 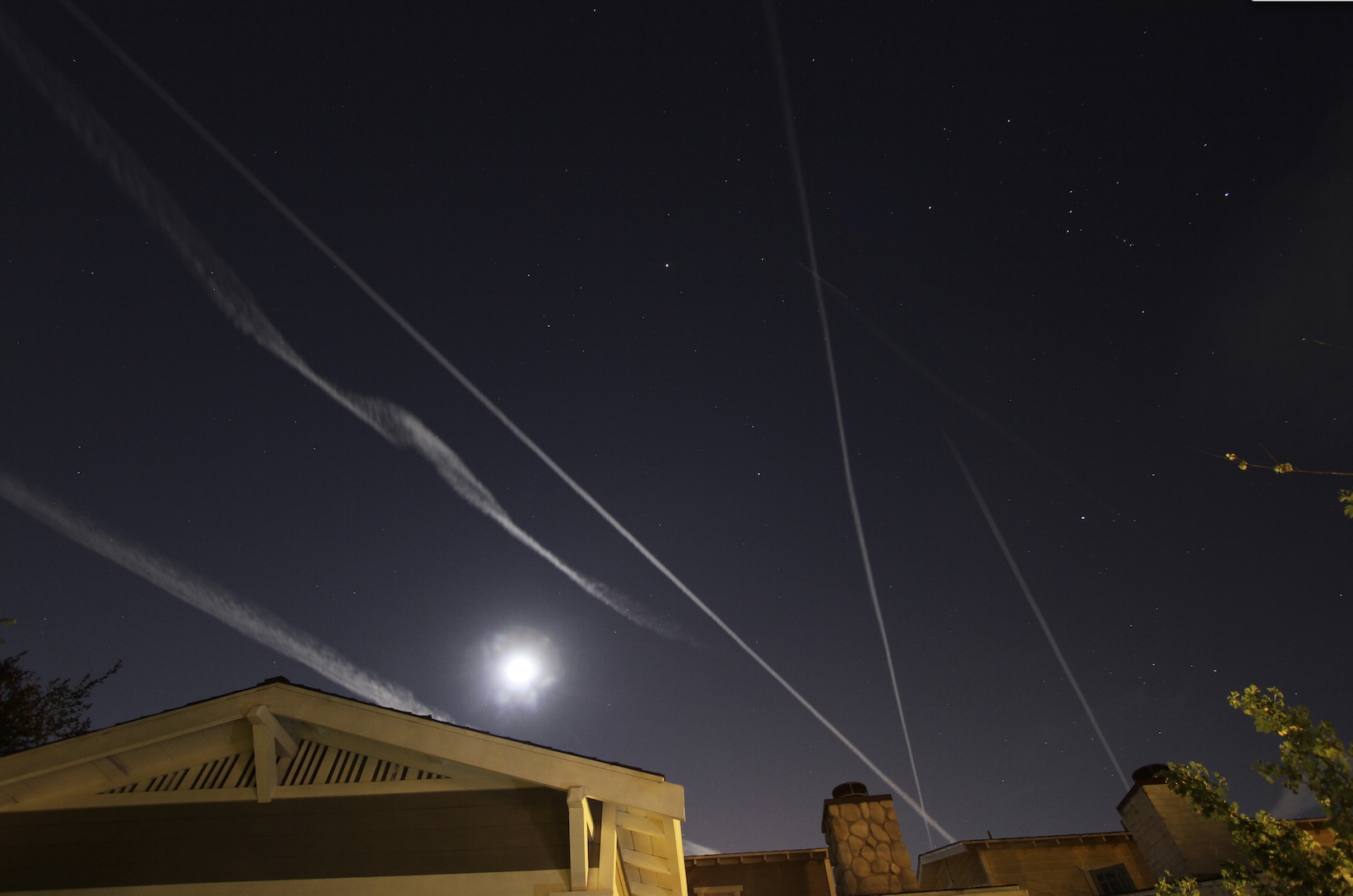 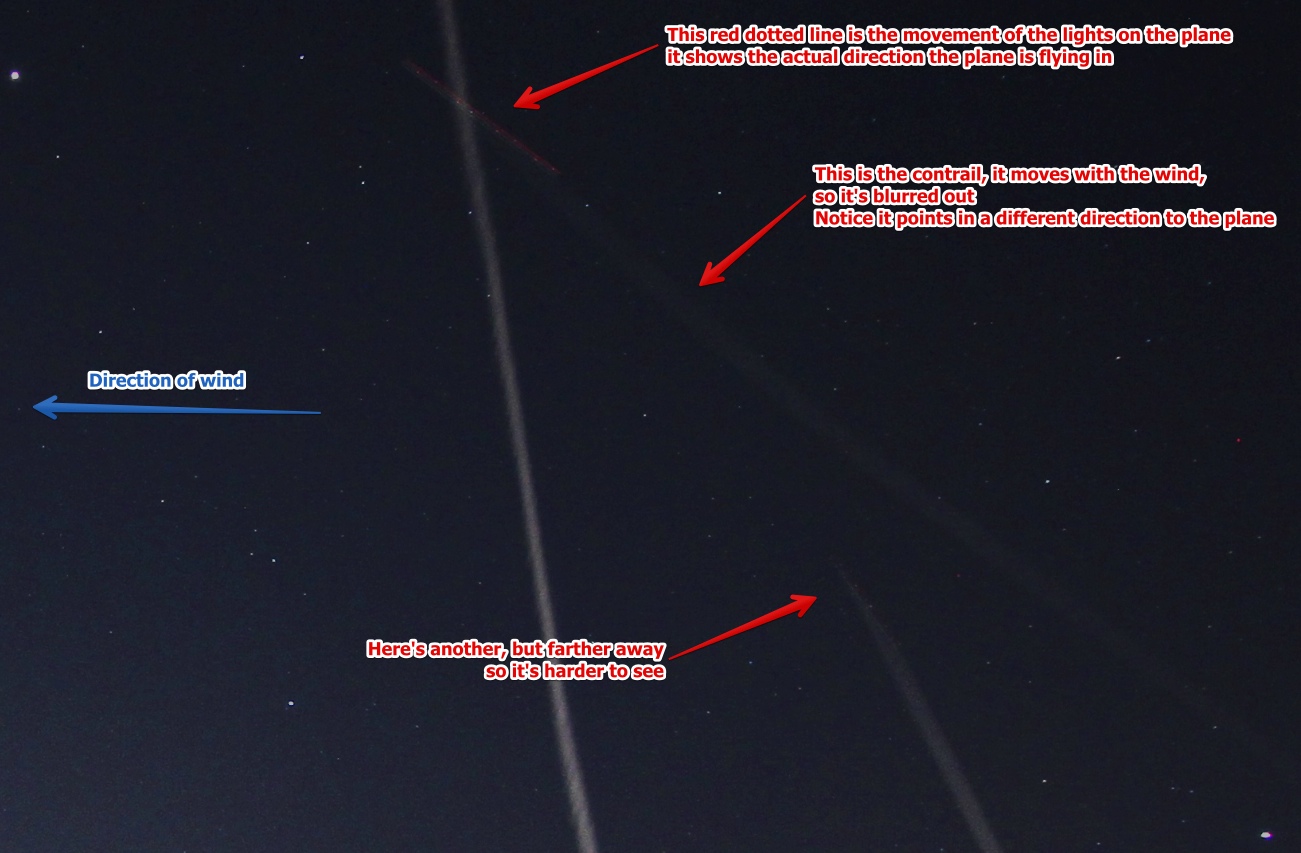 Staff member
Rather amusingly, Dane Wigington has used one of my photos for his latest post:
http://www.geoengineeringwatch.org/anonymous-covers-climate-engineering-threat/ 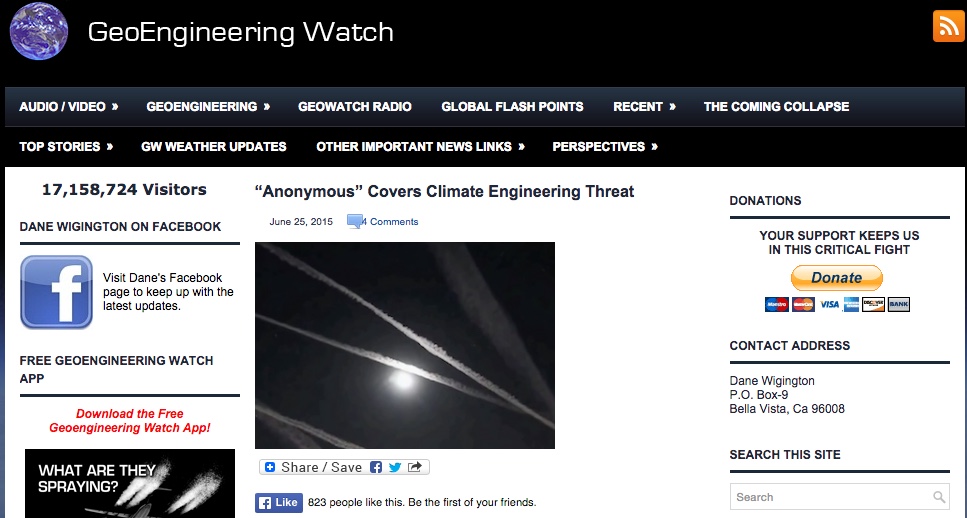 The original (with my house):

Mick West said:
Rather amusingly, Dane Wigington has used one of my photos for his latest post:
http://www.geoengineeringwatch.org/anonymous-covers-climate-engineering-threat/

OT but why would Anonymous be sending Dane a video of himself talking?

Maybe they hacked his computer?

Was it Anonymous, though? The video is on 'Ray Jingle's YouTube page.. and similar videos said to be from 'Anonymous' are things like the 'Leaked Illuminati Training Video'. It might just be yet someone else fooling Dane by sending a fake video over.

On topic, those are beautiful pics. I've only ever seen night-time contrails appear as dark grey streaks, even under a full moon. But I'm in an area that doesn't have great visibility for stargazing anyhow, and I wouldn't expect the same clarity.
You must log in or register to reply here.