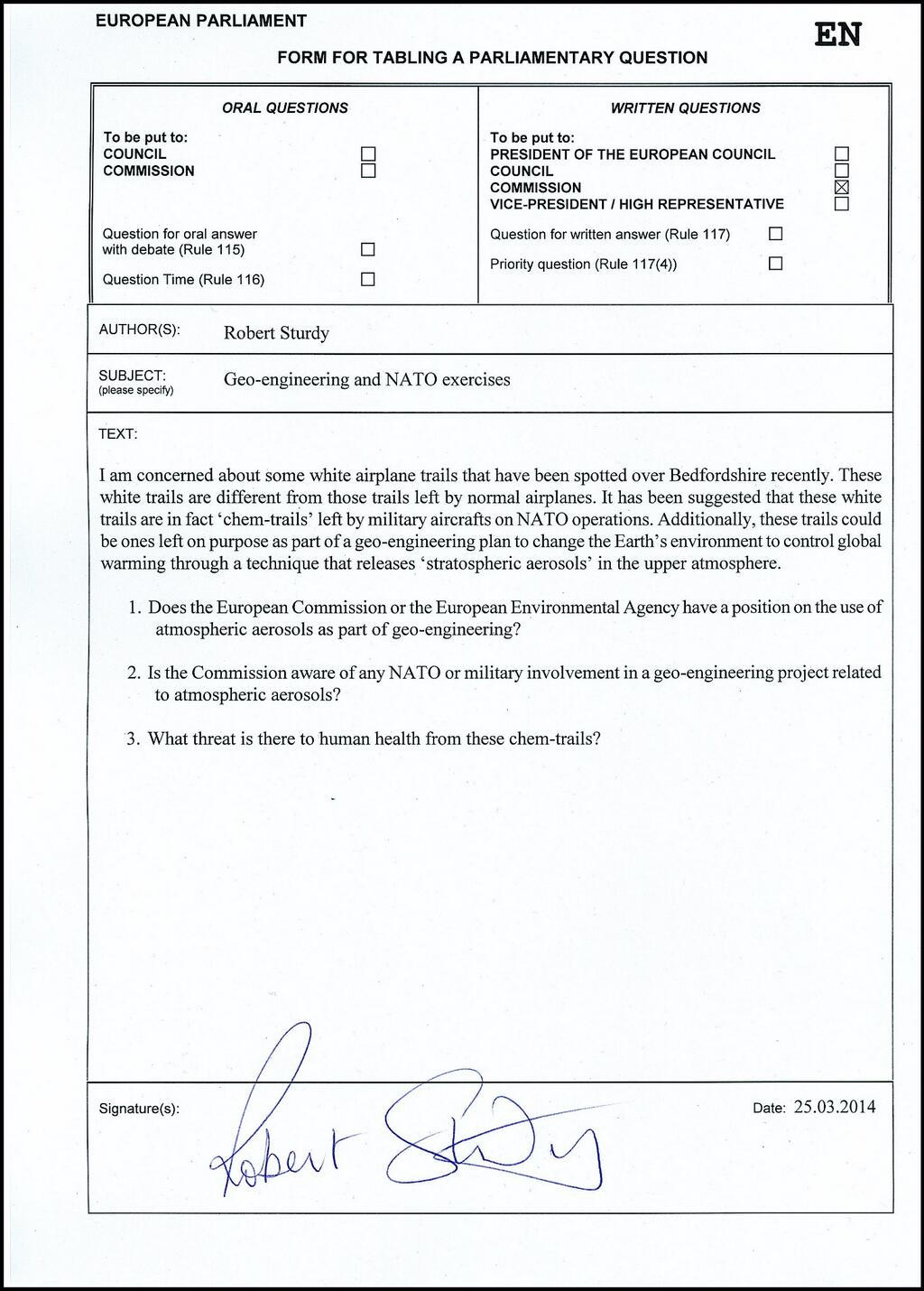 Via Iain Carstairs:
Seem like this might have been due to Iain Carstairs writing to him. Of course any such "official" mention like this is automatically reframed as proof that "Chemtrails" exist. Really it's just a politician (former accountant and farmer) parroting the concerns of one of his constituents regarding a subject he knows nothing about.

The text that describes the subject of the Parliamentary Question shows a rather hilarious lack of professionalism, with this typo:

Anyway, will be interesting to see where Robert Sturdy's "enquiry" goes. Would be great if there is some actual, scientific response that will once and for all quell the nonsense.

Of course, it might just be considered by other politicians as the equivalent of asking if NATO or the military are hiding the fact that they have a contingent of leprechauns trained and ready to search rainbows for gold treasure.

.... My primary responsibility as a Member of the European Parliament is to represent your views to the EU

It doesn't show in his list of Parliamentary questions yet

These questions get asked all the time and always come back with the same "evasive" reply. Remember the last Canadian petition? Big news on YouTube but they appear to have ignored the government reply http://www.globalresearch.ca/chemtr...adian-parliament-governments-response/5364947

Off topic but I can see interesting times ahead if Scotland get independance. Holyrood will be awash with Parliamentary complaints that the chemtrails were not switched off on the day of Independence.
You must log in or register to reply here.