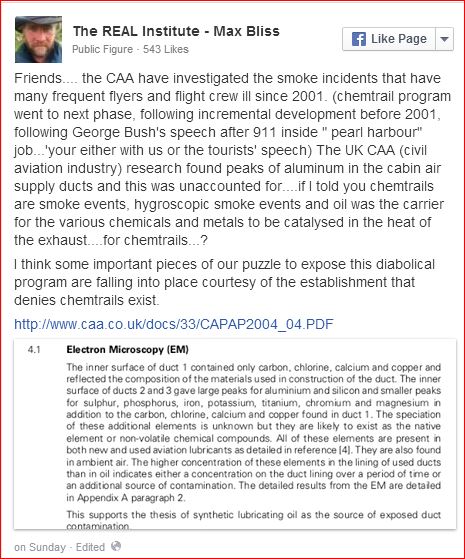 The claim appears to say that chemtrails are now oil based, with release of engine oil into the exhaust via retrofitted pipes at the back of engine pylons.

The claim is not credible on several counts.

1. Max has no idea of the amount of engine oil is carried/used on a modern aircraft engine. The oil tanks are quite small. The CF6 engine, a large turbofan powering the 767/747/A330 sized aircraft has a oil tank capacity on each engine of approx 5 gallons.

2. Oil systems are closed systems due to the small amounts of oil in the systems and the need to circulate it through the engine, scavenge it and recirculate again.

3. The oil drains are not on the pylons, they are a separate mast on the underside of the engine.

From the same reference: 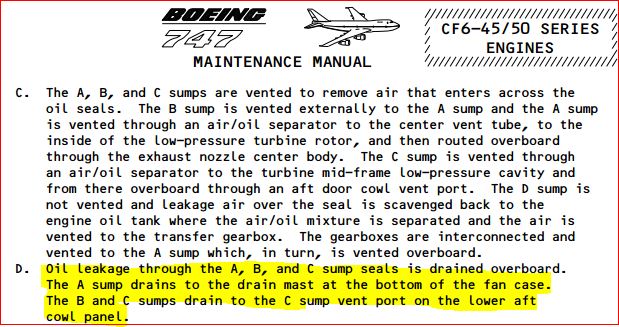 4. Engine oil cannot simply be dumped overboard due to the requirements to lubricate the engines. There is no flight deck control to do this.

Once gone, engine failure is guaranteed. The standard procedure once an oil leak is suspected is to throttle back thrust on the engine to idle. If oil pressure drops below prescribed values then the engine must be shut down. 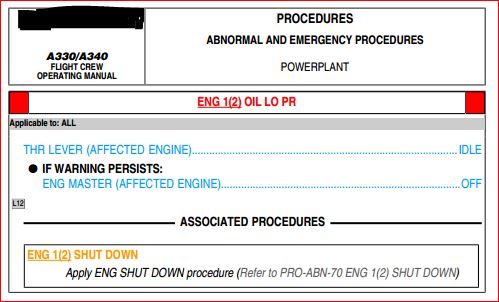 5. Oil drains are not retrofitted, they are standard issue on all heavy jet engines. They are found at the bottom of the fan casing and not on the pylon.

Debunked!
You must log in or register to reply here.