Kusznir once again displays his abysmal lack of aeronautical knowledge by comparing the tracks of two aircraft from two different airlines going to the same destination from the same departure point and expecting them to slavishly follow the same flight plan tracks at all times.


Airlines will generally flight plan a flight along the track that the computer assesses as burning the least amount of fuel. The factors that influence that fuel burn are many, including forecast winds and temperatures, aircraft load including statutory and individual company fuel requirements and varying passenger loads on the day, and scheduling and maintenance requirements such as tracking restrictions due to EROPS requirements. Upper wind forecasts are generally issued every six hours and so flights even an hour apart can be using different wind forecasts and hence tracking on different routes. Some aircraft simply need to go faster or lower just to pick up schedule.

A computer flight planning system, once given all the variables will assess every possible route to a destination and will plan the aircraft accordingly.

Even the use of different flight planning software will vary the routes and altitudes flown by various companies due to different fuel burn characteristics of different engines. In this case the VOZ A330 uses Rolls Royce engines and the QF aircraft uses GE's. A 100 kg difference in the fuel burn on different tracks using all the factors mentioned above is enough to get different flights, even from the same company, routed in different ways.

The flight tracks over the North Atlantic vary considerably from day to day. These flights are perhaps more coordinated because of the heavy volume between Europe and North America. The tracks are designed to provide minimum headwind and maximum tailwind, and to avoid storms/turbulence. s a result, people like Russ Tanner in Maine might see considerably different traffic from time to time.

A typical Notice To Airmen showing the tracks for today:
https://www.notams.faa.gov/common/nat.html

This was discussed previously:
https://www.metabunk.org/threads/interesting-contrails-create-five-crosses-in-the-atlantic.605/

Images from that thread:

It didn't take a masive geoengineering scheme of dozens of tanker jets spraying insidious poisons to make these contrails.
All it took was ordinary traffic of commercial airplanes. 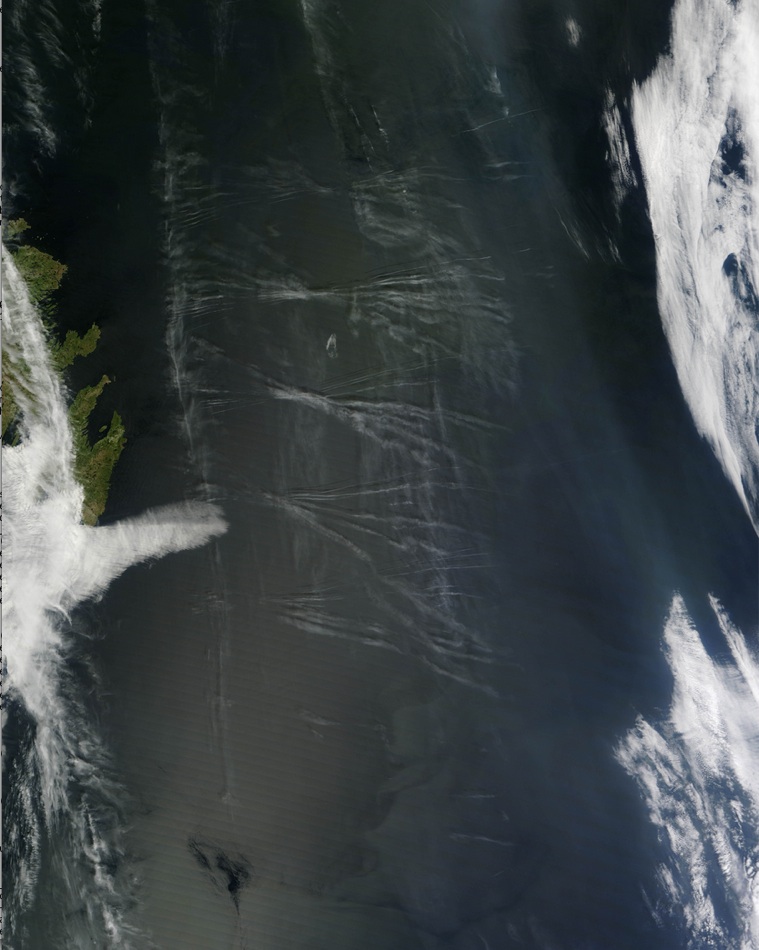 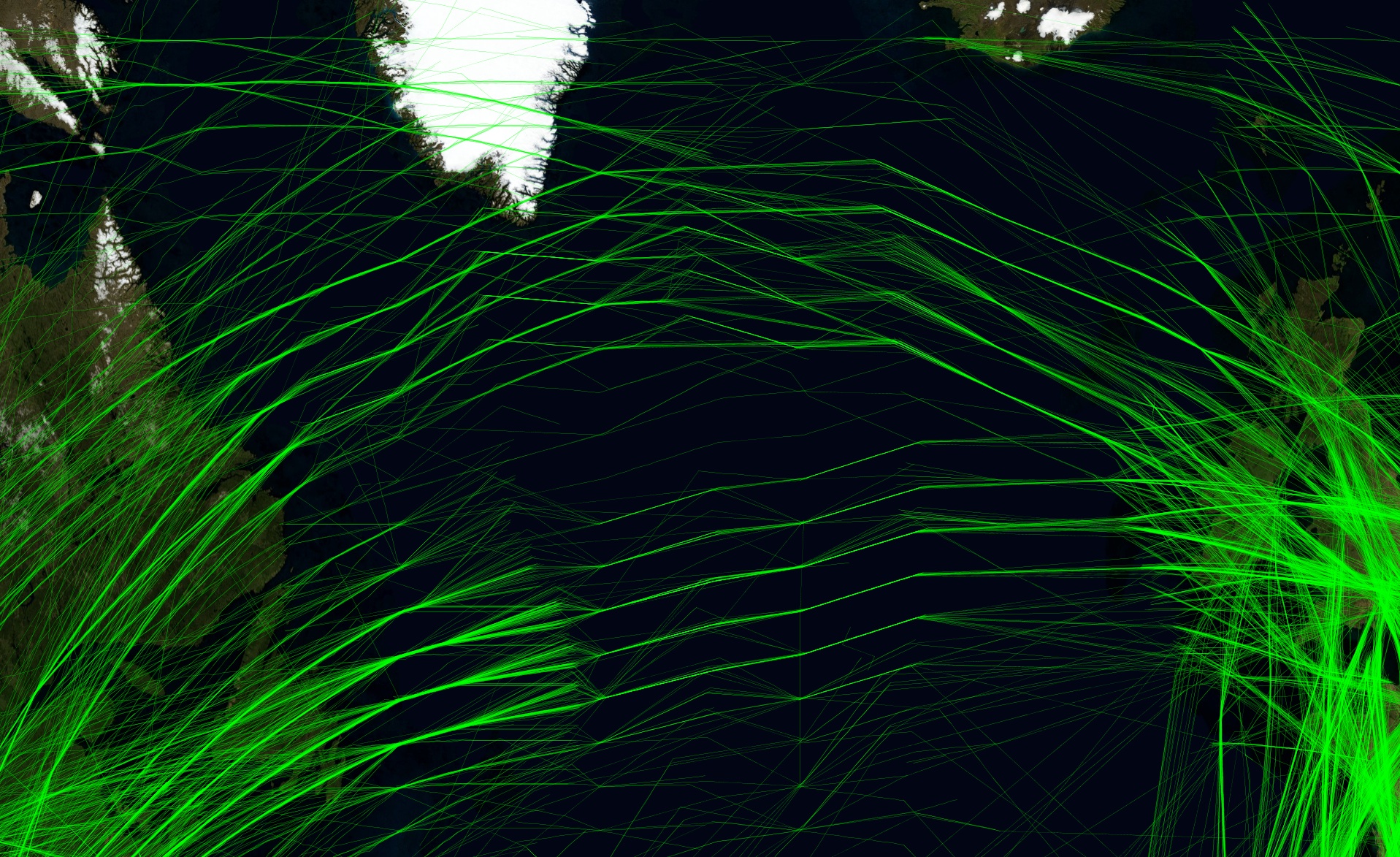