Popular American right-wing extremist Ben Shapiro recently shared a doctored clip from a 2007 video of World Economic Forum chairman Klaus Schwab talking about how the WEF works and who they work with. 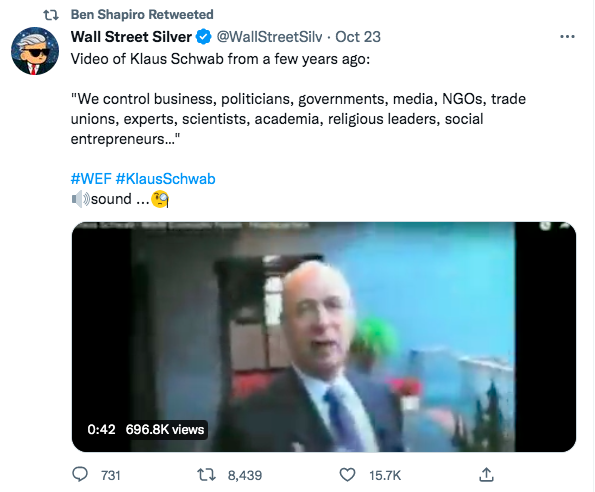 The quote in the tweet, of course, is fake - Schwab never says the words "We control" and the video clip begins with the word "business", conveniently ommitting the context in which he was talking.

In reality he is listing stakeholders and groups who attend meetings at the WEF headquarters in Geneva, as shown in the full video here:

Interviewer: "And so who do we have [...] in the different meetings? What type of stakeholders do we have?"

Schwab: "If I look at our stakeholders, we have business of course, as a very important audience, and we have politics. We have continuous partnerships with many governments around the world. Then of course we have NGOs, we have trade unions...media, of course..."