Staff member
These pictures are doing the rounds on Facebook, along with spurious commentary about "geoengineering": 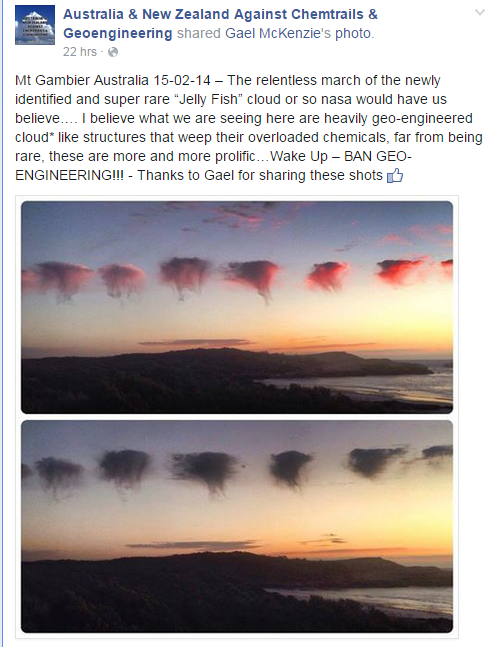 These are a form of altocumulus castellanus floccus commonly known as "jellyfish clouds". They are caused by a layer of moist air that is trapped and "capped" by a layer of dry air above. The "tentacles" below are virga, or rainfall that evaporates before it reaches the ground.

Quite similar to the row of fallstreak clouds near Seattle that was discussed here:

I remember reading somewhere, but can't for the life of me remember where, that it was seeing cloud formations like that that inspired Sir Arthur Conan Doyle to write his classic sci-fi short The Horror Of The Heights. 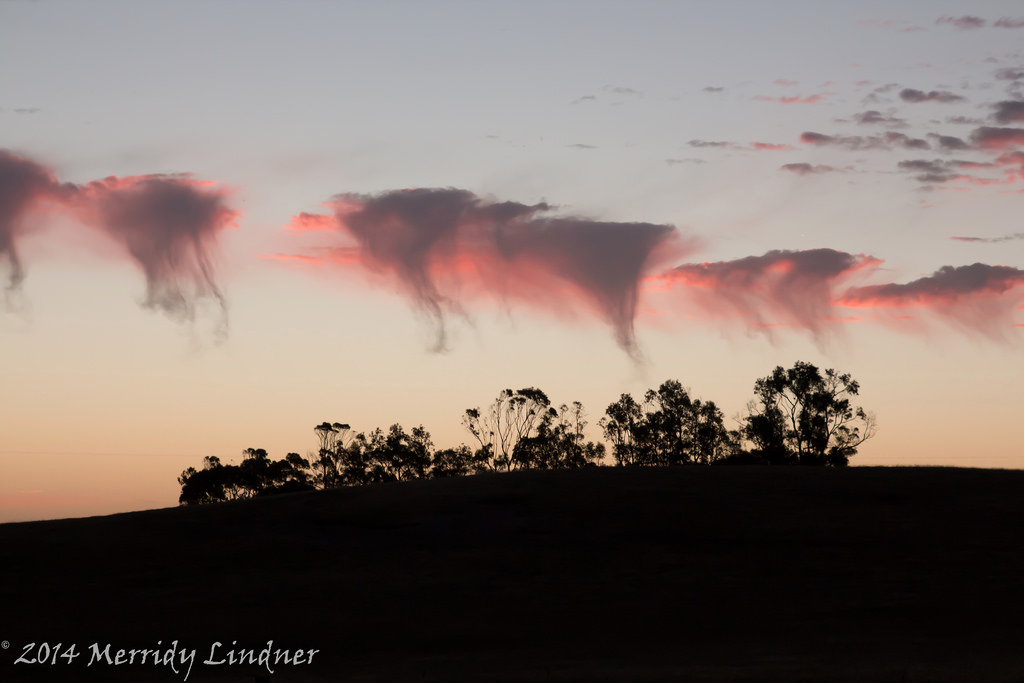 I do not expect to find many pictures. It happened near the border between South Australia and Victoria, far from major cities.
Last edited: Dec 16, 2014

And a shout out to Clare Swinney at Northland Chemtrail Watch who never fails to shout at clouds.... 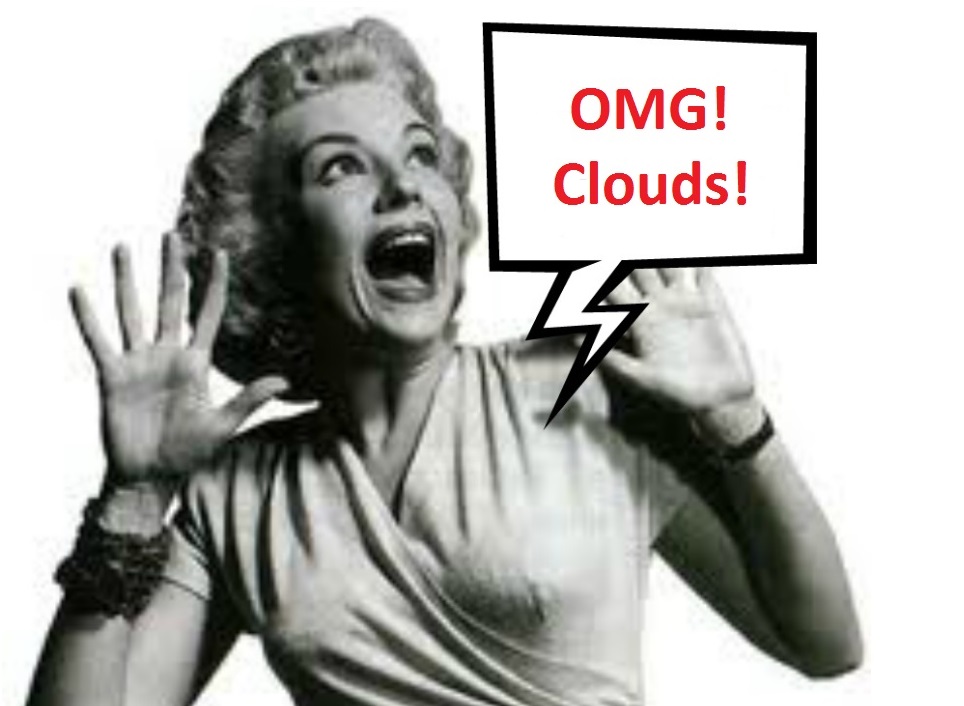 MikeC said:
who never fails to shout at clouds....
Click to expand...

And "Abe Simpson", of course: 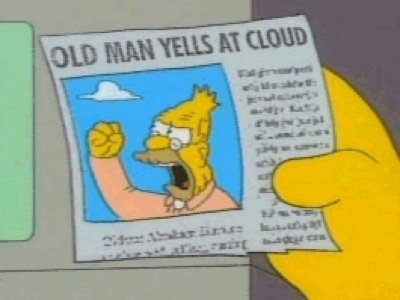 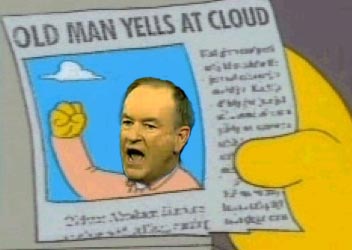 (Take me out to the woodshed...hard to resist, this was too tempting).

Good example of fractal geometry in nature, something a lot of chemtrail believers probably already know about as it's a bit of a 'new-agey' concept they are likely to embrace. Just not in meteorology for some reason.

I was wondering about that. I'm far from a cloud expert but "jellyfish" clouds usually seem to be termed castellanus. There seems to be some overlap in the classification:

Grey shading is also seen with altocumulus castellanus (Ac cas), a turreted middle cloud that can achieve significant vertical development and signals increasing airmass instability. It is nevertheless usually classified as middle rather than vertical and is coded CM8. The floccus species (Ac flo) is a tufted middle cloud which is also associated with greater instability. It shares the same code CM8.
Click to expand...

Trailblazer said:
I was wondering about that. I'm far from a cloud expert but "jellyfish" clouds usually seem to be termed castellanus. There seems to be some overlap in the classification:

The ones pictured seem more tufted than turreted. I don't see any Frenchmen shouting down random insults from atop those

Those clouds look flat topped resulting from a capping stable layer.
This is certainly not the environment for AC castellanus.


Castellanus clouds are evidence of mid-atmospheric instability and a high mid-altitude lapse rate.

There are fall streaks of virga, likely to be ice. Eventually the cloud will completelt dissipate by this process,

The mystery is how did there come to be a line of nicely uniform altocumulus floccus in isolation like that?

Ross Marsden said:
The mystery is how did there come to be a line of nicely uniform altocumulus floccus in isolation like that?
Click to expand...

I think that the most interesting thing about these clouds is not their individual shapes, but that they make a uniform row. And this row appears to be perfectly aligned with the wind. I have scaled down the bottom image in OP and superimposed it on the top one: 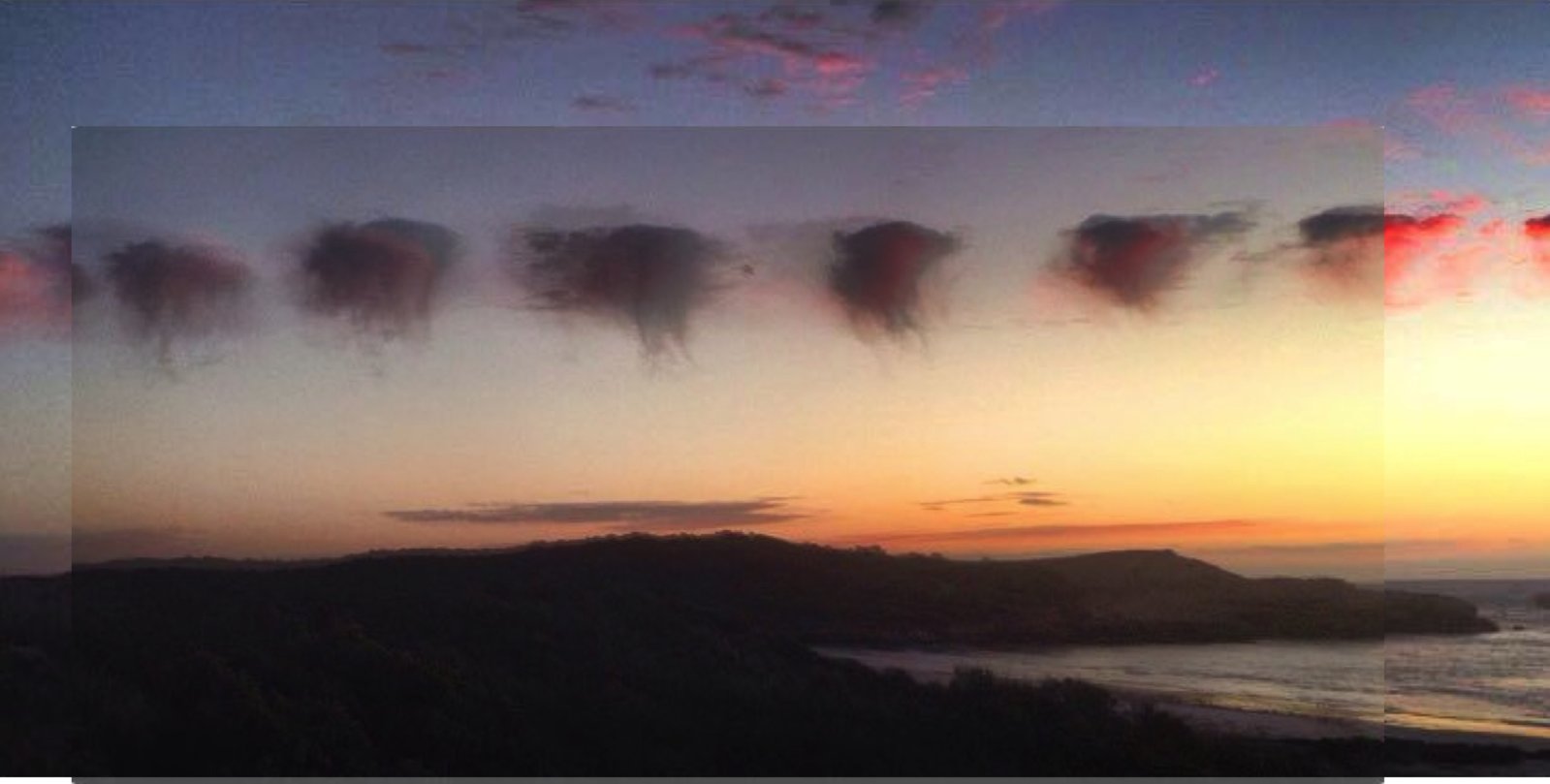 In 15 minutes or so between the two pictures, the row did not move laterally, but the clouds shifted along the row by one position to the left. The same cloud movement was observed for the Seattle row:
https://www.metabunk.org/threads/interesting-clouds-row-of-fallstreak-clouds.2155/#post-106800

I have located the place where these pictures had been taken, it is called Carpenter Rocks: 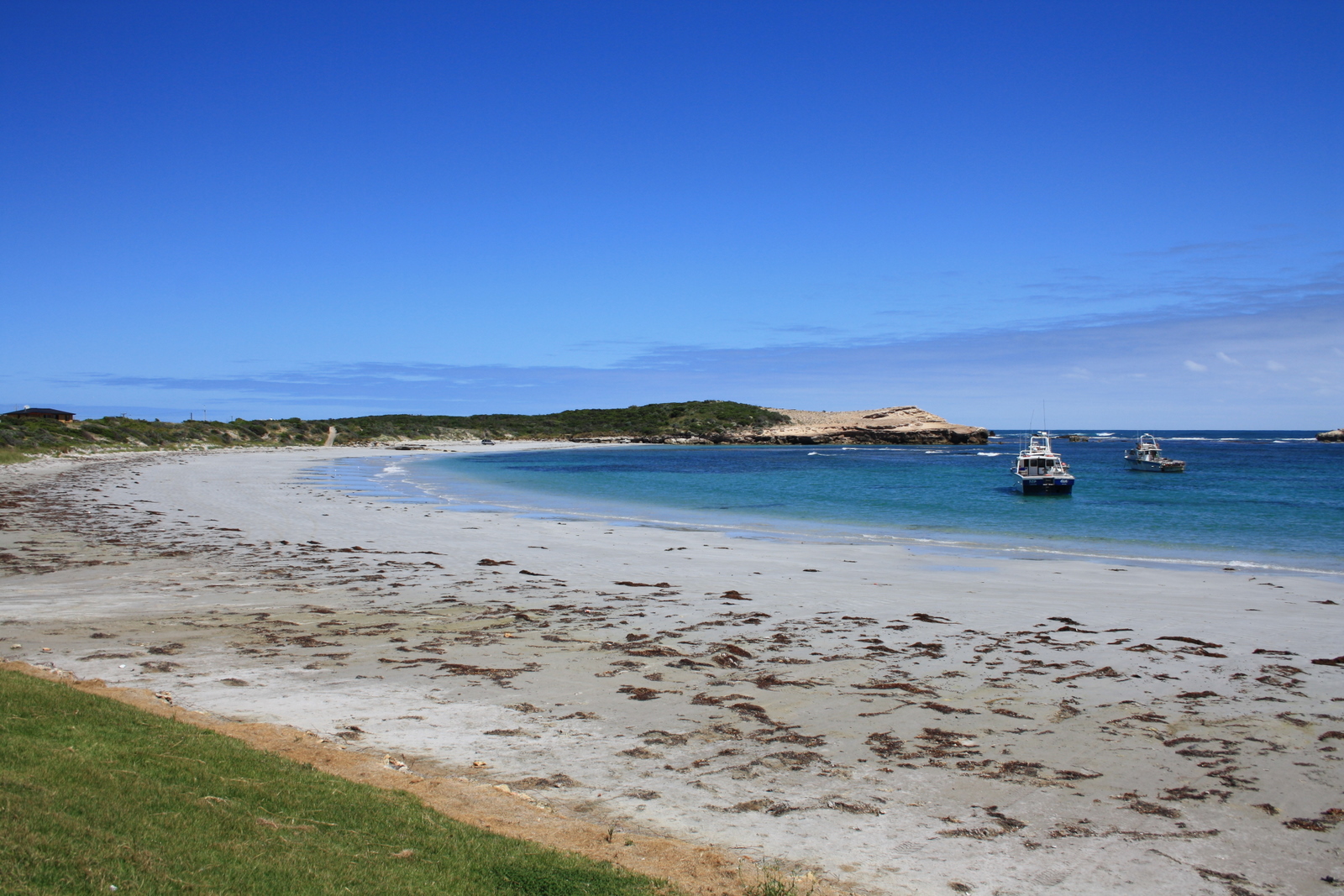 This allowed the modelling of approximate position and orientation of the cloud row on Google Earth: 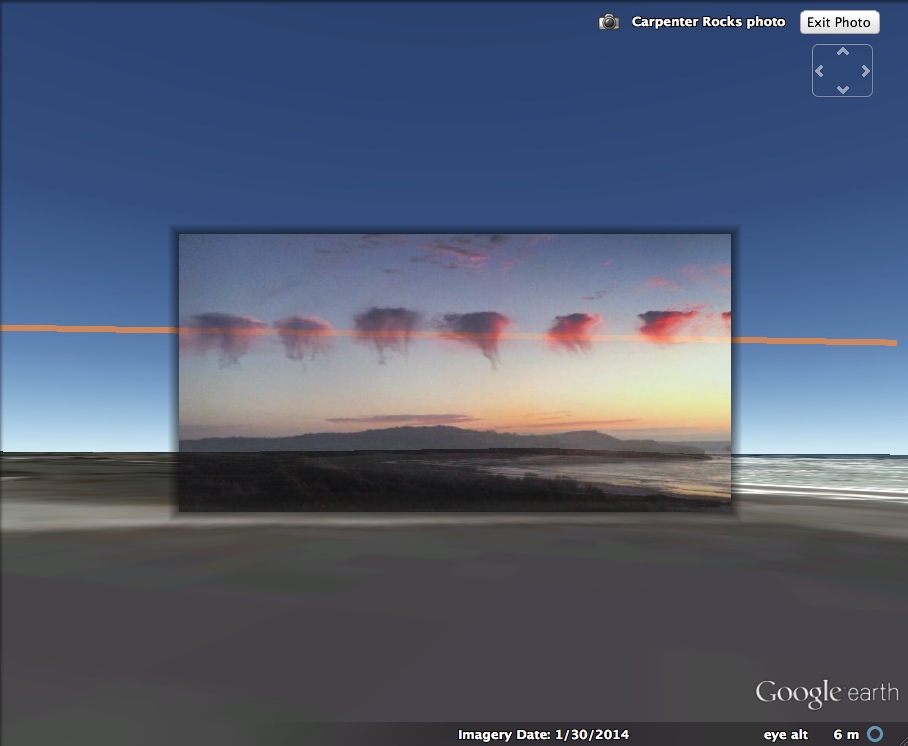 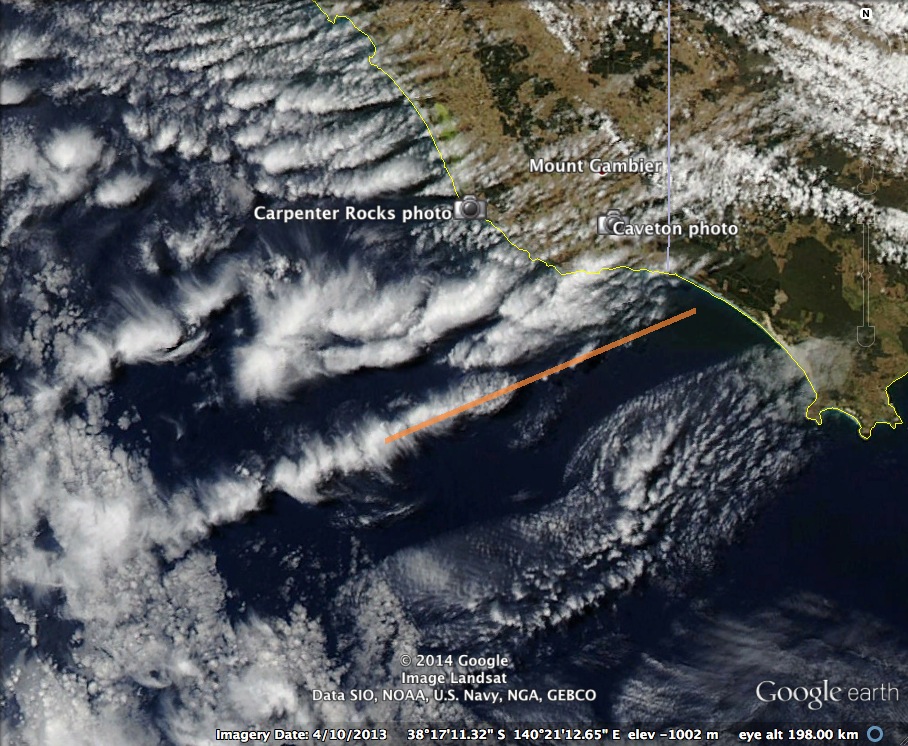 The modelled cloud row is located above the ocean and aligns well with a long linear cloud in the Aqua satellite image taken at 04:40 UTC. Presumably, the row of jellyfish clouds was a remnant of this linear cloud that moved along its direction toward the land by the end of the day. Interestingly, there is a linear cloud along the same line in the earlier Terra image taken at 00:25 UTC. It is farther from the land and is just seen on the background of low marine cloud layer.

The distal end of the cloud row points toward Antarctic, that is, away from any air traffic destination. Like the Seattle cloud row, it almost certainly "was purely meteorological in origin".

I have located a similar group of trees to that in the Coveton photo on the Google StreetView near this settlement: 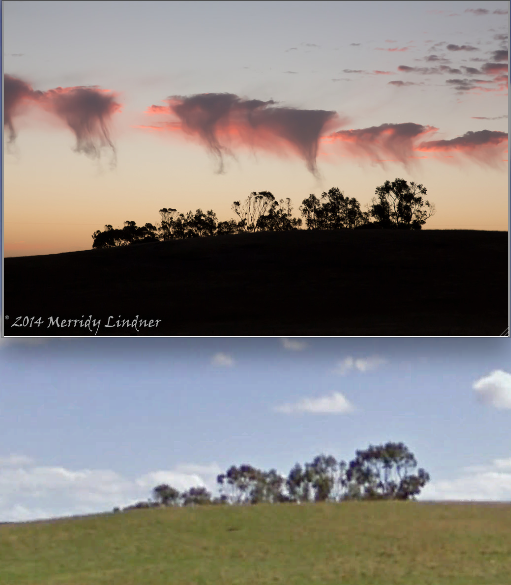 The viewing direction is in a fair agreement with the modelled position and orientation of the cloud row: 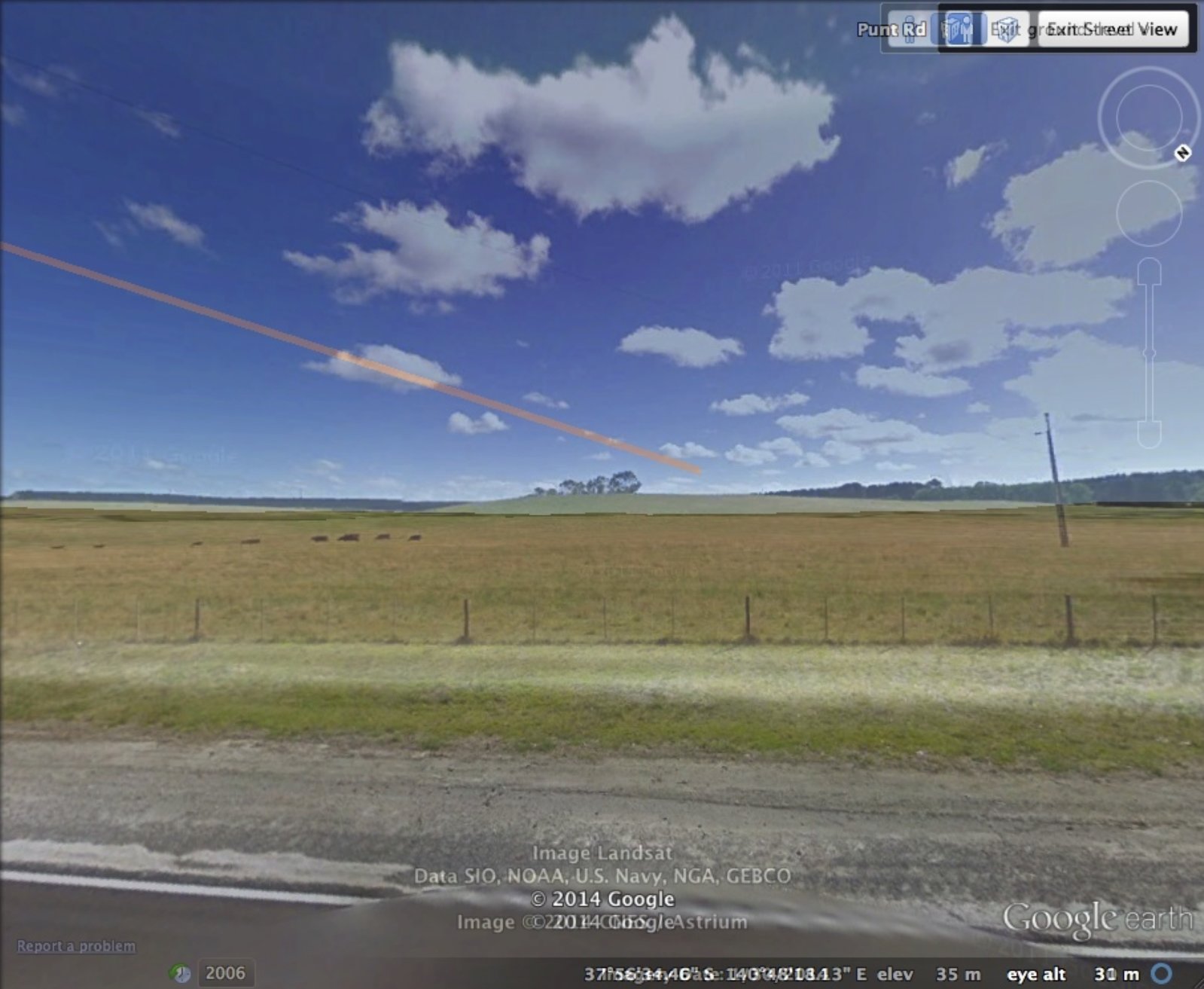 KMZ file for this analysis is attached. 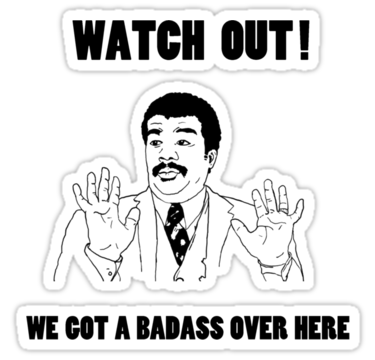 This is why I love professional and amateur meteorologists.. nice catch @cloudspotter

Trailspotter said:
I think that the most interesting thing about these clouds is not their individual shapes, but that they make a uniform row. And this row appears to be perfectly aligned with the wind. I have scaled down the bottom image in OP and superimposed it on the top one
Click to expand...

These clouds are a great example of the complexities of the atmosphere- ie; the variability and yet seemingly uniform at the same time.

REPOST with fixed images and update:

I have found one more picture of these clouds (should have checked that chemtrail site earlier): 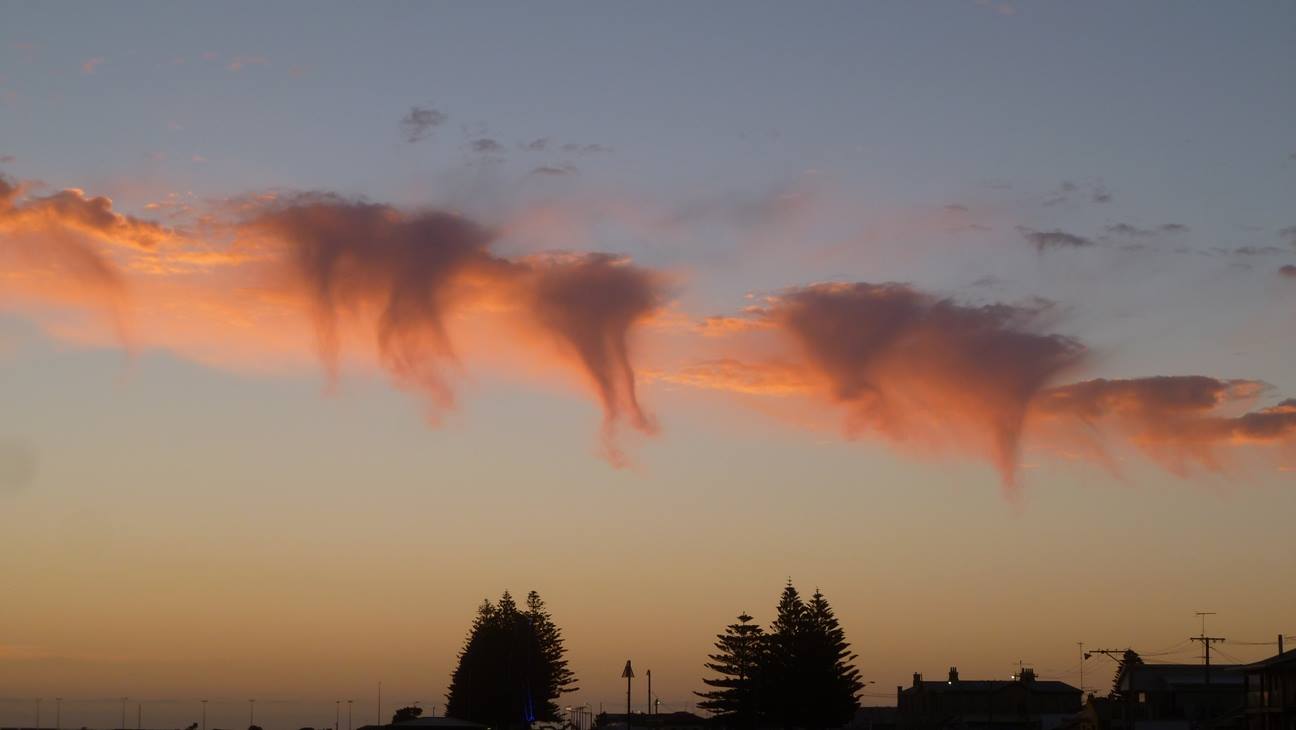 This photo has been taken at Port MacDonnell, about 20 miles from the location of OP photos in Carpenter Rocks and some 9 miles from the flickr photo location near Caveton. Using three different locations allows more accurate estimation of the cloud row position and orientation, therefore I have revised my analysis above.

I found approximate locations of all photos on Google StreetView. In the absence of prominent ground features, fitting photos to StreetView rather than directly to Google Earth resulted in probably more accurate viewing directions. 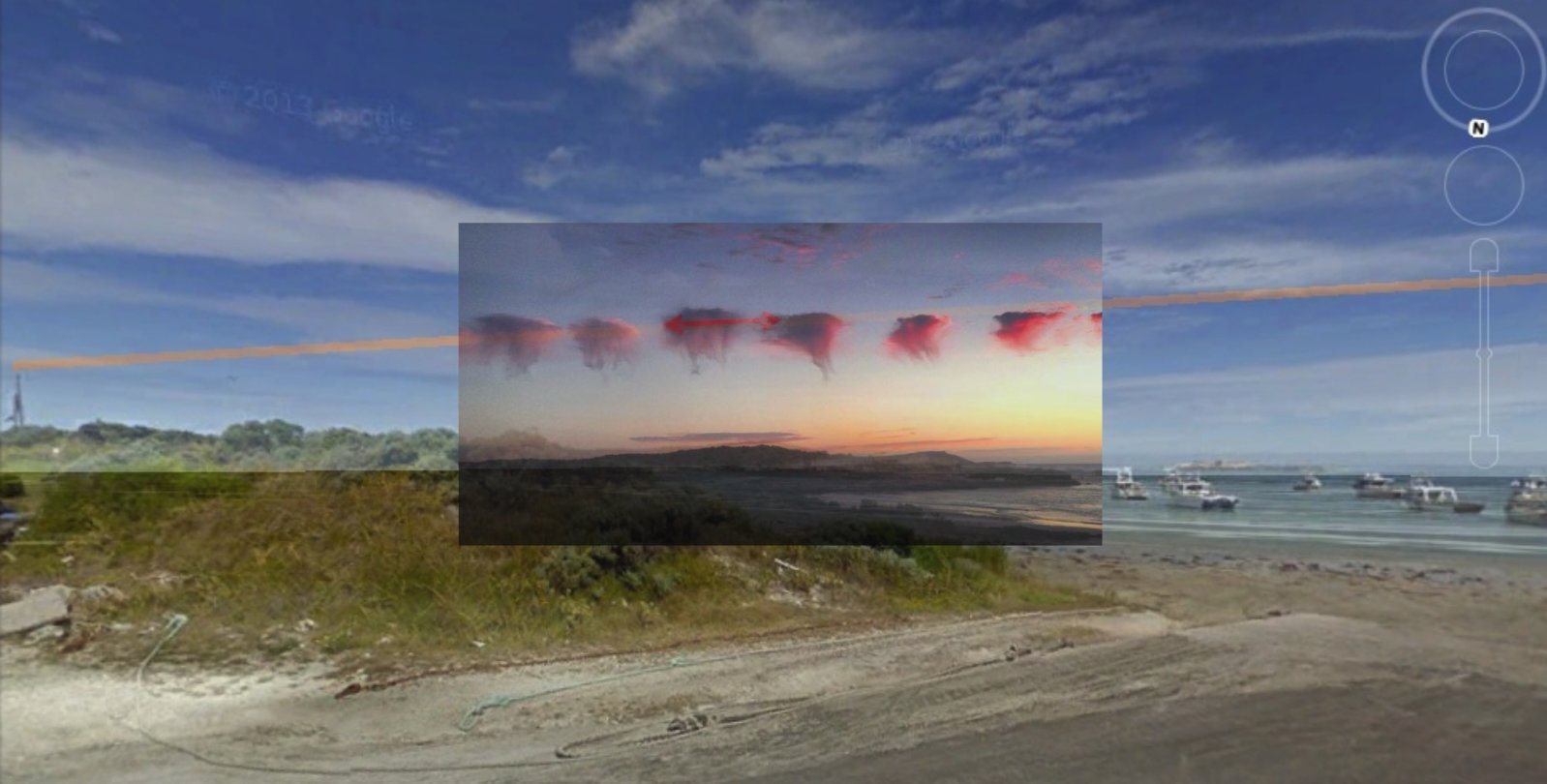 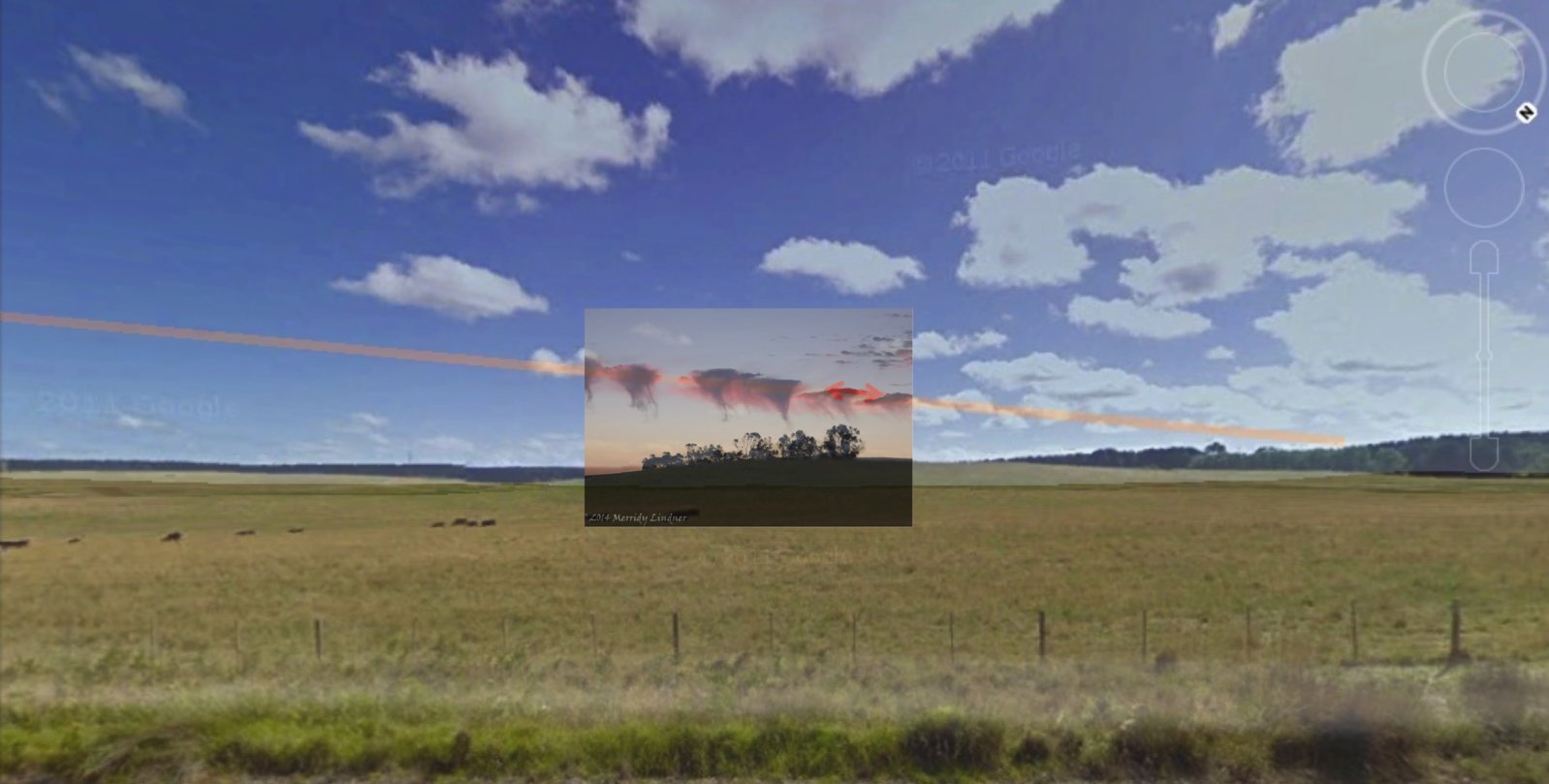 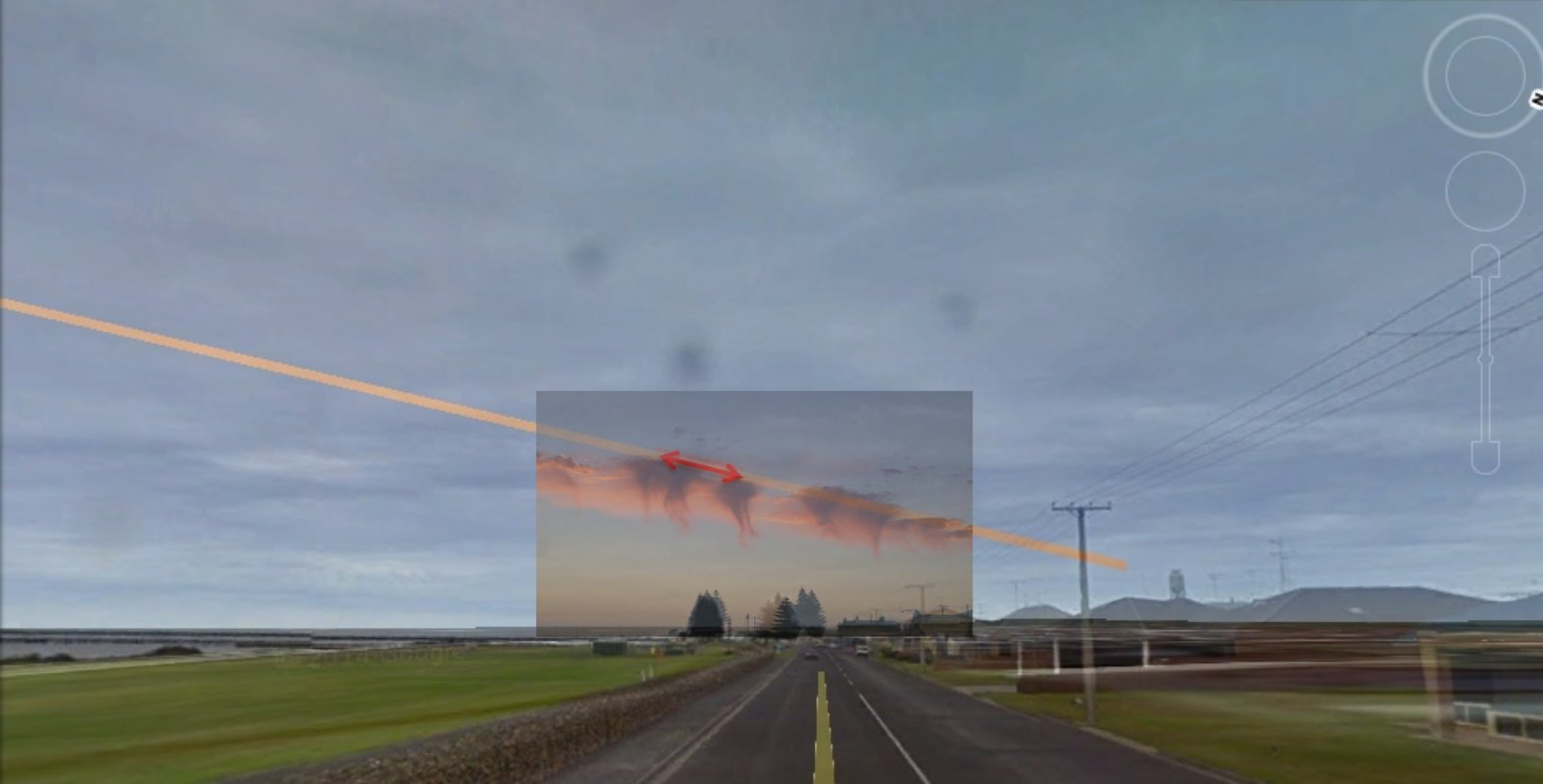 This analysis is made in the assumption of the clouds moving along the same line (orange). The altitude of this line is 5000 m (16,500 ft), that is, within the range for altocumulus clouds. A 4 km section of this line, the same in all fitted photos, is highlighted with a red bar; its length approximately corresponds to the average distance between the adjacent clouds in the row.

Compared to the earlier analysis, the line direction has changed by about 35° and do not coincide with the direction of linear cloud in the Aqua satellite image (taken about 5 hours earlier). 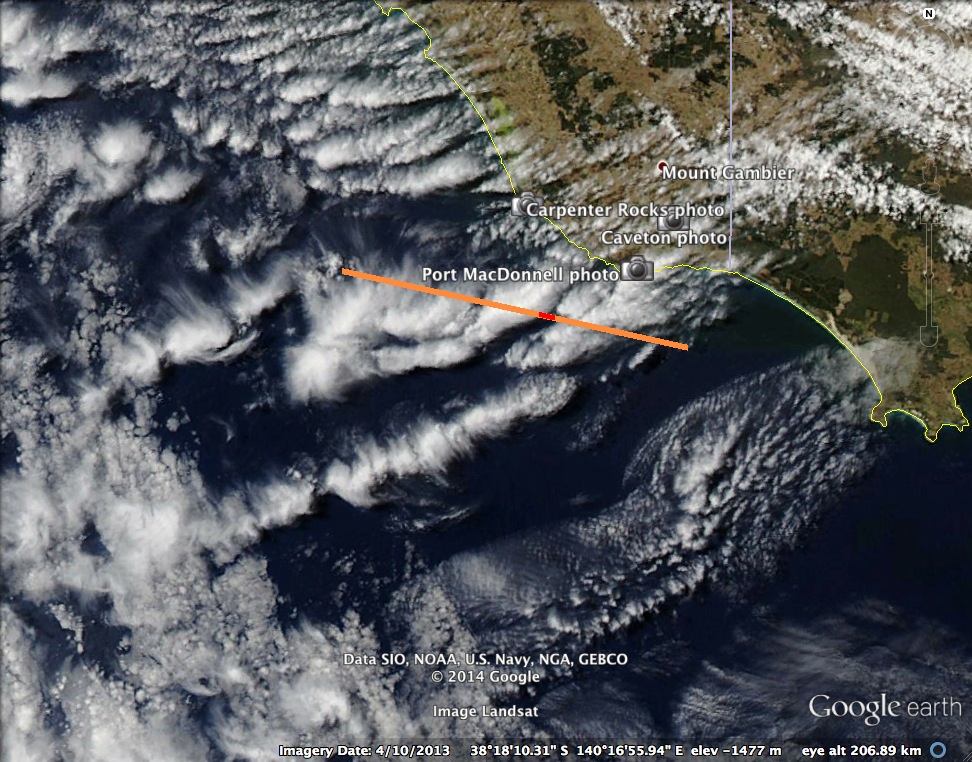 The new direction of 282° is very close to the wind direction (290°) at 500 hPa forecasted for that location at that time (http://earth.nullschool.net/):

The predicted wind speed of 68 km/h is inconsistent with the claim that the OP pictures were taken with a 15 minute interval, as the clouds appeared to have moved by about 4 km along the line during that time. It is more likely that the actual interval was only about 5 minutes or less. Indeed, in the Port MacDonnell and Caveton photos, there are probably the same individual clouds that moved between the two photos (relative to the red bar) by about 16 km. For the predicted wind speed, the time interval between these two photos would be about 15 minutes, but for the speed estimated from the assumption of a 15-minute interval between the OP pictures, it would be about one hour. The former is consistent with the sunset colours of both pictures, the latter is far too long for them.

If there were precursors of these clouds five hours before the sunset, they would have to be some 300 km upwind. There are suitable clouds in that location in the Aqua image (at the west end of the cloud system): 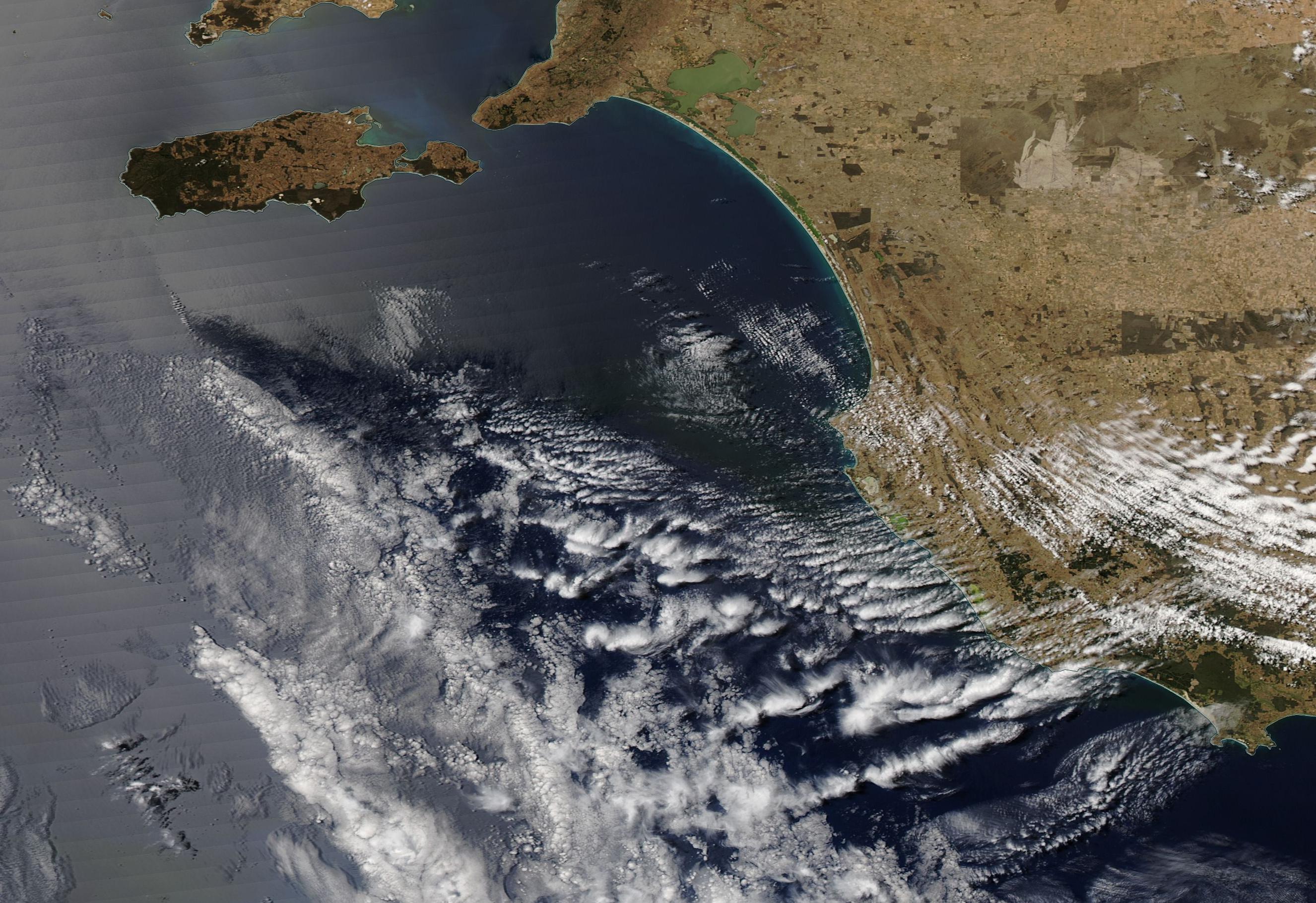 Although the revised direction of the cloud row goes along the Perth-Melbourne route, the row's estimated altitude is much lower than the average cruising altitude of commercial flights along this route. Therefore, the main conclusion of this analysis remains unchanged: this cloud row almost certainly "was purely meteorological in origin".

The KMZ file of the revised analysis is attached. Please ignore the fitting of the photos, it is not very accurate. The camera locations, however, are close approximations of the StreetView locations used in this analysis.

UPDATE
It appears to be a short row of jellyfish clouds compared to the Seattle one, there appears to be the same six clouds in all images from the three different locations. The estimated length of this row is 20-25 km (about 15 miles). The Caveton photo Exif suggests that it was zoomed in at focal distance of 60 mm. However, the camera lenses allow for a wider angle and could readily frame a longer row, if there were one.

Those clouds look quite beautiful actually!

Agree....you see, there is this "thing" about clouds. They are transient, and ever-changing. Virtually infinite in shape, and further infinite (if that's even possible? Sorry, a bit of hyperbole...) in the way we can observe them, under varying lighting conditions. (i.e., early sunrise or late sunset, ETC).

Clouds are not "pollution". 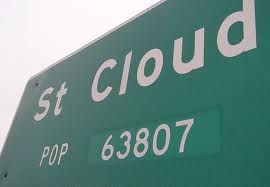 I have stumbled upon another photo of the same clouds twitted by a local farmer: 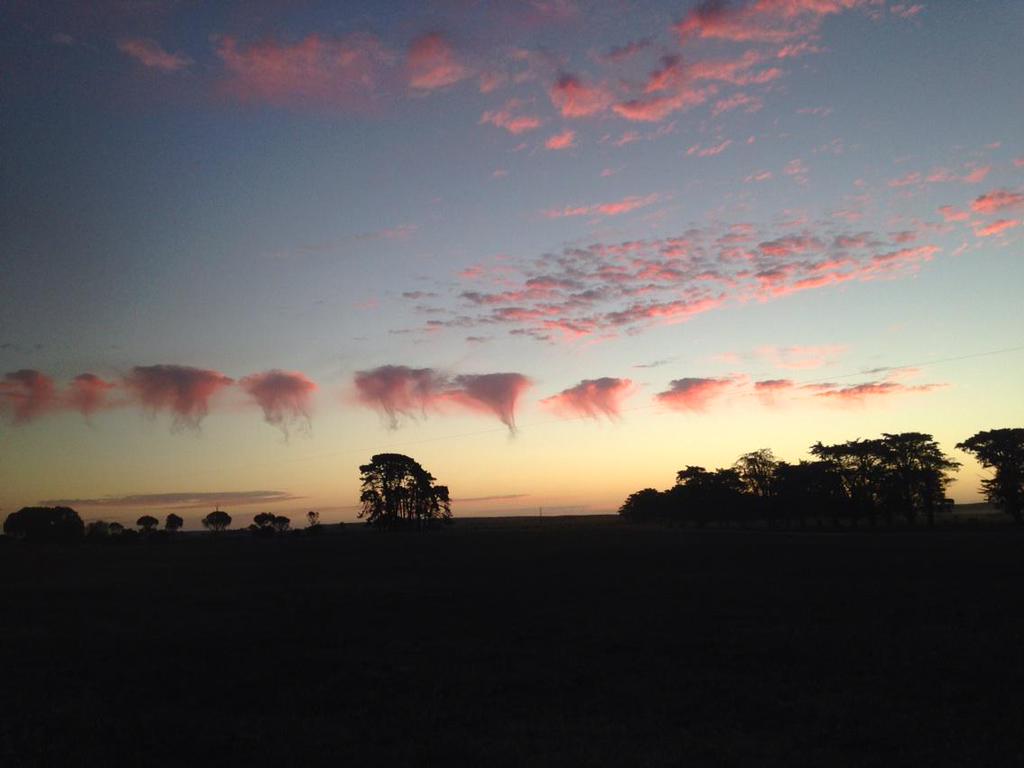 https://twitter.com/harrimar1/status/544438780308893696/photo/1
It was taken in approximately the same direction as the OP photos but from an inland location. I have located his farm Harrimar, but was unable to pinpoint the exact location of the photo. Unfortunately, not every farm road there has been visited by a Google StreetView car.

Anyway, what a difference a wide angle photo makes. Next to other clouds in the sky, the row of jellyfish clouds appears less uniform and less "unnatural". A closer comparison with the OP photos show that actually the row is not straight with clouds in the middle being closer to the camera. They do not align well if the clouds at the ends are aligned: 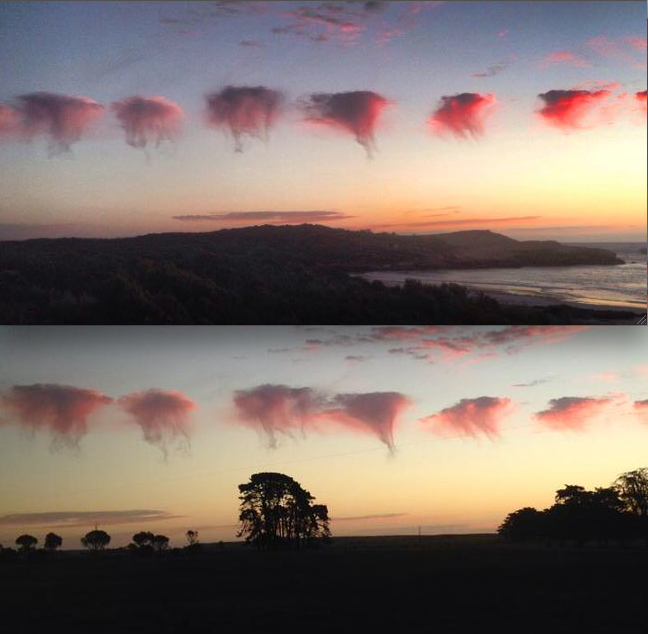 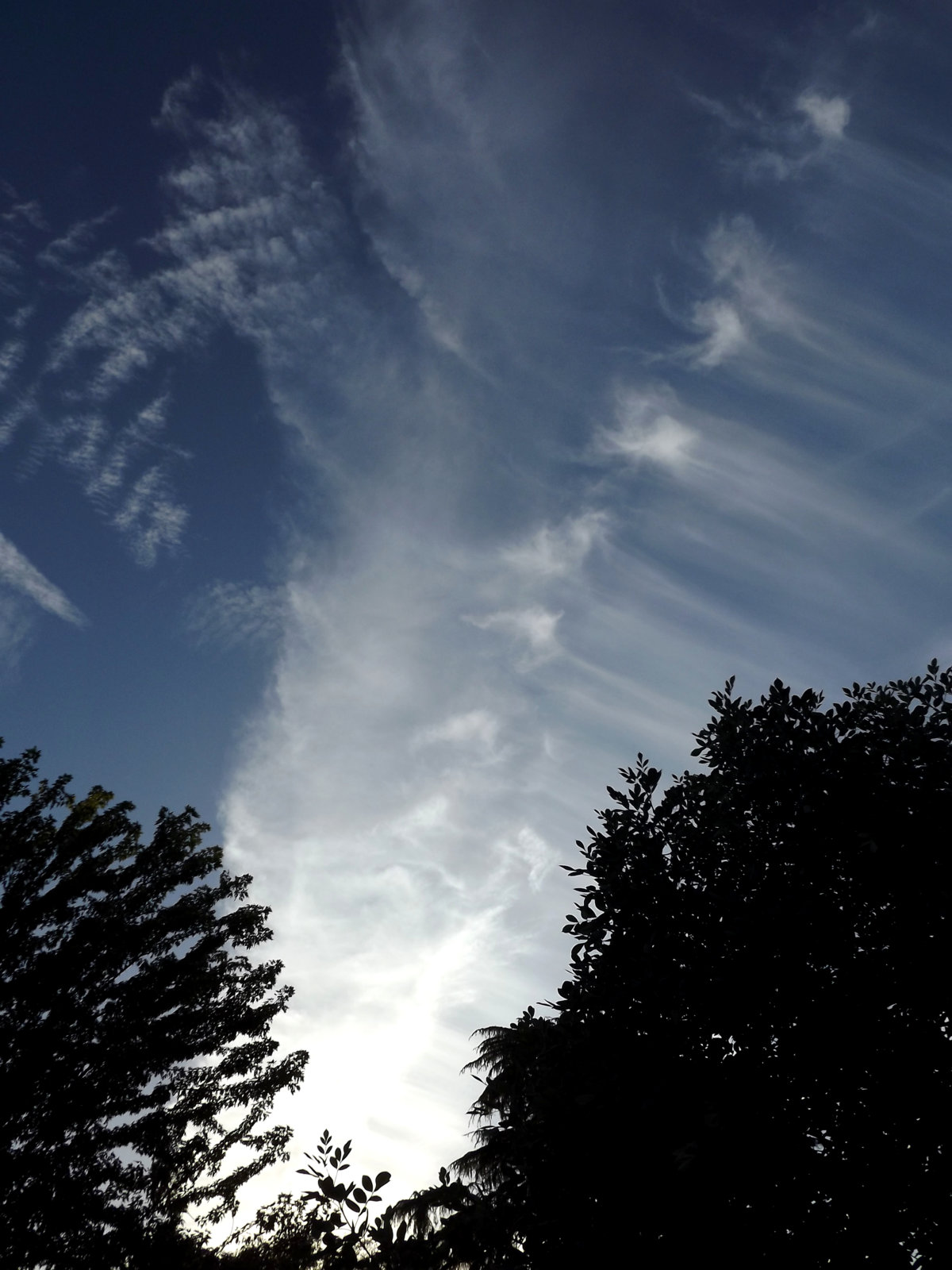