An acquaintance of mine (Jeffery Vallance), and a well-known artist, is presenting an exhibition....


Since the late 1970s, Jeffrey Vallance has been interested in paranormal phenomenon. When Jeffrey was growing up, tales of his two family members that were professional psychics surrounded him. In 1994 after the death of President Nixon, Vallance became interested in the story of the haunting of the Richard Nixon Presidential Library in Yorba Linda, California. For his first séance, Vallance worked with a psychic to channel the ghost of Nixon. At a more recent séance performance in London, Vallance had five psychic mediums channel five famous dead artists including Leonardo da Vinci, Marcel Duchamp, Frida Kahlo, Vincent van Gogh and Jackson Pollock. The spirit artists were asked a series of questions concerning art in the afterlife and the current art market. By the end of the performance, the spirit artists were arguing and nearly brawling with each other.

Prior, a year ago, in Los Angeles....
http://www.dazeddigital.com/artsand...warhol-from-beyond-the-grave-jeffrey-vallance

Now, this may be a "just for interest" gathering/event and art exhibition.
Artists are known to engage in provocative subjects as "spectacle", or for promotion, or perhaps tounge-in-cheek folly.
However, it will undoubtedly attract true-believers.
I see no harm....but I may attend the live event, for fun.


Although Jeffrey Vallance has been on the forefront of paranormal art for over three decades, he is Fortean who neither believes nor disbelieves, but like an anthropologist he reports on numerous phenomenon.
In conjunction with the exhibition, Jeffrey Vallance will do a new performance with legendary psychic Joseph Ross who will channel dead art critics to hopefully review the show. Date and time of the performance to follow. 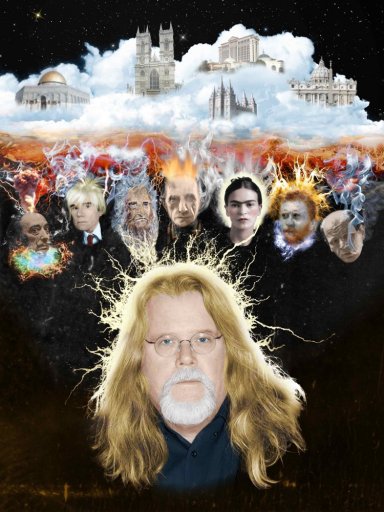