I stumbled upon a video " Who forgot to spin the Earth ": Source: https://www.youtube.com/watch?v=X-m8Wsg6Kuk

Time stamp 11 seconds on wards to a few more seconds we see a mini dish (I do not know what to call it) rotating very fast and the Earth is not in accordance. Where as the ISS feed sometimes shows from the particular cameras nearer that dish which is not rotating that fast but Earth is moving at a faster rate than it was in the video posted by the conspirator. The other videos of ISS feed show that dish rotating not as fast as in the first video but the Earth seems to rotate faster than the first one. Second video: Source: https://youtu.be/0trqrvQMvG8

Sorry, I could not find any other video which does not have that UFO stuff (in live ISS feed it did come up but you will have to wait) going on but it does show the dish rotating and you can see the Earth rotating out of sync.
Last edited by a moderator: Sep 13, 2017

Staff member
The rotating dish is the RapidScat antenna, which uses microwaves to measure wind speeds at the surface of the ocean.

The dish rotates at 18rpm, or one revolution every 3.3 seconds.

I must admit I am not seeing what you mean about the Earth's rotation being "out of sync". The footage from 0:11 in the video you mention is clearly sped up a great deal. It is a very wide-angle shot showing a large amount of the visible Earth, so of course the apparent motion seems very little.

Edit: see below, as @Mick West points out, they are different antennae. However it is also the case that the field of view of the two videos is quite different, as in this comparison: 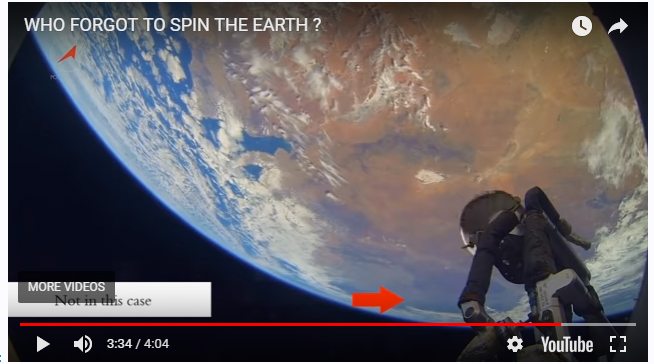 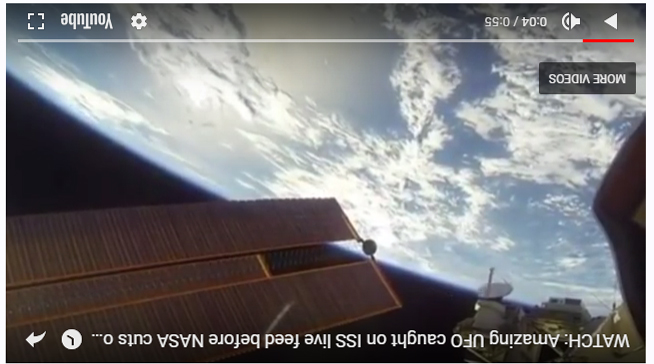 (I rotated one image upside down to match the horizon positions)
Last edited: Sep 13, 2017

FlightMuj said:
and the Earth is not in accordance.
Click to expand...

says who? where is the evidence that the Earth is not in accordance?

when you google the image 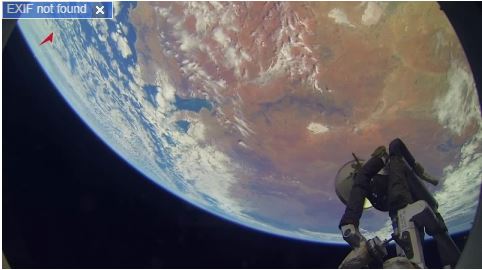 all you get is Russian links. It seems to be the ending to this TV show. ?? and the guy at the end is all sped up also. [edit add: Footage at 21 seconds is available in this link https://piter.tv/event/Den_kosmonavtiki/ ]

Staff member
They seem to be different antennas. This is the Rapidscat antenna: 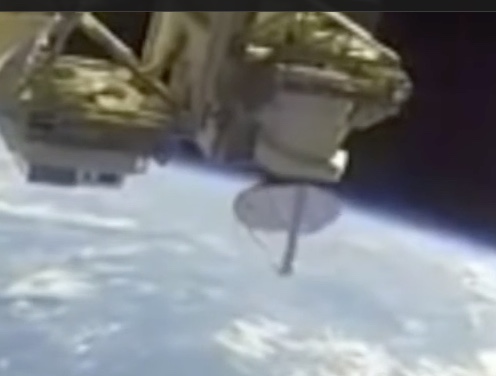 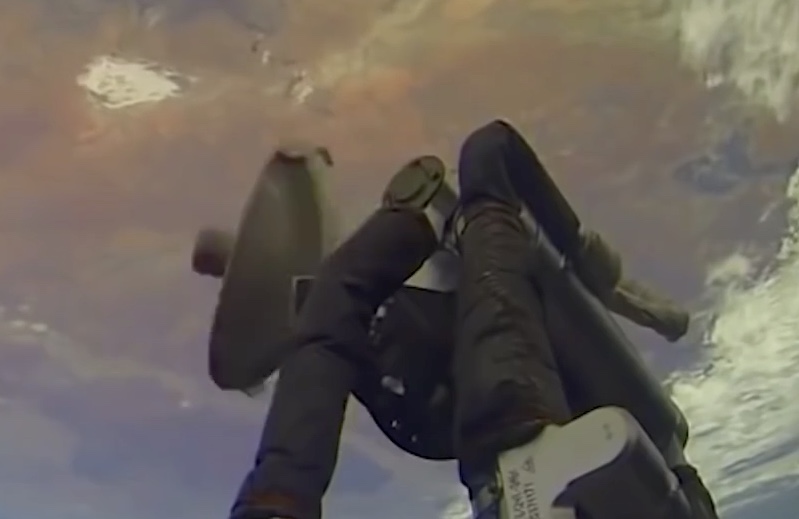 Mick West said:
They seem to be different antennas. This is the Rapidscat antenna:

apologizes.. I should have watched the video linked to my article, it was in Russian so I didn't bother.
I'm not sure what I'm looking at at 21 seconds in this video... but it's the same antennae. is this video taken from a transport shuttle? 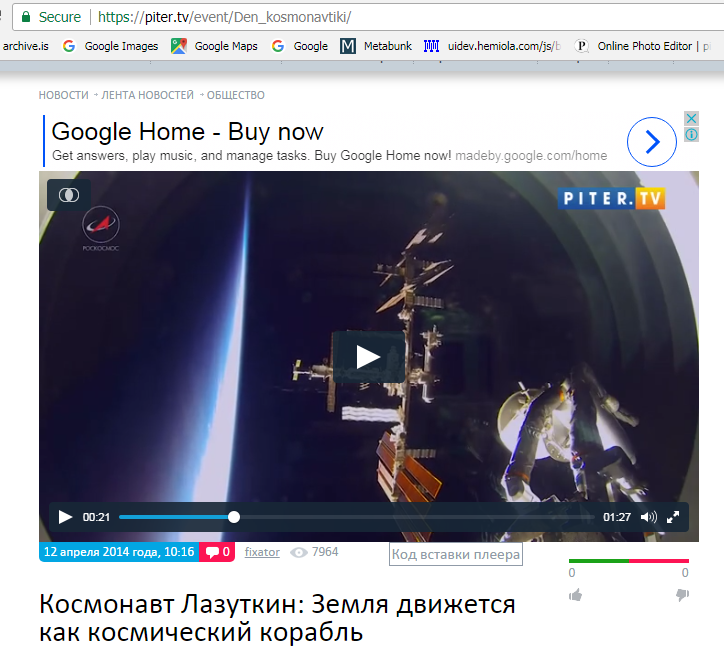 deirdre said:
I'm not sure what I'm looking at at 21 seconds in this video... but it's the same antennae. is this video taken from a transport shuttle?
Click to expand...

Staff member
I did think the antennas looked different but convinced myself it must have just been the angle.

So I take back what I said about the video being sped up. That appears to be the KURS rendezvous radar antenna on the Soyuz craft and it does indeed spin much faster than the RapidScat antenna on the ISS:

So, the fast moving antenna is the one on Soyuz ( KURS rendezvous radar), which means that the video I attached first was showing the Soyuz? Although field of view is also a reason the Earth's rotation appears to be different. The first video I attached, if you look closely it seems as if the dish's movement is looped. It jerks and stops (for way less then a second) and starts moving again very rapidly; you have to closely look, I am asking just for curiosity what is it?

Edit: I realized it was because I was looking at one of the video in 144p and the other in 720p and the frame rate was 13 and 25 respectively, which caused the antenna to seem to rotate faster and smoother in one and a bit jerky in other.
Last edited: Sep 13, 2017

deirdre said:
says who? where is the evidence that the Earth is not in accordance?
Click to expand...

I meant Earth's rotation seems slower, but the dish is rotating faster, but now I know it was the different antenna which I was mistakenly thinking of as the ISS's antenna.
You must log in or register to reply here.