Image of Jet on Geoengineeringwatch.org

In a recent article at Dane Wigington's Geoengineeringwatch.org, he displays this curious photo: 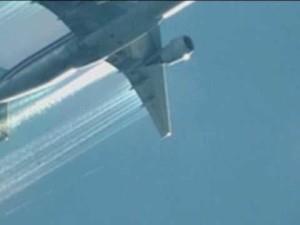 Why is this photo curious to me? Well, for one, somebody took the effort to capture a fairly good telescopic view of the plane, but judging by the image, you have to wonder why the shot only shows the wings and one engine. Hmmmmm....

I see what I would recognize as aerodynamic contrails coming from the wing trailing edges where you would expect them, and also from the flap track fairings, the protuberances along the trailing edge of the wings which covers the hydraulic mechanism and linkage which controls the main flaps.

Even with much of the plane not visible, you have the double-stripe livery of American Airlines. This is definitely not a KC-135 since they dod not have flap track fairings., but given the view allowed by Wigington, one cannot be sure it is not a DC/KC-
10 since that plane has a third tail mounted engine: 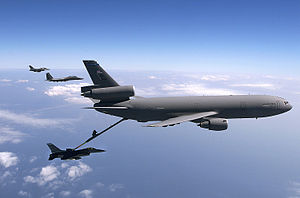 Now, I know that Dane Wigington has had a hard time admitting that his area has a large amount of commercial jet traffic. As seen in this thread, at first he claimed that he was not under any flight path at all, but it turns out that well over 100 flights per day pass over his area. It is likely that the vast majority of what he calls "spraying" flights are simply contrails from ordinary commercial passenger jets.

In fact, if Dane actaully had equipment to photograph planes like the one he showed above, there would be no question, if they were military jets spraying something, he would have the photos on his website showing hundreds every day. But he doesn't have these, he has a picture which looks as far as I can tell by what he shows as an ordinary Amercian Airlines passenger jet.

So, I downloaded the picture he had, and did a google reverse image search. What I found was that Dane is using an image which also appears on a video at youtube (see still image at 00:45):

Here is the complete image: 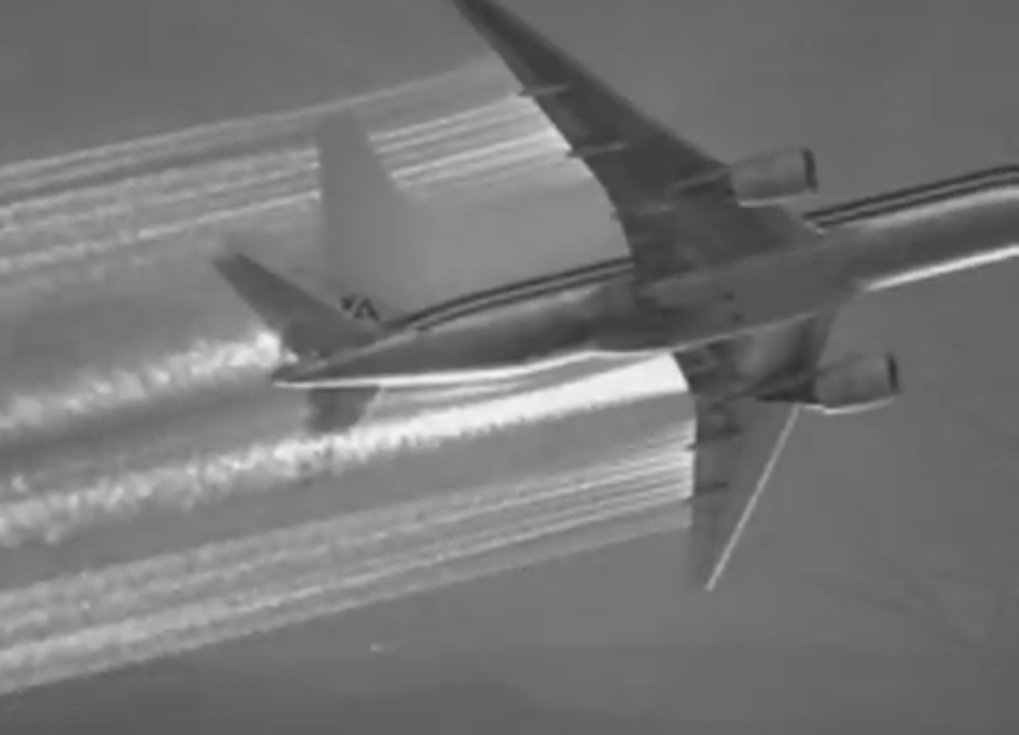 Now, with the complete image shown, you can see that it is definitely an American Airlines jet!

So, with this screen capture from the youtube video, I did another reverse image seach and found that the image dates back to a 2008 Daily Mail article about airline flight costs. Here is the original photo: 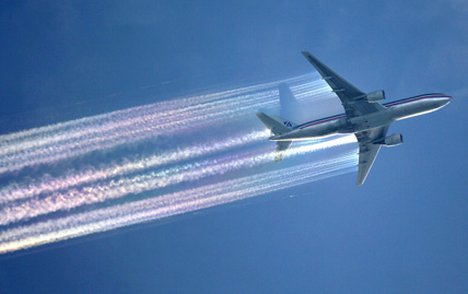 Now that we know that the image shows an ordinary Amercian Airlines jet featured for an article in a major newspaper, we have to ask why Dane Wigington chose to show only part of the photo and not research it's origins. Could it be that he needed a picture which might let the uninformed think it showed something sinister? Why didn't he bother to inform his readers of the origins of the picture? Why did he cut out the part of the image which shows it to be an ordinary commercial jet? Does he even care?

Ross Marsden said:
To be fair, the author of that piece is Michael T. Winter, and not Dane Wigington.
However, Dane Wigington needs to take responsibility for other people's misinformation that he publishes on his website (as well as his own misinformation).
Click to expand...

True, but that pic of the aerodynamic contrails was not included in the original article on Activist Post. The image and introductory paragraph were added by Geoengineeringwatch/Wigington.

Ah ha! It's looking more and more like Wigington's misinformation after all.
You must log in or register to reply here.

M
Why does the Gimbal shape change?
2