The reason for this is the plane is flying almost exactly perpendicular to the sun, so the contrail on the near side was in shadow. 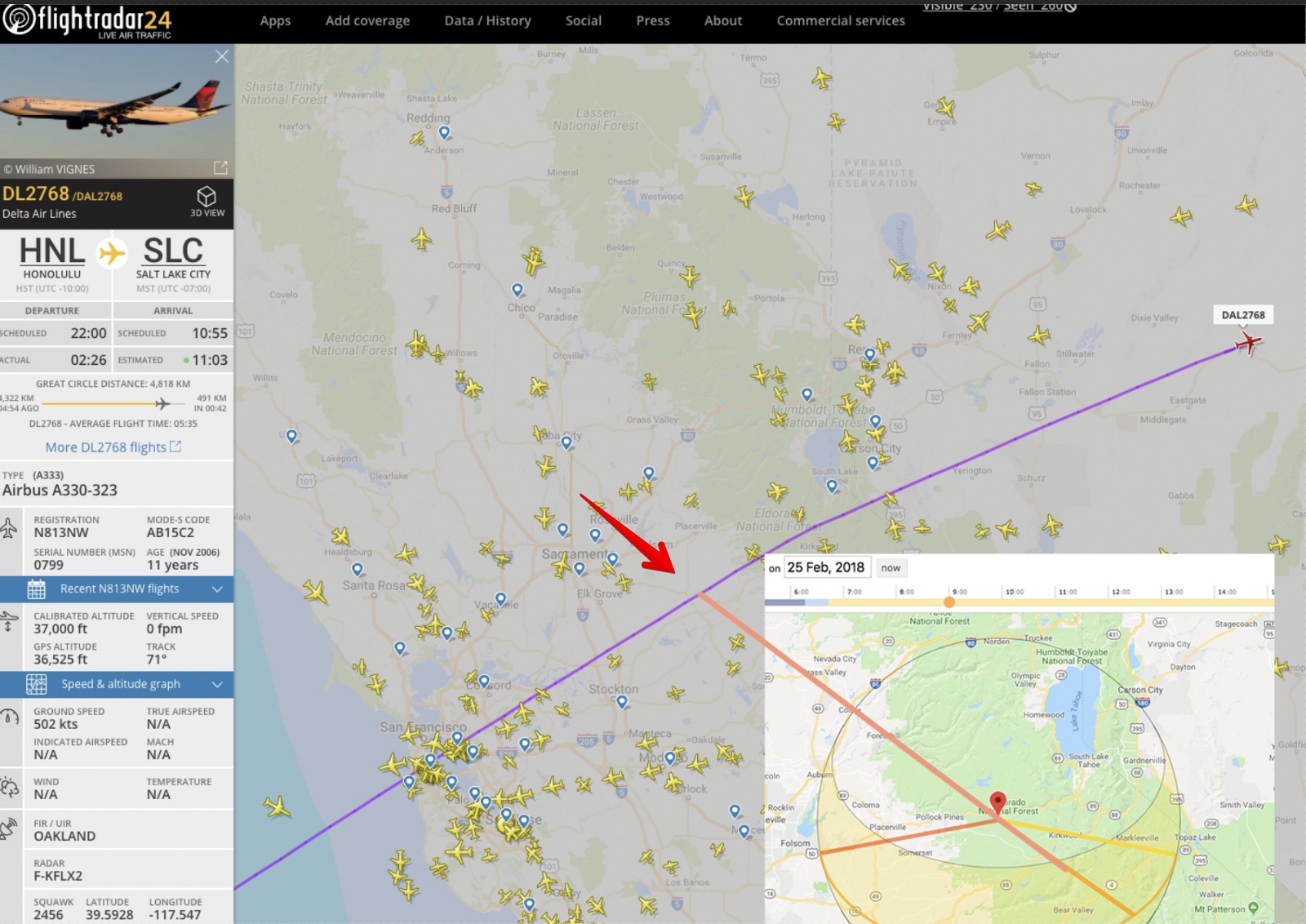 This effect is observed all the time, but I think this a particularly nice example due t the view angle. The dark contrail is in line with the fuselage, which is clearly visible. This makes it look even more like the contrail is not there.

In fact the contrails are exactly the same on each side. The real illusion here is the sense that the well lit contrail is opaque. It's just as transparent as the other side, but it's emitting a lot of scattered light. 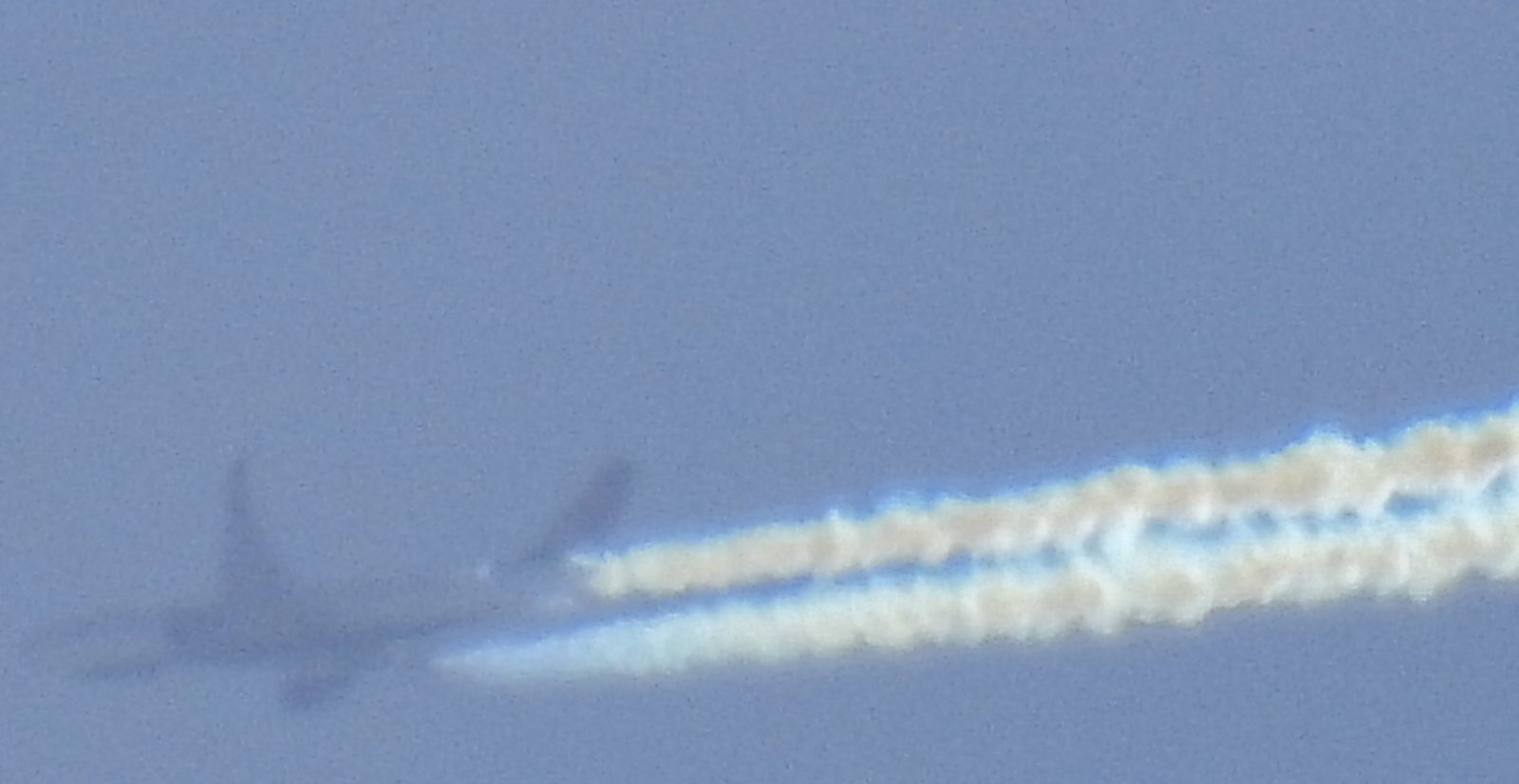