Staff member
From twitter we have some excellent photos of a contrail that, via perspective foreshortening, appears to be flying near vertical, and then making a rather sharp turn.

A bit of investigation (in the thread below) narrows this down to a private jet flying at 41,000 feet. The contrail looks somewhat vertical because it is flying towards the camera, but it's actually horizontal.


It looks like a regular contrail coming over the horizon towards the viewer, and then making a turn. While it looks almost like a 90° turn, it's more like 10° due to perspective foreshortening.

Staff member
Maybe something like ASA868? Seems too low and far away though.
[UPDATE: no, not this]

"LOOKS" like a very 'sharp turn', but it is always about perspective.

If I have a rod that is bent, and show it to a viewer who is FIXED in place, the angle of that bent rod will vary, depending on POV. 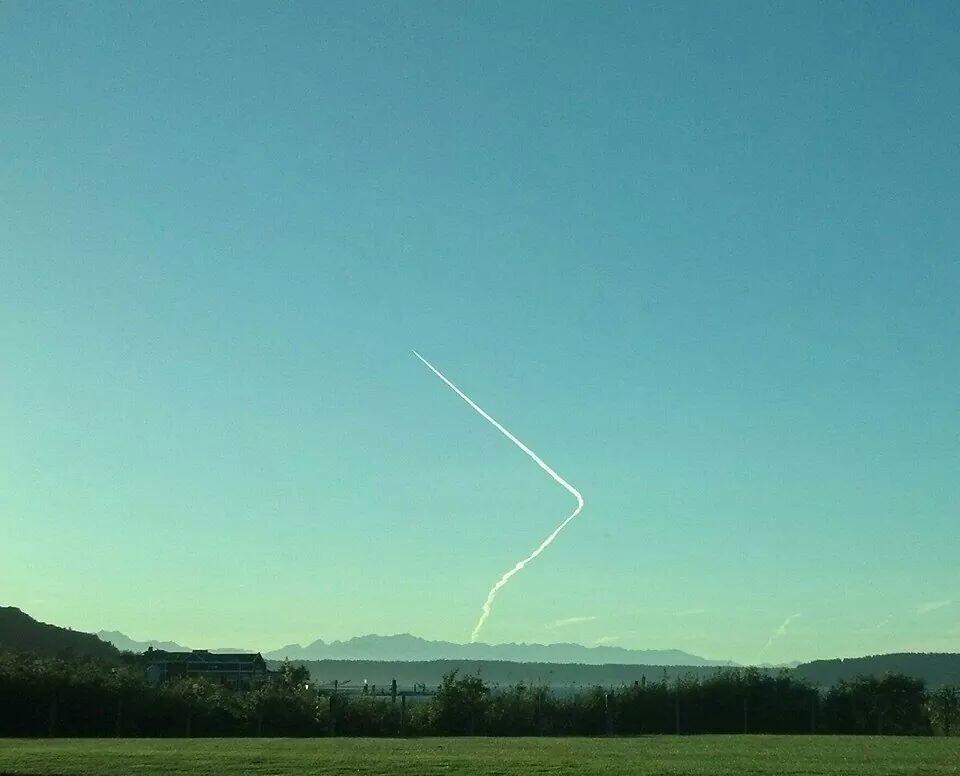 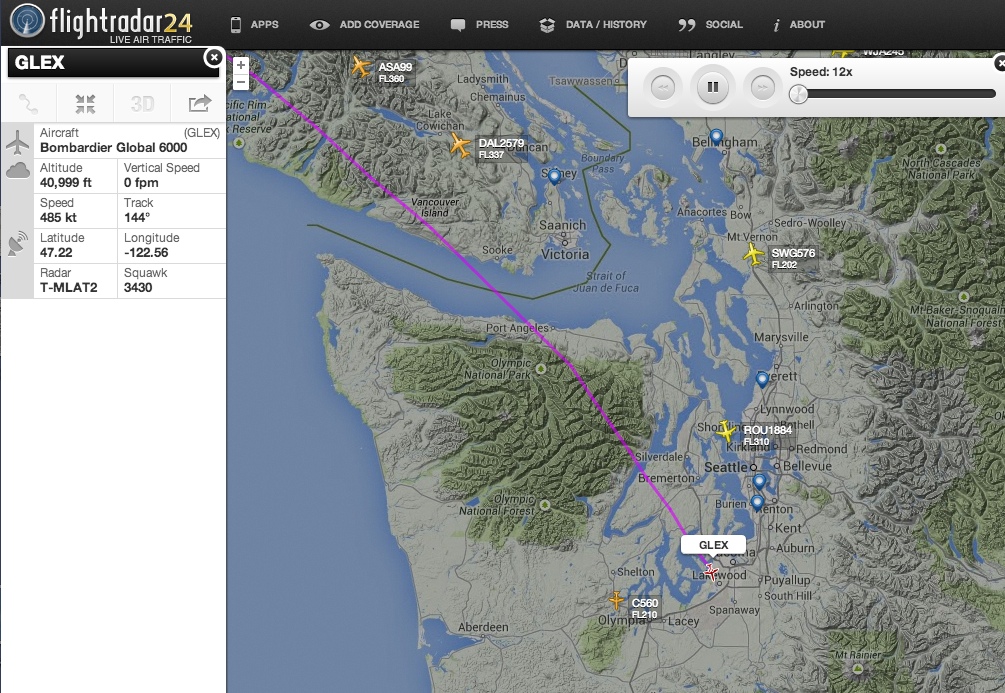 Filtering it for above 38,000 feet, this is the only flight that shows up. So if there are contrail condition above that level, this explains why it's the only contrail on a clear blue sky.

Staff member
Can't get the GPS track, but just eyeballing a line at FL410 matches very well, even with this very slight angle: 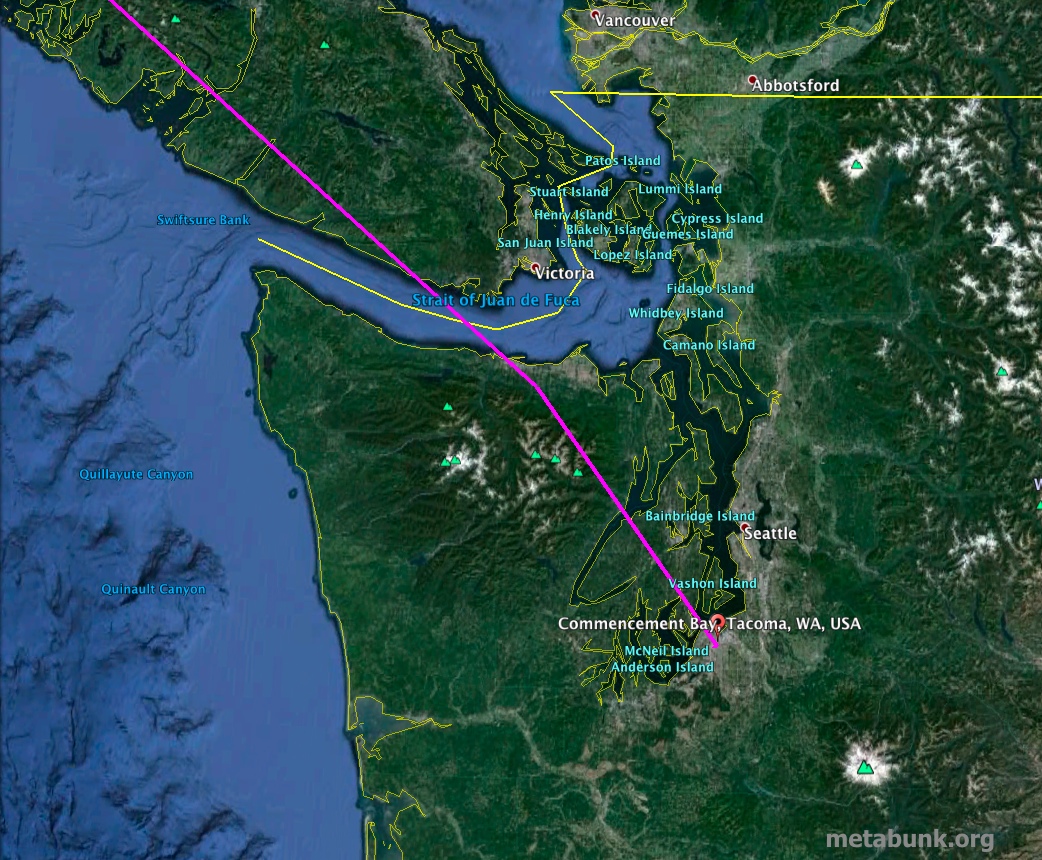 This is the view of this trail from the north side of Commencement Bay. Since the trail travel quite a lot with the wind, the shape of the trail will not match the shape of the track (track is shown here), so the actual view location might differ a bit. Also the two line segments shown he do not conform to the curvature of the earth, meaning they are a bit off in the middle. 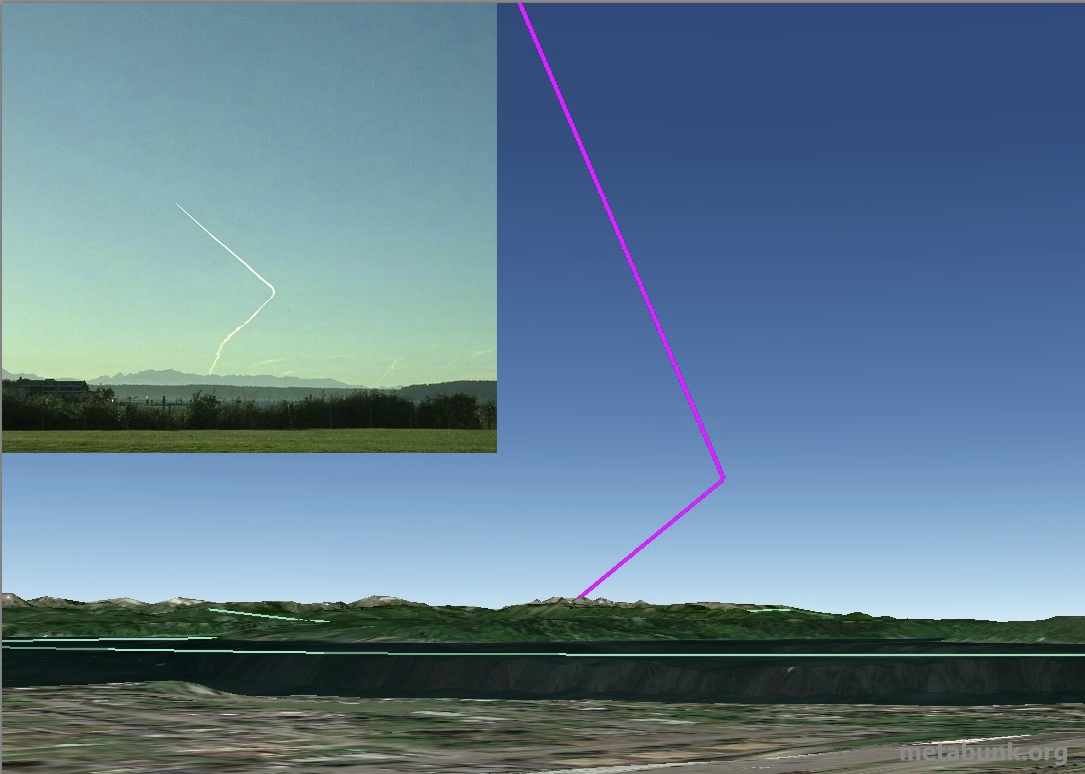 Coincidently, the Global is he plane I fly. And FL410 is sort of low for cruise. Usually we cruise at 45 or 47.

captfitch said:
Coincidently, the Global is he plane I fly. And FL410 is sort of low for cruise. Usually we cruise at 45 or 47.
Click to expand...

I suspect that was some kind of default. Perhaps just the FAA flight plan altitude?

Here's the incoming track. Looks like it went on the the Phoenix area. 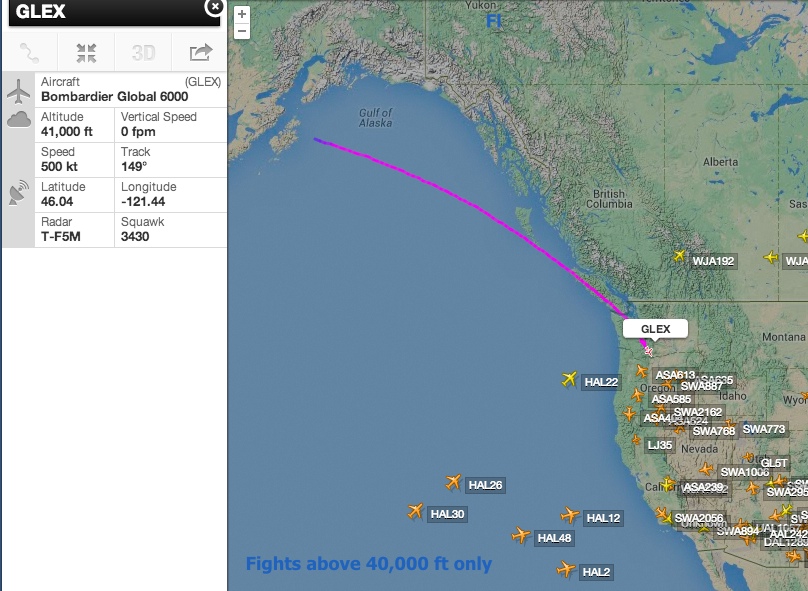 Oh I'm sure it's correct, it's just they chose a lower altitude. There are all sorts of reasons including fear of upper flight levels. Maybe a ride issue or they wanted to go fast and burn lots of fuel for some weird reason.

captfitch said:
There are all sorts of reasons including fear of upper flight levels
Click to expand...

What's the fear about?

It's too early for the actual bent contrail, however there's a possible early part of it. There are also some scattered contrails visible in John Olson's photo. 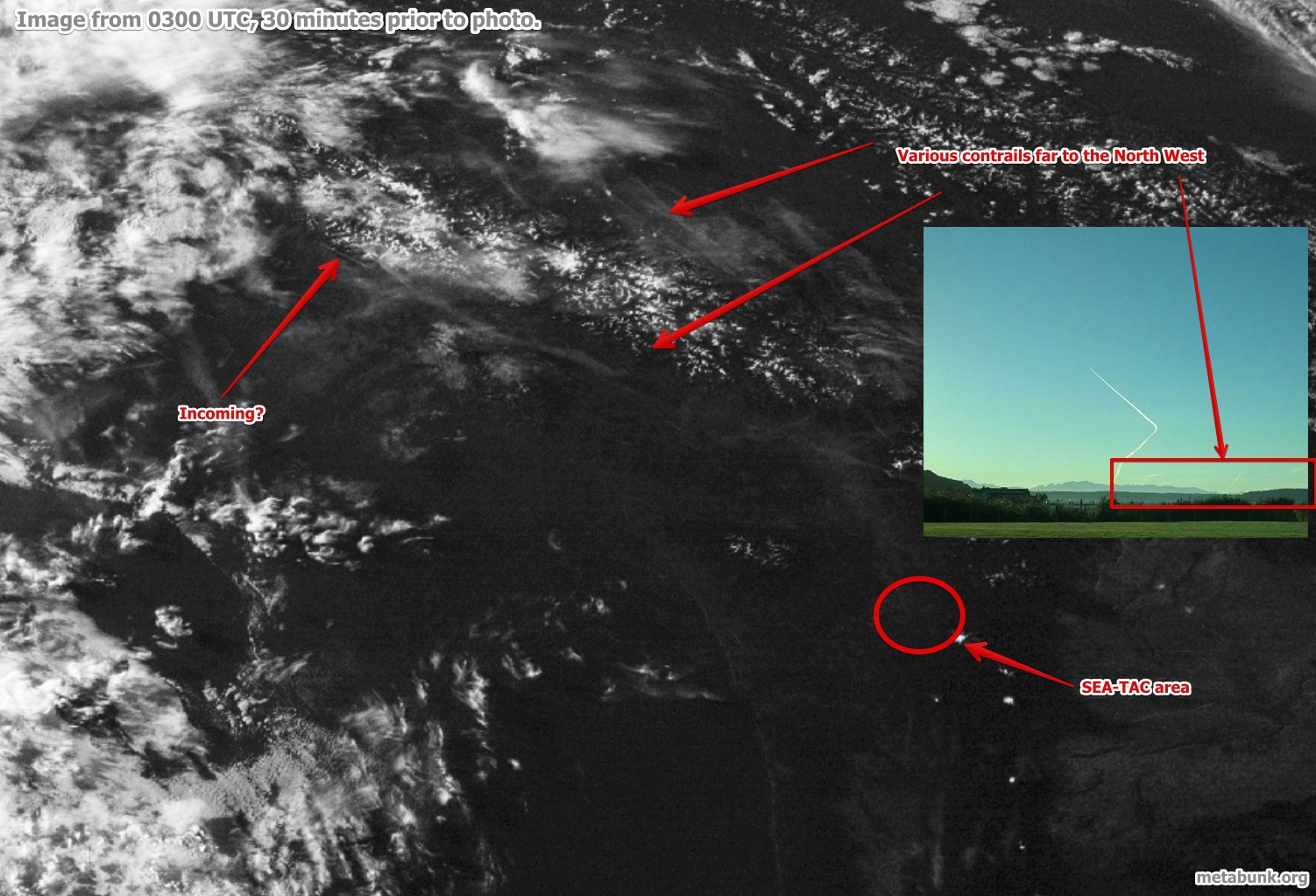 Mick West said:
What's the fear about?
Click to expand...

Well, it may not really be true but there's a perception that time of useful consciousness drops off very rapidly above 410. Some people just aren't comfortable dealing with the possibility of rapid decompression above that. I'll admit I get a little nervous at 470 but mainly because the aircraft is rather boxed in performance wise.
You must log in or register to reply here.