deirdre said:
I think most Truthers can tell that beams don't stretch like bubble gum.
Click to expand...

Relates to an interesting point raised on YouTube by Kirk Creelman.
Source: https://www.youtube.com/watch?v=a-DadyW-LR4&lc=UgyVfPrDcNrrbI1ZAmh4AaABAg

Also impossible to put a column in tension if it has weight pushing down on it. The building could not tip because the fulcrum would have already collapsed. I think people are used to thinking of wooden toy block towers. The toy columns are a million times stronger than their own weight. If you remove a corner block, the others support it while it it tips. However, if removing a few buckled the others under compression...

I'm not entirely sure, but I think this all relates to the staging of the removal of columns (i.e. they are done in stages, not "staged" as in fake). Perhaps best illustrated by fig 4.13. Consider these two failed columns in compression. 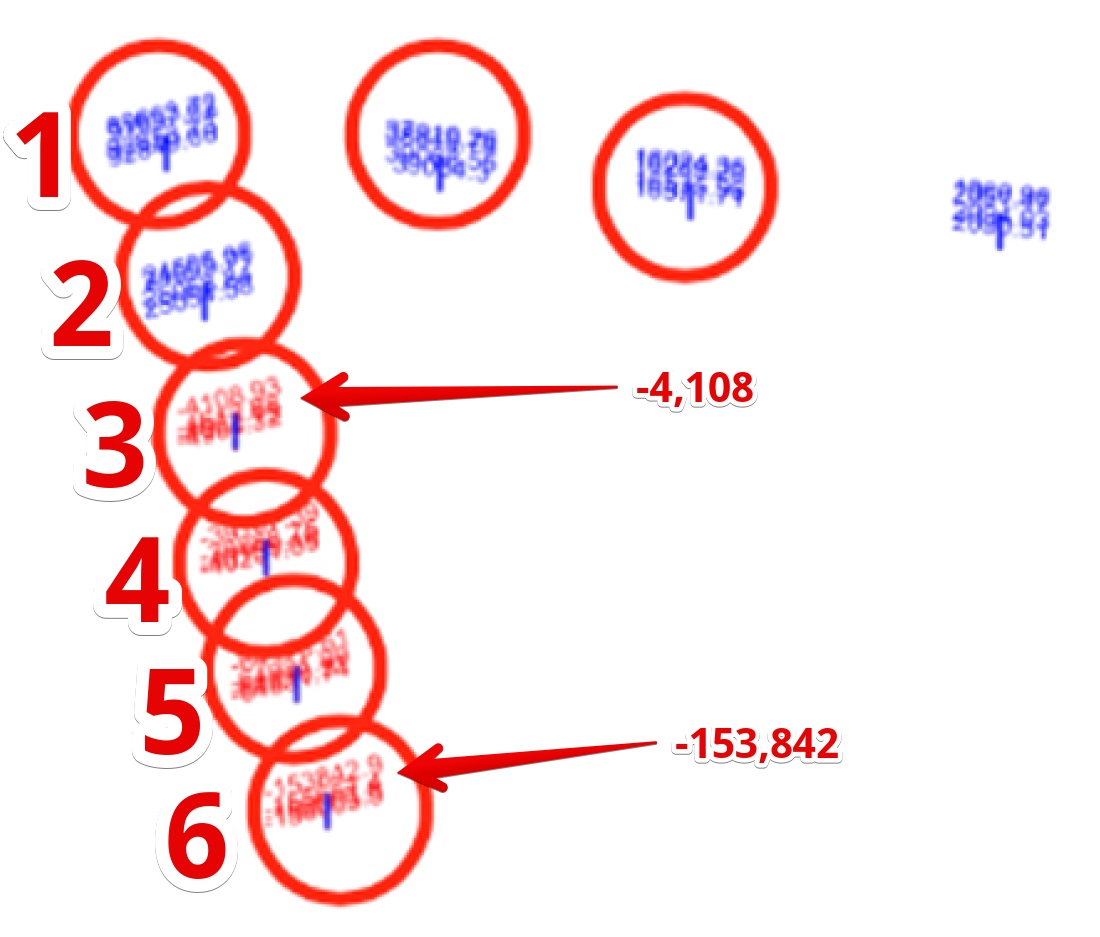 To be clear it seems like for the back columns to go into tension, it would require other columns (#6) to support 50x their failure load.

This illustrates a failure of their application of static analysis. as I understand it, static linear analysis takes an input state and calculates an output state - basically it you give it some masses and stiff springs in a position, and it will tell you what shape the structure settles into, and what are the loads at each connection. It jumps from the start to the end.

What if something fails along the way, something is overloaded or over strained? Well you don't know that until it spits out the static analysis result. So you run a SA, then remove what has failed, then run it again. Keep going until nothing fails.

That's not too bad if only one thing fails, or two things fail at the same load. But in this case #6 should have failed LONG before #5, which should have failed long before #4, etc. Instead, all those columns stay until the end of the SA, acting as fulcrums, allowing the front of the building to dip down, and raising up the back. They briefly act like impossibly strong columns, up to 50x as strong as they actually are.

Even simpler: if multiple members fail in a static analysis, then the order in which they fail is very important.

Even simpler again, this could happen with just one column. If something is pivoting, then you can't calculate the compressive load on the fulcrum and the tensile load on the back column simultaneously, because the point at which the fulcrums fails determines how much it can tension the back.

Simplest - if your building is actually tilting, don't use static analysis. It won't work.

This all might need another video.
Last edited: Sep 24, 2019
You must log in or register to reply here.