How to use the refraction approximation in the metabunk curve calculator

Mick's refraction simulator is well-suited for examining shots of distant objects made possible by temperature inversion. However it is a complex visual tool, and usually I just want the "Refracted Hidden" number from the curve calculator. This requires estimating the temperature gradient, but I haven't yet seen a discussion on how to do this.

During a common case of temperature inversion, warm air over cool water, the temperature gradient can vary greatly near the water, yet the refraction model reduces it to a single number. Could the model even produce a reasonable result in this situation?

I've been obtaining decent answers from the curve calculator using the following estimate:


(temperature gradient) = ((air temperature) - (water temperature)) / (visible height of target)​
I will provide the rationale later, but for now let's test it out.

Blackpool to Snaefell, Isle of Man

A shot from a previous thread with increased contrast: 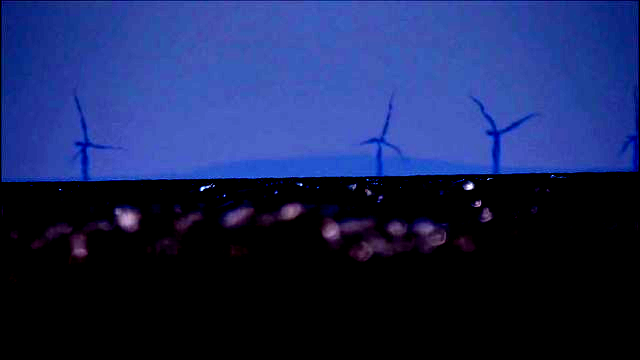 65 miles away; viewer height of about 6 inches. Profile taken from the one Mick posted:

Also from the Blackpool thread: 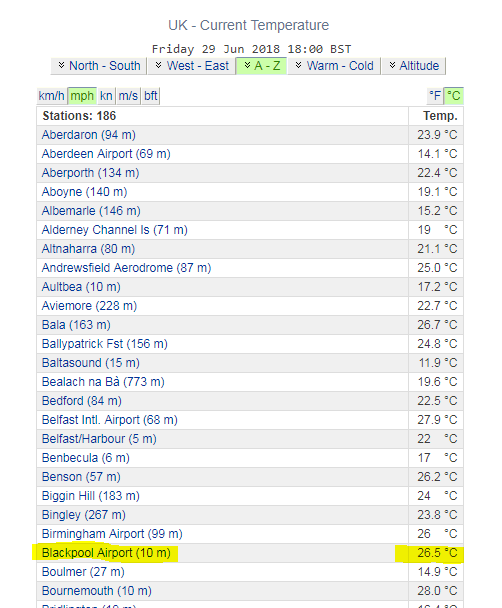 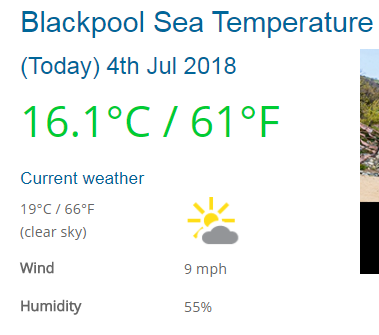 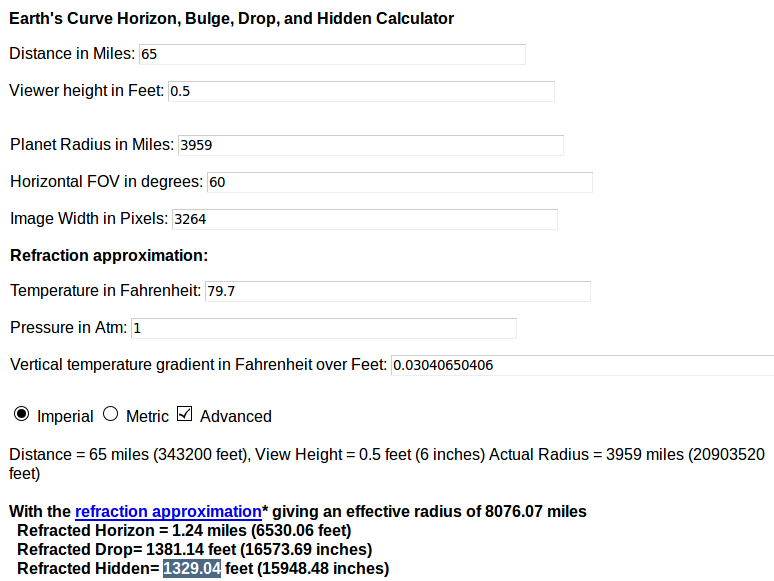 Liverpool to Snaefell, Isle of Man

Picture from a relatively recent video:

I don't quite see the valley on the right of Snaefell this time. I estimate the horizon to be about 55 pixels down in the profile, which translates to (55/248)*2034 ≈ 451 feet of the mountain showing.

Unfortunately there is no time stamp apart from the upload date, 29 August 2019. Liverpool had a warm spell the previous week. 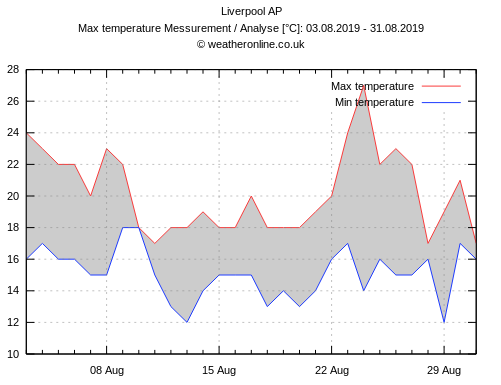 Let's say the temperature was 20C = 68F when the video was made. Sea temperature: 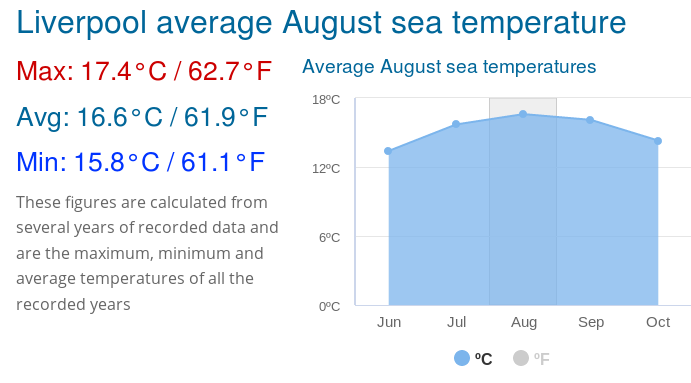 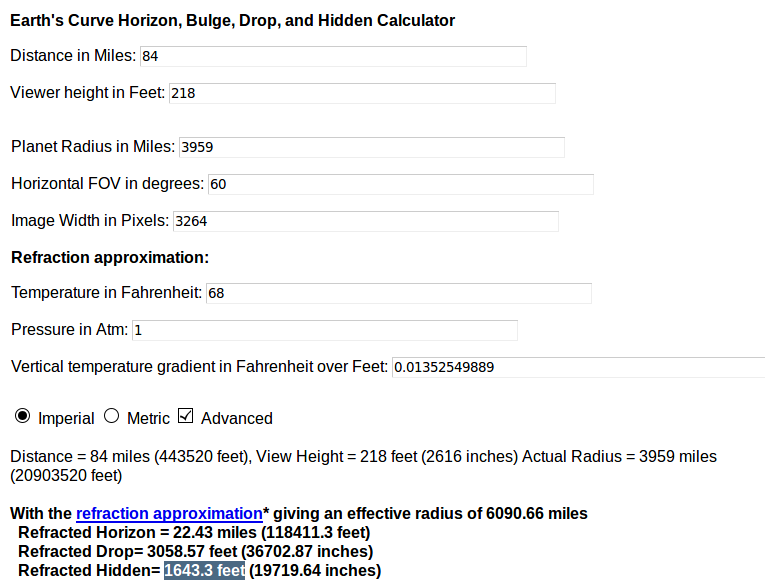 Picture from a previously discussed video: 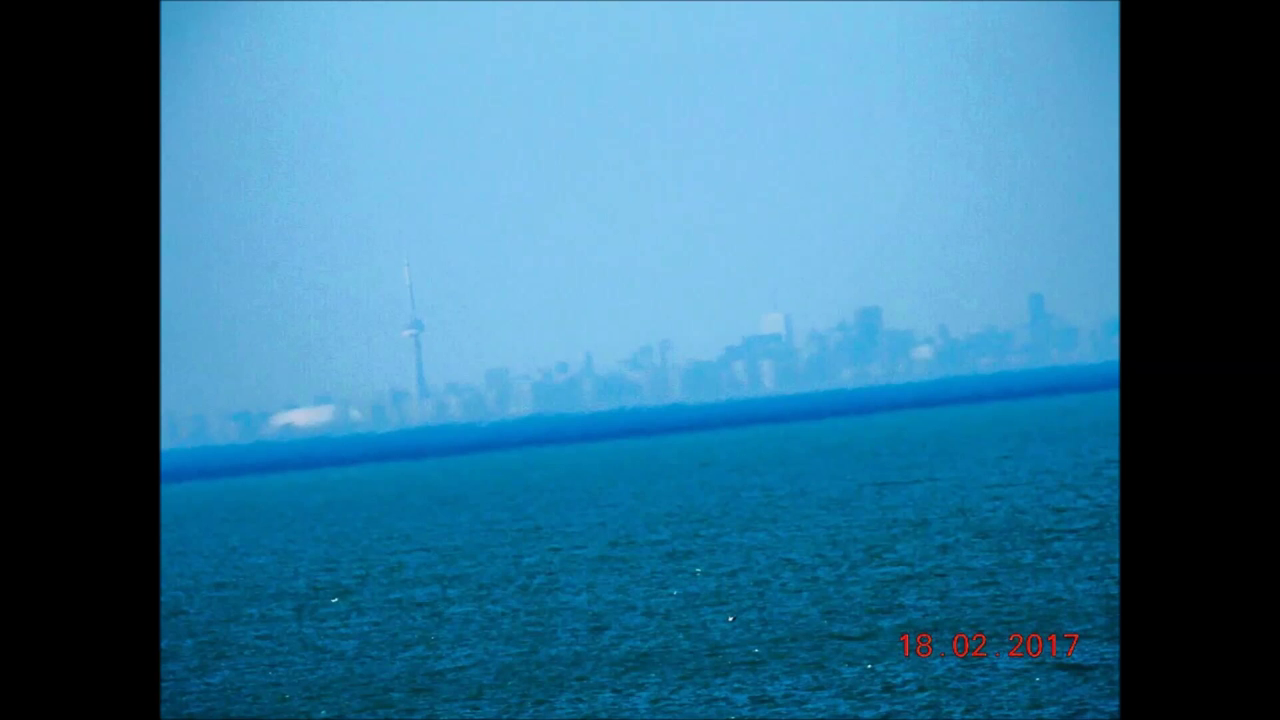 At 1:07 in the video, the long shadows coming from the west indicate late afternoon, about 55F: 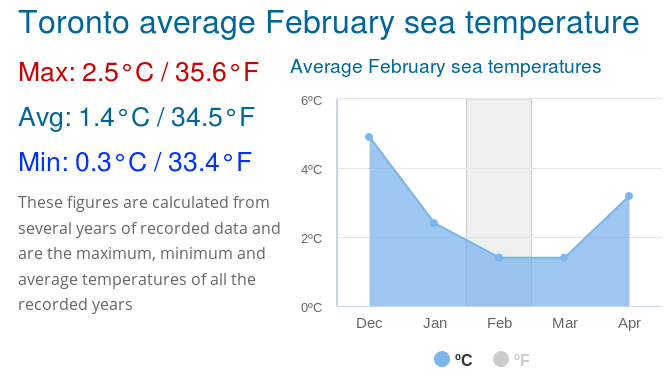 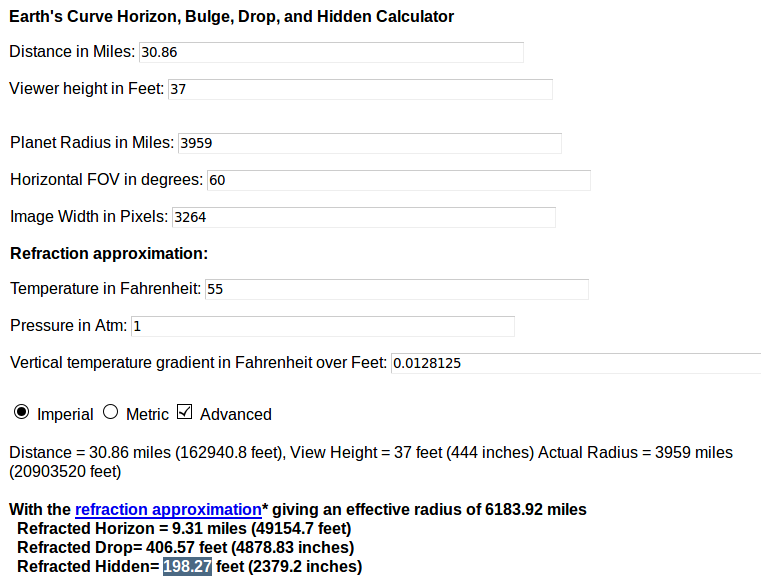 Viewer is on the left; target is on the right. Assume warm air and cool water.

Although the temperature gradient is constant in the refraction model, in reality the gradient is much higher near the water. However if we are only concerned with the highest point on the target then it's not so bad to spread the gradient evenly from the horizon to the top of the target, like spreading a lump of butter over bread.

Why use the visible height of the target instead of its actual height? Since the most significant refraction takes place near the horizon, we want the model to capture that aspect. Consider a very tall target that is barely peeking above the horizon. Close to the horizon the refraction is greater, but this will not be reflected in the model if we spread the gradient across the actual height of the target, resulting in a small gradient.

In this method for estimating temperature gradients, shorter targets are naturally assigned higher gradients. This comports with shorter targets being stretched in comparison to their taller counterparts, as shown the shot of Toronto.
Last edited: Sep 24, 2019
You must log in or register to reply here.