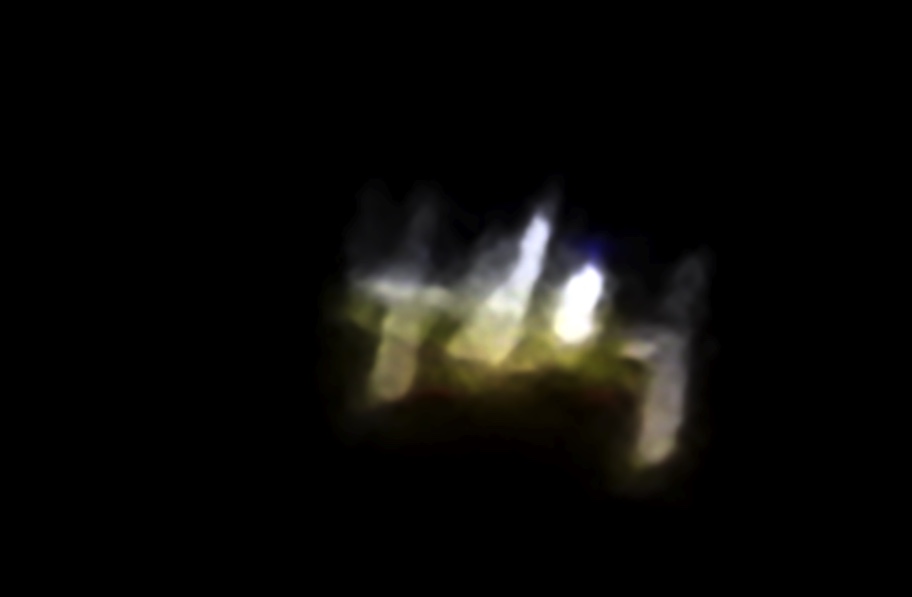 In case someone else want to try the same thing, here's ALL the settings and procedures


Things to consider
When and where?

You can find out when it's going to be visible by subscribing the the NASA "Spot the Station" site, which can email you whenever there's going to be a good flyover, or just give you a list of all upcoming times when it will be visible, for example, near me:
https://spotthestation.nasa.gov/sig...ion=California&city=Cameron_Park#.V0x_X5MrLmE 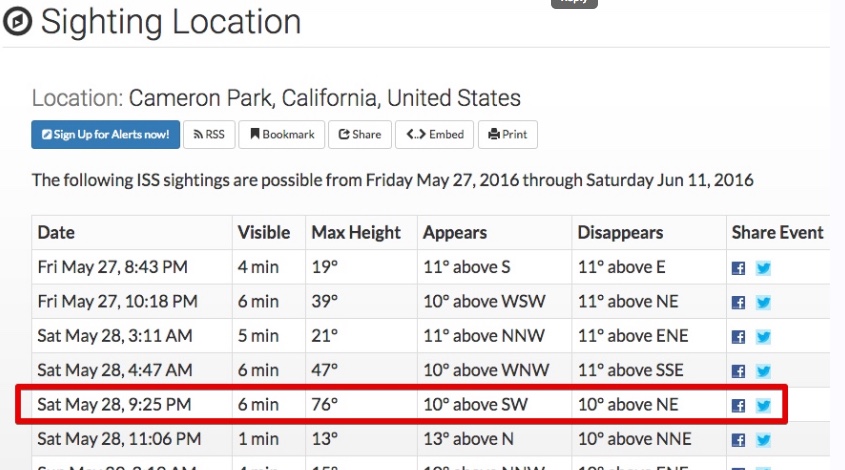 This shows (in red) the time of the flyover. The 9:25 time is when it is first visible over the horizon (10° above South West). It starts out as a disappointing slow moving dim dot, but quite quickly gets higher, brighter and faster. A "good" sighting would be anything over 45° Max Height, but the closer to 90° the better.

You also need to position yourself so you have a clear view to where it will "rise", so you can see it coming.

You will end up (hopefully) with photos like this: 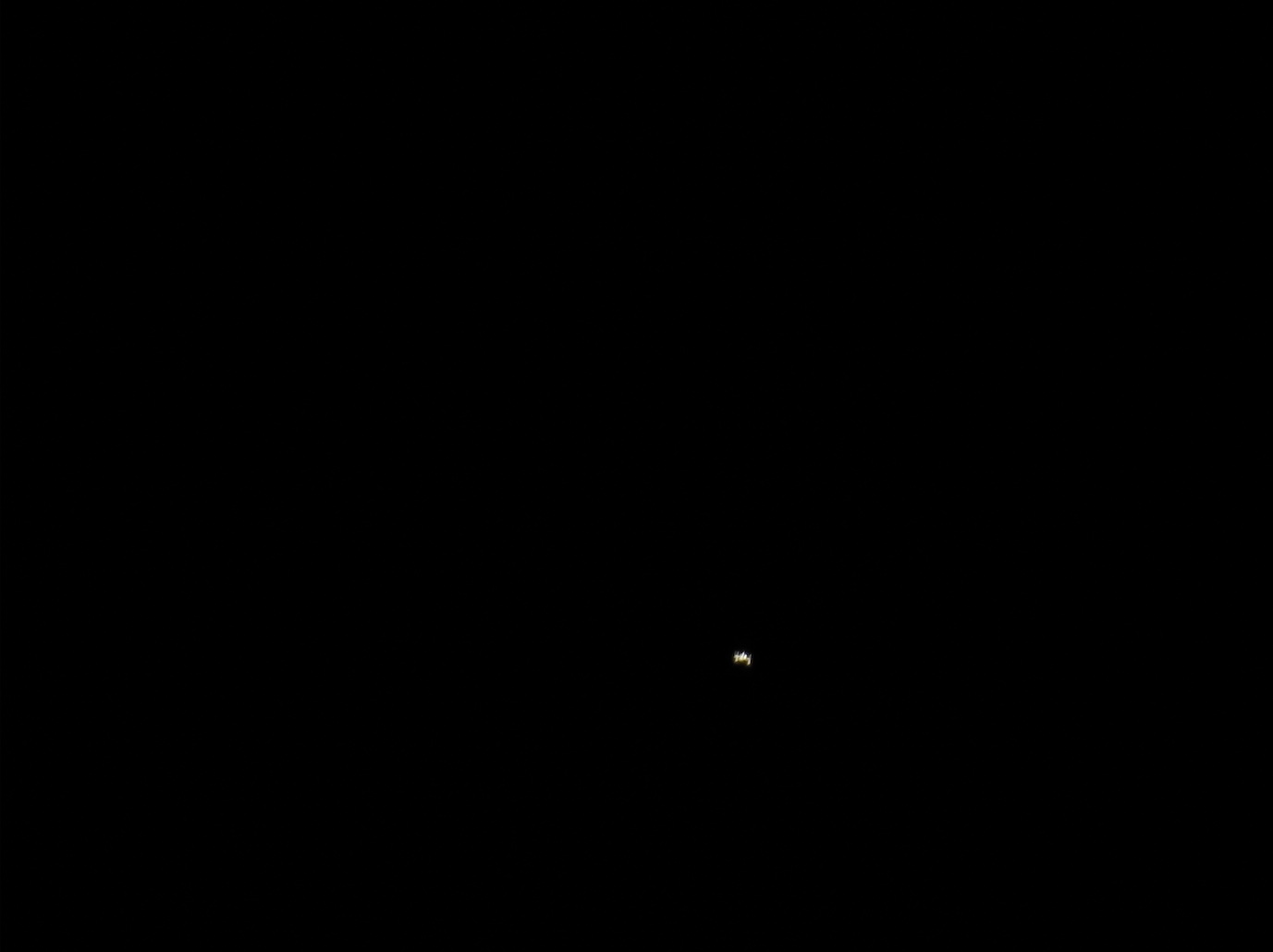 You will need to crop and enlarge them. Just enlarged to actual pixels it looks like: 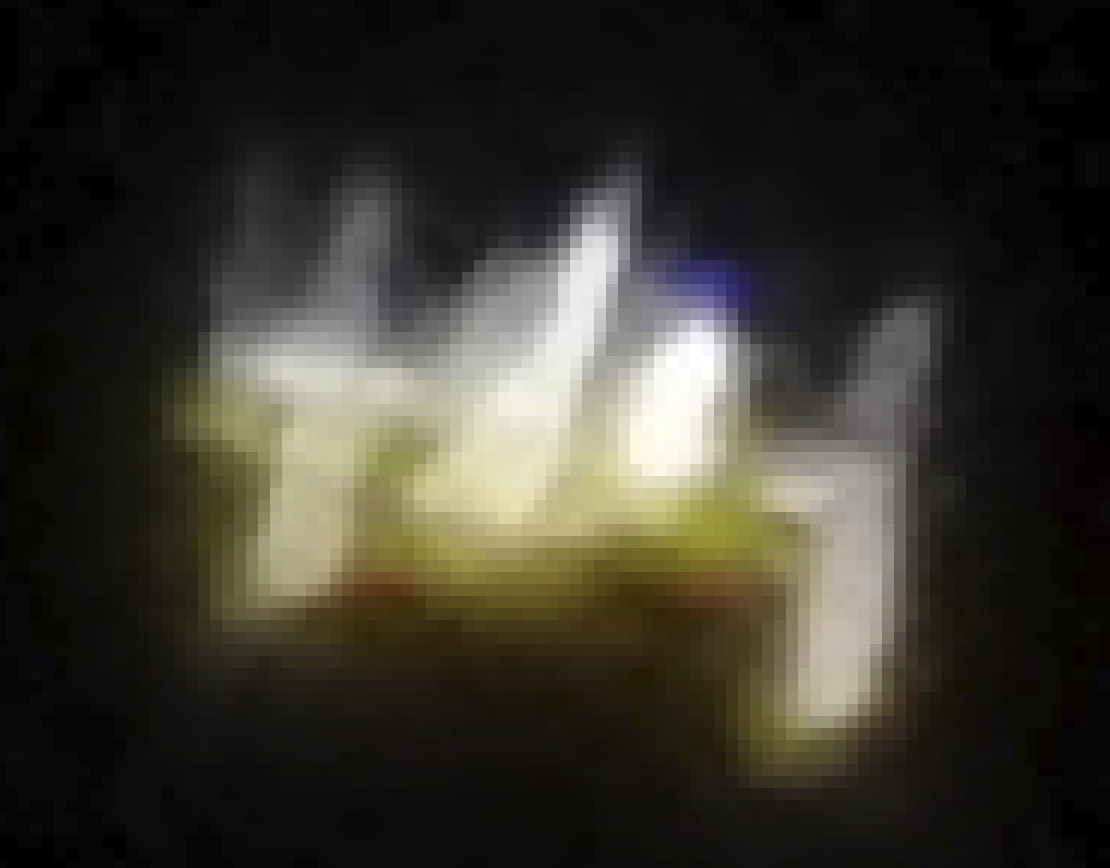 You can remove the blockiness by increasing the resolution to 400% 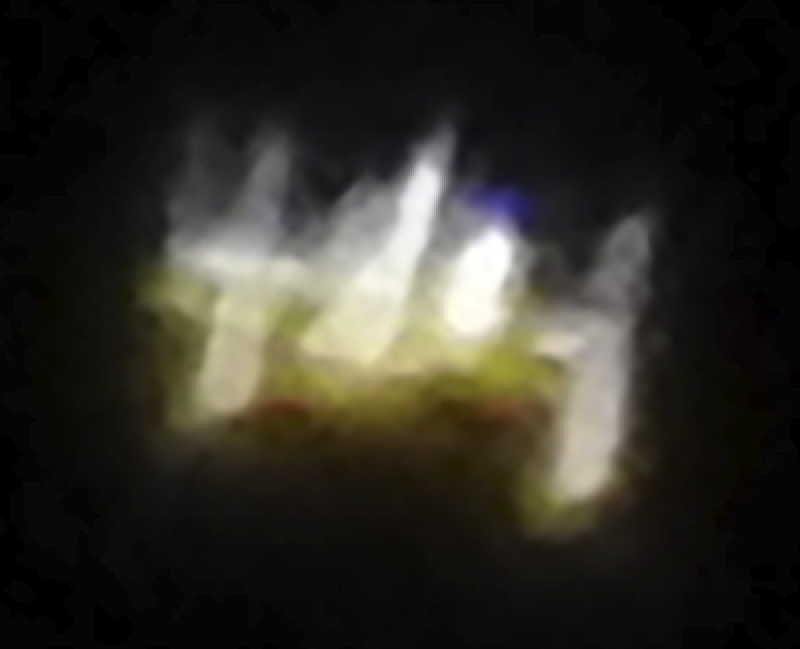 Then you can fiddle with it until it looks good. 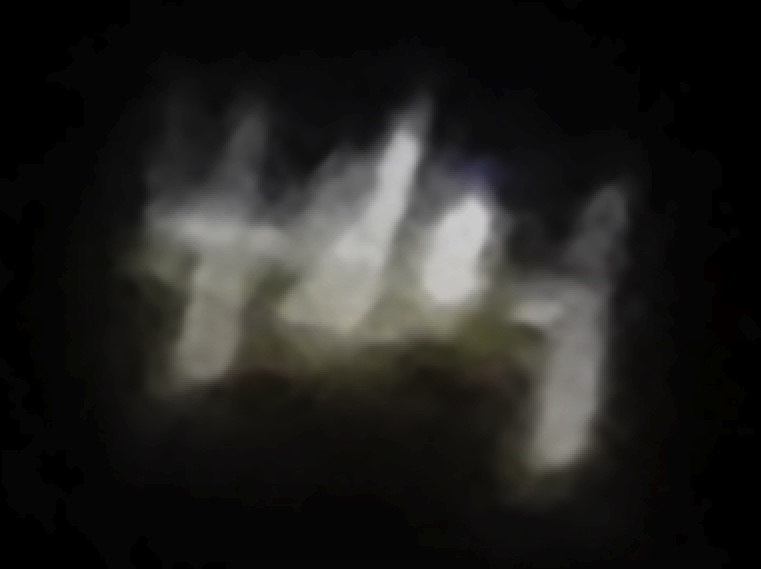 Have a look at other photos to see what you are looking at. Here's a comparison with a photo taken though a telescope: 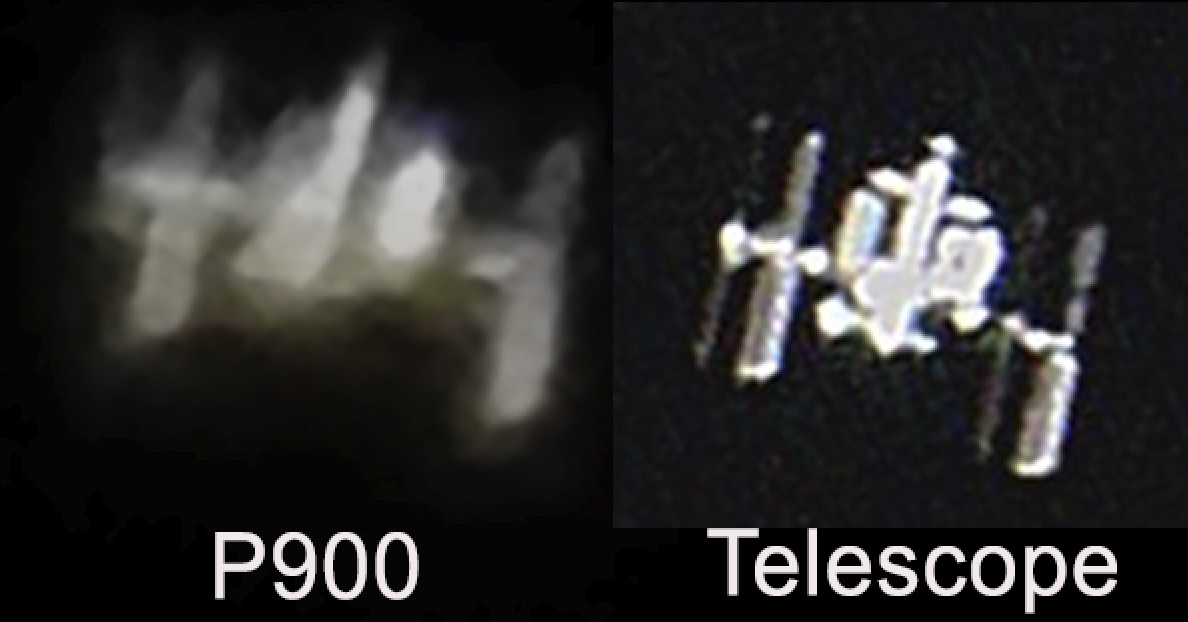 The shape of the ISS varies a lot, depending on your view angle, the position of the sun, and the configuration of the solar panels. Here's a better telescope image, but with the body at a different angle. 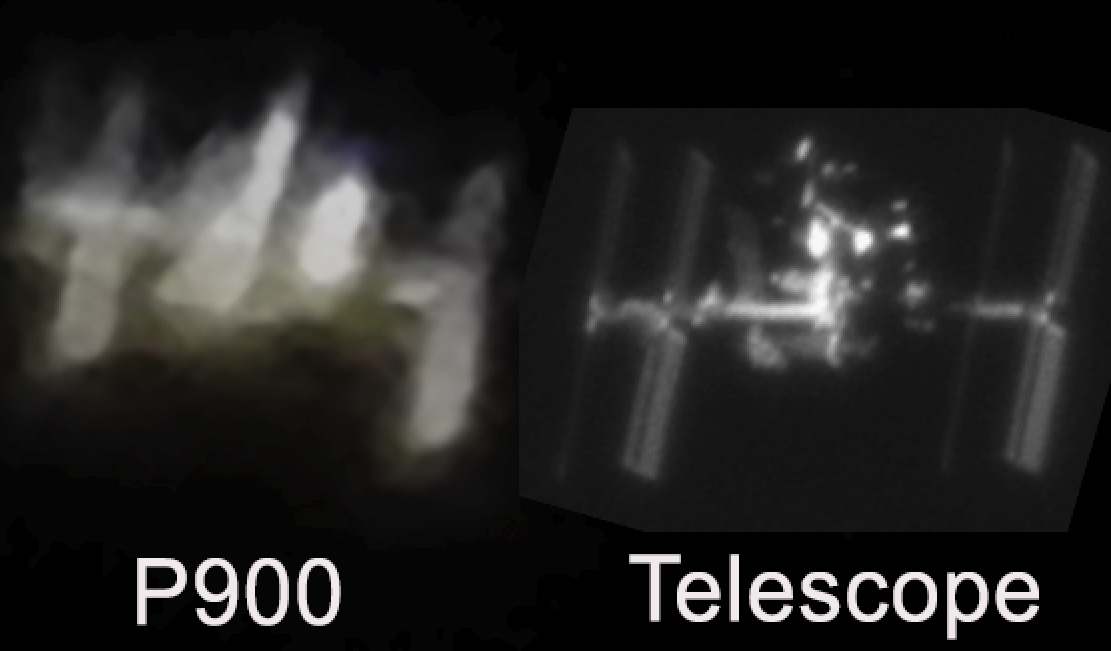 Vandeburg's telescope is significantly larger than a P900: 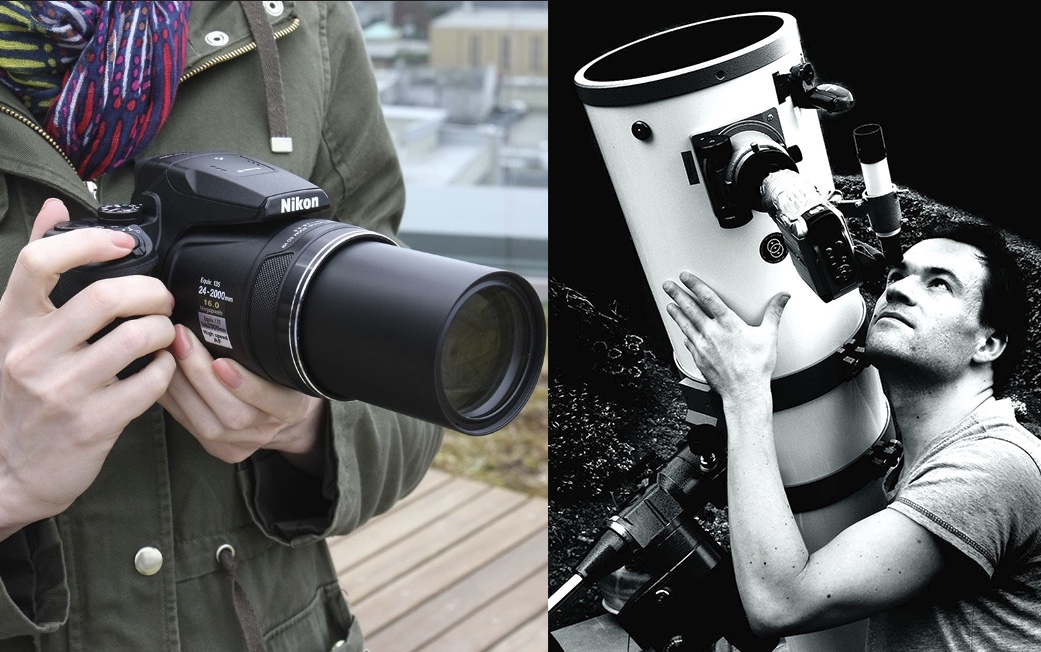