How far away is that contrail observer?

A bit of a twist from the usual ground based observation. Yesterday whilst flying over Australia I had my tablet navigation program going and it was interesting to observe landmarks passing and note their distance. Invariably they were further away than they looked.

This first photo was taken approaching Port Hedland on the NW coast of Australia and shows a prominent ridge line. 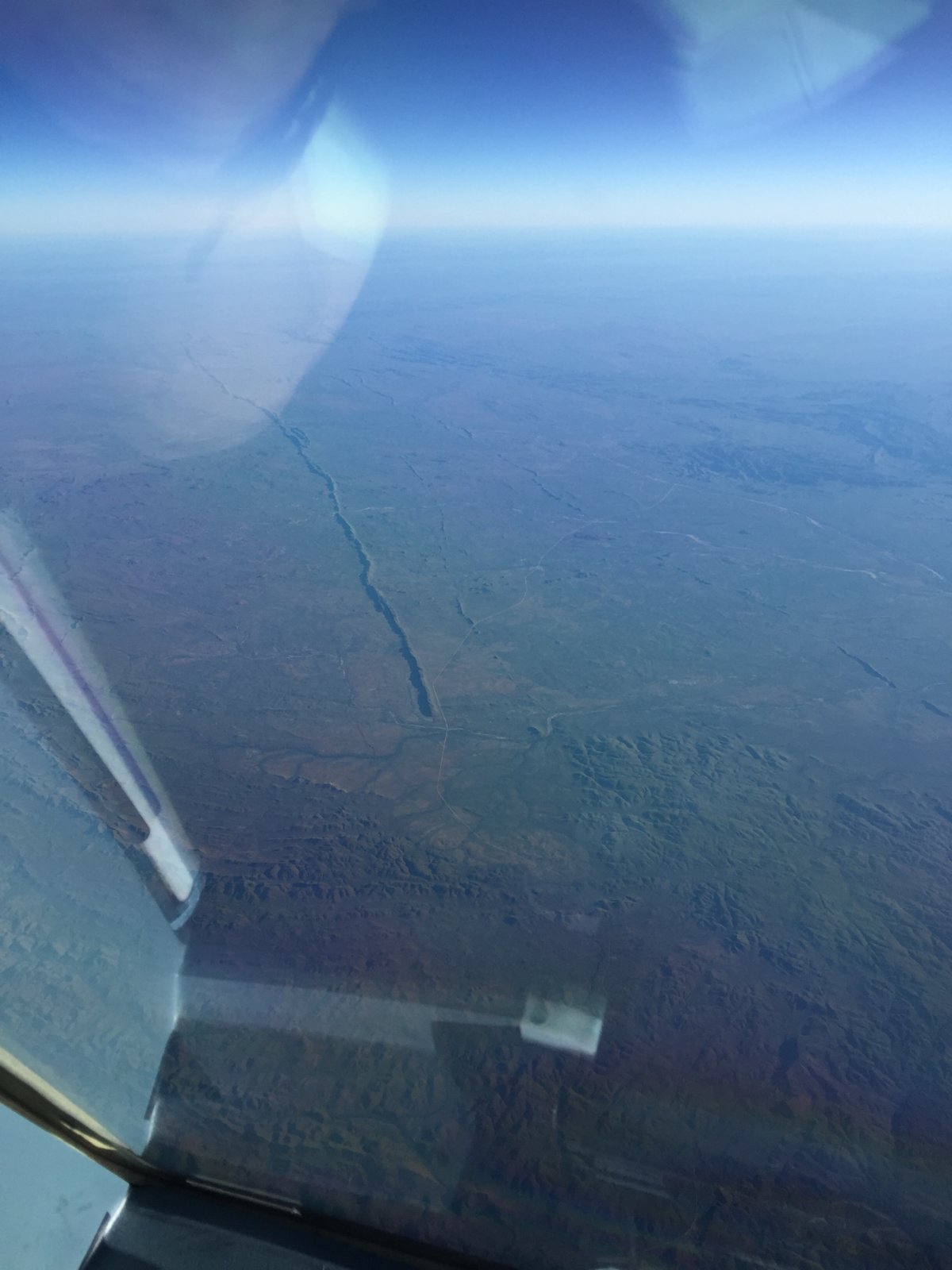 The navigation program throws a 10 nautical mile ring around the aircraft. The start of the ridge is circled in this image. 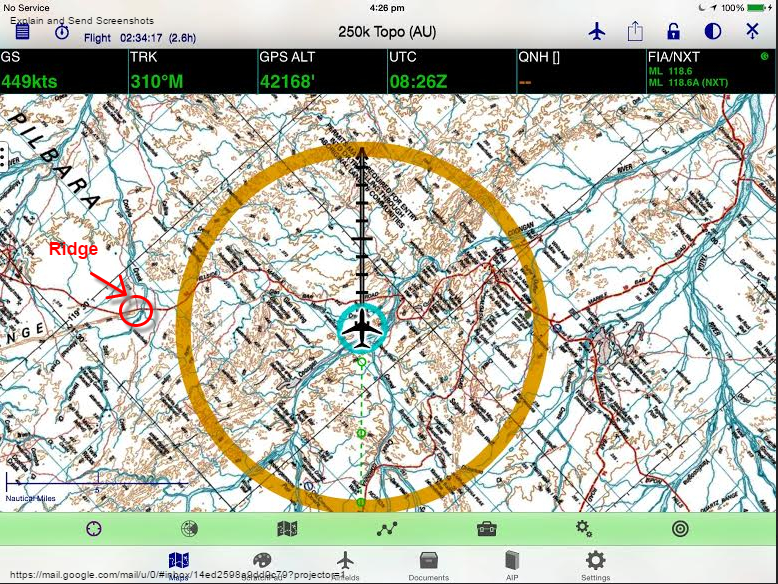 So the ridge is is a little over 12 NM away. This is approx 14 statute miles or 23 kilometers. Roughly the length on Manhattan Island. The cutoff point, meaning the least distance that can be seen from the normal seating position at this altitude, is inside the gorge near the road at the bottom of the photo... about 5 miles from the aircraft.

The second photo is taken over Port Hedland itself; looking towards the south. The prominent island is De Puch Island. 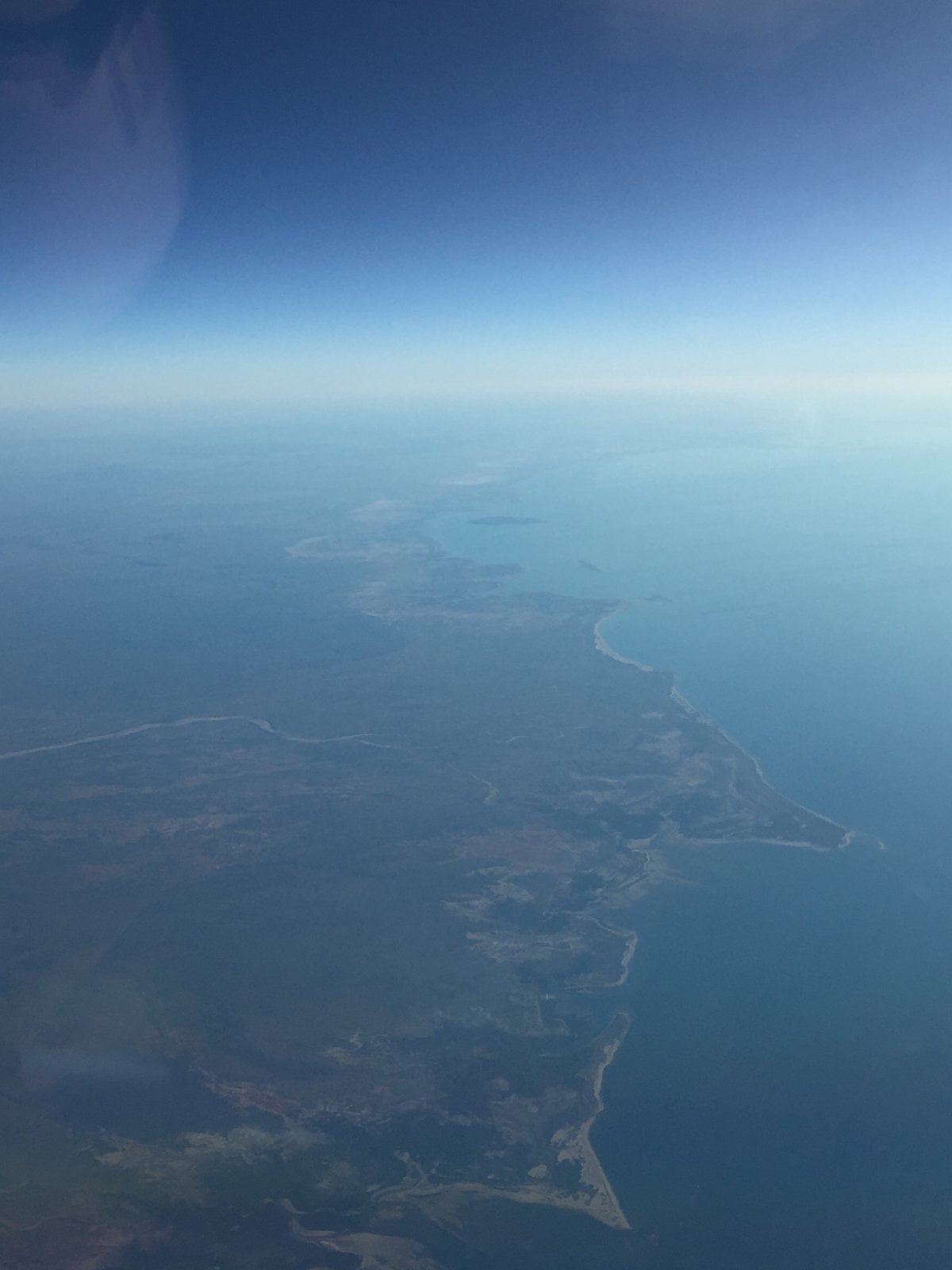 The nav program had it at 48nm/55 statute miles/89 kilometers from the aircraft. That is roughly half the length of Long Island. 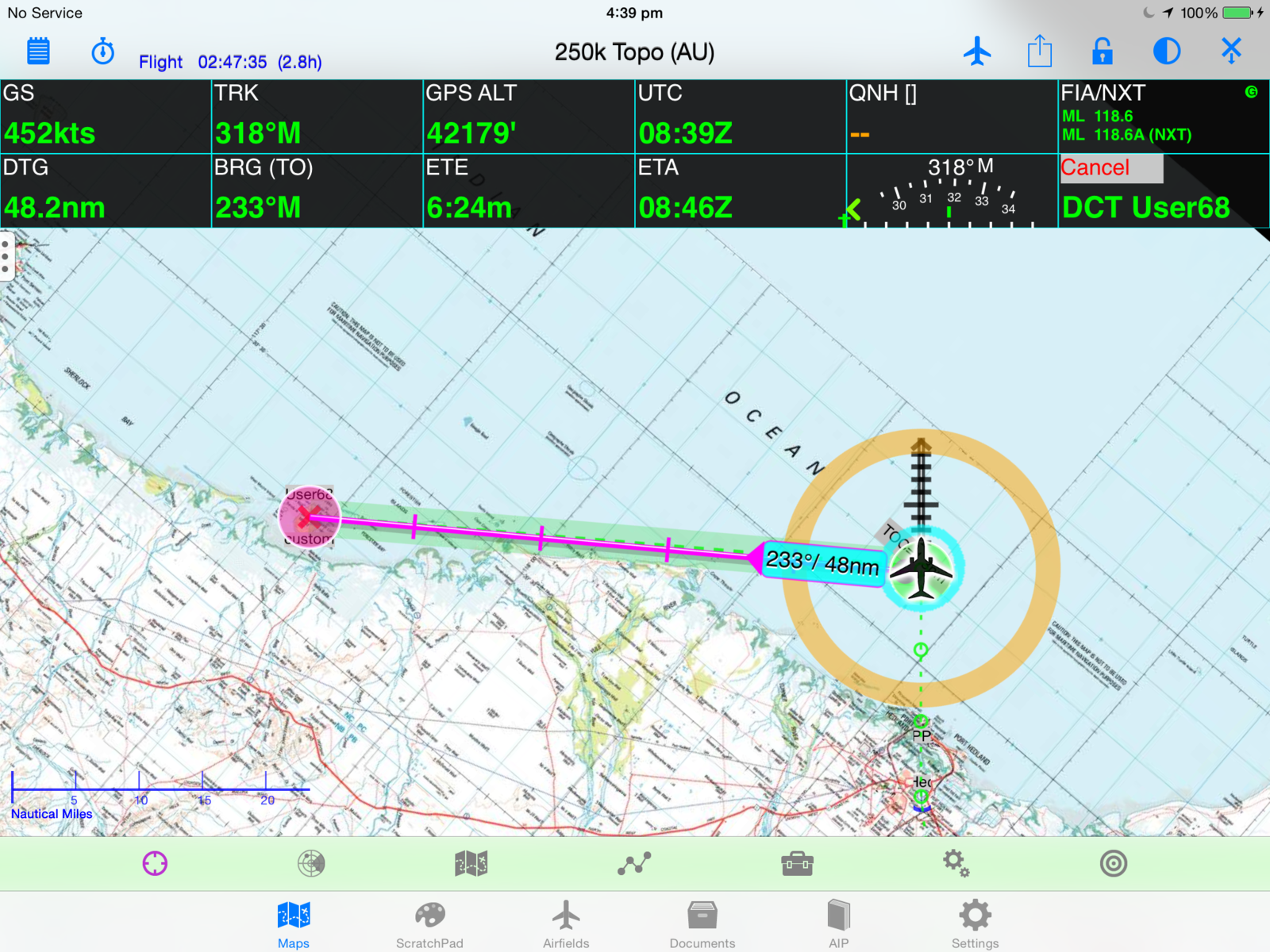 Note the GPS altitude. As mention elsewhere aircraft at high altitude travel at an altitude defined by a standard air pressure in the standard atmosphere. As the atmosphere is rarely standard it means that we were actually flying at a geometric altitude over 2000 feet above our assigned Flight Level 400.

That is ok because the pressure variations aren't large at high altitude, so any opposing traffic is flying in pretty much the same conditions, so separation is maintained.

Thought it would be interesting to see it from the reverse position. If we were contrailing, anyone at De Puch island would have seen us easily.

TWCobra said:
So the ridge is is a little over 12 NM away. This is approx 14 statute miles or 23 kilometers.
Click to expand...


See also this thread, with photos of contrails from over 100 miles and even 200 miles away! https://www.metabunk.org/whats-the-farthest-distance-a-contrail-is-visible-at.t5628/

TWCobra said:
…it was interesting to observe landmarks passing and note their distance. Invariably they were further away than they looked.
Click to expand...

I think the landmarks are further away than they look because the maximal viewing angle of the ground from a side window of an aircraft is usually limited to about 45°. The ground seen at the window's bottom edge is already at the distance approximately equal the aircraft's altitude, which at the cruising altitudes will be about 10-12 km (6-7 miles). As our eyes cannot see a rather wide swath of the ground underneath the aircraft, our (untrained) brains probably do not take this extra distance into account.
You must log in or register to reply here.