How can we interpret witness reports of buckling?

The following witness report of the collapse of 7 WTC, that included a mention of buckling, is taken from the blog https://undicisettembre.blogspot.de, recommended by @Oystein in another thread:


Undicisettembre: Did you see WTC7 collapse? What do you think of it? Did you notice anything suspicious?

Daniel Rodriguez: I was standing in front of it. It was severely burning, it was on fire and I remember that when it fell I was looking at it. The glass was shattered from the ground up, it buckled on the left side and it went down from the left to the right. From what I saw I can tell you that it fell because the heat compromised its stability and it fell.

I felt quite confident that this is some valuable witness report that corroborated the NIST findings of buckling, like shown in this picture: 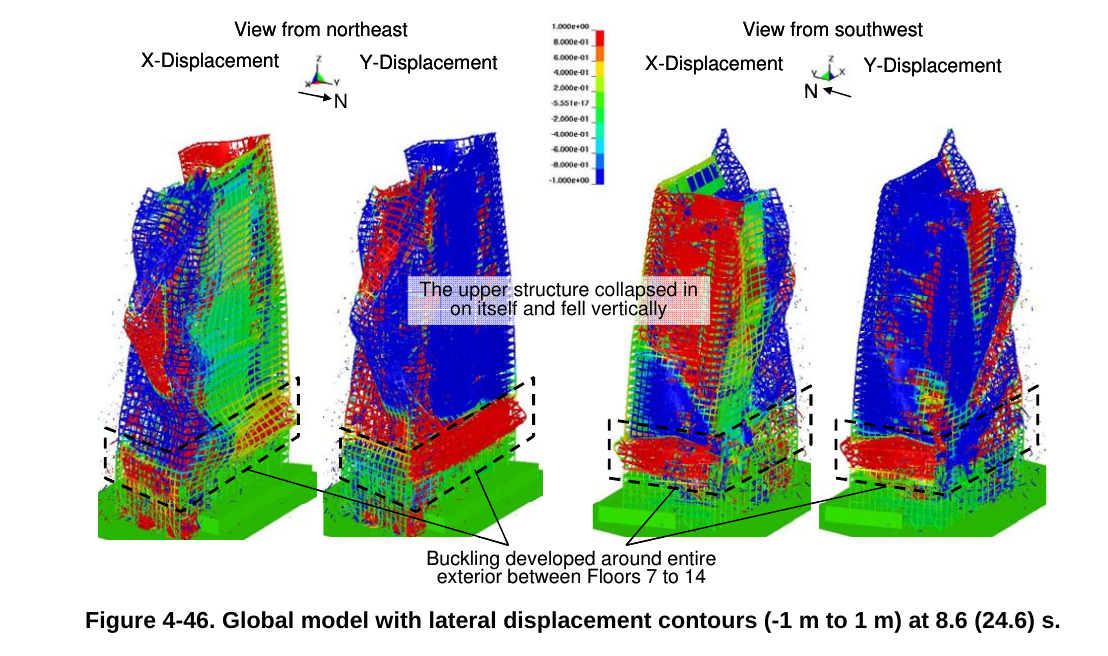 However, by checking the Oral histories on the N.Y. Times website, which luckily exists also in a compiled and searchable single pdf file on archive.org (maybe complied by someone in the truth movement?), I found several other references to buckling, however, this time only related to the collapse of the Twin Towers:

At that point I looked up, and it was Joe Pasquarello grabbed me, and he gave me a pull on my arm. He said, "Get the fuck out of there."I looked up —
Q. Were you still on West Street at this time?
A. Still standing there. The building just started coming down. It buckled.
Q. Are we talking about —
A. Two World Trade Center.
Q. The south tower.
A. It started coming down.

But only after about 15 minutes and after running about two or three blocks away from the trade center, I started to see the top of 1 World Trade Center began to buckle, and at that point I thought the building was going to come down towards the north, and I wasn't far enough away at that point, and I needed to continue to run

So I got back up with the rest of members from Ladder 10 and Engine 10, and we started to run further from the building, and then the building had come down upon itself, and at that point, we realized that now it was time to turn around and go back to the building to look for members that were possibly injured or pinned.


After awhile, I got, I heard the word catastrophic collapses occurred, and then I realized that one building -- that would be the south tower --came down, Building 2. […]
We began to walk. Pretty much my whole battalion was walking down the Westside Highway together. When we got to about a block, say about a block and a half north of the north tower, in between Barclay and Vesey Street, we dropped our gear to get ready to enter the buildings, and the lieutenant and officers that were with my battalion proceeded to try to report in to the chief.Just maybe about a minute had gone by, and somebody said, "Look, the building is starting to bulge." We looked up, and you could see the entire facade starting to buckle on the upper floors.Immediately nobody said anything. We just turned and ran as fast as we possibly could.

Now what makes me wonder is whether these reports all refer to the phenomenon of buckling as it is understood in the NIST reports.

The Merriam Webster Online Dictionary has the following definitions of the verb to buckle (which could make sense here):


3 : to bend or move usually under the influence of some external agency -

So my questions are:

What strikes me as odd about these quotes is that they were able to identify the floor which "buckled" from close to the building at street level. Maybe they should have said 3/4 from the bottom or similar. These quotes sound like people talking and don't know how to describe what they saw.

Jeffrey Orling said:
What strikes me as odd about these quotes is that they were able to identify the floor which "buckled" from close to the building at street level. Maybe they should have said 3/4 from the bottom or similar. These quotes sound like people talking and don't know how to describe what they saw.
Click to expand...

Only one of those interviews mentions a specific floor. The interview was five weeks later, and he may well have incorporated the videos and descriptions from the constant TV coverage into his account.

Mick West said:
Only one of those interviews mentions a specific floor. The interview was five weeks later, and he may well have incorporated the videos and descriptions from the constant TV coverage into his account.
Click to expand...

Jedo said:
So my questions are:


2. People are going to use "buckling" to mean a range of things. It think in the context of the towers it's more used as a descriptor for sudden loss of support. It's not a common everyday word, and most people will encounter it in the semi-figurative usage of a person collapsing, "their knees buckled" — i.e. a sudden loss of support.

Staff member
Even in a structural context, there's two very distinct types of buckling. There's slender column buckling, which in the WTC case would happen over several floors. Then there's local buckling, which a shorter section of a box column might experience. 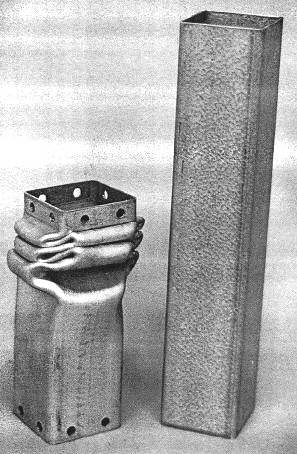 What you mostly see in the collapse of the towers is the exterior sections coming apart at the joins. Kind of bucking like a knee does.

A
Why did NIST ignore thermal failure of the core beams of the Twin Towers?

Sep 22, 2022
Abdullah
A
A
Debunked: Bazant papers are the only evidence for Twin Towers progressive collsose

A
How Transfer Structure Failure Led to "Free Fall" acceleration for part of WTC7's Collapse.
2