I want to debunk this video before it even starts to go viral because it looks rather legit. Two YouTube channels (so far) and 1 FB page are already touting it is a UFO. Here they are:

What this is in actuality if you listen closely to the original video are drones. Don't believe me? Here is a video they have drones that look like orbs in use in this Skoda commercial. Yes, Skoda is a car sold in Poland, btw.

Here is a closeup of the drone in the above video. You can faintly see 3 of the 4 rotors of it as they fly near the car. 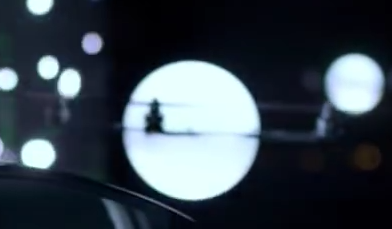 It appears that the farmer was in the country riding his bike, came across these guys testing these drones out (4th of September) in a big open area near a cornfield (before their commercial shoot a few days later when it was posted on September 7th for Skoda, he genuinely thought it was a UFO invasion of Krakow (he writes this in the annotations of the video) but eventually found the car commercial someone told him about and posted the link into the video.

This is just a clear misdentification and not malicious but I bet dollars to donuts someone will propagate this out and make it viral (hence the intercept). Took me a whole 8 minutes to find the original video after I saw it on my Facebook post and track the evidence down. If this video gets passed around just send them the link to this site. Maybe after they see it people will be a bit more skeptical and more rational and not believe in hoaxes.
Last edited: Dec 9, 2015

I'm also interested in the "UFO buzzes airliner" segment. I assume it is an ordinary aircraft, leaving a contrail, with the sun reflecting off the aircraft itself, although it seems to stay very bright over a very wide angle.
You must log in or register to reply here.