I don't find this video, an equal comparison with collapse between the two buildings (video below).
The image on the right, you would hear a "boom, boom, boom" just before the collapse.
There is no audio in these video clips.
Also, the video edits out the (left image) WT7 penthouse failure down through the building before collapse.
(has this vid been critiqued here before..?...could not find it)


If anybody can find the original video(s) from the right.....I'd appreciate it. (with audio), or this video, where Alex Jones uses as a comparison.
Last edited: Sep 10, 2014

the first building links to this site http://www.luogocomune.net/site/modules/news/

the second building, I don't know but his site has a gif. its a bit easier to see the name of the demolition company...cant quite make it out john _. hunt? maybe. my graphics aren't that good. http://bofs.blog.is/blog/bofs/?offset=800

there is a john hunt in demo, but I'm basically guessing at what the sign says http://www.johnfhunt.co.uk/

this looks close to,,, it maybe from the other building side

derwoodii said:
this looks close to,,, it maybe from the other building side
Click to expand... 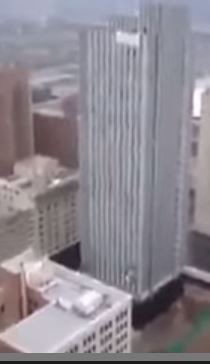 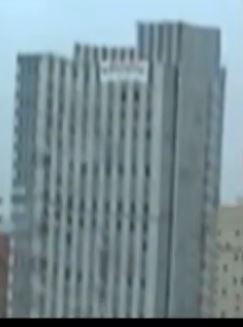 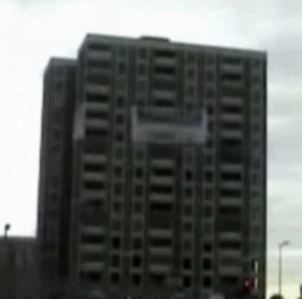 I use that one in my "Sounds of Demolition" short compilation, as it has especially loud bangs, and at similar distances that WTC audio/video was recorded from. It's also referred to as the "Landmark Tower".

Thanks everyone....
In every case....there were big "booms", as you would expect in the typical demo'd buildings on the right side example.

..WTC7 did not "sound" like a controlled demolition.
This is the thorn in the foot of the "controlled demo theory". Notice that there is absolutely NO footage of WTC7, that has audibly recorded "booms booms" before falling. Notice that most proponents of the "demo collapse" will post videos "without audio"......because they don't want people to hear a "live" silent collapse, thereby ruining their theory.
"A steel frame building has never collapsed from fire" but as far as a silent thermite collapse >>that has never happened before either<<....and has not been used since. If this building fall was so successful using thermite, (and the secret is out) why is this technique not used today, world wide ?

What these people don't want you to see, is that on the opposite side of the building, the building is completely on dire fire, and was previously damaged from the other 2 tall WTC towers. What they also don't want you to see, is the penthouse falling through the center of the building, before collapse. This is edited out in in most videos. (why?)
What they want you to believe (thermite theory)....is that workers somehow accessed the core building's steel structural members weeks before (dug huge holes in the walls of the building) and planted secret thermite cutting devices on these steel supporting members.
When confronted with this idea.....all sorts of unexplainable scenarios ensue as to how this could have happened in front of hundreds of office workers, with STILL not one person acknowledging that this ever happened.

Leifer said:
Thanks everyone....
In every case....there were big "booms", as you would expect in the typical demo'd buildings on the right side example.
Click to expand...

Yes....and NEVER recorded on 11 September 2001....nor never reported by the many thousands of people who were there, that morning.

SO, begs the question as to 'why' the CT still thrives? (Based on only a 'few reports' of so-called "eyewitnesses" who NOW tend to recall hearing "explosions"?).

what does an explosion sound like? How often have YOU actually heard one in real life.
I remember hearing a loud explosion like sound at Avonmouth docks and when I turned round, it was a crane dropping scrap metal into a ship.

MOST of the witnesses who claim to have heard explosions went on to say, and then I realised it was XXXXX but those parts are edited out of the recordings/transcripts by CT proponents, just like the guy who mentioned cruise missiles at the Pentagon said FIRST "I saw a jet, an American Airlines Jet" but you will never hear THAT on an Alex Jones video.

An explosion is just a sudden movement of air isn't it?

according to wikipedia: An explosion is a rapid increase in volume and release of energy in an extreme manner, usually with the generation of high temperatures and the release of gases.

but yes. the point is that NONE of the 3 buildings that fell on 9/11 were accompanied by the traditional "COntrolled Demolition" HUGE bangs. This is obvious from all the video footage and the lack of huge numbers of people reporting hearing anything.
People reported various things at various times. some of these were described as explosions, like a bomb going off, rumbles and all sorts of other things.
These are normally presented, usually out of context to lend creedence to the CD theory. There are many other explanations for what they could have heard, from the crashes of the planes, explosions of fireballs down lift shafts, various items such as gas canisters or power transformers exploding, colla[pses of various parts of various buildings etc.

Unless those are ruled out by the seekers for 9/11 truth, they will never find it.

Efftup said:
when I turned round, it was a crane dropping scrap metal into a ship.
Click to expand...

This video....has sounds similar to "explosions", but there are no "explosives" at all:

On one of my submarines a 3/4" diameter capacitor got thrown in the trash without first being discharged and it discharged when it was compacted in the trash compactor. I was about 80 feet away and it sounded like a shotgun being fired.

One more point, a subtle one:

There were plenty of cameramen around WTC 7 at the time of its collapse, professionals and amateurs alike, shooting video here and there. Every single one missed the onset of the collapse, the east penthouse falling through the roof. Surely a series of large explosions would have caused at least one to start recording and panning around, but none did. All of them started recording either from the reaction of the crowd, or them witnessing the fall themselves, not from any sounds.

There were four cameras that got it: Two mounted, continuously recording cameras, and two interviews using WTC 7 as a background. None record any explosions.

The only camera with a close-up view of WTC 7 that caught the onset was a CBS News mounted camera that was unfortunately over-exposing the scene. That's the one we have to rely on.


The above also shows an audio level timeline, and one loud noise shown, as would be expected if an internal structure gave way. Not several "booms", as found in the other planned demolition comparison videos.

This video give a pretty good description.....


The above also shows an audio level timeline, and one loud noise shown, as would be expected if an internal structure gave way. Not several "booms", as found in the other planned demolition comparison videos.

This video give a pretty good description.....

THAT about sums it up, folks. The NYFD cleared the area...they were concerned about structural integrity....THIS is also in the record, of that day.

This video (with audio muted before/during the WTC7 collapse) shows how it is possible for conspiracy believers to bolster their claim of "controlled demolition"...by not including any audio just before, or during the collapse......and enabling audio only after the collapse....

We don't know, but people could enhance or reduce the audio levels of that one noise before the penthouse collapse.

These two youtube video copies sound different during that moment, yet they are of the same video.
(the one I posted above)

To be fair.....it could be their recording software settings, or levels set for playback. But the crowd noise levels seem to be the same. These are variables, so I won't post accusations of audio manipulation.

EDIT: upon hearing the first video over and over, I am convinced the audio level was enhanced during the 1/2 second moment of the claimed "explosion". I can hear a bystander's voice enhanced (raised) too.......especially right after the claimed noise.
His voice (and background noise) is raised during the claimed "explosion".....then immediately drops back to average levels. This is the dead give-away.
Try listening for it.
Last edited: Sep 14, 2014

I don't hear a noise in either video.

I hear a spike in audio level in the first video (loud noise), at the moment of the reported boom.
I don't hear that same (loud noise) nearly as pronounced in the second video......the "loud" noise sound
.
FWIW......I have a full-range audio system on my PC, and a professional sound card.

This is not scientific or evidence of intentional audio manipulation....Let me state that, because I cannot prove it.

I believe there is a way to access original clips from the network or it's affiliates ?? Anybody know this ?
Last edited: Sep 13, 2014

Leifer said:
access original clips from the network or it's affiliates ?? Anybody know this ?
Click to expand...

you can write them and ask them for copies. they might charge a fee.

I know our local stations have their footage online. even on youtube. not sure if things are 10 years old they are still online though

Back when I was debating this issue more.....there were links to original footage.....I'll look some more.
Something like this....https://archive.org/details/sept_11_tv_archive
....but it was accessible links directly from the networks, possibly via FTP.
I forget .

Leifer said:
Back when I was debating this issue more.....there were links to original footage.....I'll look some more.
Something like this....https://archive.org/details/sept_11_tv_archive
....but it was accessible links directly from the networks, possibly via FTP.
I forget .
Click to expand...

I downloaded a bunch via http://911datasets.org
E

Some truther presented this video to me. I personally think the video is suspicious. I have NEVER see any video of WTC 7 have these sounds. What does everyone else think?

Some truther presented this video to me. I personally think the video is suspicious. I have NEVER see any video of WTC 7 have these sounds. What does everyone else think?

Covered already, it is a hoax. One moment:


There is also an 'MB' thread, not sure where it is atm....
You must log in or register to reply here.