I'm going to need a bit of help identifying this. I'm not part of the tinfoil crowd, neither is the guy who sent me the photos, passenger on a flight over the Pacific, F-HREY BF712 from Pointe-a Pitre to Papeete recently.

I'd obviously say ships, but I don't know what kind of ships would have such bright lights, nor be so many . He said they were also flashing in unison, although that could be clouds passing beneath the plane. Thing is, I personally don't know how ships look when seen from a plane at night, but he's a frequent flier; so I'd assume he'd know better. The photos were taken on a Samsung S10 (IIRC), sent via messenger, but I hope to get the originals, complete with exif data, within a few days.

I'm trying set the exact time and location, but I'm caught up in the time zones. On one photo, it says 4h49 min to arrival. Given that flightradar shows it landed at 22:58 (probably local Papeete time), it would be roughly 18 PM, but still night where the photos were taken, so I don't know. Location seems to be way out over the ocean, with no land nearby.

I've been looking around the MODIS worldview images, to see if I can make out something, but I can't seem to find visible night footage. And even then; I'm not sure they'd show up on satellite 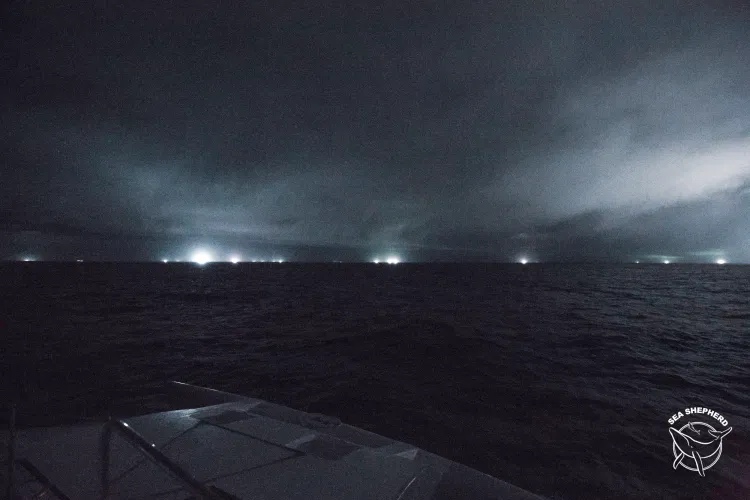 Yup, that has to be it. In the area at the time as well, I guess. Thanks
You must log in or register to reply here.