Hello can you explain this video please?

Also kindly tell me what you would say if the following conversation were to take place.

A - you are telling me that to my right the sky had a different atmospheric condition than the sky to my left with a clear division line down the middle? hahha

B- You do not beleive that atmospheric inversion layers exist?

A - I do not believe what i saw today was an inversion layer ...LAYER ... half the sky vs the other half ..

Staff member
They are contrails. There is no evidence for chemtrails. Go to www.contrailscience.com to learn about contrails.

These two simple diagrams demonstrate how different air masses often meet at angles. The atmosphere has both vertical and horizontal motion, it's dynamic and often chaotic even when it seems to be calm and clear on the ground. 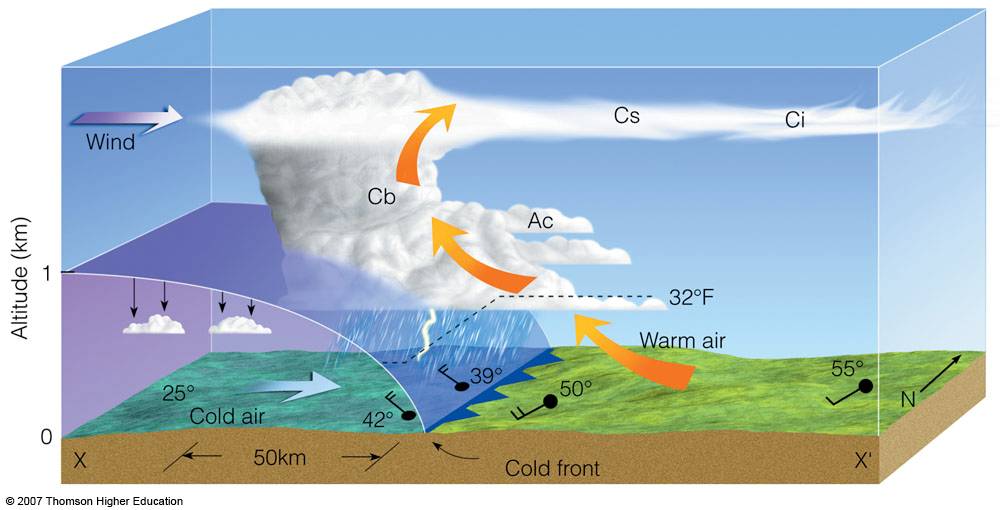 It could even be a simple as the aircraft doing an enroute climb into an air mass with higher RH.

Aircraft do enroute climbs all the time, particularly on longer flights as they burn off fuel. Generally the higher an aircraft can cruise, the less air resistance it encounters and hence it burns less fuel for the same speed.

This graphic might help show how a plane passing through areas of air which are supersaturated with respect to ice but not in a uniform way can cuase contrails to start and stop along a particular course. The keyword for you here is "Ice Supersaturated Regions", sometimes abbreviated ISSR's 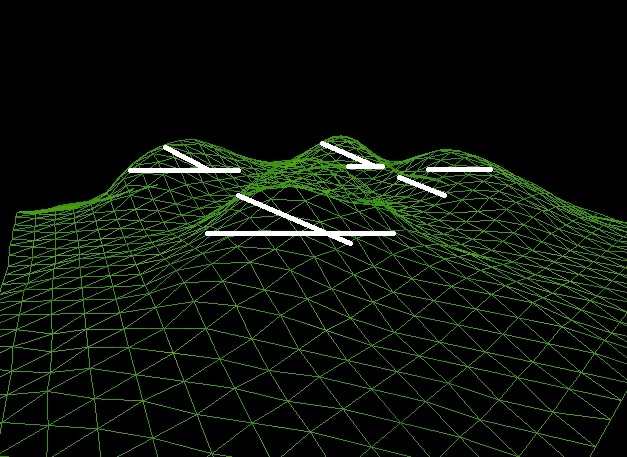 here is a reference you won't find at chemtrails websites. They either don't know or they don't want you to know.
Now you know:
http://www.pa.op.dlr.de/issr/index.html

For ten years, ordinary commercial airplanes were equipped with equipment capable of recording the humidity during their flights. It generated an enormous amount of data which revealed the extent of ISSR's. Be sure to read and understand what the above link explains about the horizontal and vertical extentof ISSR's. That is key to understanding what the leadership of he chemtrails movement doesn't want you to know.

There is an interactive Contrail Applet (Java - ignore the warning, just run the thing!).
Position the "Environment dot at about -40°C and 10 Pa, hit the [Fly] button and move the Environment dot horizontally to 15 Pa.
First, no trail until you move the dot, then, after moving the dot a persistent trail appears!

It is very unlikely that in level flight and clear sky there will be very much, it any, ambient air temperatire change along the flight path. To get a temperature change you need to fly into another air mass (cross a front with all its attendant weather), or either climb or descend.

However, there can be changes in RH without there being a front, weather, cloud or anything. It is just a change in RH. That is what is being simulated here - a change in RH in level (at the same temperature) flight. The RHi goes (in this example) from 76% to 114%. (This is RH with respect to Ice, not Water.)
No trail in the 76% air - too warm and not moist enough; you can experiment with that in the Applet.
Persistent trail in the 114% air - by increasing the RH you have managed to get water saturation at some point (mixing line crosses the "Water" line - experiment with that, too), the condensation froze, but now it can't evaporate because the RHi is above 100% - the air is ice-supersaturated.

This Applet is such brilliant teaching/learning tool. It is a pity that there is warning pop-up on it. When referred to it, and this sort of thing happens, suspicious minds imagine the worst and come back full of bluster.

Anyway, that is the explanation - the planes flew across a fairly sharp boundary between air with different moisture contents.

Ross Marsden said:
The ISSR shapes are probably more like disconnected floating blobs than [the] Rolling Hills of Kentucky
Click to expand...

Wouldn't some, or even most, of those discreet blobs be laminar, with uneven upper and lower boundaries due to horizontal wind shear and internal buoyancy/gravity waves? Like Jays diagram which has defined edges and undulations within? For example, I would think atmospheric rivers and upper level outflow of convective systems and cyclones, all laminar and subjected to shear and gravity waves, would be potential ISSR regions.

solrey said:
Wouldn't some, or even most, of those discreet blobs be laminar, with uneven upper and lower boundaries due to horizontal wind shear and internal buoyancy/gravity waves? Like Jays diagram which has defined edges and undulations within? For example, I would think atmospheric rivers and upper level outflow of convective systems and cyclones, all laminar and subjected to shear and gravity waves, would be potential ISSR regions.
Click to expand...

Yes, I suppose I meant really long stretched out blobs, but blobs so that they have a more or less vertical boundary through which a plane could traverse and give the effect shown in the video (and many other photos).
You must log in or register to reply here.

Can anyone explain me how to link a specific post?

A
Needs debunking: High altitude flight video with no curvature