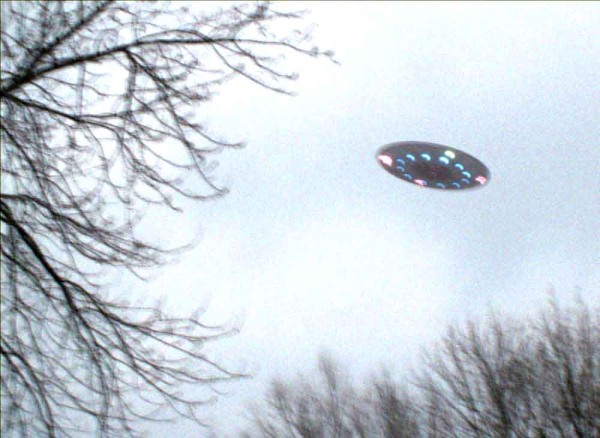 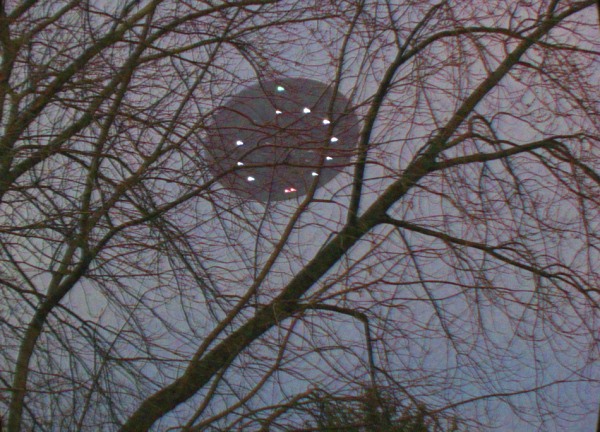 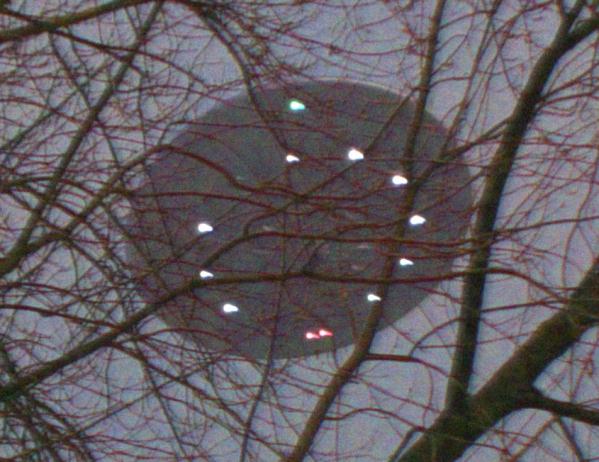 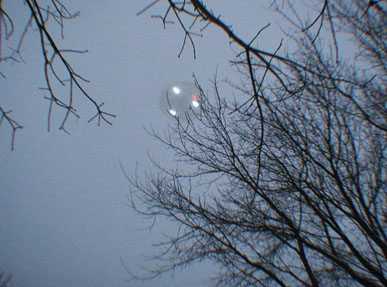 I've been fascinated with these photos for years. I remember someone giving a plausible explanation for them on Reddit a long time ago. I can't find the exact link but there was a Star Trek Enterprise toy/model with lights that looked very similar to these photos. The saucer part of the Enterprise only of course which would mean these photos were faked using a model, perspective, and possibly digital and/or practical trickery.

The years 2003-2007 seem a bit early for a consumer drone but not a military drone. This could be a hoax as well obviously.

The Reddit post contains some Star Trek Enterprise model photos but they don't show the underside of the saucer part of the model: 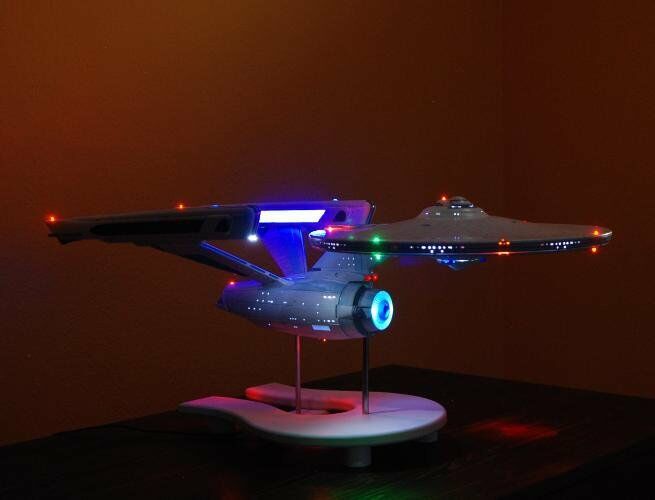 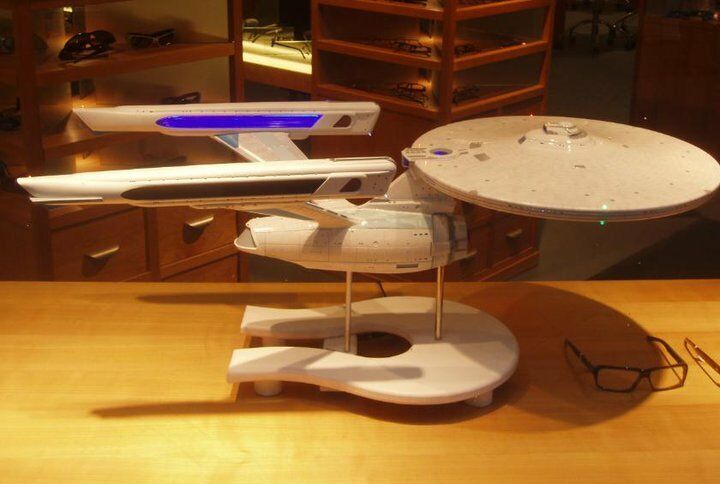 P.S. Mick, I'm a big fan! I just joined this site today. Thanks for being the voice of reason over the last few years especially for all of the underwhelming Navy/Tom Delonge videos.
Last edited: Sep 4, 2021

My first thought was photoshop because the sky looks funny colors, but..

edit add: found my pic.. these are american black crows in a tree 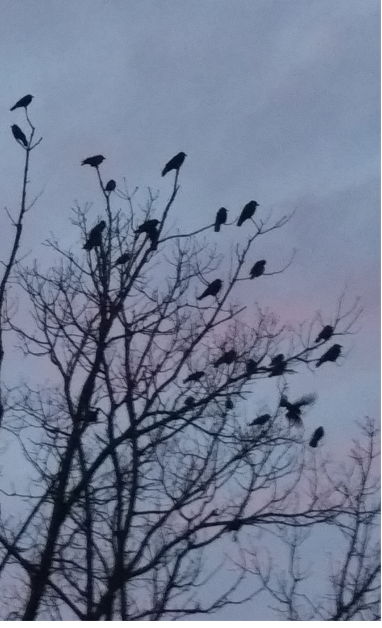 I'm no Photoshop expert but I'd imagine compositing/editing in the UFO behind the branches would be harder. I suppose it could be the other way around and the tree branches were added to the UFO image. Unfortunately the resolution for consumer cameras in the early to mid 2000's was garbage. I don't think it's a coincidence that all the photos are on a overcast/cloudy day. Maybe they were all taken on the same day. Or the overcast day is helping obscure strings/editing. If anyone has more info on the Star Trek Enterprise model I'd like them to chime in. Are the lights configurable? The single photo from 2003 has a different configuration of lights but if the model lights can be turned on and off in different configurations or patterns then that could explain these photos.

I'm just a guy that grew discovered Sagan, Randi, Hitchens, Dawkins, Harris, and other skeptics at an early age online. I'm not an expert in any field that could help and I'm no good at math. I've had a fascination with UFO's since I was a child. I read all the UFO books at my school library and in my local community library. I watched all the TV UFO documentaries and specials I could live and online. I don't believe they are extraterrestrial in origin. I think that all can be explained as hoaxes, misidentified commercial planes, military planes, civilian drones, military drones, blimps, atmospheric phenomenon, stars, planets, etc. It's a fun topic to think about.

More on the Weyauwega UFO:

This picture clearly shows a circular-shaped object with three bright white lights and a small red light in a position high in the sky relative to the photographer. The camera appears to be well focused on the object in comparison to the trees in the foreground with enough light remaining in the sky for good depth-of-field.

A contrast-enhanced enlargement of the picture shows us image compression artifacts consistent with the JPEG compression used in digital cameras. (Indicated by the boxy appearence of the sky and granularity around the edges of the branches.) 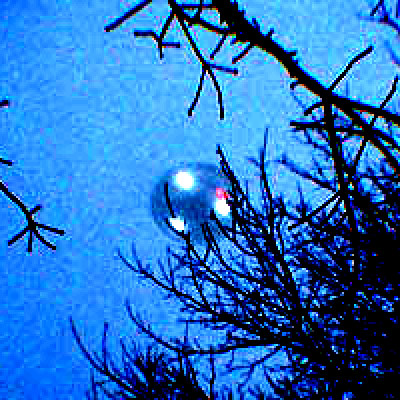 The object appears to be behind the branches of the tree in the foreground, with the notable exception of the light on the lower-left portion of the disk. However, because of the brightness of the lights (which is more evident in the second photograph) it would be consistent that the thin branch would be washed out. Also notice there is a small branch evident in front of the much dimmer red light.

We can see no obvious digital manipulation of the image, such as smearing from a digital 'paintbrush' or inconsistencies where the object might have been carefully masked to appear as though it were behind the branches.

The object also appears washed out in the image, which is consistent with how an object might appear at a great height during a cloudy evening. This would say that it wasn't an object simply hoisted behind a tree or some kind of lighted frisbee.

There is something fishy with those pictures but i cant point out where or what it is.
Also i noticed it has a green and red light to the sides , which are common navigation/position lights on planes. Its suggesting me its more earth related than some extraterrestial object.

MrAudi92 said:
I'm no Photoshop expert but I'd imagine compositing/editing in the UFO behind the branches would be harder. I suppose it could be the other way around and the tree branches were added to the UFO image.
Click to expand...

It's not really hard. This took about ten minutes, including trying to remember how to do it. 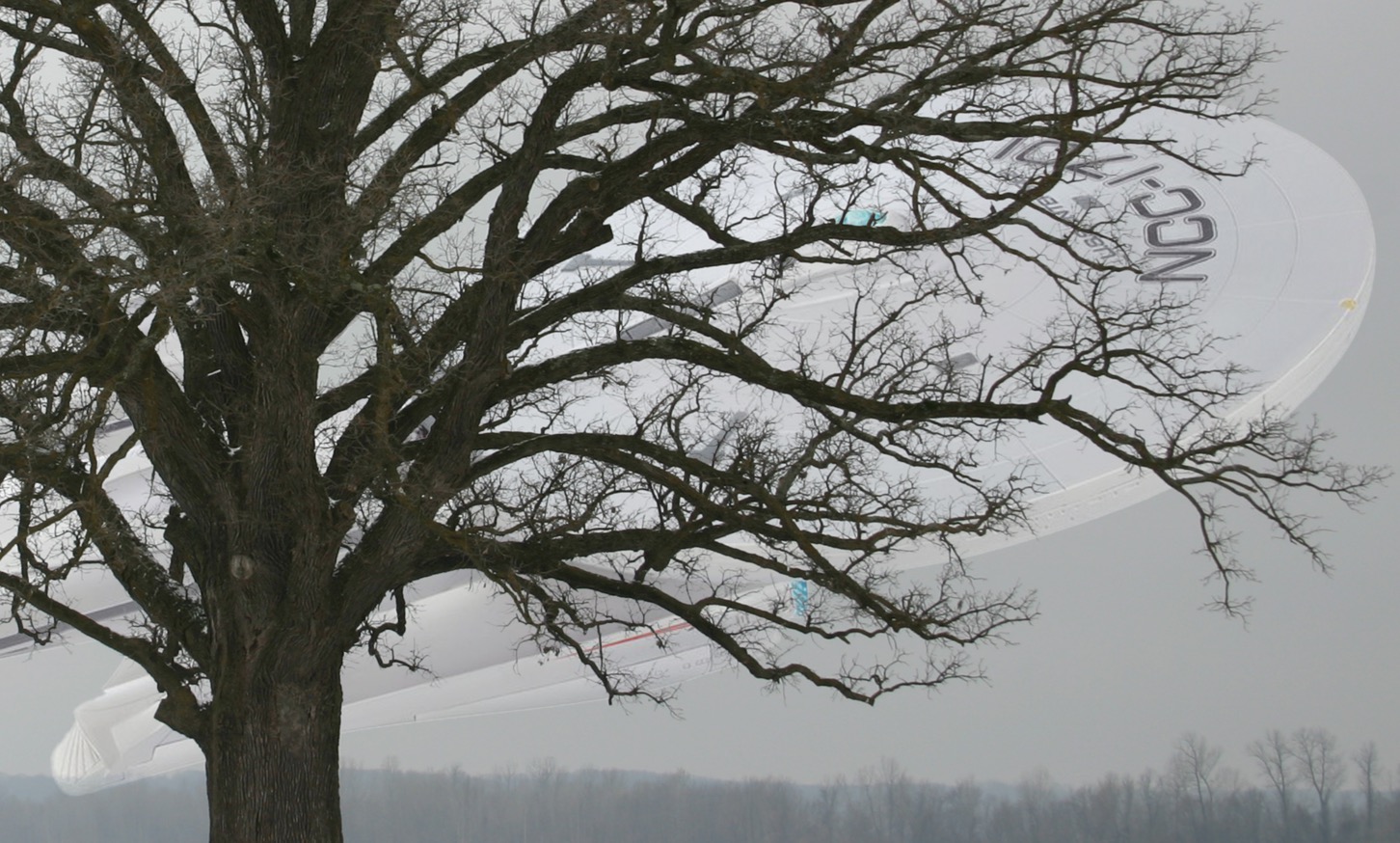 Mick West said:
It's not really hard. This took about ten minutes, including trying to remember how to do it.

Thanks, I'll put that technique to good use next time I fake a UFO pic!
(Or debunk one somebody else shopped.)
You must log in or register to reply here.