Hello everyone.
I would like to ask you the question about two parameters that are always considered invariable in the analysis.
The first concerns the difference in wind between the cruising altitudes of the two objects.
In the mid-latitude Atlantic Ocean, a fast flow of air called a jet stream is present in the upper troposphere.
The wind difference between fl130 and fl240 frequently exceeds 100 knots. This would result in a speed variation in the target from 0 up to 240 knots. That these operations take place in environments with such high gradients is confirmed by the call of the wind at 120 knots from the west heard in the GIMBAL video.
For example, this is the situation today.

The wind difference is 40 knots despite the fact that the maximum wind at altitude is relatively low.
Under these conditions the object would travel at a speed between 0 and 86 knots.

The second parameter concerns the reference surface. The analysis performed on the speed of movement of the wave crest in the movie fragment when the target is locked is too high.
So the real question is. But are we really sure that the sea in the background is?
It is probably this: 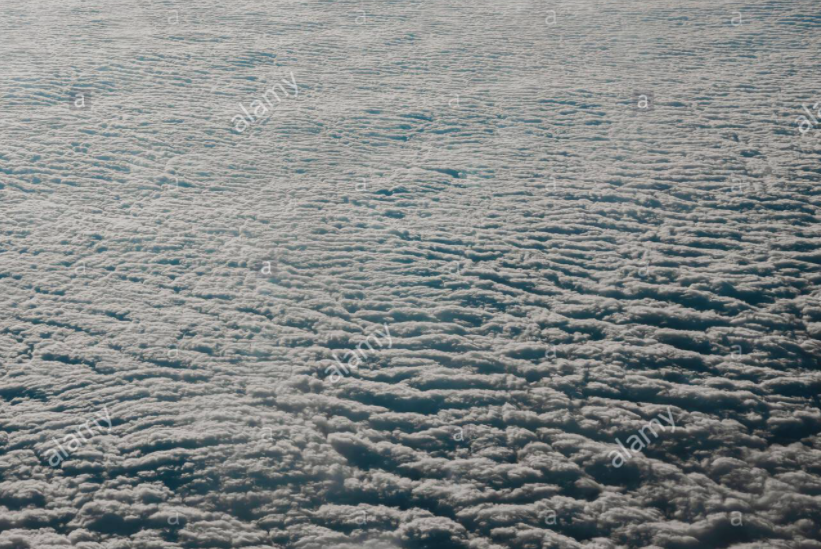 Once again this is visible on the GIMBAL video, where a continuous carpet of clouds can be seen under the fighter.
This too is a very common weather phenomenon, especially above large water masses where there is more atmospheric stability.
Frequent air travelers often observe this layer of Altostrati which obstructs the view of the ground below for several hundred miles.

Staff member
I think it's the water, because you see it change, exactly as if there were waves moving. Clouds would not do that.

This thread has not got a lot of response, I think, because that seems obvious to most people.

I re-watched the gofast video, and especially in the beginning, there are some moments the camera is relatively stationary with respect to the background. I just see waves, as such, with long wavelength, thus slow(ish). When the lock-on occurs on the object, it is much less obvious that they are waves though.

Ravi said:
I re-watched the gofast video, and especially in the beginning, there are some moments the camera is relatively stationary with respect to the background. I just see waves, as such, with long wavelength, thus slow(ish). When the lock-on occurs on the object, it is much less obvious that they are waves though.
Click to expand...

I
If you look one frame at a time you will see that the shape, height and distance of each ridge remain perfectly the same for several seconds. The movement is due to the camera which in some moments even moves erratically.
A closer analysis would show waves 20 meters high and 90 meters away! A storm with a completely clear sky.

Staff member
Here I've stabilized the water surface. The loop is 3.5 seconds, and you see the wave patterns change.